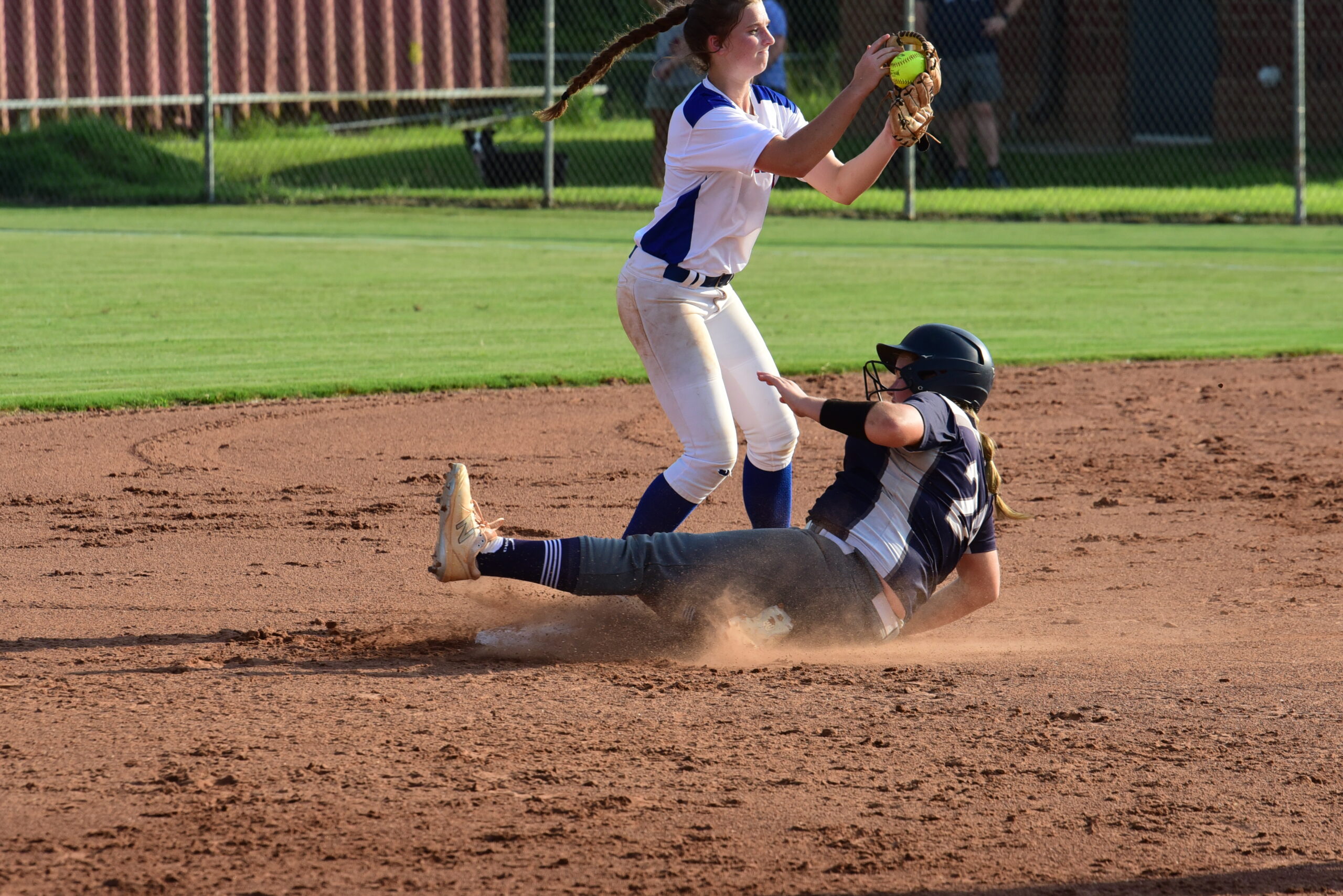 It was a football game.

No, it was a softball game, just with the score of a football game. Such was the matchup between Veterans and Northside, Thursday at Veterans. The Lady Warhaws won 19-10. They did so on the waves of a 10-run sixth, not to mention a five-run fifth.

The Lady Eagles got out front with five runs in the first, then made it 6-0 with a run in the second before Veterans go on board. The Lady Warhawks cut it to 6-3 with two runs in the bottom of the third, but Northside made it 10-4 with a four-spot in the fourth.

The rest was Lady Warhawks, out-hitting one of their local rivals, 17-10, by the end. The Lady Eagles, dropping to 3-2, were also charged with three errors. Veterans was perfect on the day and improved to 2-1. 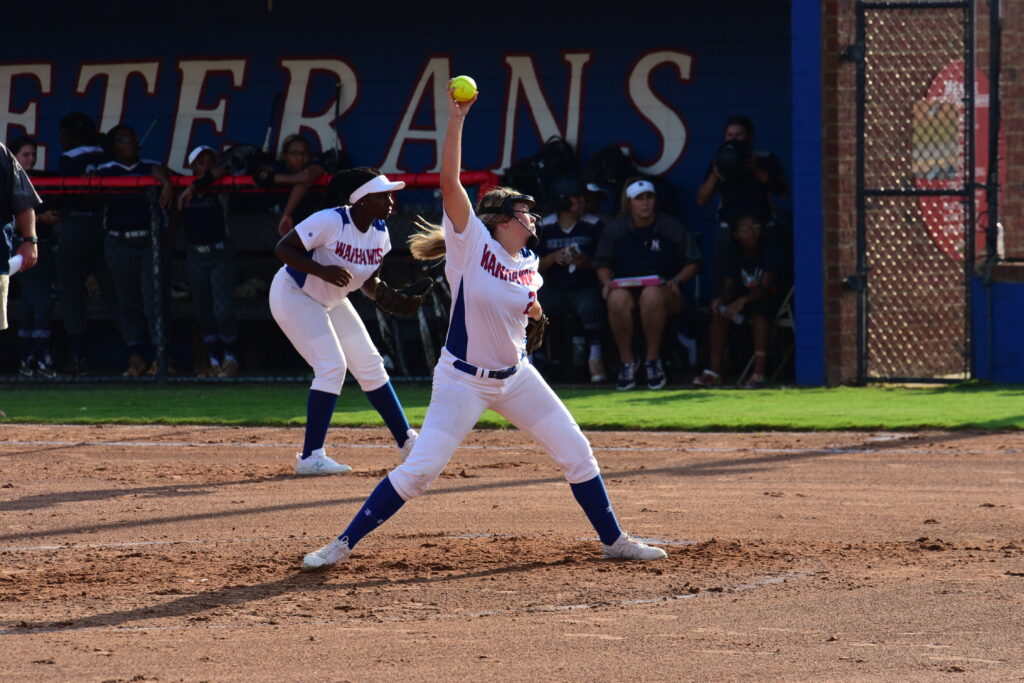 Three walks to load the bases helped Northside take its early lead in the first. Back-to-back singles by Audra Carroll and Riley Mitchell made it 3-0 and then a two-out single by Libby Parsons added the final two.

Veterans had a pair of walks in the first but couldn’t get them in. The Lady Eagles’ sixth run came off Madelyne Lee’s homerun to left. The Lady Warhawks took advantage of an error and a walk to manufacture a run in the second – Nicole Chavous’ sacrifice fly did the trick. A leadoff error also helped open the door for the two they scored in the third. Trinity Glover singled following that. With one out Hailey Sanford did the same, then with two outs Alli Eidson – the one who had walked – scored on a wild pitch and Glover scored on E Batten’s sacrifice fly.

Lee hit her second homerun in the fourth. That came after Casey Ruffin had doubled to start the inning and made it 8-3. A couple of walks and a hit batsman added one more to the tally before Parsons singled home another.

A leadoff walk followed to K Knight led to a run after a wild pitch got her to second and Chavous singled her home. 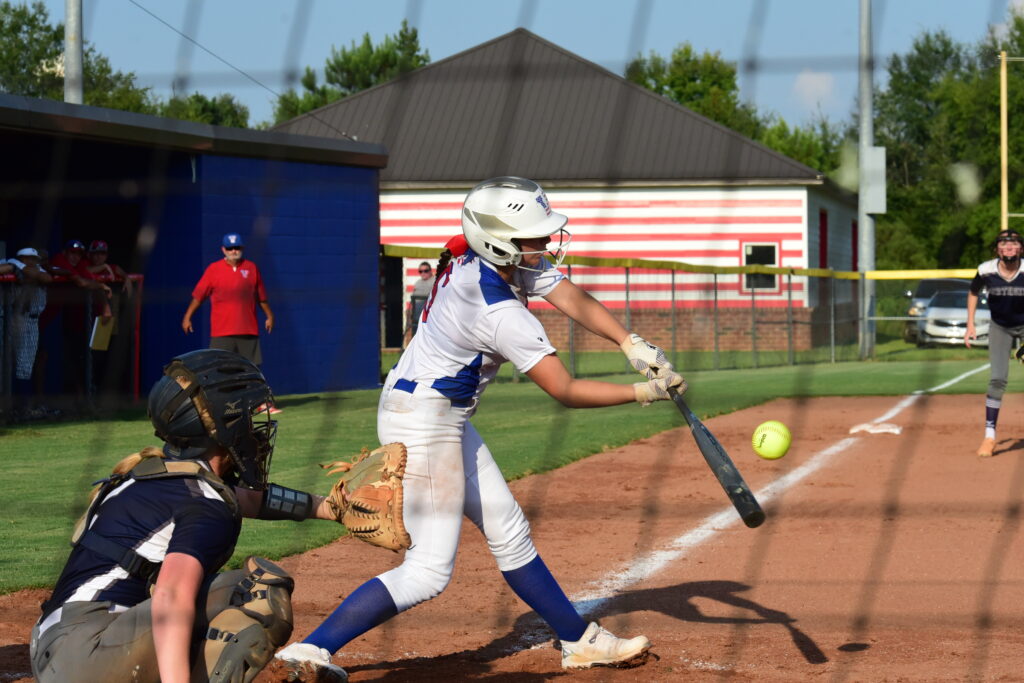 The beginnings of the rally – the fifth – began with a leadoff walk to Hailey Sanford. Ellie Batten was hit by a pitch and Kasey Gibson singled to load the bases. K Knight singled to bring in K Kirksey, who came in to pinch run for Sanford. Chavous singled to bring home Batten and Gibson. A wild pitch enabled Knight to score and Eidson’s sacrifice fly brought in Chavous. It was 10-9 by the time the smoke cleared.

The Lady Eagle went in order in the top of the sixth. The Lady Warhawks broke it open with seven singles with a pair of walks sandwiched in to break it wide open.

Chavous went 3-5 and drove in five to help lead Veterans on offense. Glove was 3-3 and scored twice. Sanford was 2-4, Gibson 3-5 with an RBI and run scored and Knight 2-2 with two walks, two drive in and three runs scored.

Lee was 3-3 with three RBIs and three runs scored. Mitchell was 2-4 with two RBIs and Parsons was 2-2 with a walk and three driven in. 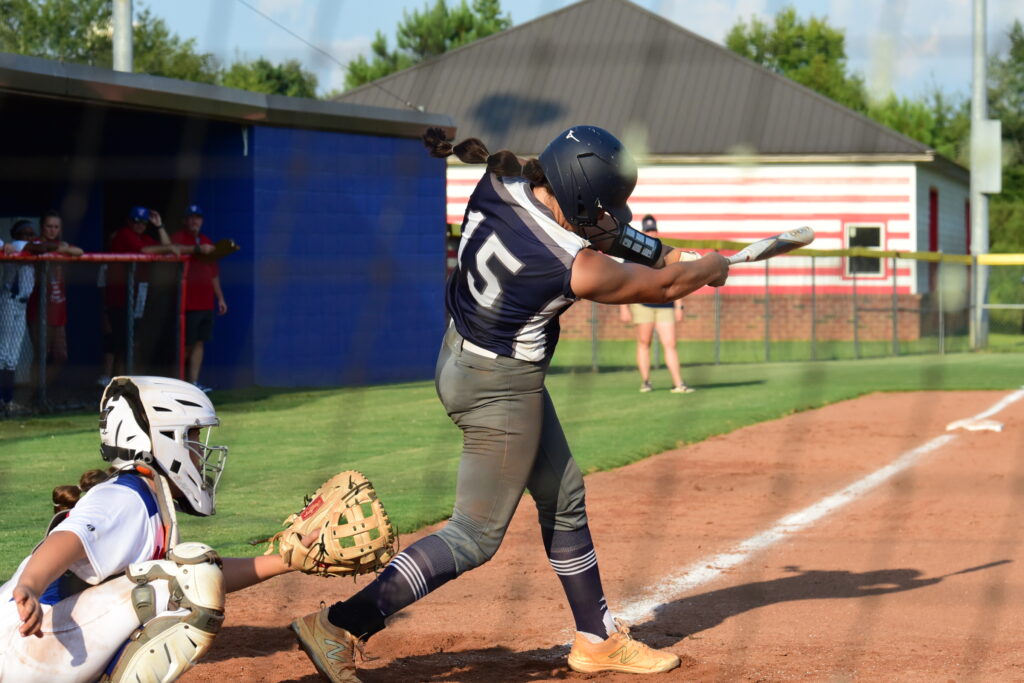 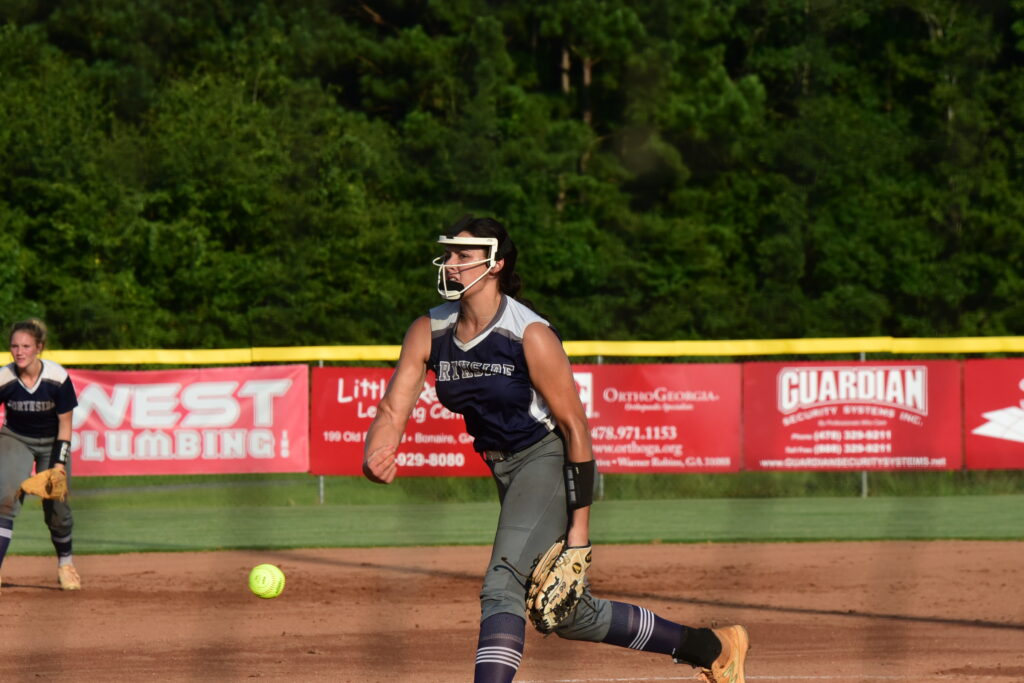 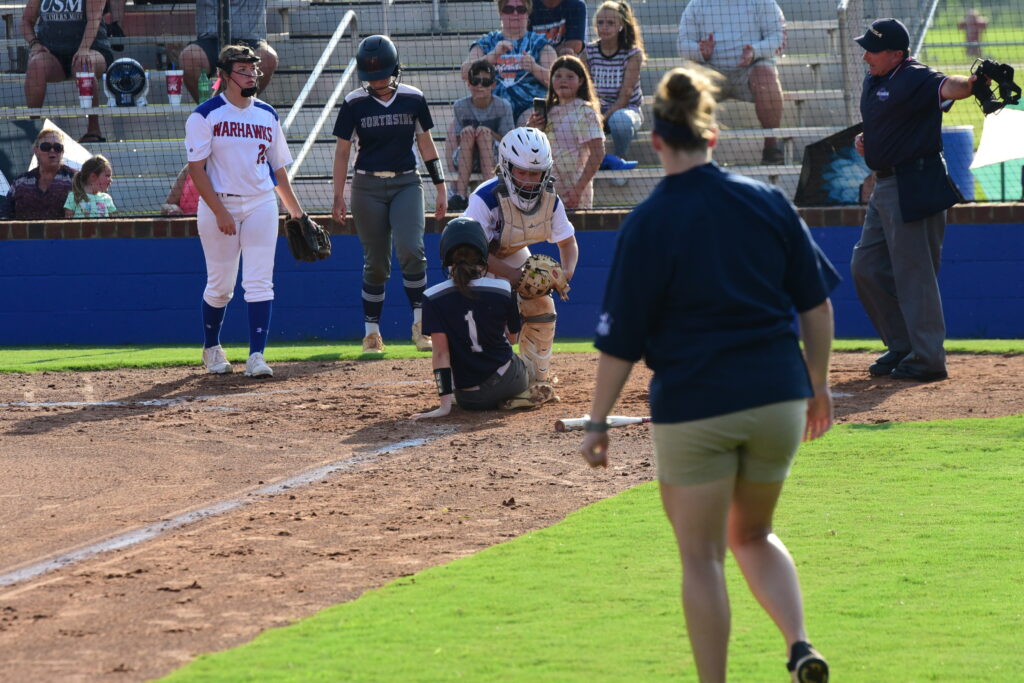