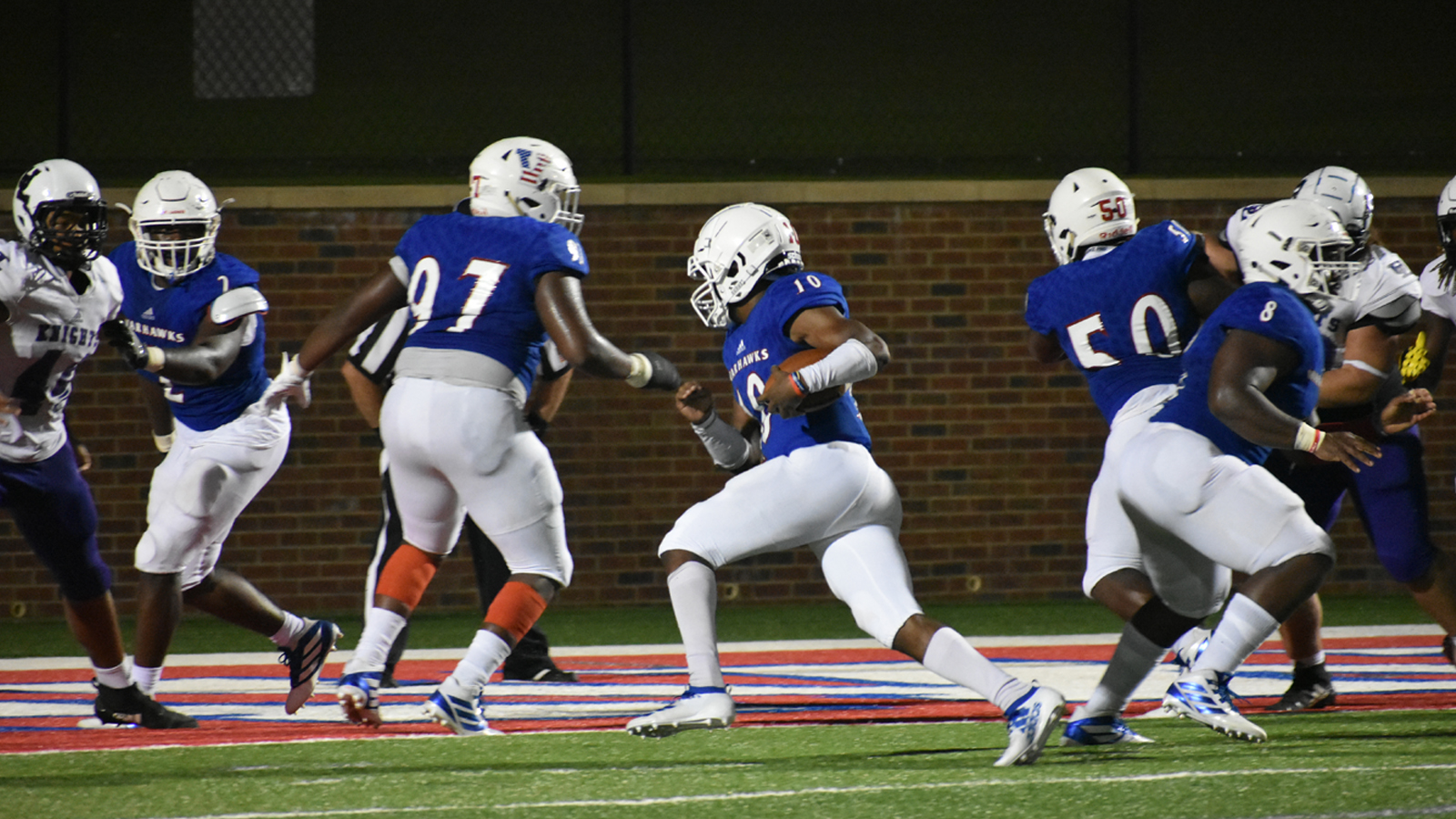 When you find a formula that works, why change? The Warhawks didn’t. They rolled past the Knights 48-13 Friday in Freedom Field to get things rolling again.

Veterans scored 22 points in the first quarter and 16 in the second – led 25-0 at one point. Julian Barnes got things started for the Warhawks with a five-yard score. That capped off a long drive. Barnes, however, was far from done. He scored on a 45-yard run following. Then it was Kedrek Smith’s turn. He scored on a 12-yard run. Daniel Gibbs, the game now in the second quarter, added a 35-yard field goal before Smith scored again. Give Lebron Fields the assist on that one, as he carried it to the 1 to make it easy enough.

Upson-Lee put all 13 of its points on following. That came via three plays of 80-plus yards, two kickoff returns and a long pass. That simply made it 32-13. Fields added a 15-yard run seconds before the half ended to make it 38-13. Veterans added a touchdown in the third and a field goal in the fourth, while getting plenty of subs in late. 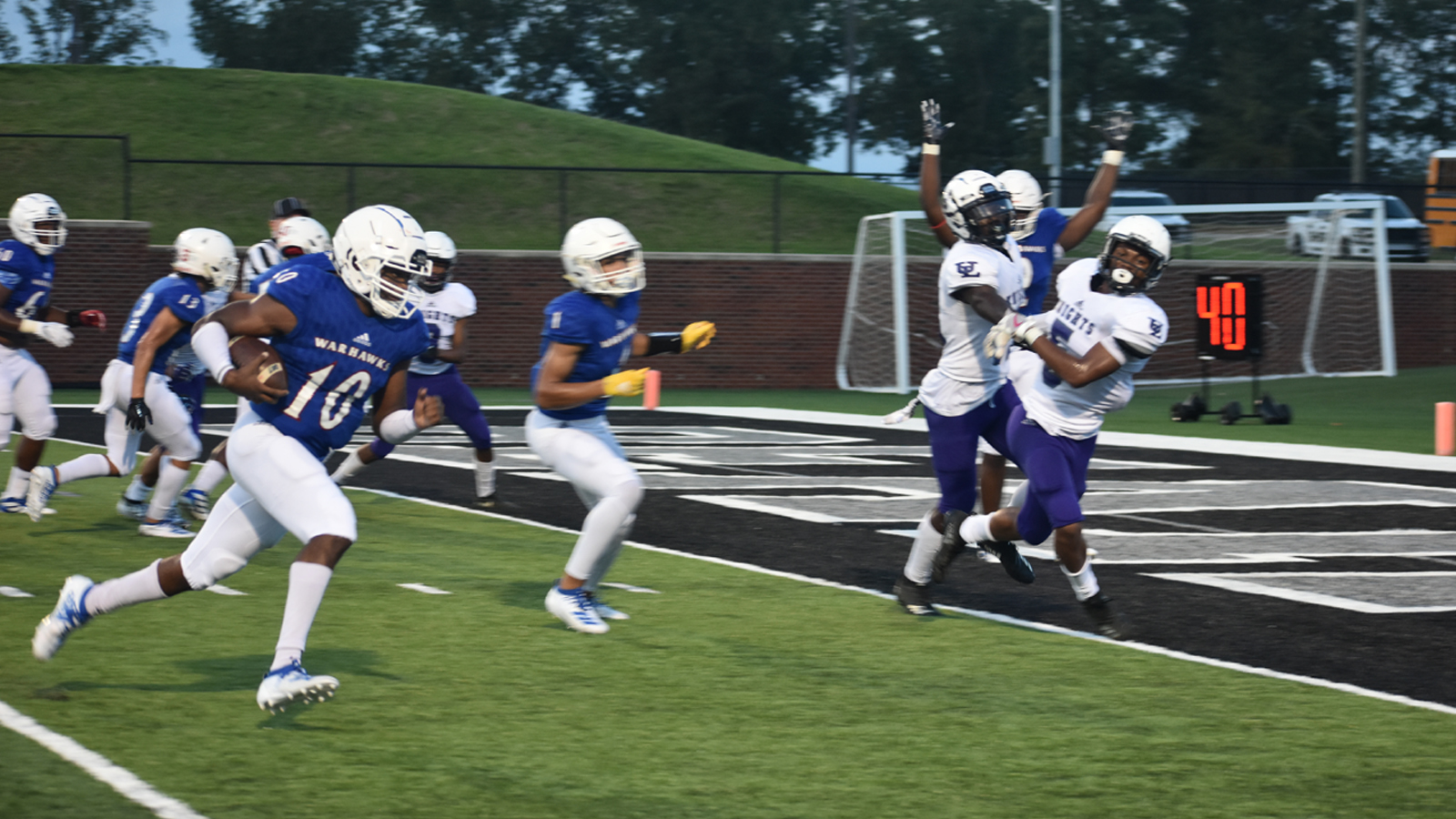 This one was a close, with both teams punting a ton. The Demons, after recovering a fumble, got a 13-yard touchdown run for one score to go up 7-0. Jalen Addie added a 12-yard run, still in the first, to make it 14-0. That’s where it stood after one.

The 1-AAAAAAA Blue Devils cut it in half on a one-yard run by Joe Almond.

The two then played to a scoreless third.

Tift County cut it to 14-10 with a field goal early in the fourth before Warner Robins added a 25-yard rushing touchdown by Jahlen Rutherford and a 38-yard field goal by Cary Payne to its total. 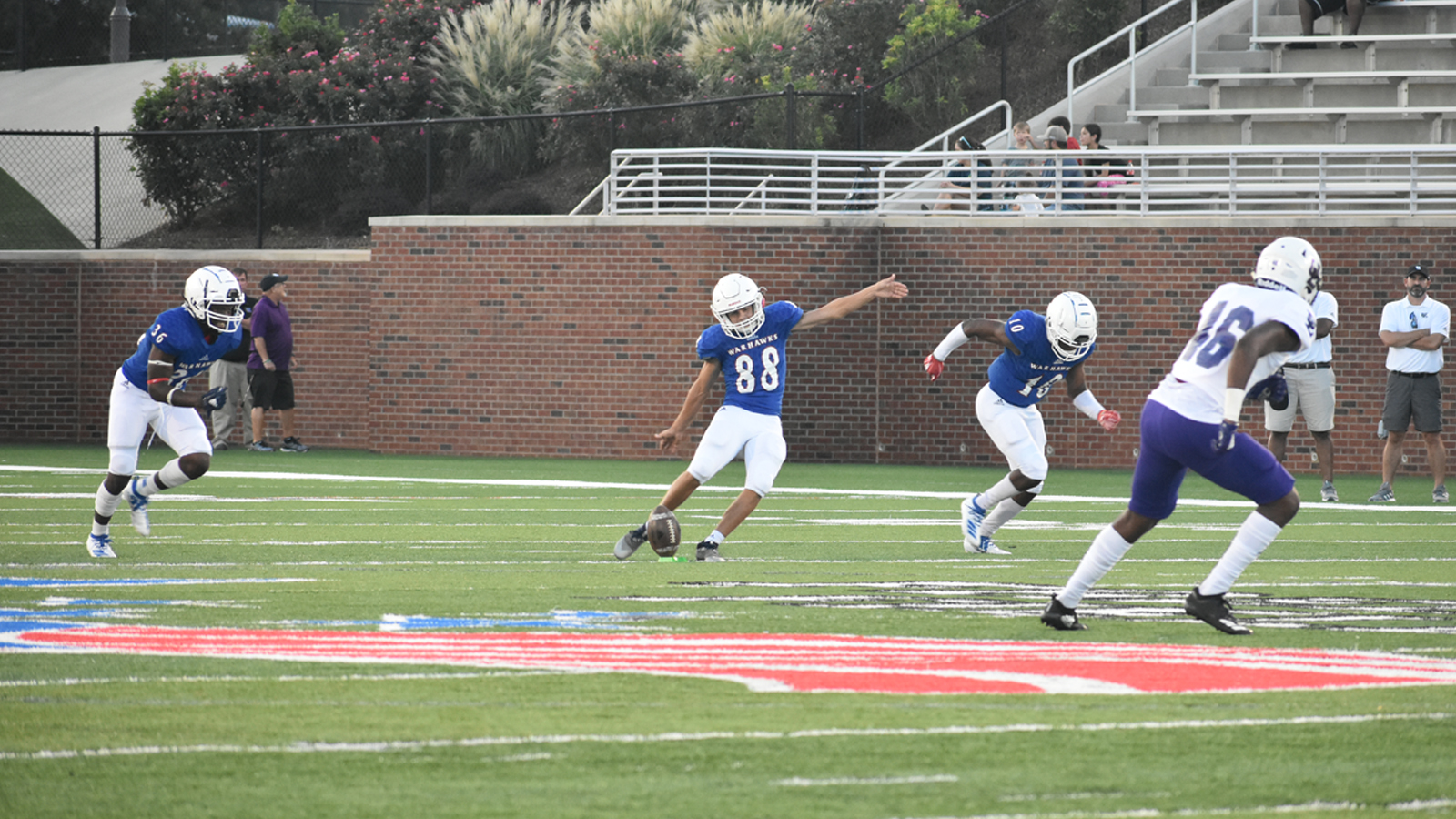