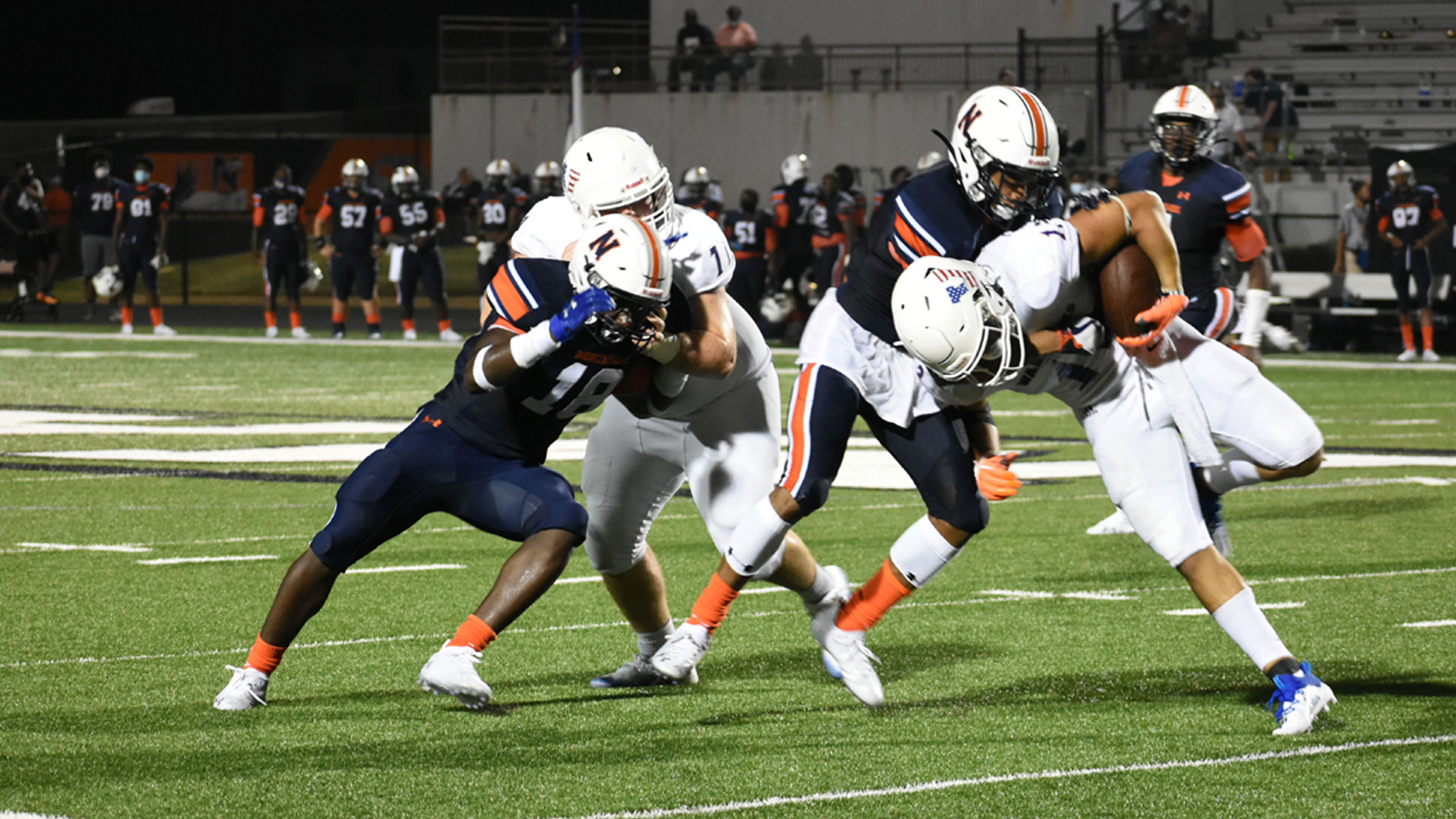 Third-and-long. No problem. Veterans made a number against Northside, Friday in McConnell-Talbert Stadium. Three in fact helped it put its first score on the board. They came on its first possession of the game and enabled it to string together nine plays, cover 42 yards and make it into the endzone.

The last play was a 19-yard pass from Blake Ethridge to Jarrett Pierce. Daniel Gibbs made the point after. Veterans went on to win 17-7.

The Eagles on the other hand had difficulty picking up some third-and-short’s early. Its first possession went three-and-out. Its second ended in a punt as well. (They did pick up a couple of first downs, however.) The third ended on a fumble. Veterans turned that into a 44-yard field goal by Gibbs.

The trend then continued for Northside. Its fourth and fifth possessions ended with punts – the game nearing two minutes before the half.

It appeared the Eagles would finally score on its sixth possession. Quarterback Elijah Robinson picked up good yards on two runs. Then after missing one receiver, he connected with another, Justin Luke. That put the ball on the 16. The next play he was picked by Daniel Ekwese. Threat over.

Events unfolded similarly in the second half. Veterans punted on its first possession. Northside lost it on a fumble. The Warhawks attempted to turn that into another field goal, but Gibbs missed from 51 yards out.

Both traded interceptions following – it was Northside’s fourth. Both also punted after that, taking the game into the fourth quarter.

The Eagles put together a good drive following, but had to turn it over on downs.

A pass interference call well into the drive put the ball on Northside’s 13. A run put it on the 10 where Lebron Fields finished it off. Gibbs’ point after made it 17-0.

The Eagles scored after that on a three-play drive that went 80 yards. The biggest was a 66-yard touchdown pass from Robinson to Justin Luke. Adam Lemond made it 17-7 with just over six minutes left to play.

The Warhawks, recovering an onsides kick, attempted to run out the clock but came up short and had to turn it over on downs. Northside tried to cut deeper into the deficit but could do no more damage.