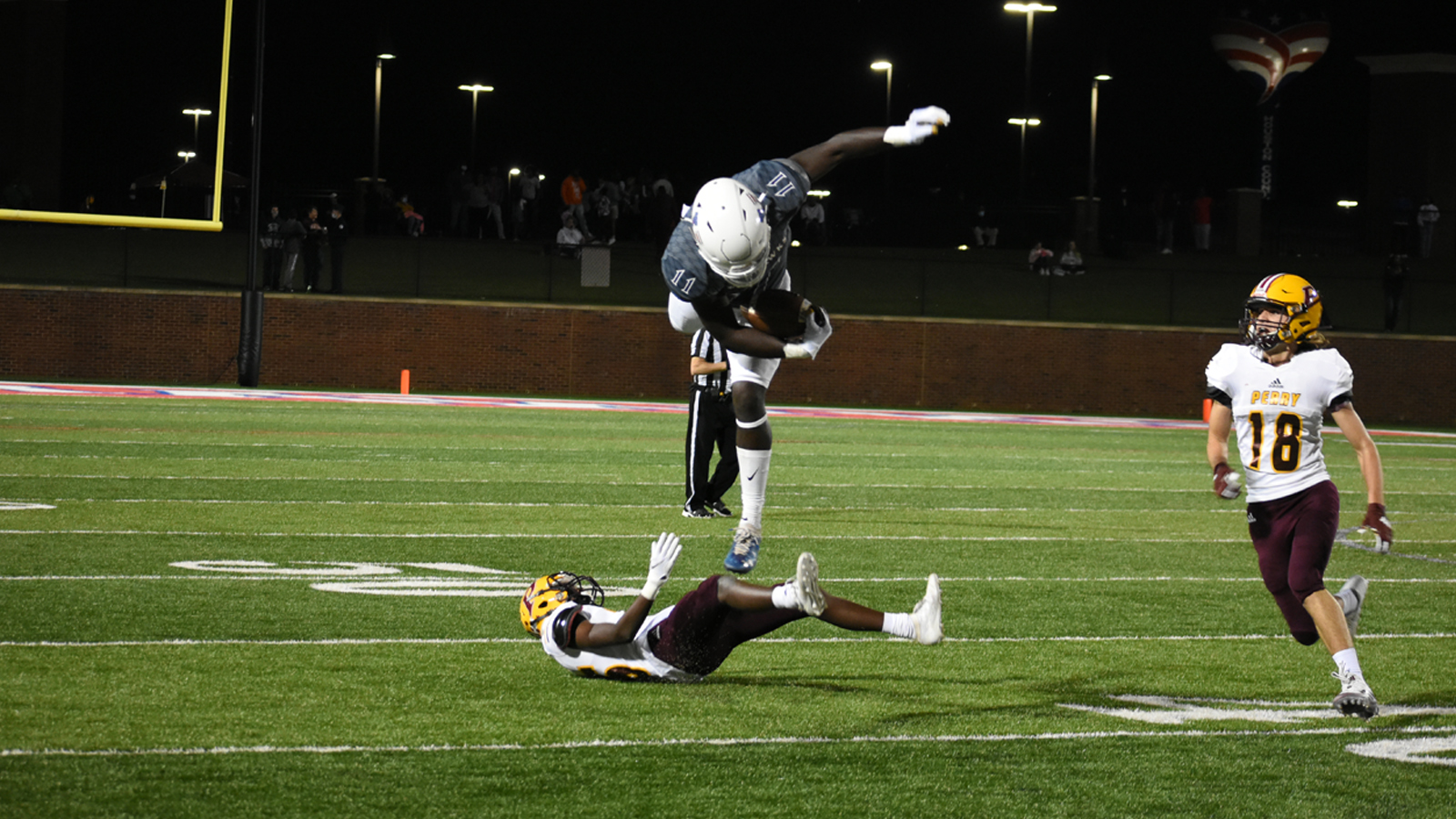 Veterans and Perry fought to the finish in their matchup Friday on Freedom Field.

Veterans scored its first points on its first possession. Driving down the field, Kedrick Smith got the host in the endzone on a one-yard run. Daniel Gibbs’ point after made it 7-0 with 7:27 left in the quarter. An interception and a stop by the Panthers on a fourth-and-two kept them from doing more damage.

Meanwhile, Perry moved the ball on its first possession but then stalled and had to punt. It punted again on its next possession and then on its third appeared as if it would tie things up – the game early into the second quarter. It moved from its own 39 to Veterans’ 9, but two runs – one a sack – pushed them back to the 28 where they were unable to get it in.

The Panthers again moved the ball on their next possession, but again stalled and came up short on a fourth-and-13.

Veterans in turn managed to get a 47-yard field goal from Gibbs just seconds before the half ended.

The Warhawks finished with 140 total yards in the first half. Perry had 77. The Panthers, on the other hand, ran 35 plays to Veterans’ 24. 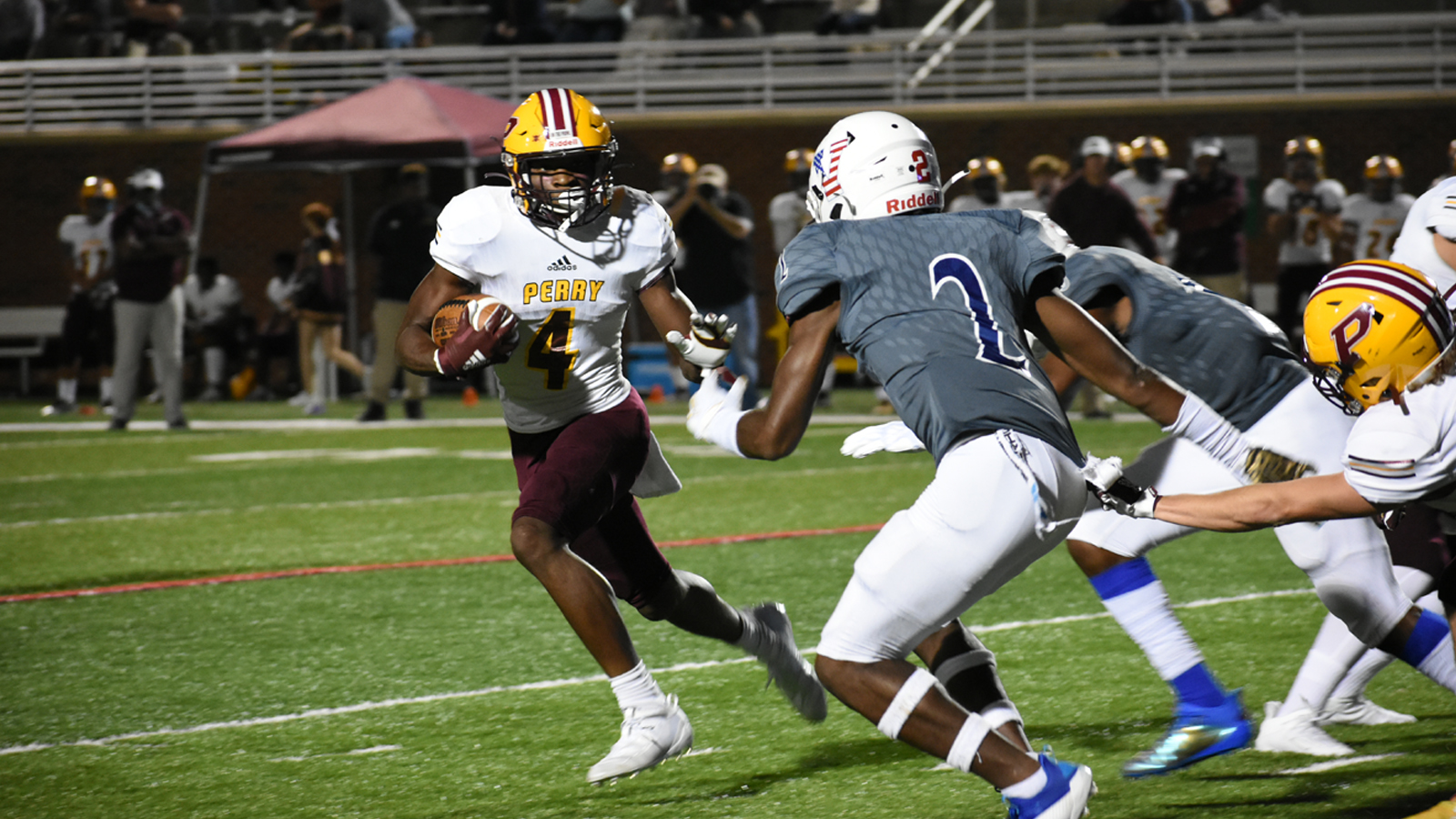 The third progressed with the Warhawks getting the ball first and being forced to punt. Perry then closed the gap to within a field goal, 10-7, via Makeil Kendrick’s 60-yard run. That came with 8:43 left in the quarter.

That thought of a rally apparently wasn’t lost on Veterans. It scored twice following. On its first possession after the Panthers scored, it scored on a 40-yard pass from quarterback Blake Ethridge to Jalen McCarty. Ethridge connected with Jarrett Pierce for another score following that. Combined it made the score 24-7 with four minutes left in the third.

An interception of a Warhawks pass helped Perry put another score on the board. It came on a six-yard pass from Lane Rucker to Daquan Wright. The point after made it the 24-14 final, but the Panthers weren’t quite done trying.

They forced Veterans to punt, and boy did it, booting it to the 2. With nearly five minutes remaining they moved it as far as they could. They picked up a fourth-and-15 at one point, but when it came to a fourth-and-10 a short time later, they were unable to repeat.

The Warhawks took over and were able to run out the rest of the clock. 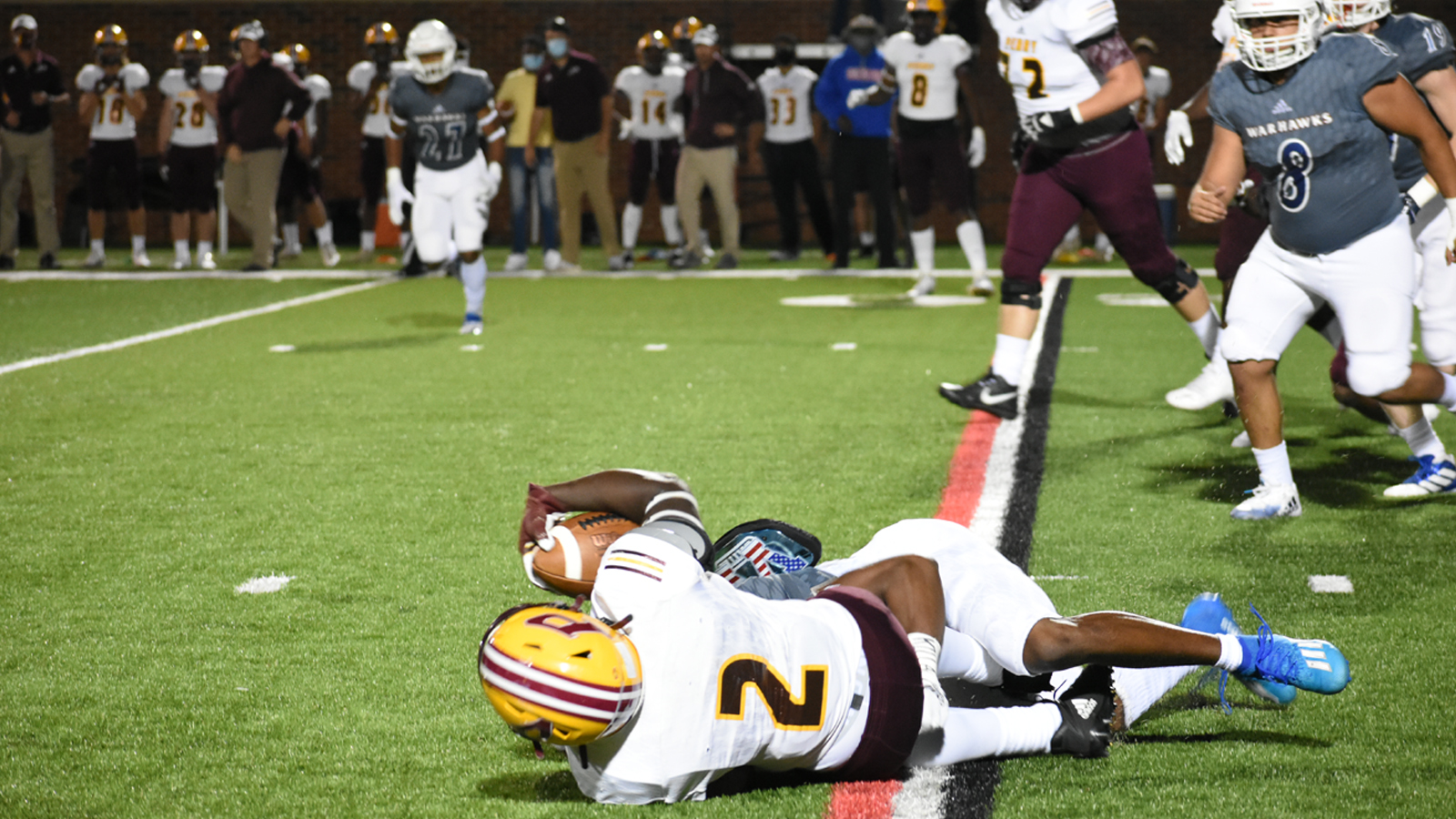 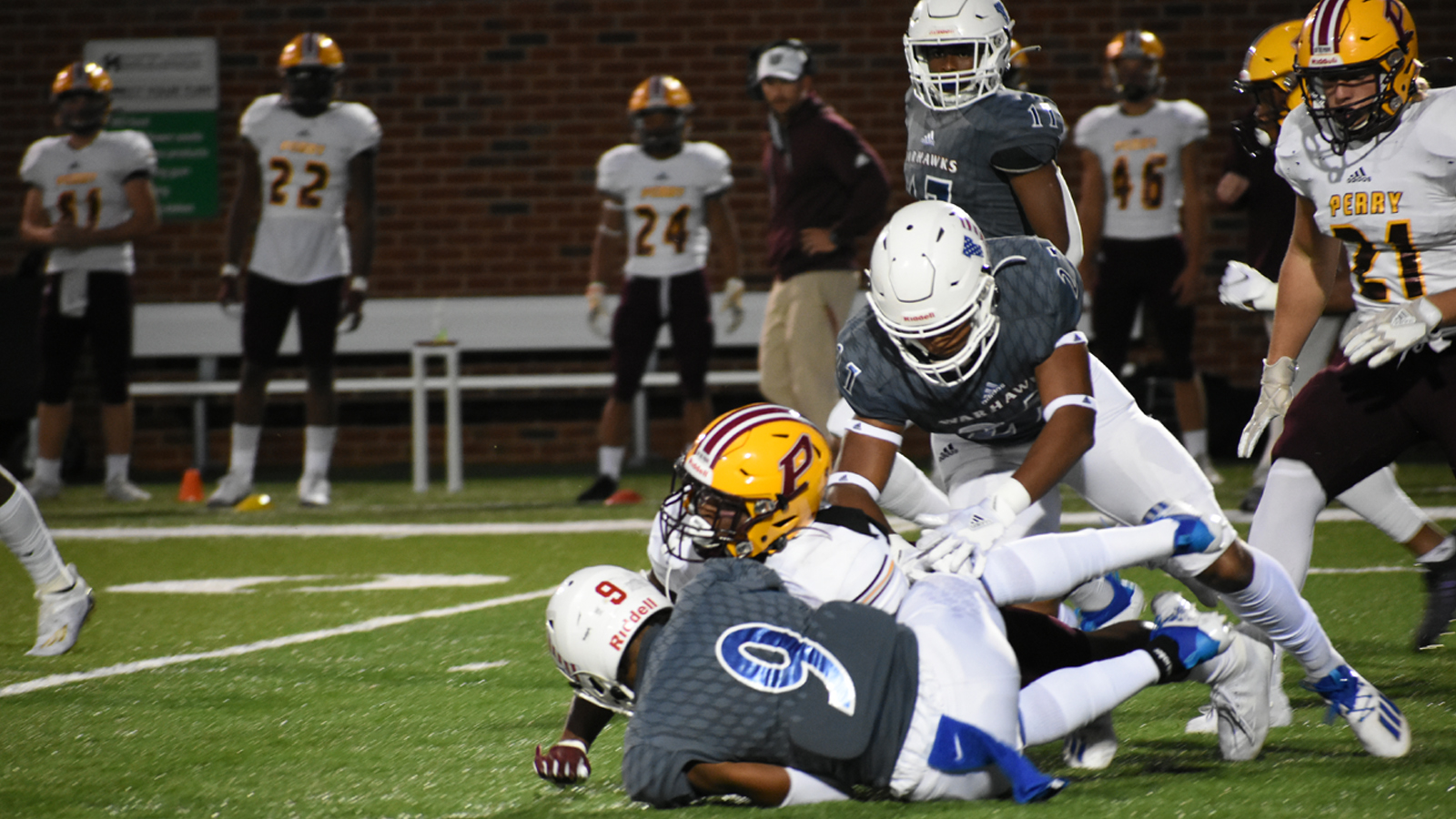