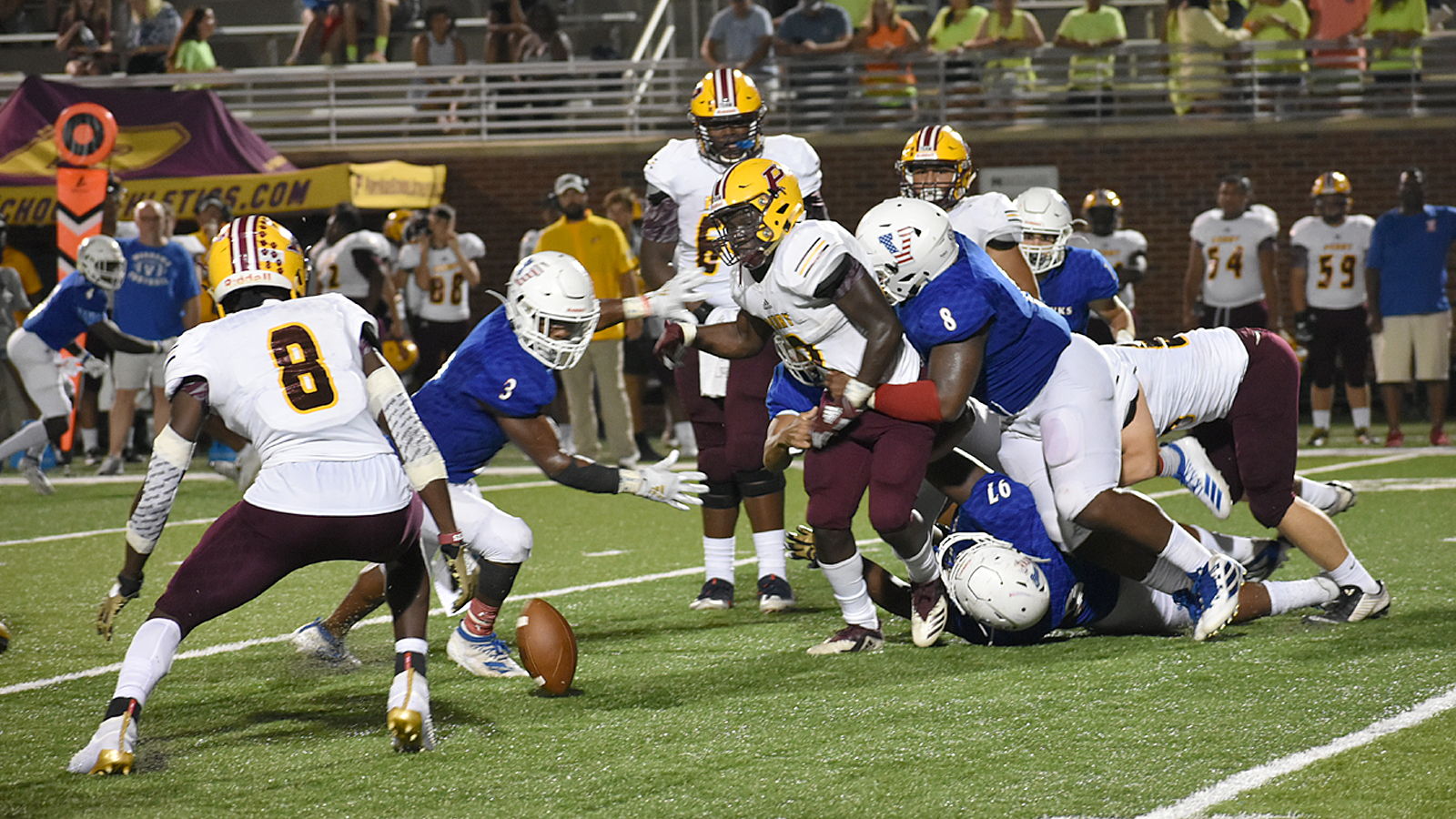 Veterans’ defense dominated and yet it was Perry’s that threatened to steal the day.

To understand what that means in the Warhawks’ 13-3 win over the Panthers Friday in Freedom Field, we’ll start in the first half. There, Veterans’ defense forced Perry to punt all but one possession. That would be five out of six, and the reason the Panthers didn’t punt the other time – their second possession of the game – was because of the interception by Karmon Smith of the Warhawks.

In fact, the hardest evidence of all, to say Veterans’ defense dominated, was because Perry only picked up one first down in the first half. And that came on its last possession of the half. (That would be four three-and-outs leading up to that, if you’re keeping tabs.)

And yet – lending itself to Perry’s defense threatening to steal the day – it was only down 10-0 at the half.

Veterans scored on a 26-yard field goal by Daniel Gibbs on its second possession of the game. Then, on the third, after starting out on its own 45, it scored on Lebron Fields’ 28-yard run. 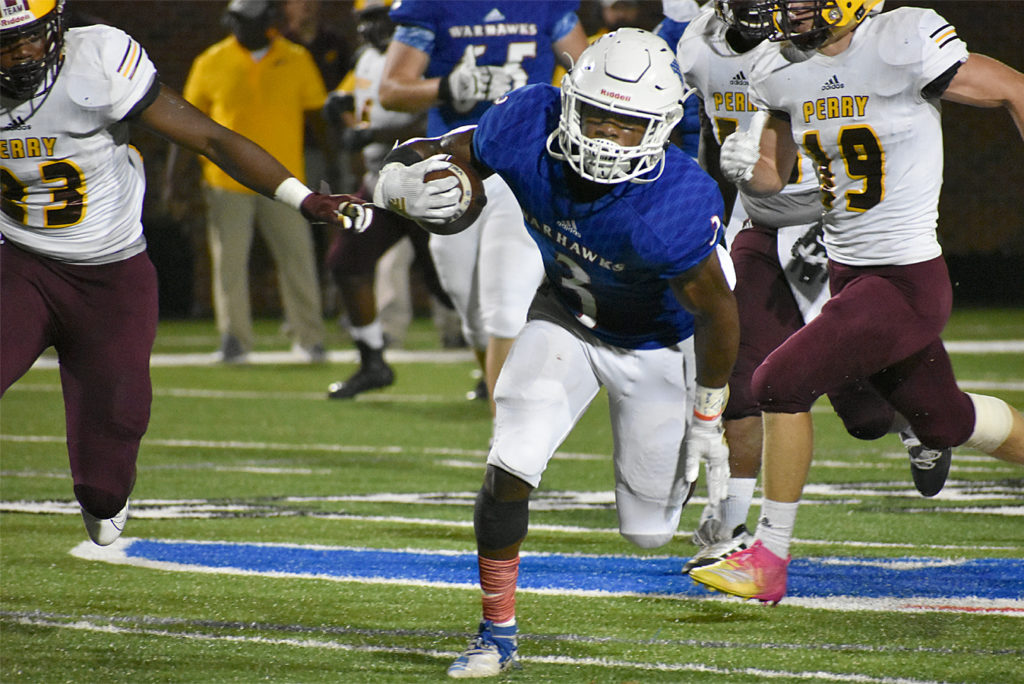 Aside from that, it was forced to punt twice and Perry’s defense held on a fourth down attempt. That came after Veterans had put together a lengthy drive and had gotten as deep as the five-yard line (granted a flag that moved them outside the redzone did most of the damage).

The Panthers’ defense also forced Veterans to punt its first three possessions of the third quarter – even refused to budge after giving up another interception.

All of that served to keep the Warhawks at bay until finally, Perry’s offense got on track. That came with less than a minute left in the third. The Panthers – just over 50 yards of total offense at this time – put together a 15-play drive that finally stalled at the seven. William McCranie came in and kicked a 27-yard field goal. That made it 10-3 with 8:11 left to play.

Perry’s defense just needed to do it one more time. It couldn’t – hence “threatened to steal the day and not “stole” the day.

Veterans’ offense, to its credit, responded by putting together a drive from its own 40 to the Panthers’ 25. There, Gibbs booted a 43-yard field goal. That came with 4:13 left to play. (The Warhawks finished with 267 total yards to Perry’s 128.)

Perry drove again following – 16 plays and 60 yards – but McCranie’s field goal attempt from there was no good.

The Warhawks took over, picked up a first down, and ran out the clock. They improved to 5-1. Perry fell to 2-3. 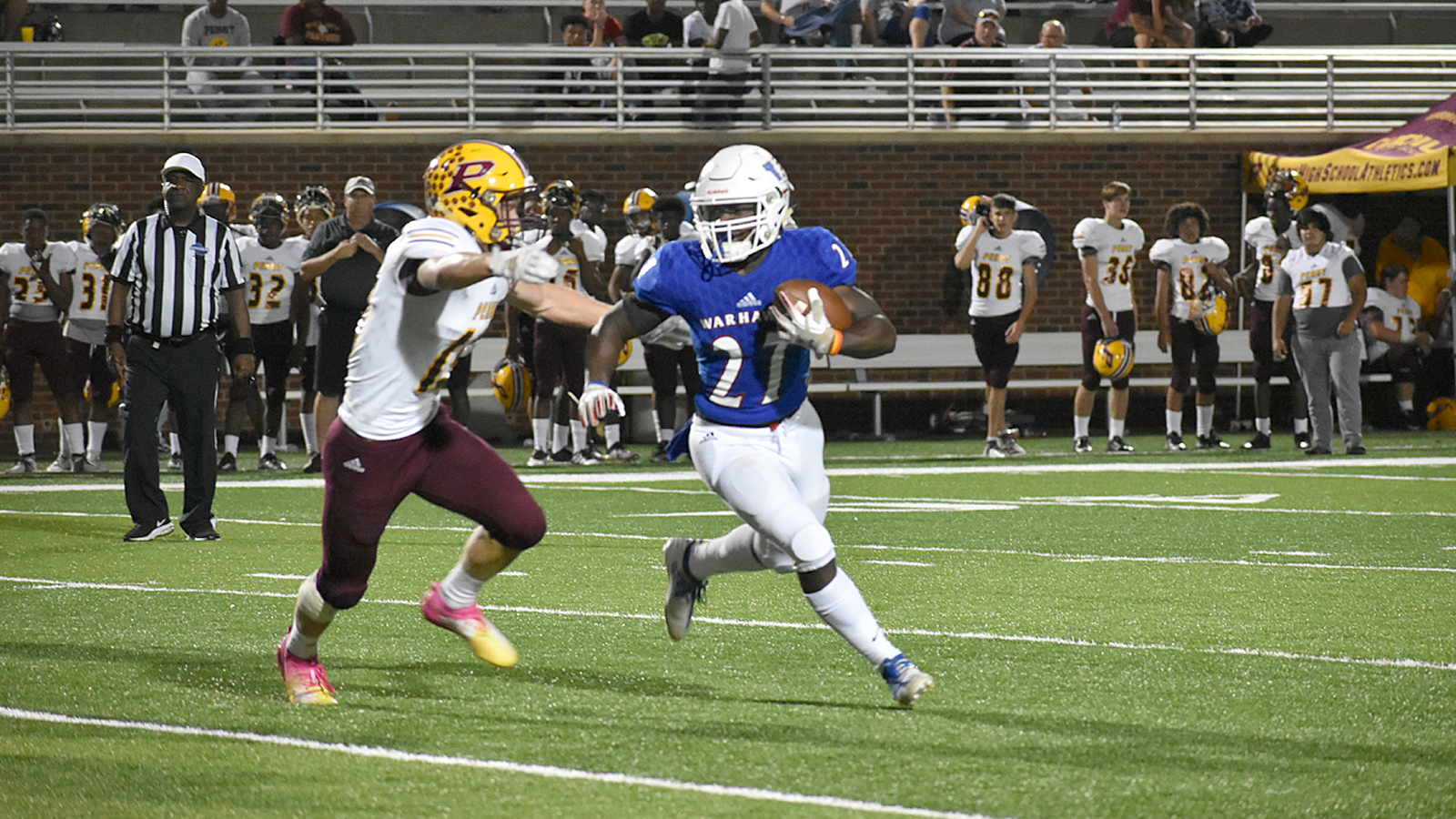 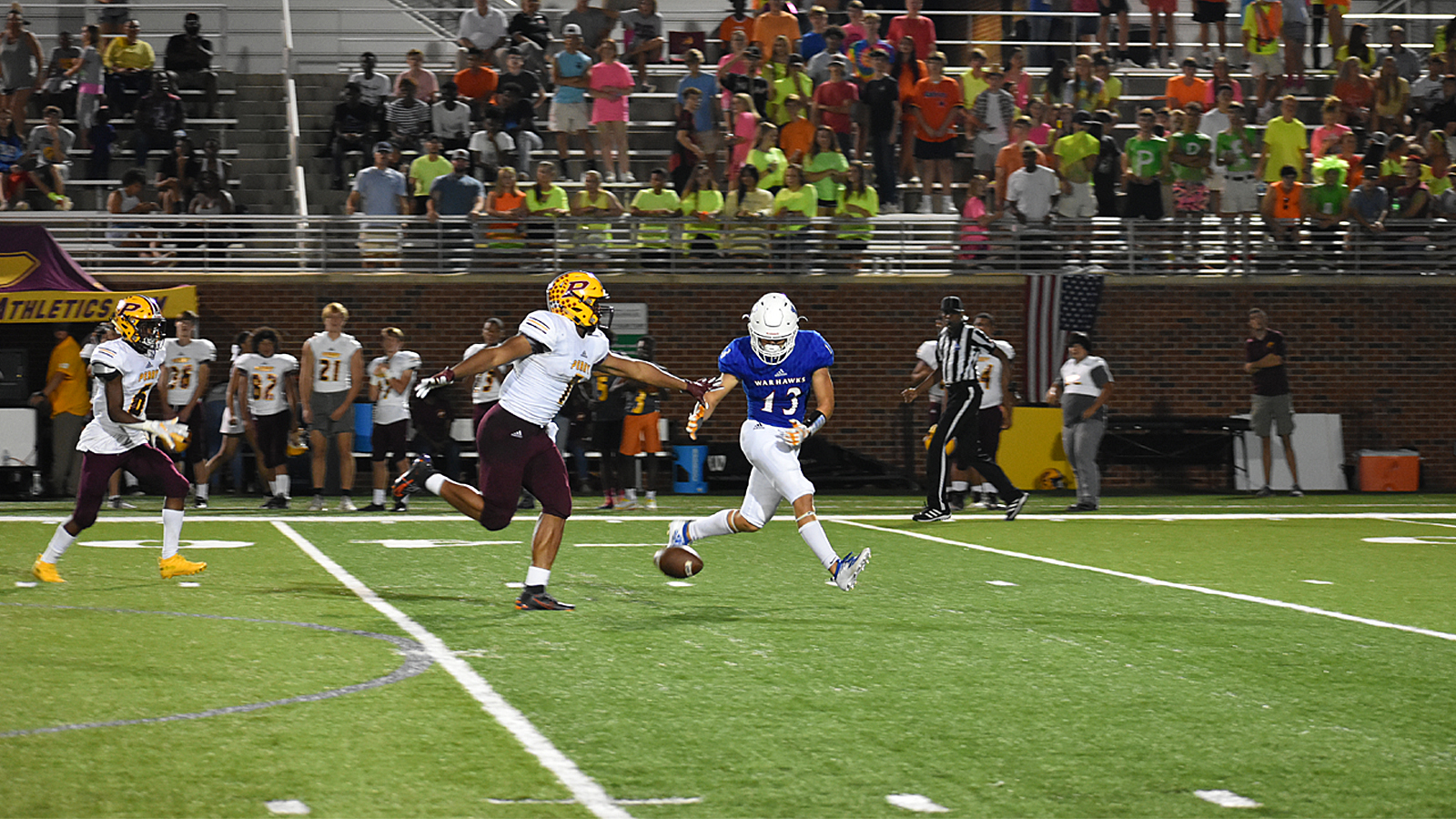