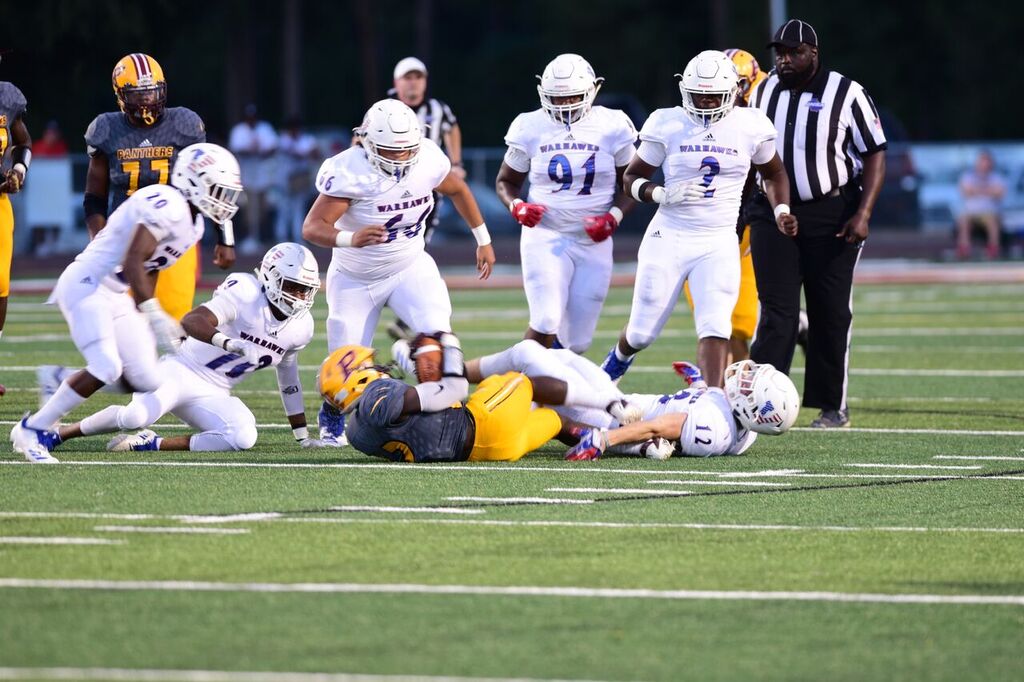 On any given night.

It might be an overused expression, but it certainly sounded appropriate for what was to be Veterans and Perry’s encounter Friday night.

Veterans punted to get the contest started. The Panthers scored on their first try. They went 73 yards on five plays and scored on Tyrell Owens’ seven-yard run. Jorge Bautista made it 7-0 with the point after.

Veterans answered that on its next possession. It went 75 yards on seven plays – even picking up a fourth-and-one. Julian Barnes finished it off with a 29-yard run. Ben Gibbs’ point after hit the uprights leaving it 7-6.

Both punted to end the first.

Perry took the lead right after that on a 90-yard pass from Lane Rucker to Davion Ross. Bautista made it 14-6.

The Panthers recovered the kickoff following that but had to turn it over on downs. Veterans punted but Jalyn Shine picked up a loose ball on the first play from scrimmage and took it 30 yards in the opposite direction for another score. Gibbs’ point after made it 14-13, Perry.

Following a Panther punt, the Warhawks took the lead. They went 65 yards on four plays and scored on Jacob Pierce’s nine-yard run. The point after made it 20-14.

Davion Ross’s 30-yard run to finish off a drive to start the third quarter helped Perry get the lead back, 24-20.

Gibbs connected on a 50-yard field goal on Veterans’ next possession to make it 24-23. That was the score as the fourth began.

From there it became a bit of a defensive struggle. Both moved it but couldn’t break through.

The clock wound down to just over three minutes as the Warhawks took over on their own 17 following a Perry punt. From there they moved it up the field and into to the endzone, scoring on Jacob Pierce’s six-yard run. Pierce also converted the two-point try to make it the final 31-24.

There were about 30 seconds left at that point. The Panthers had one more try. They took the kickoff on their own 20. They picked up a first down on a Rucker pass of 15 yards on the first play from scrimmage. A flag gave them another one and put the ball on the Warhawks’ 38 but four incomplete passes from there brought the game to an end. 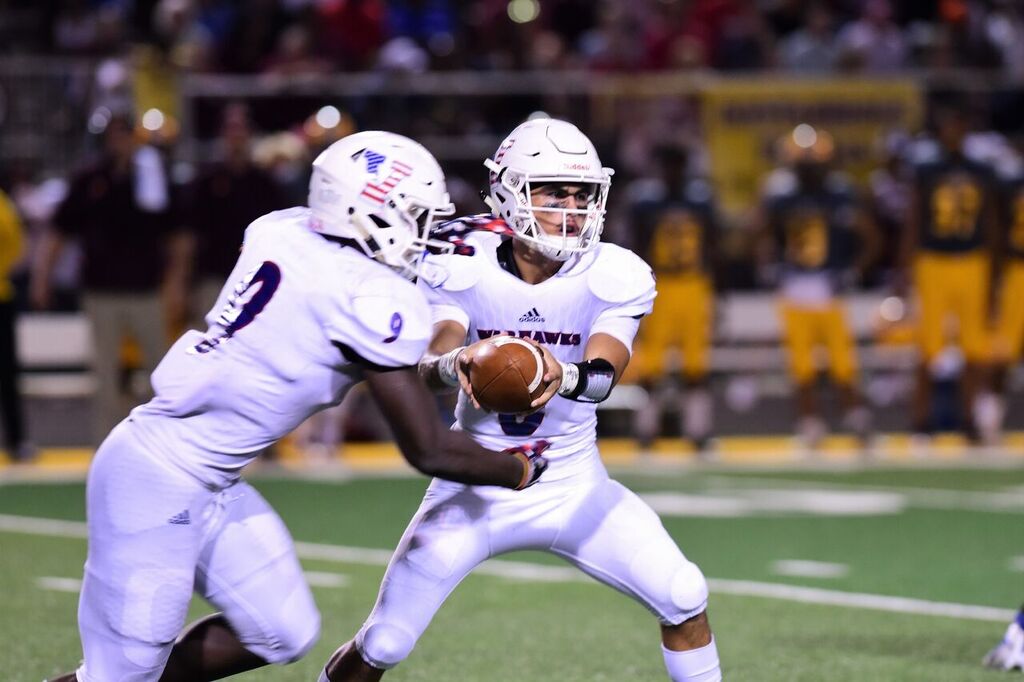 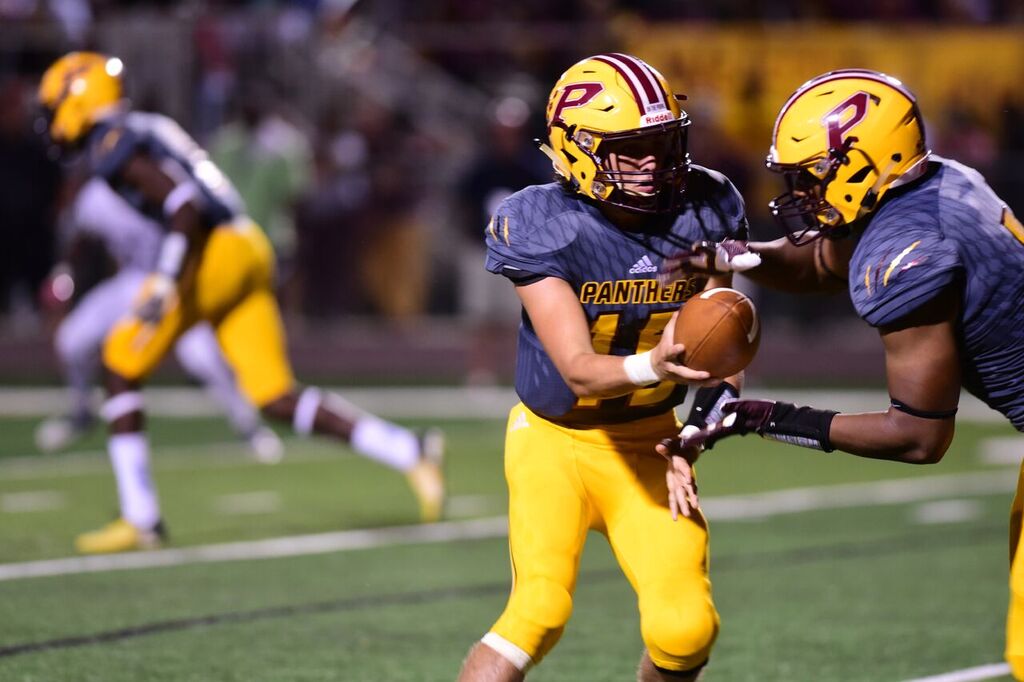