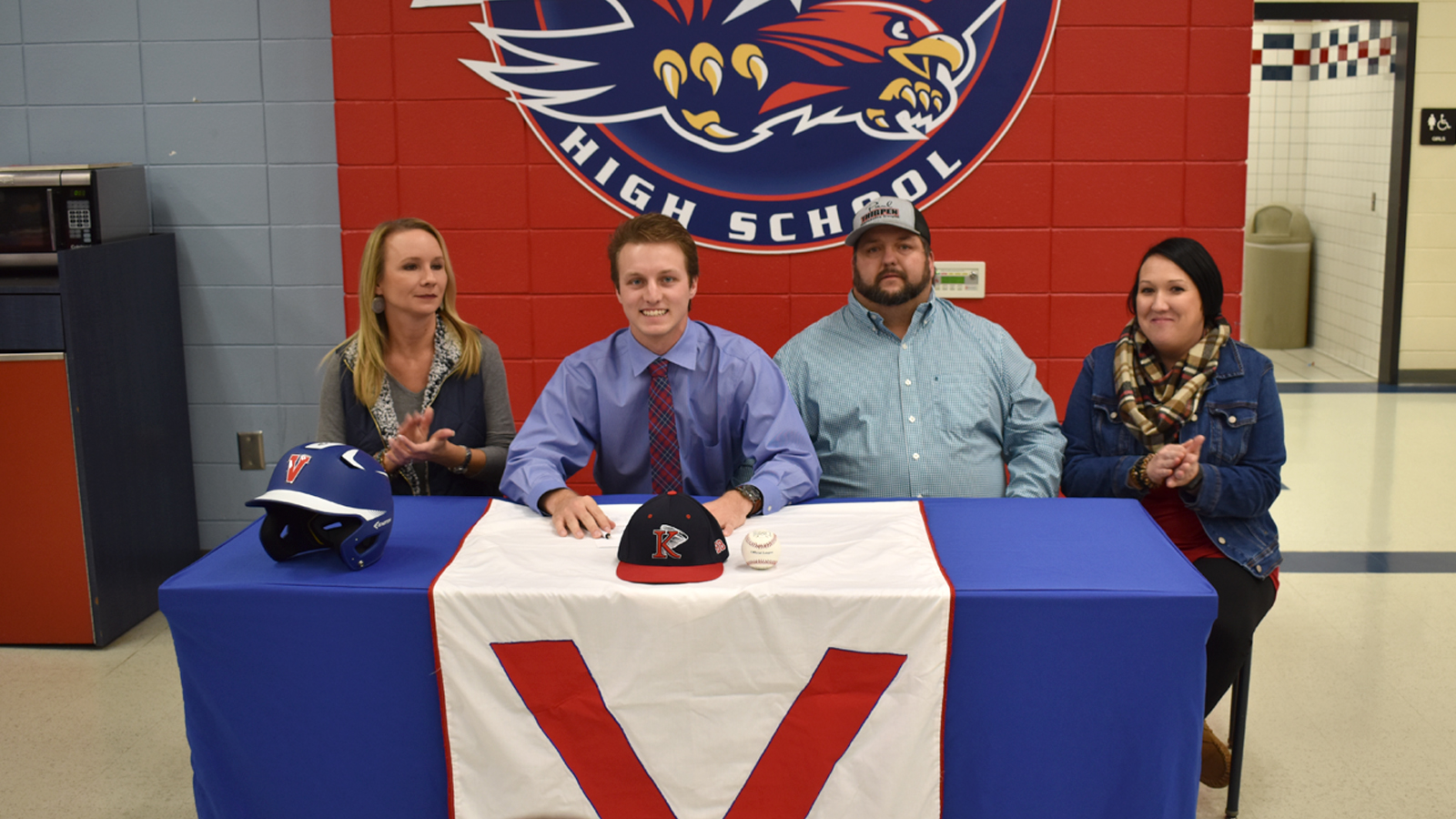 It’s good to be the king.

Or at least be headed to the King. King University in Tennessee that is. Such is the case for Veterans High School student-athlete Cole Hooks after signing a baseball scholarship Thursday at the home of the Warhawks and to continue his education at the college up north upon graduation.

Hooks, at pitcher – his Earned Run Average at 2.28, according to one stat – helped lead Veterans to a 27-11 record in 2018. He, a dual athlete – also playing quarterback for the football team – also helped the team win another Region 1-AAAAA championship and make it to the third round of the GHSA Class AAAAA tournament before falling to Flowery Branch. (Getting the start and pitching a 5-0 shutout over Whitewater in the second round is to date his favorite Veterans baseball memory, he said.)

“Cole is the epitome of what hard work will do for you,” said Head Coach David Coffey. “Since he came in his freshman year, on up until now in his senior year, he’s always been one of the hardest workers on the team.

“And now he gets to reap the benefits (at King).” King, by the way, was founded in 1867 and is, according to its website, independently governed with covenant affiliations to the Presbyterian and the Evangelical Presbyterian Church. “I’m very excited,” Coffey continued. “And very excited about the things he’s going to do for us this year.” 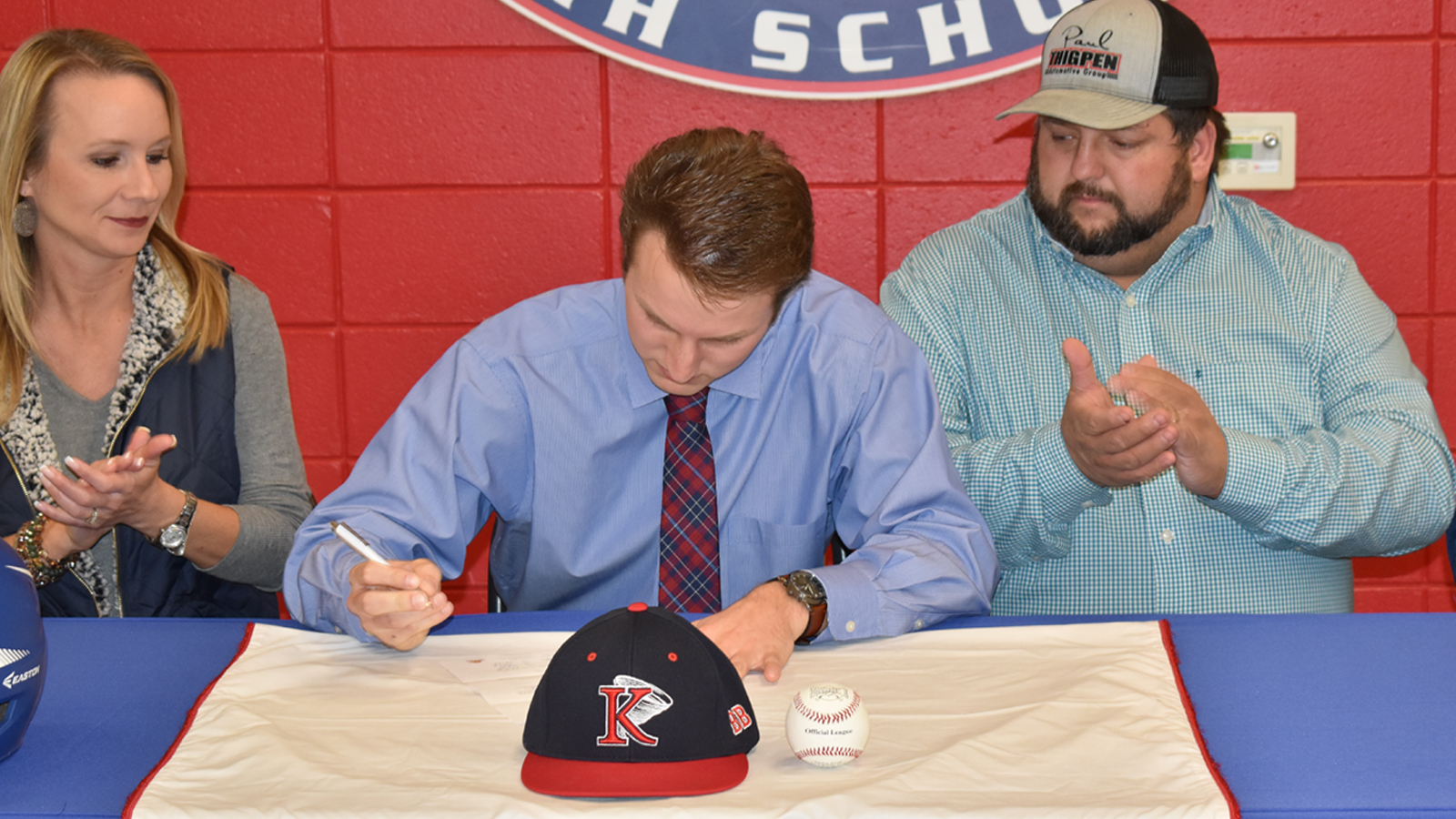 Hooks said it took a long, hard talk with his family to make the decision to attend King. That, not because of anything about the school – he loves it, the atmosphere, et cetera – but due to how far away from family and friends he would be. Also, whether or not they offered what he wanted to do “long-term” – whenever that might be – which is to be a nurse practitioner. “Because baseball doesn’t last as long as everything else,” he said.

But, as far as baseball, Hooks said the coaches evaluated him 5 out of 10, but with the potential to be a “15”.

“They saw a lot of potential,” he said. “A lot of big things I can do in baseball. Mainly my velocity and fundamentals,” he said, in regard to how the coaches said he could reach the 15. “Just the little things that get you to the next level (pros) after the next level (college).”

Hooks has been playing ball since he was about 3 … “pee wee and my mom running me around the bases,” he said. “Just love of the game,” he added in regard to why he’s continued to run the bases. “If you love it, you’ll do it. And I love it, so I want to continue to play at the next level.”

Why not? After all. It is good to be the king. 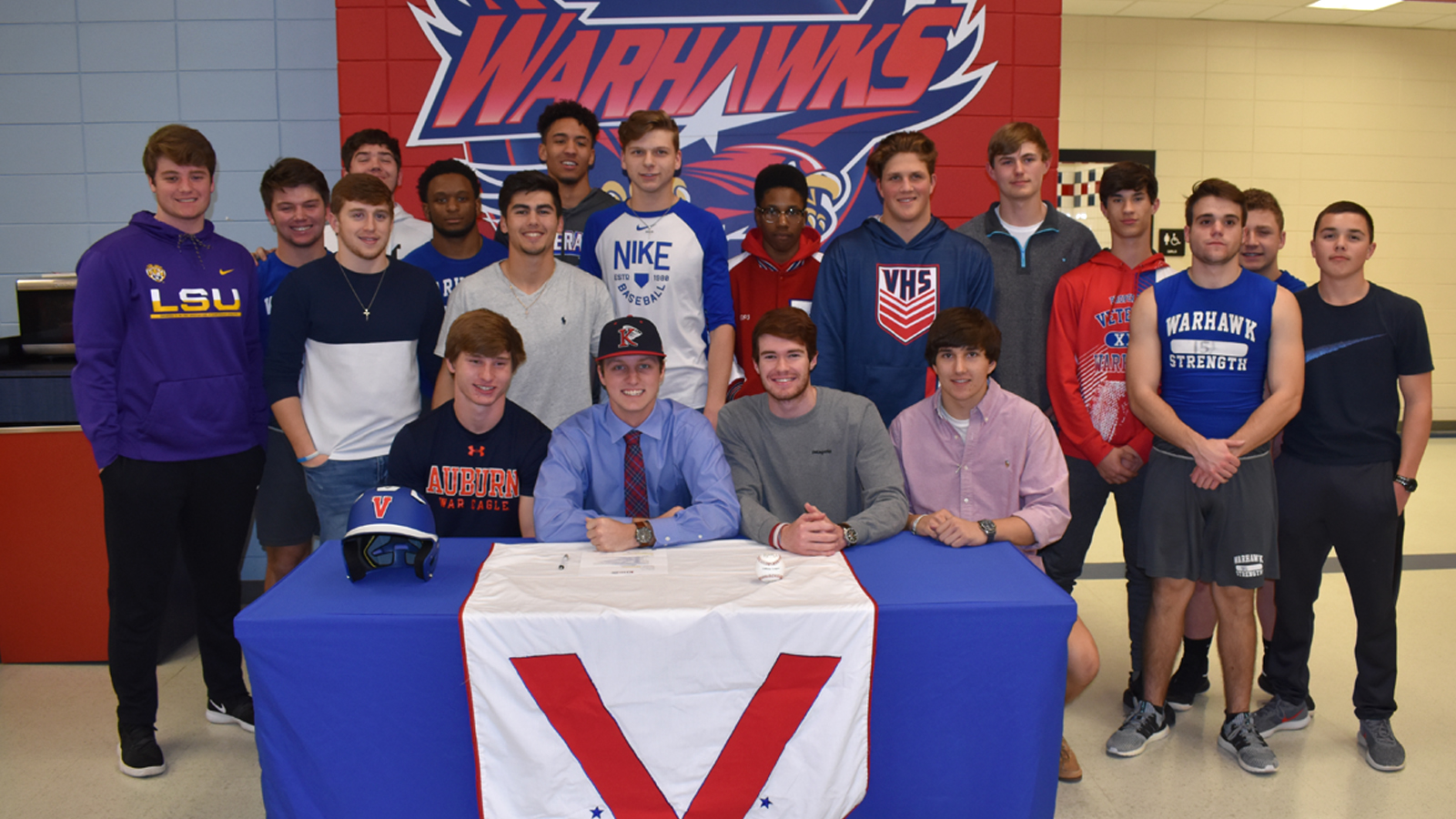