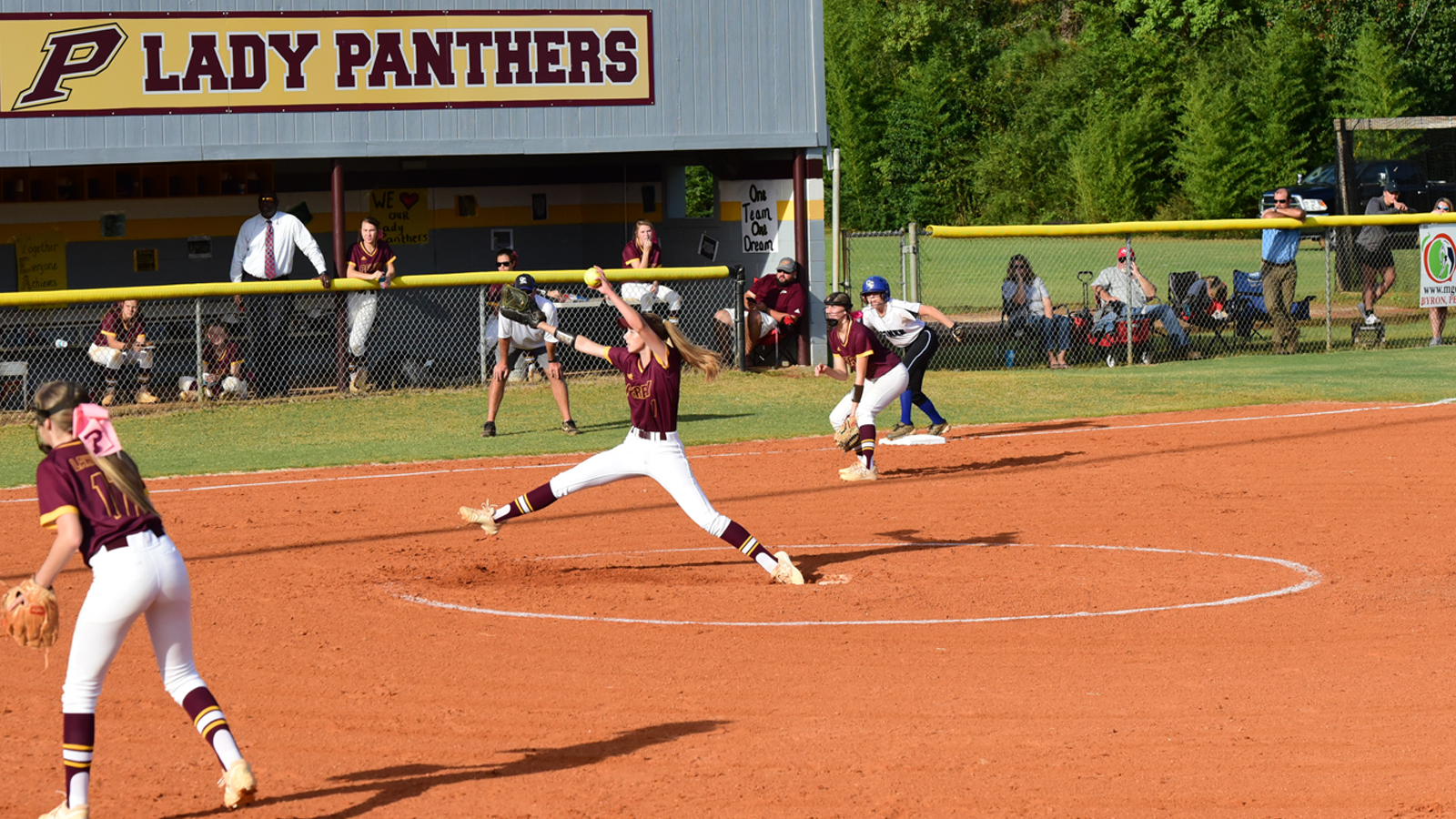 It’s tough “not” being the home team when you’re the home team. Meaning: Taking turns with that role when hosting a doubleheader.

Not only do you lose the home field advantage but you set up a scenario like the one Perry had to suffer through Thursday in the second round of the GHSA Class AAAA state fast-pitch softball tournament.

After scoring four runs in the top of the seventh to tie the game at 12, Oconee County’s Avery Mercer stepped up to the plate in the bottom of the inning. There were two outs – a ground out and popup to start the inning – and a runner on first – a bunt single. Mercer, on the first pitch, homered to center.

That gave the visitor slash “home team” the 14-12 win and eliminated the Lady Panthers due to the fact they lost the first game 8-6.

It, the first game, was one in which Perry had the chance to play the “walk-off” villain itself – or at least send it to extra innings. Trailing by the eventual final margin – thanks to the two runs, five runs and one run Oconee scored in the fifth-through-seventh, respectively – Carleigh Turrell drew a walk to start the Lady Panthers’ bottom of the seventh. Carsen Garner singled to right, but it still allowed the Lady Warriors’ fielder to throw Garner out at second. However, after a popup, Trinity Odom walked to put the tying runs on base and the go-ahead at the plate. A line out by Raegan Stella ended the threat and the game. 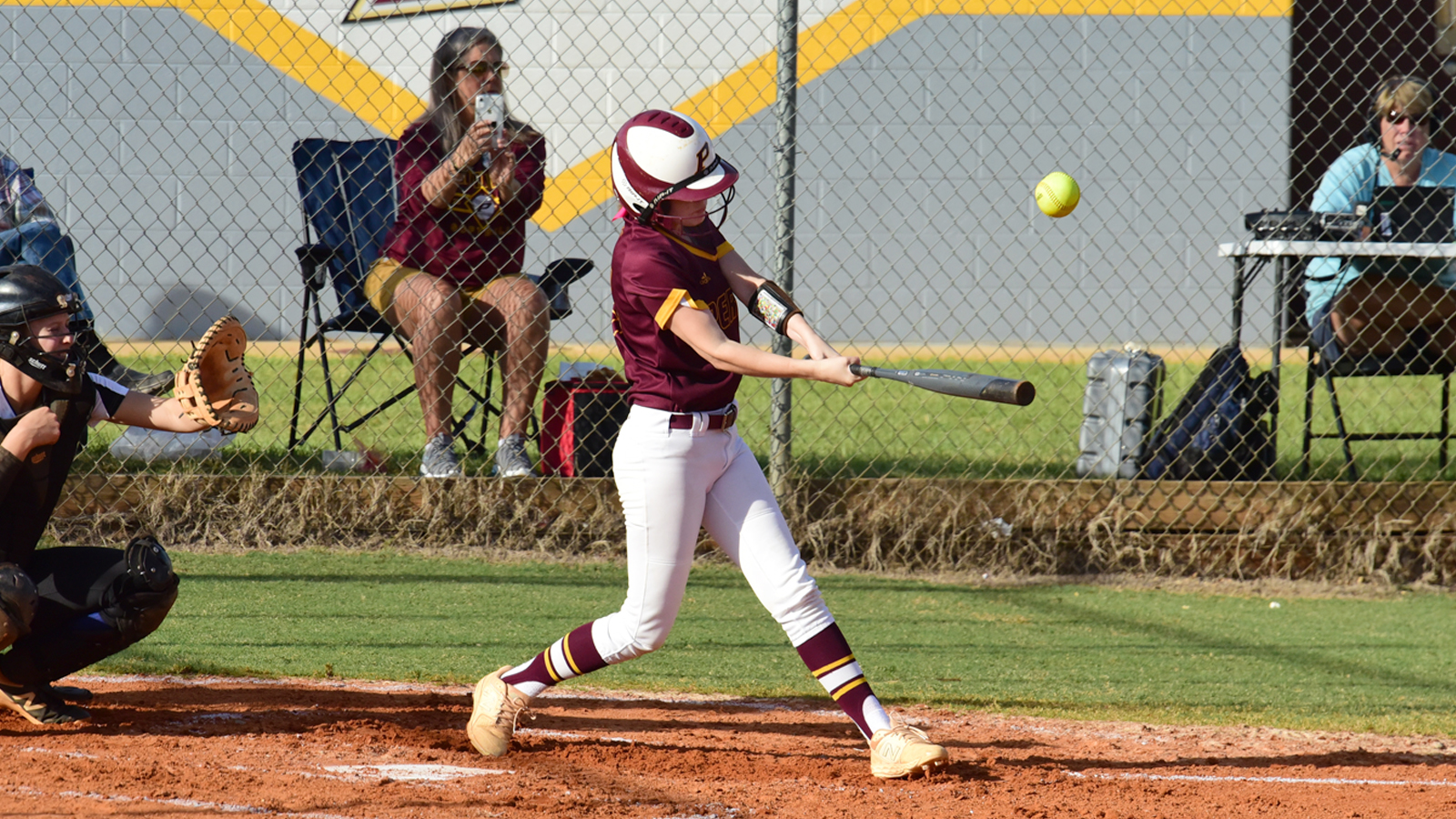 Perry’s runs came in the third, fifth and sixth, one, one and four, respectively, while the hits were even at 12 apiece. Offensively, AliRae Dykes helped lead the way. She was 2-4, drove in three and scored twice. Harley Crumley also earned three RBIs while going 1-4.

The Lady Panthers also left 11 on base. The visitor stranded eight.

Madison Homen was saddled with the loss. She struck out two and walked two.

Perry, which ended its year 24-9 and Region 2-AAAA champ, put up a phenomenal 24 hits in the aforementioned nightcap. (Oconee had 17.)

Homen again got the call. She struck out two and walked one this time around. 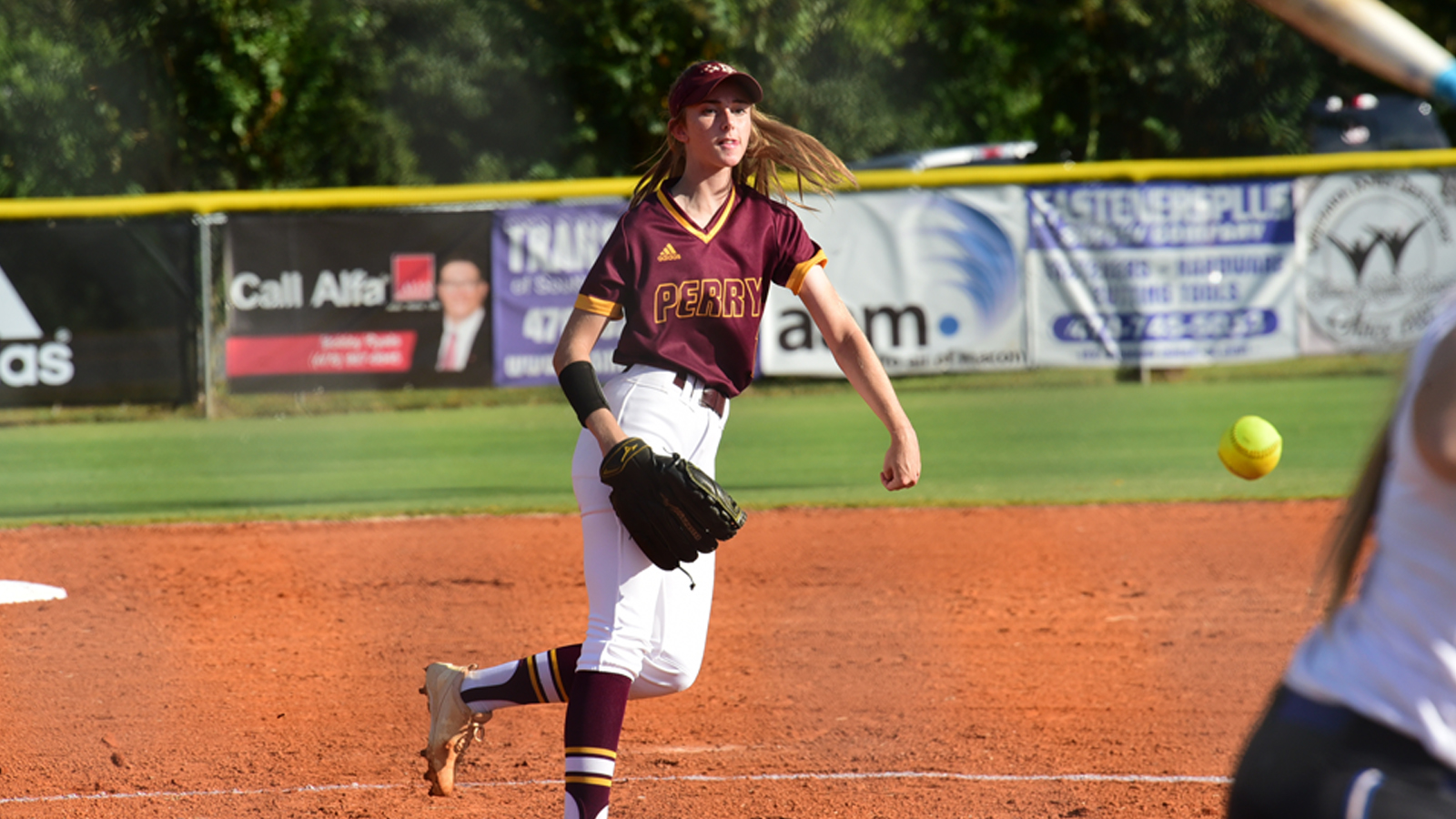