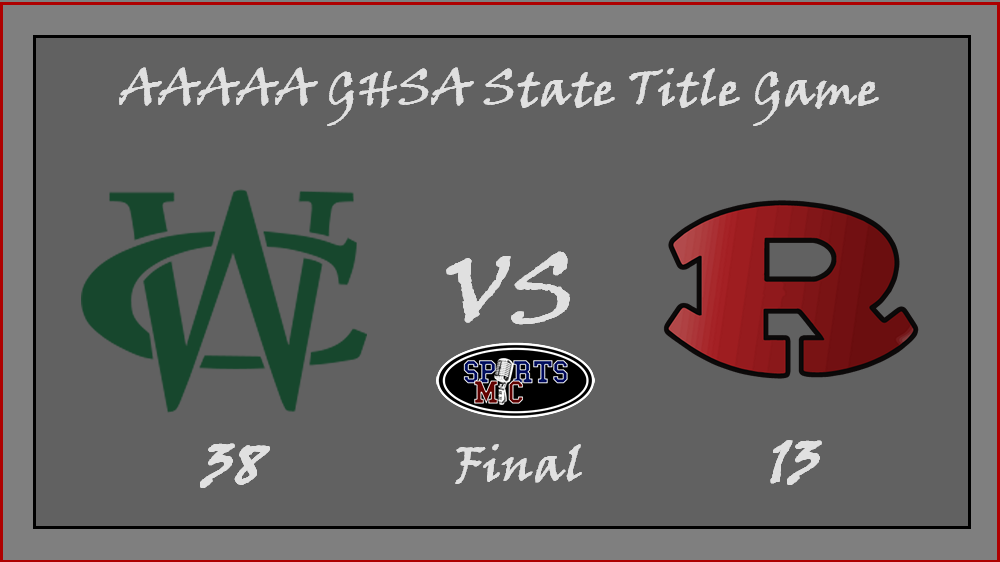 The Gators scored on its first two possessions of the game taking a commanding 14 – 0 1st quarter lead and never looked back from there.  The second score, a one play 41 yard run by Dae’Jeaun Dennis,  gashed the Demon defense and left the team reeling.

Showing the resilience which allowed Coach Westbrook’s team to rattle off nine wins in a row after a slow season start,  the Demons put together a scoring drive of their own capped by a touchdown pass from Cam Flowers to Isiah Canion from 4 yards out.

It was not near enough to catch Ware as it added another three yard Dennis touchdown run and a William Bates field goal to take a  24-6 lead at half time.

Warner Robins added another touchdown in the 3rd quarter when Aamir Quick snagged a 32 yard pass from Isiah Canion.  After the Daniel Barber PAT the score was 24-13 early in the third.

Again the green and gold answered by adding two long Niko Smith  touchdown passes of 32 and 35 yards respectively.  It was all the points the Gators would need as their defense continued to dominate, preventing Warner Robins from putting up any more points in the contest.

Malcom Brown was the leading rusher for Warner Robins with 19 carries for 96 yards.  Isiah Canion finished 20-31 for 195 yards passing.  Aamir Quick had the high mark for Demon receivers catching 4 passes for 73 yards with a long reception of 32 yards (TD).

The loss capped a great season for the Warner Robins Demons. It battled from a 1-4 start against tough competition to earn a 2nd place region finish, rattling off 9 wins and making it to a 6th consecutive football state championship game.  The senior class finished as one of the best in the school’s storied history.