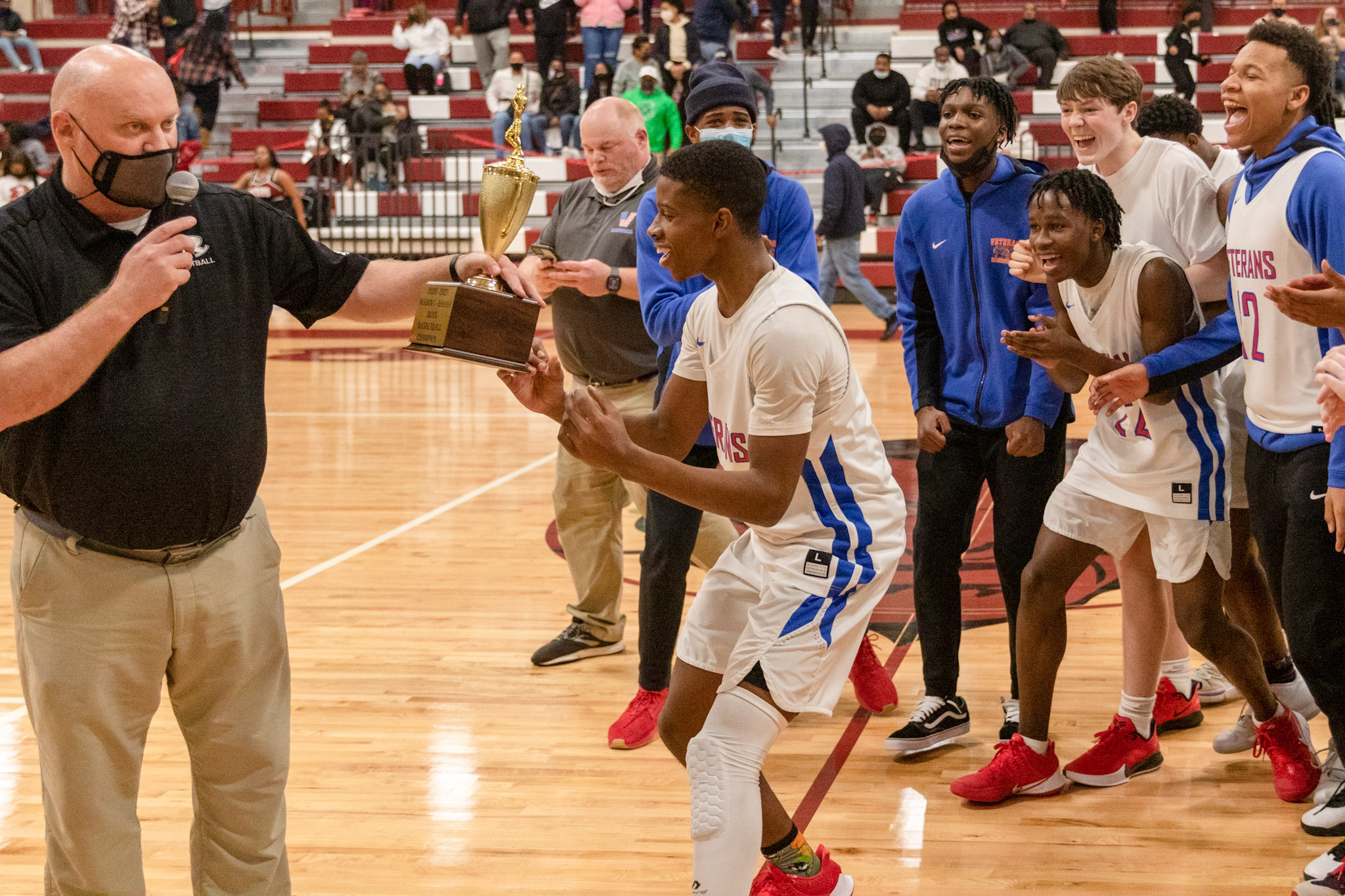 Not this time. But close.

The Warhawks went on to outscore the Demons 12-8 in the extra period to take the title, 79-75 … And avoid a nightmare repeat of last year.

Hines finished with 25 points. He also got things started for Veterans with a trey as the game began. Jaden Terry answered that with a 3-pointer right after to sort of set the stage for the early goings. The two traded the lead three times before the Warhawks got a run going – back-to-back Aaron Jones (16 points) buckets with a trey by Tahj Williams (10 points). That sent it from 13-12, Veterans, to 20-12. Warner Robins, with buckets by Vic Burley (18 points) and Xavier Hill got it back down to six, 20-14, before Hines struck again. His last was a dunk and signaled the end of the quarter with the Warhawks up 24-14. 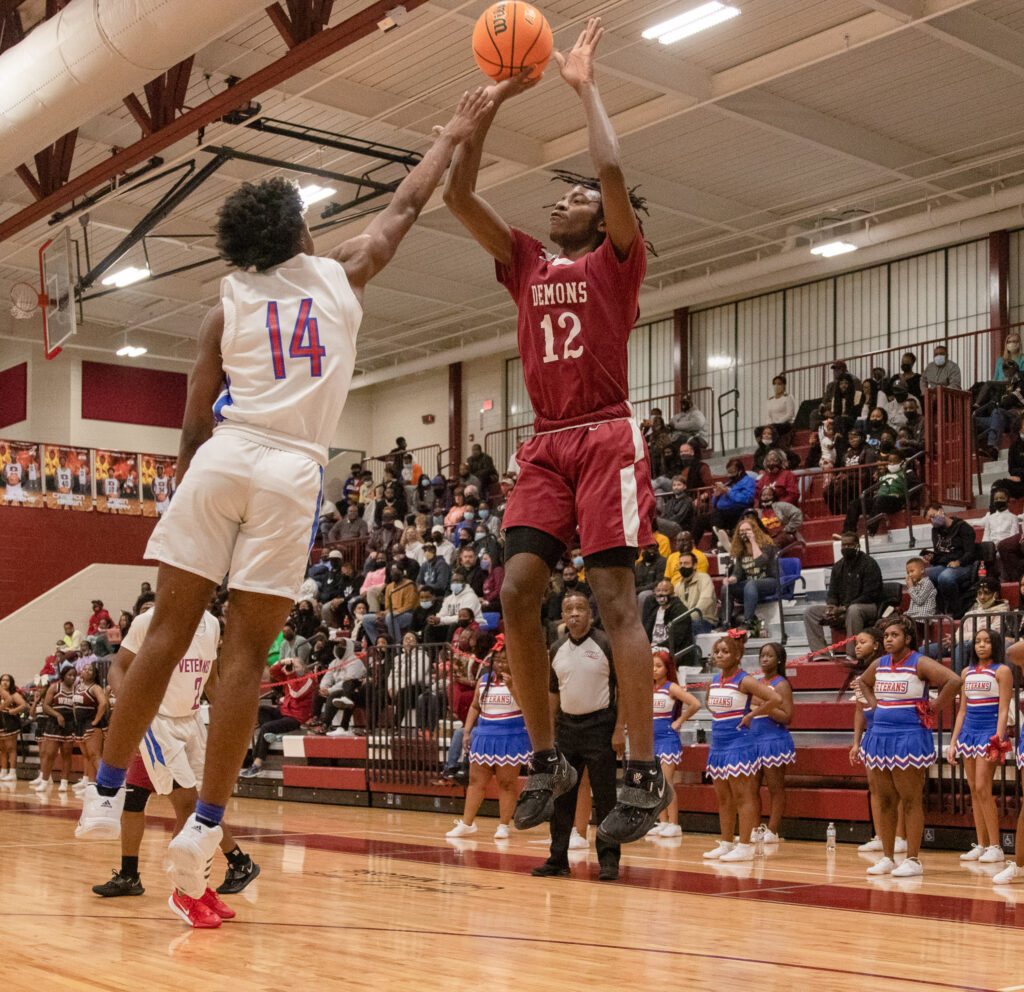 The Demons knocked some of that lead off to start the second quarter but midway through Veterans had built it back up to 11, 30-19. Things were going well … That is until they hit a rough patch and Warner Robins found smooth sailing. The difference was a 10-2 advantage for the Demons and just a three-point deficit to overcome, 32-29, at the half.

Indeed they turned the corner in the third, outscoring Veterans 17-9. That put them up 46-41 heading into the fourth. It was obviously anybody’s game at that point, and neither disappointed. Finally, as the game got down to the final seconds – 13.8 to be exact – Cam Perkins hit two free throws to make it 66-62, Warner Robins.

Veterans inbounded. Jones struck quickly from 10 feet out to make it 66-64. Rashaun Tomlin, who finished with 20, was fouled quickly thereafter. He made one-of-two to make it 67-64.

The Warhawks inbounded and Hines was on the money. 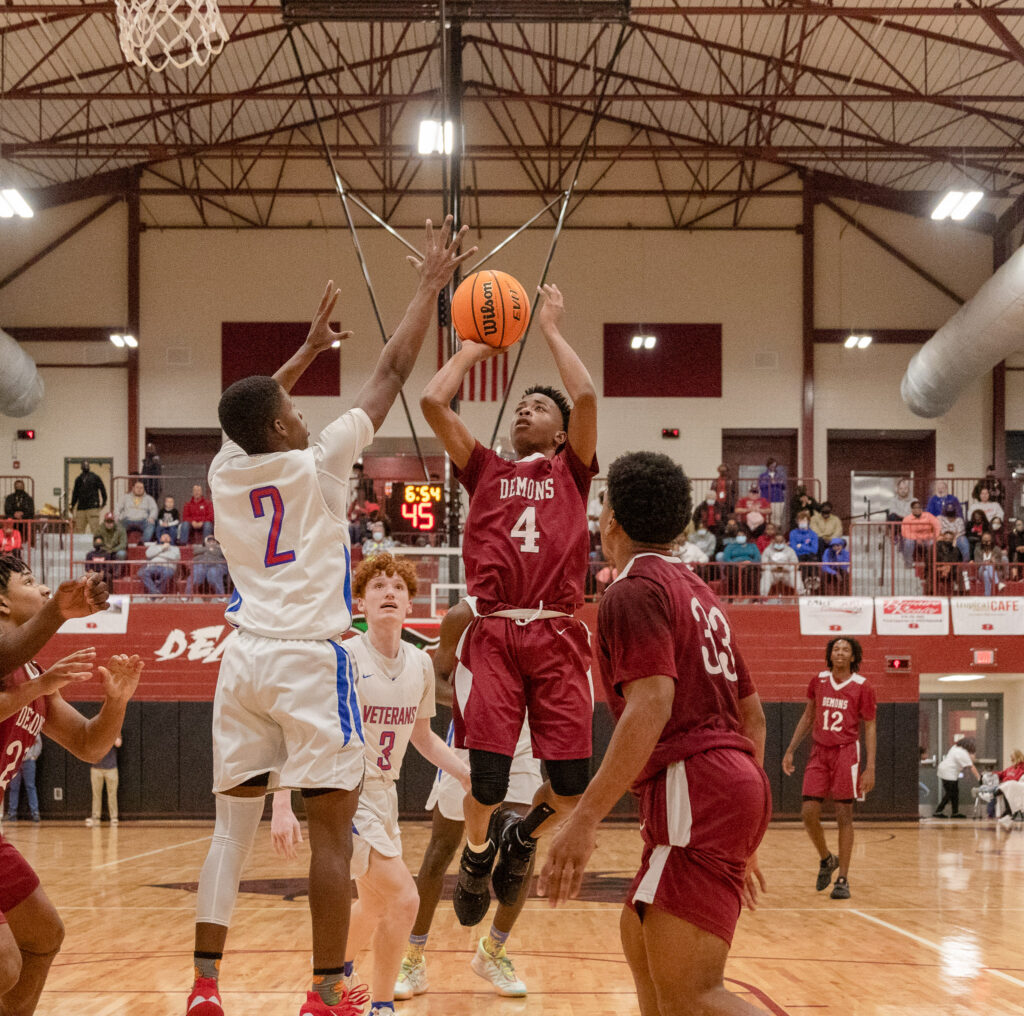 T.J. Grant, 22 points and one of the keys throughout, hit from the field to make it 69-67, Veterans, their first lead in a long while. That also came with 3:43 left in the extra period.

Tomlin was again fouled thereafter. This time he hit both to tie it at 69. Both turned the ball over before Hill was fouled. He made one-of-two. Jones, on a put-back – and dunk to boot – made it 71-70, Warhawks. Warner Robins turned it over on the other end to put it in the hands of Grant. He, in a scrum, made the basket and was fouled. He converted to make it 74-70 with less than two minutes left to play.

Williams on the other end mirrored that – one-of-two – to make it 75-73 before Burley tied it on a medium-range jump shot. The clock was just inside a minute at that point.

The rest belonged to Veterans. Hines was fouled with 48 seconds. He made both. The Demons missed. The Warhawks rebounded. Jones was fouled. He missed both. Warner Robins still had hope. That is until it missed a 3-point attempt … twice. Hines finally grabbed the rebound. He was fouled again. He hit both.

The Demons had one last hope, but again missed a trey attempt twice. 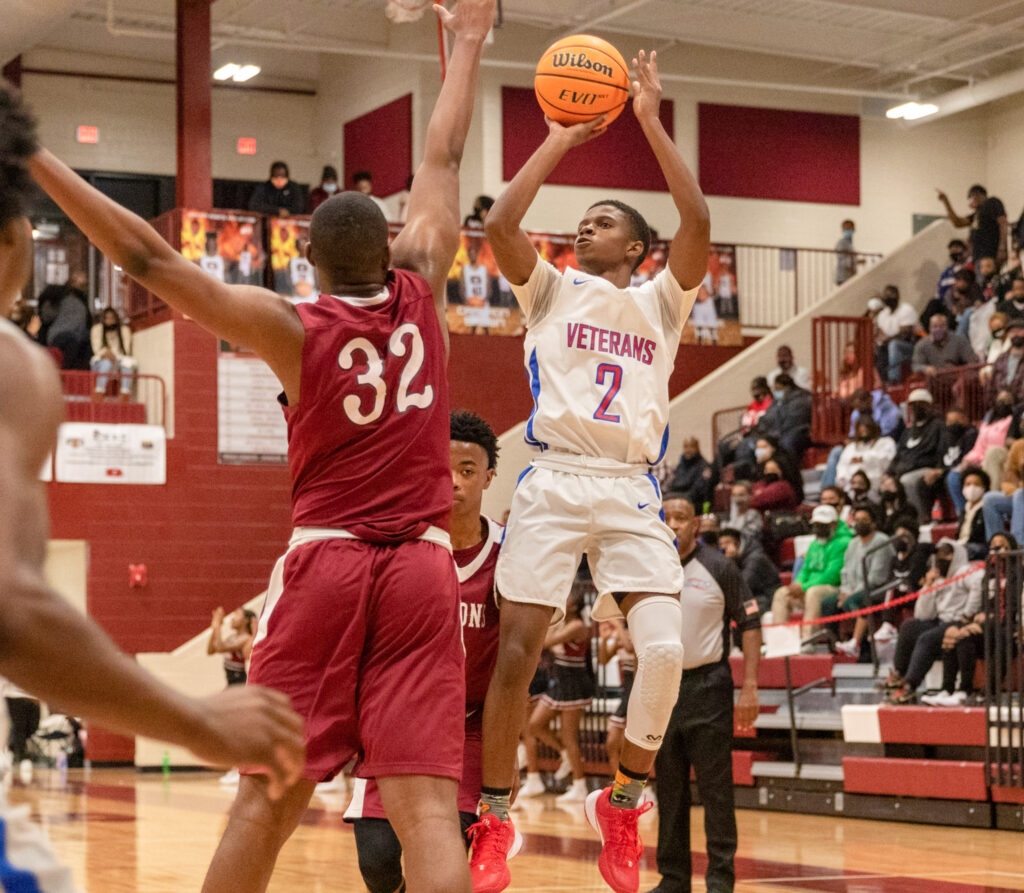 The win kept Veterans perfect, 21-0. They also earned the No. 1 seed at state. They will host Union Grove, the No. 4 out of Region 4, Tuesday or Wednesday.

Warner Robins still earned the No. 2 seed and will get to host at least the first round. They, at 13-11, will do so against Locust Grove, Tuesday or Wednesday. 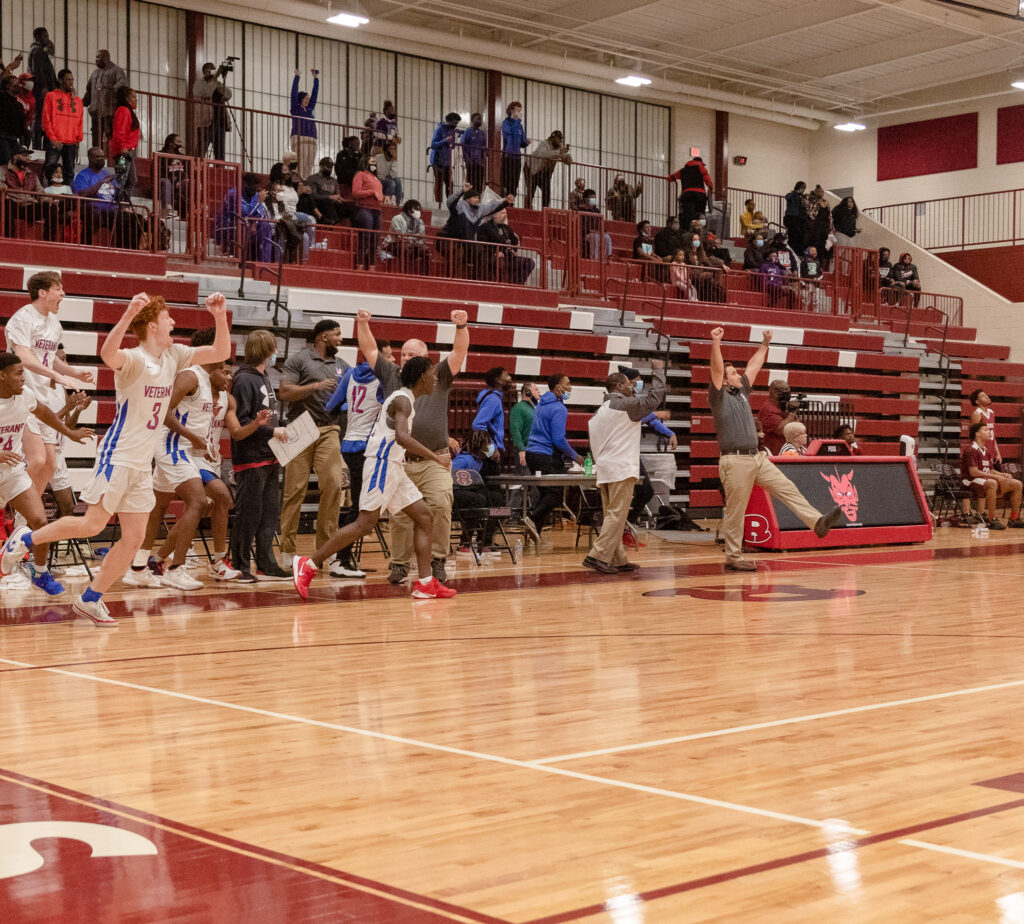