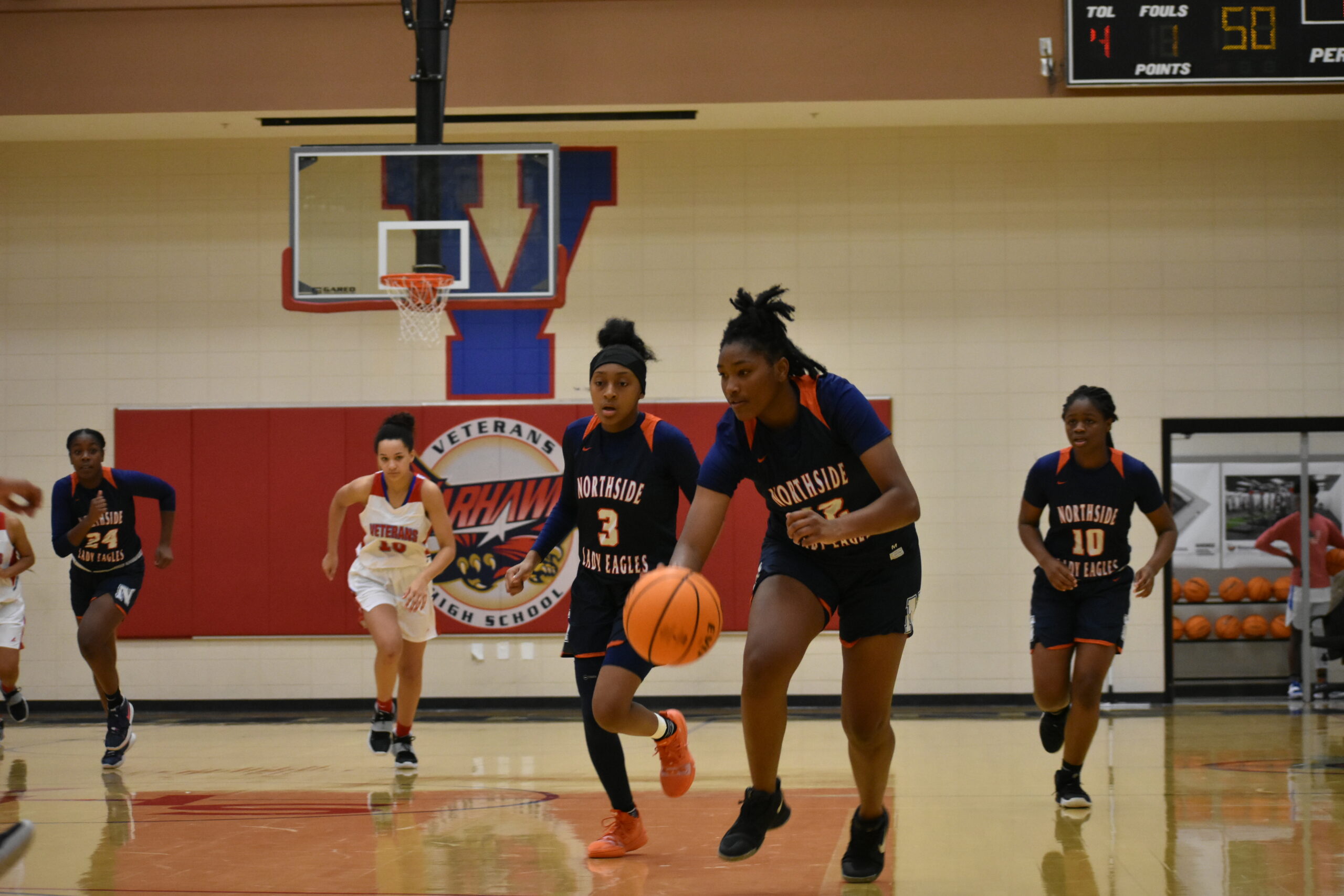 DeAngelo Hines and Khalil Johnson each scored 14 fourth-quarter points to help spark Veterans to a rally past Northside Saturday at the home of the Warhawks.

Hines, who also had 10 in the third quarter, finished with 26. Johnson tallied 20 while T.J. Grant had 21 – 10 and eight in the third and fourth, respectively.

Their efforts probably wouldn’t have had the full affect if they hadn’t shut down Northside’s Tre Grane in the process. He finished with 33, but could only manage a bucket in the final quarter. He scored 10 in the first, nine and 12 in the second and third, respectively.

Veterans improved to 3-0 with the win, while the Eagles break even at 2-2. 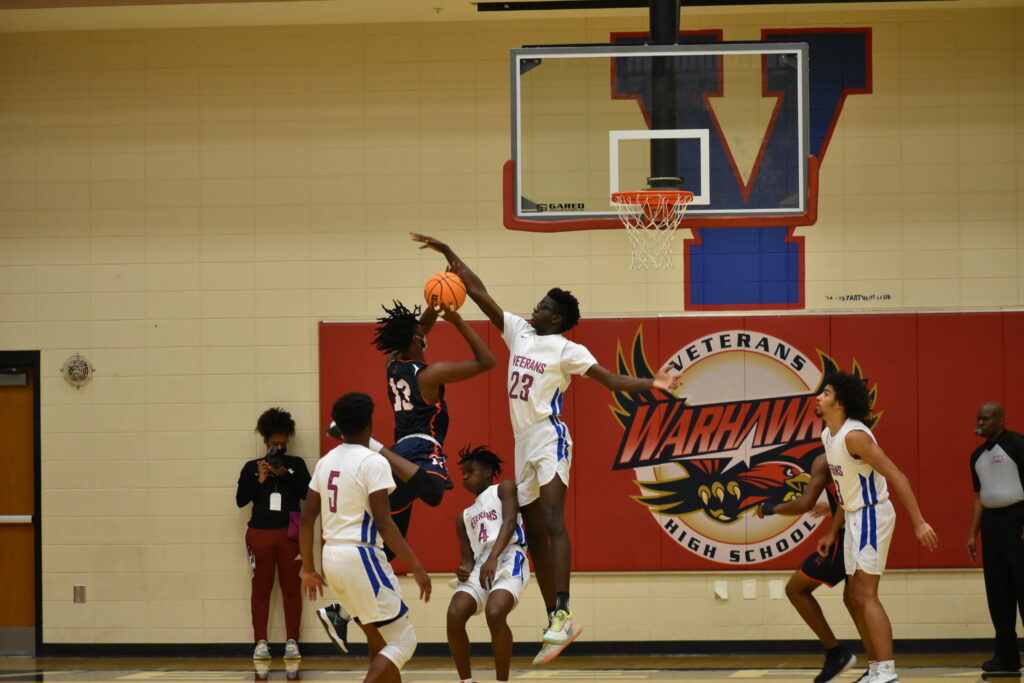 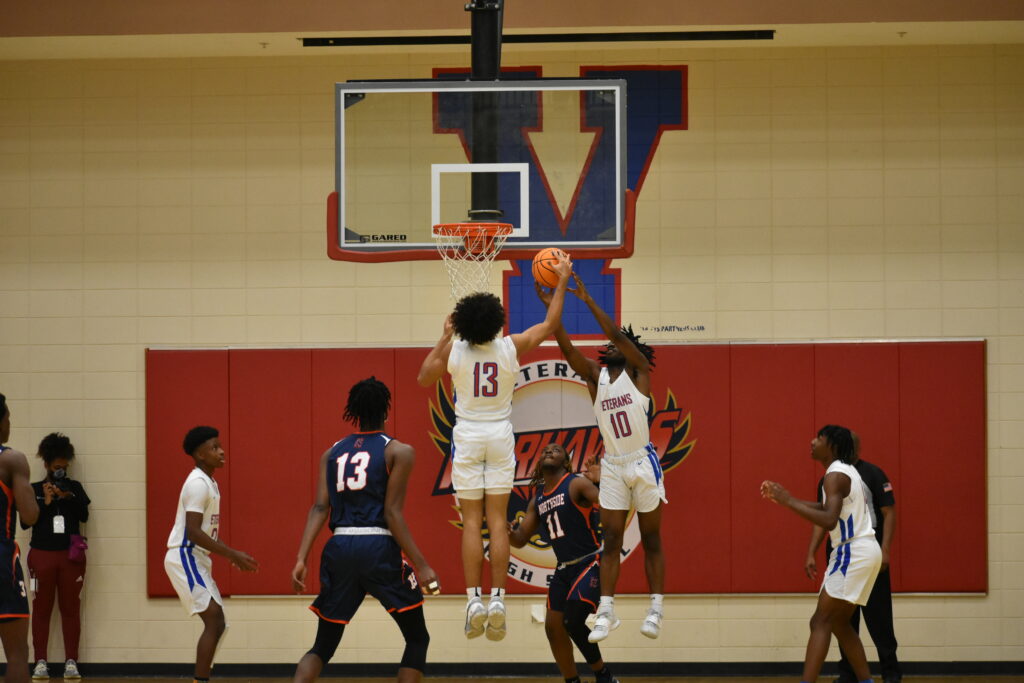 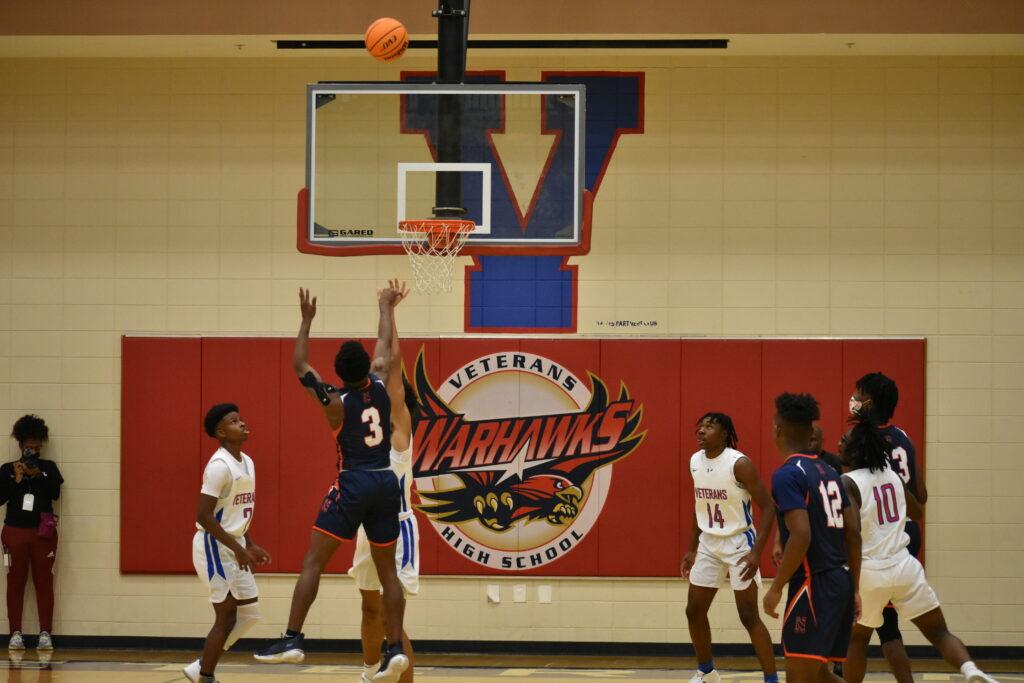 On the girls’ side, the Lady Warhawks had little trouble beating their cross-town rival, 40-13.

Veterans was led by Ansley Miranda. She had 14.

Northside improved to 2-0 with the win while the Lady Warhawks, thanks to a 46-31 win over Perry Friday, now stand at 1-3. 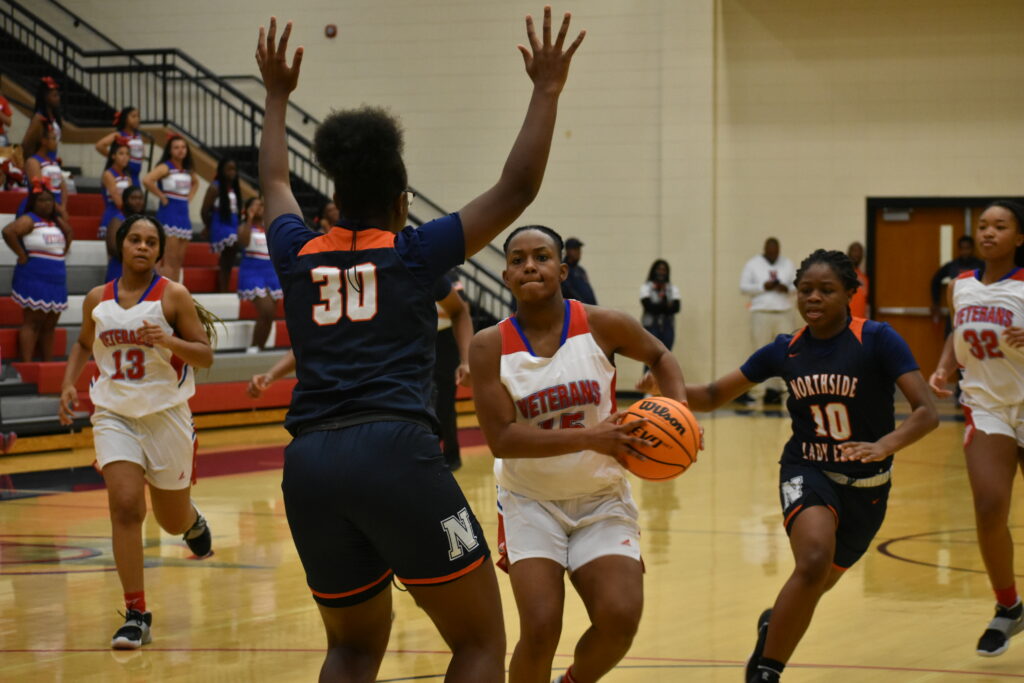 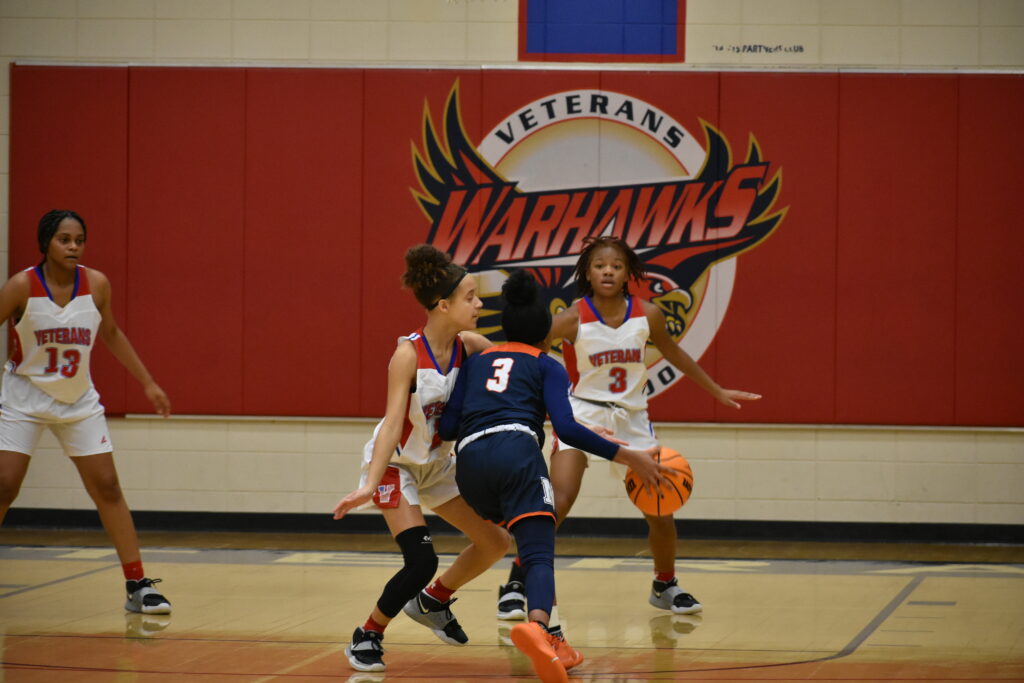