Warhawks roll into round 2 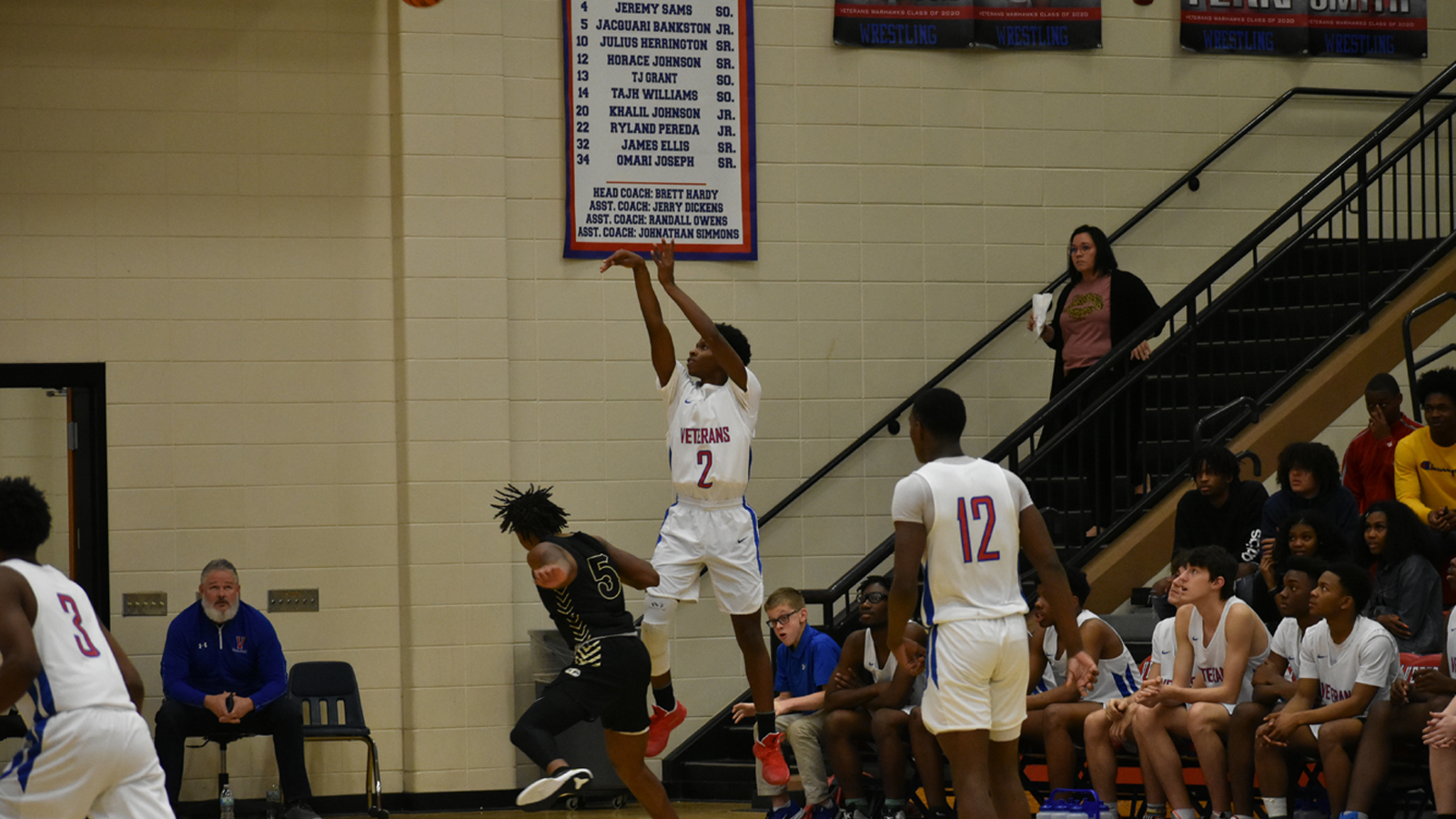 Veterans’ boys got off to a slow start – or at least in comparison to where it finished. They trailed 13-12 after one in their GHSA Class AAAAA state tournament opener at home against Fayette County. They rolled from there, outscoring the Tigers 21-9 in the second quarter for a 33-22 lead at the half.

Jaylyn Williams had 17 to pace Veterans. Nine of that came in the second quarter and eight in the third.

DeAngelo Hines had 16. Six of his came on 3-pointers – he had one in the first and one in the second. Horace Johnson has 11 – all in the second and third quarter (several bench players saw action in the fourth); he was five-of-five from the line. T.J. Grant and Rodney James each had nine.