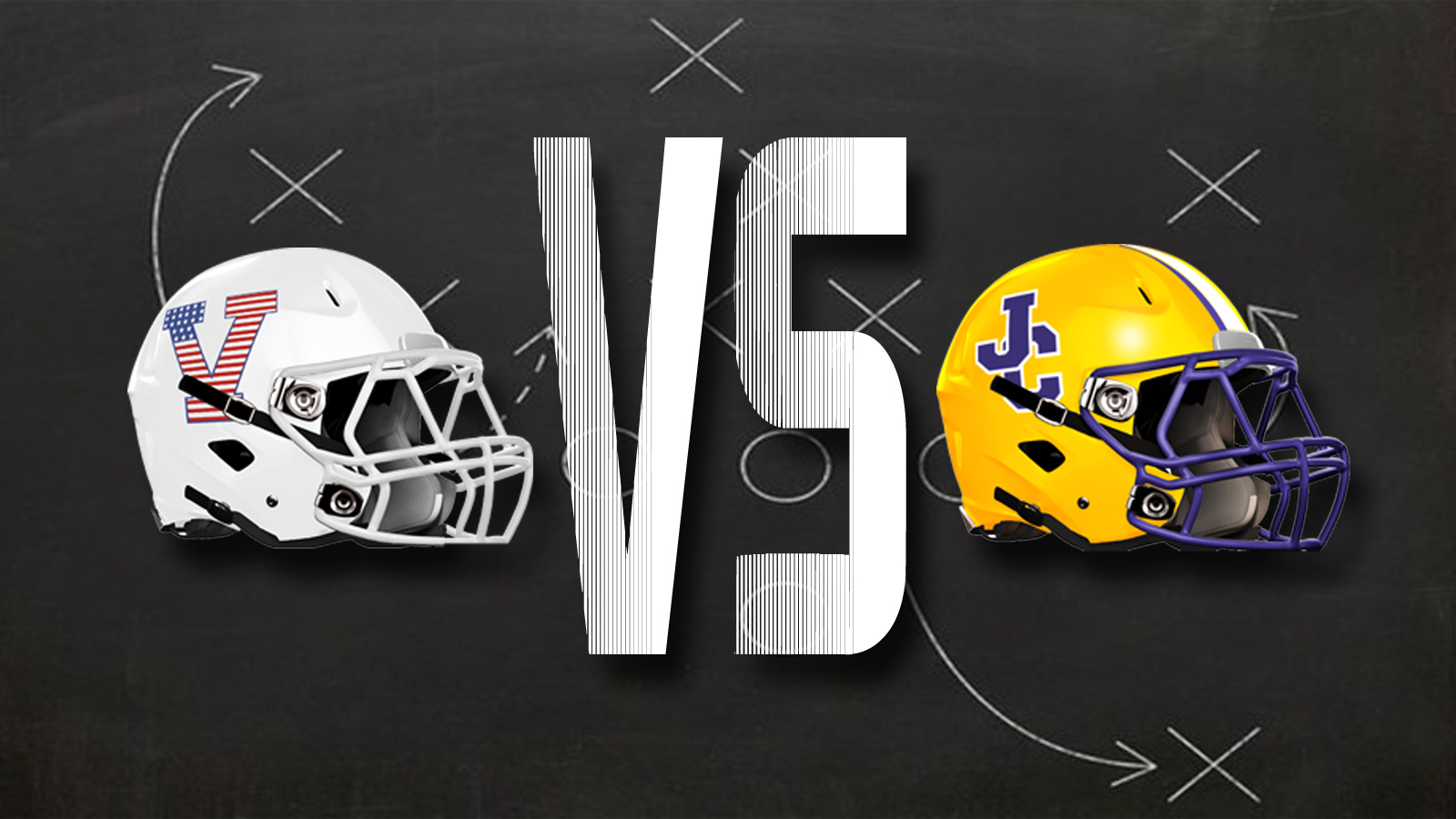 Here’s something you don’t see every day.

Surely that’s good news for Veterans. It hosts the club now coached by former Warner Robins Head Coach Mike Chastain – entering his second year; the Greyhounds finished 12-2 and a trip to the semifinals in his first – Friday on Freedom Field.

If it’s having a down year all the better for the Warhawks, right?

“It’s definitely not what you would consider an 0-2 team,” said Veterans Head Coach Milan Turner. “Their record is in no way indicative of the team they’ve got, the job they do, or any of that.”

Prior to saying that he said: “First of all, they’re an extremely talented team in all phases. Their offense, defense, special teams. They’ve got a lot of talented kids over there.”

The disconnect, which you know if you’ve glanced at Jones County’s schedule, is they’ve played two of the top teams in AAAAAAA.

First they took on Grayson. The Rams finished 11-2 last year, losing in the Elite Eight to state runner-up Lowndes. They are currently ranked first in the state and proved they’re “all that” by beating Jones County 51-13.

Next it was North Gwinnett. The Bulldogs finished 12-2 and also lost to Lowndes – in the Final Four.

They are currently ranked fourth and beat the Greyhounds 44-21.

So there’s that, and there’s this for the 2-0 Warhawks who are currently ranked No. 6 in AAAAA: “They’re playing with a lot of pride. With high expectations. I think that’s why you saw them jump on (the opportunity to play) two of the top 7A teams in the state as kind of a measuring stick for their program and a chance for their kids to kind of see some of the best of the best. And really for the most part, kind of held their own. Ran out of gas late and those bigger schools were able to pull away.

“(So) that’s where they are. (And) you need to add to it one of the best coaching staff’s around. You’ve got Chastain and all of his assistant coaches. They do a real good job.”

He finished with Jones County being the toughest team the Warhawks will have played to date, and added it’s going to be a “huge challenge for us. But it’s a challenge we’re up for. We’re going to prepare hard all week, and then see how things play out.”