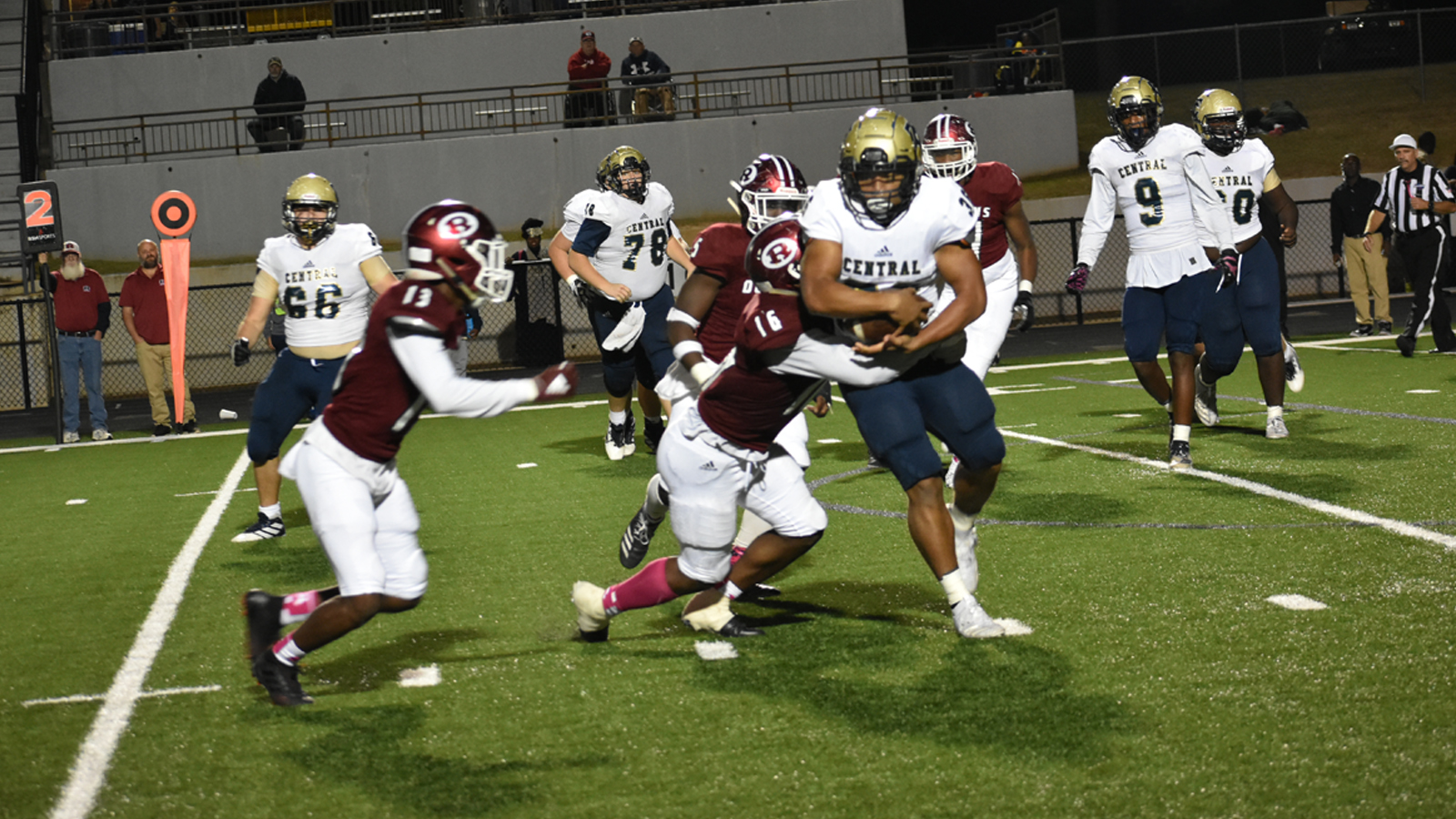 The latter, against Warner Robins last week, started out strong and gradually faded. The height of its desperation to get back in the game showed when it went for it on a fourth-and-long with the ball on its own side of the field and the game midway through the third quarter. It didn’t make it. Not that it would have mattered. The Demons had the game well in hand by then.

The Yellow Jackets, Friday in McConnell-Talbert Stadium, did the same. They got out to a 10-2 lead, looked plenty competitive, and gradually faded from there.

At the height of their desperation, they went for it on a fourth-and-long with the ball on their side of the field – nearly 10 yards deeper than the Bulldogs – and with the game midway through the third quarter. They didn’t make it. Not that it would have mattered. The Demons, 45-10 winners, had the game well in hand by then. 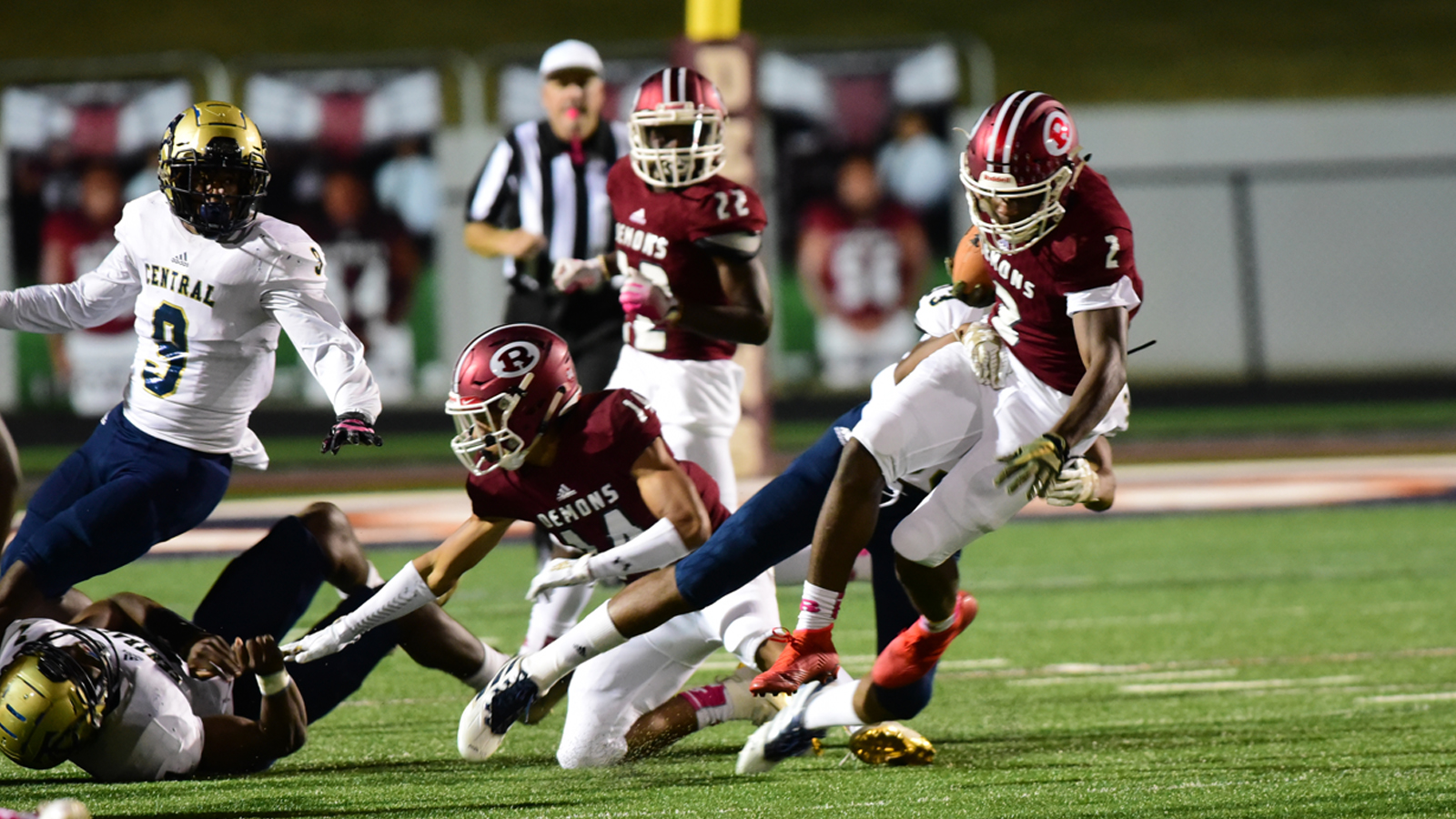 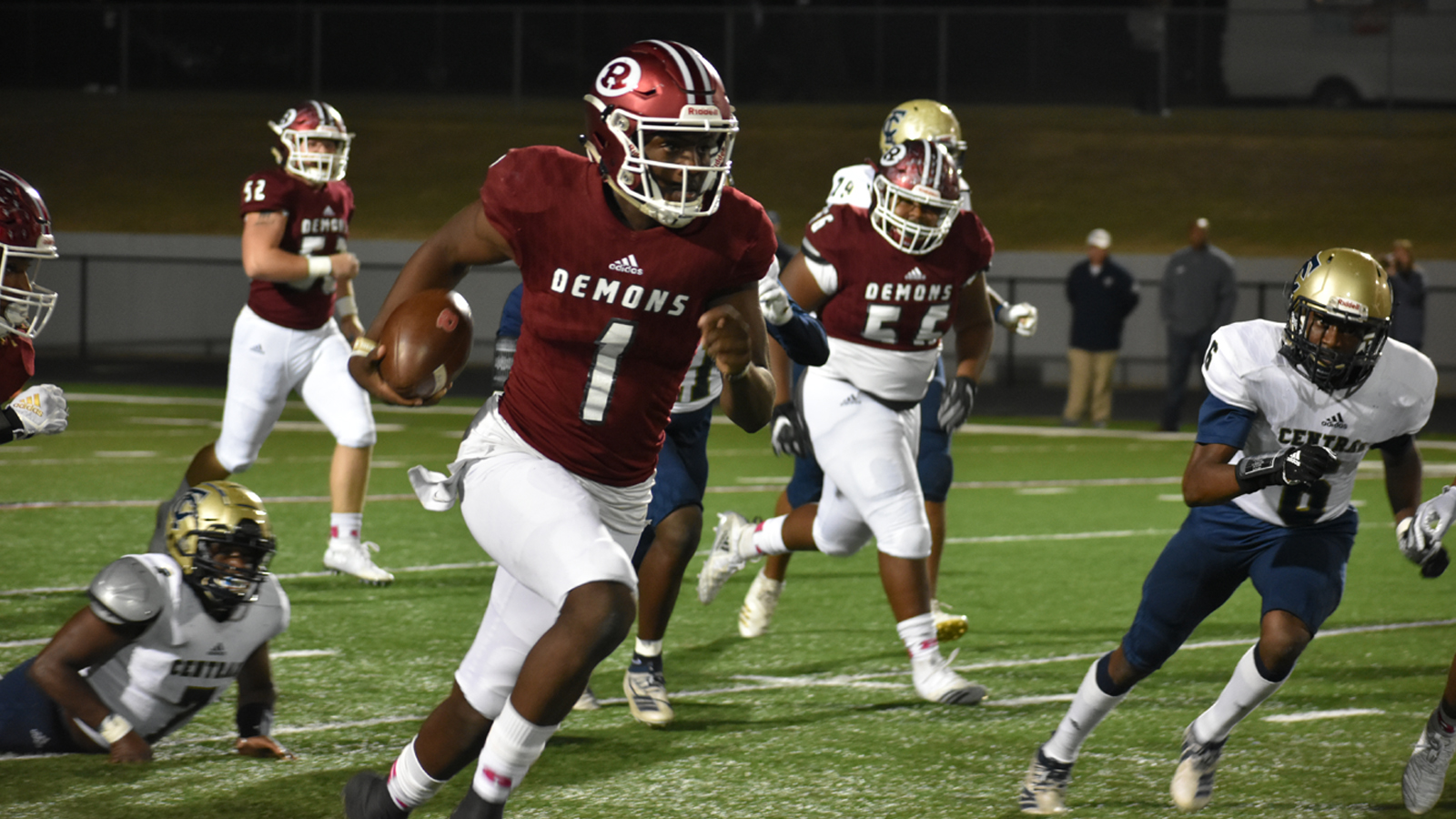 Warner Robins put its first points on the board on the first play of the game – a safety.

Thomas County Central at that point was unfazed. It held the Demons to a three-and-out, then put together a seven-play, 68-yard drive that ended with Don’ya Golson making a 35-yard field goal.

It then forced the Demons to punt again and scored on a double-pass play – wide receiver Carrington Robinson to running back Kai Brown. That was a drive that started on their own 24 and went for six plays. It, with the point after, made it the aforementioned 10-2 with just over two minutes left in the first quarter.

Warner Robins tied it on its next possession. It took only two plays. One was a run by 38-yard run by quarterback Jalen Addie that put the ball on the visitor’s 48. The second was by Ahmed Walker for the score. The Demons returned the double pass favor – Ahmad Walker catching it last in the endzone – to convert the two points.

That came with the game just seconds away from the first quarter ending.

Warner Robins put two more scores on the board before the half was over, added three in the third quarter and played to a running clock and pretty much subs in the fourth.

It was also a bit of a coming out party for all-state receiver Marcayll Jones. He had his usual night of catches – three for 79 yards – but was also used as a quarterback some in the wildcat formation. He carried it four times – passed once but it was incomplete – and turned them into 68 yards.

As a receiver, his first catch was for 18 yards and the touchdown that, along with Cary Payne’s point after, made it 17-10. His second catch went for 39 yards and helped make it 24-10. 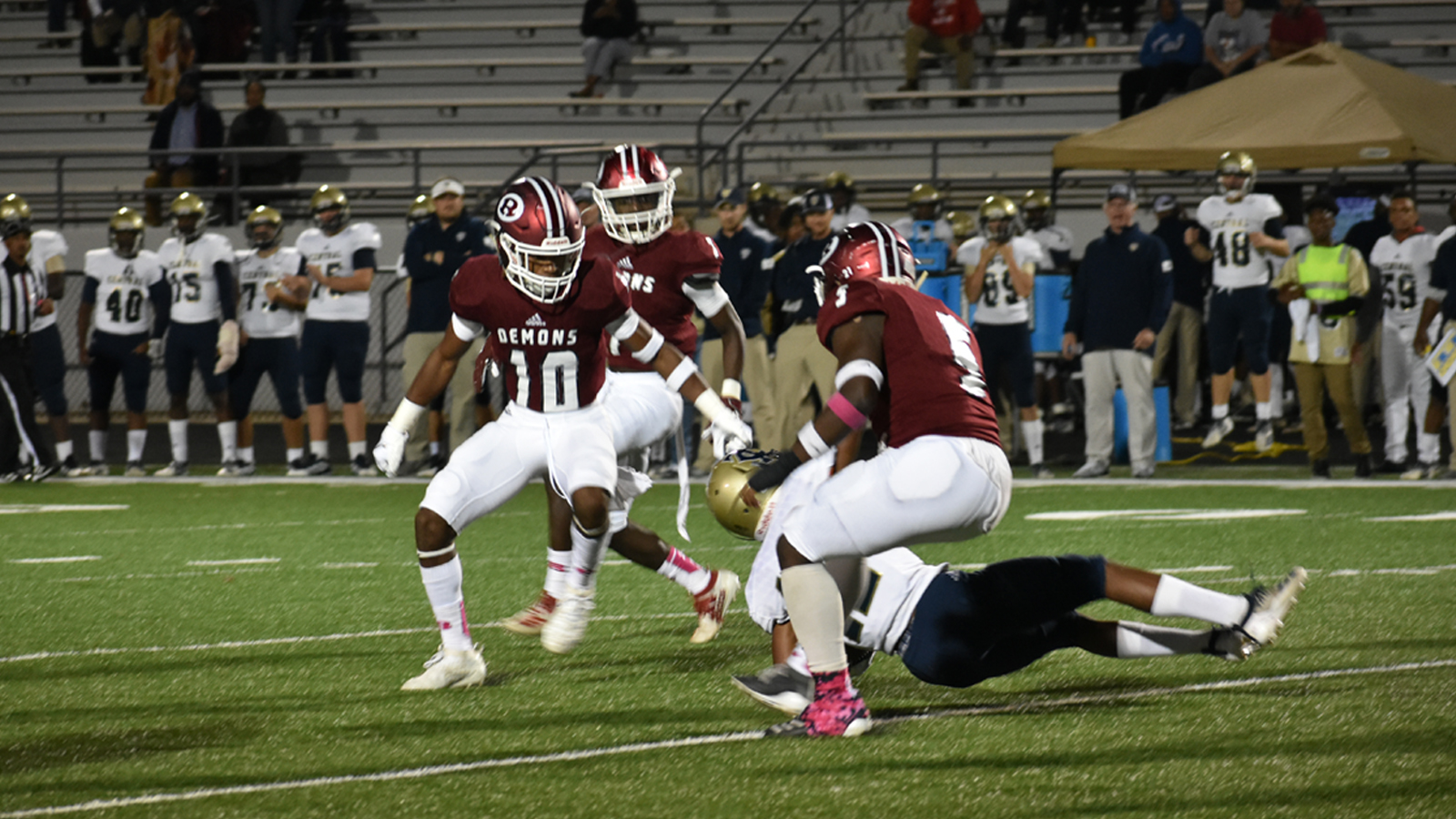 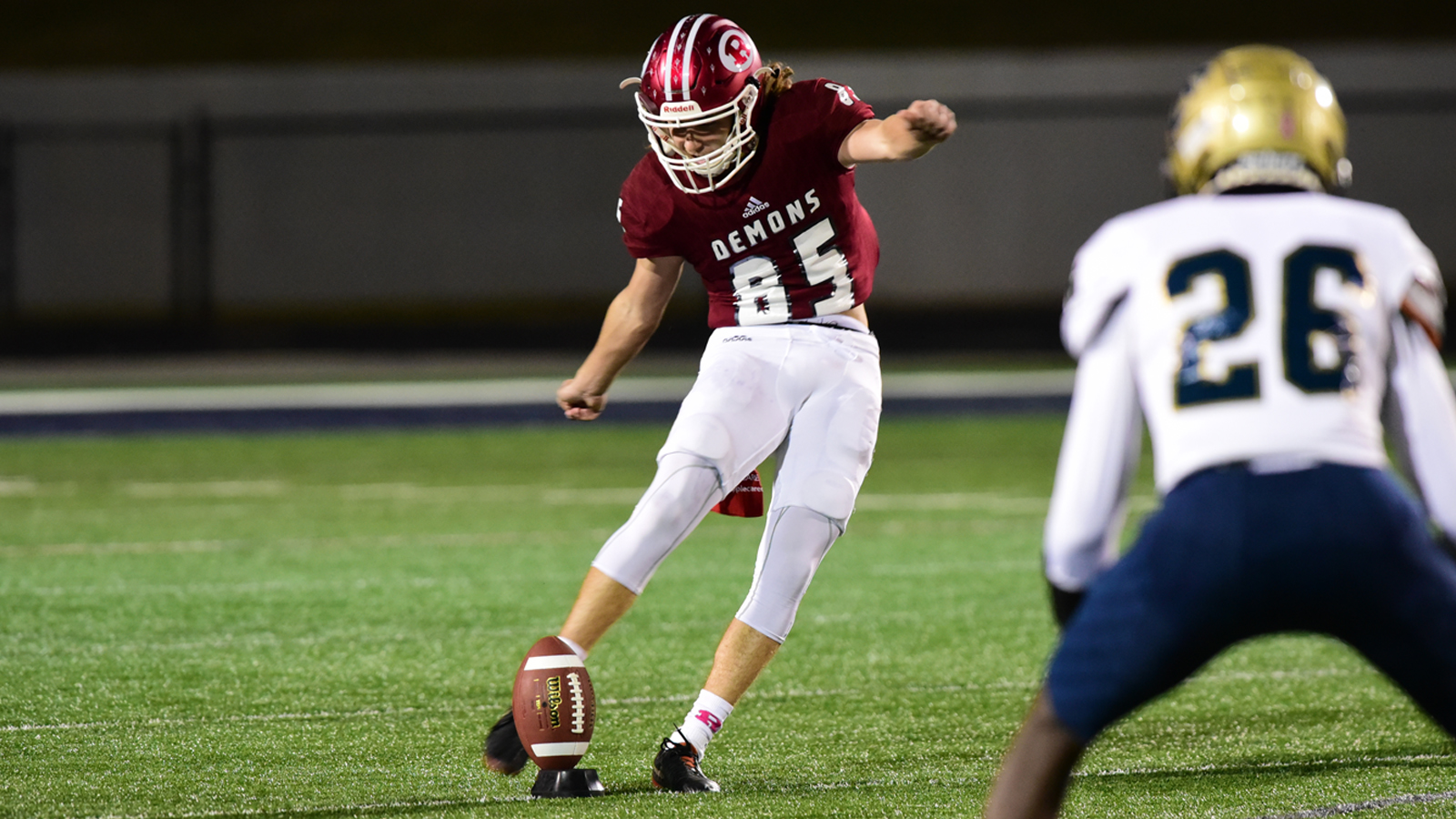 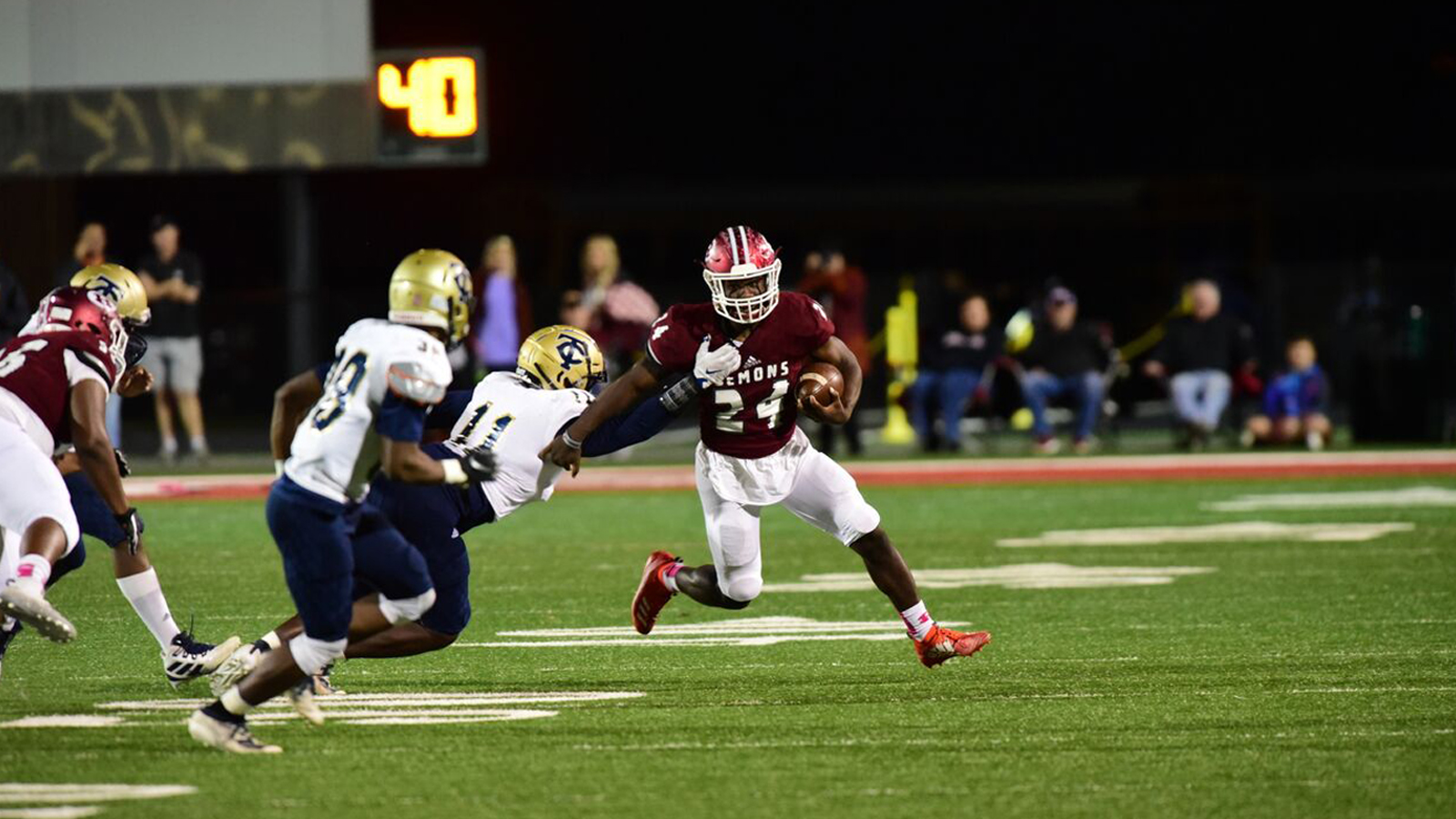