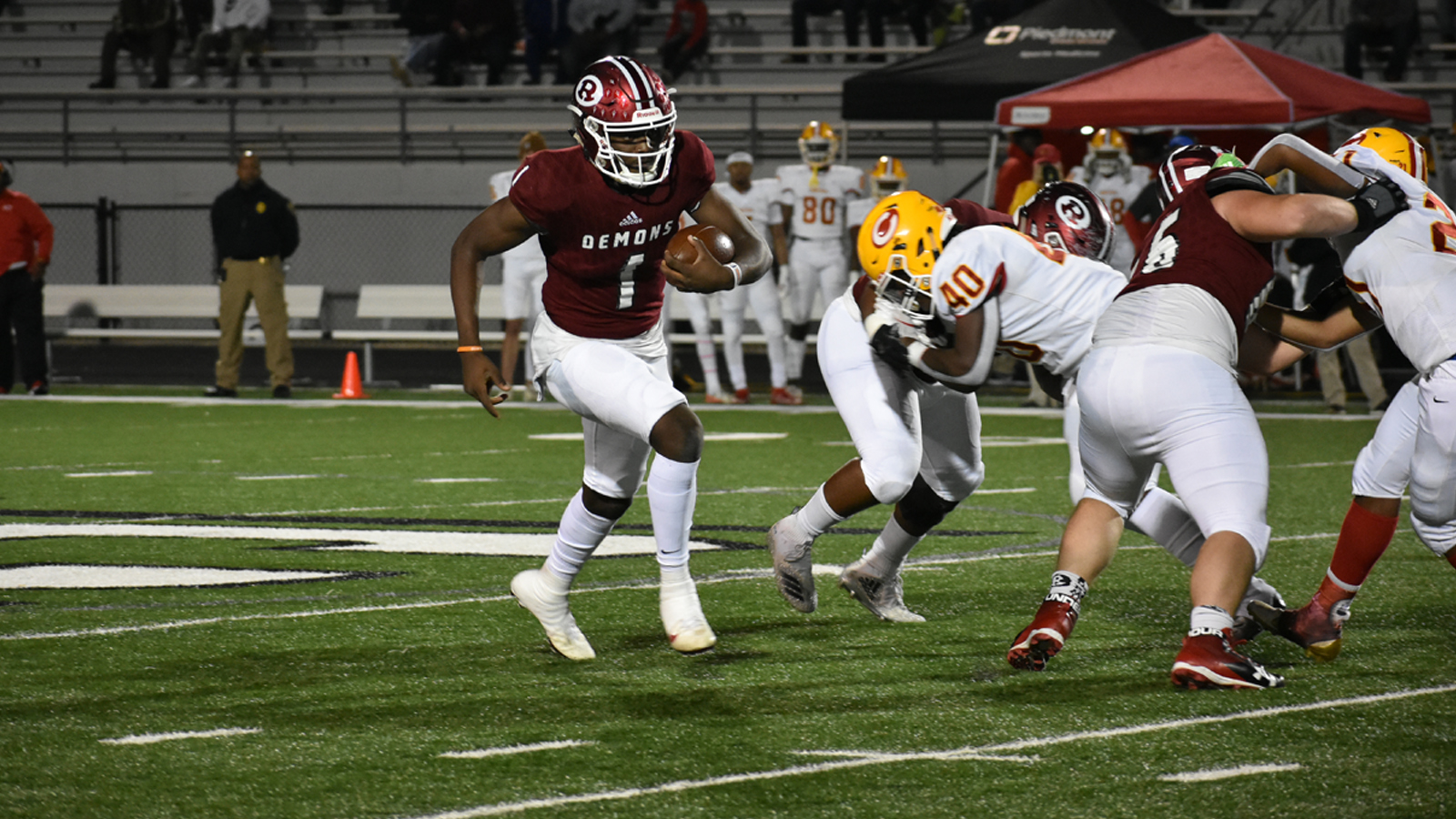 Clarke Central fell to Warner Robins 21-7 in 2018’s state playoffs. Yet it led 7-0 at the half and might have come away thinking: If only we could have held on.

Thus it might have also come into Friday’s Elite Eight matchup against the Demons in McConnell-Talbert thinking: If we ever get in that position again, we can’t let history repeat itself.

Warner Robins, in continuing to make its own kind of history, ensured that wasn’t even a remote option. Understatement! It scored the first 28 points and rolled to a 49-14 win. The Demons will host the winner between Starr’s Mill and Dutchtown – in overtime as of this writing – in the Class AAAAA semifinals next week.

Marcayll Jones scored first on a 39-yard pass from Jalen Addie. That was the completion of a drive that started on their own 20 and went six plays. After forcing the visitor to punt, Warner Robins needed just three plays to get in the endzone again. That’s because one of those – covering 51 yards total – was a 40-yard run by Addie.

Jatavious Bryant blocked a Clarke Central field goal attempt of 38 yards following that. It was picked up by Titonio Smith, who scampered 80 yards the other way for the score.

That all came before the first quarter was over, and the Demons might have scored again had they been able to do something with a fumble recovery. 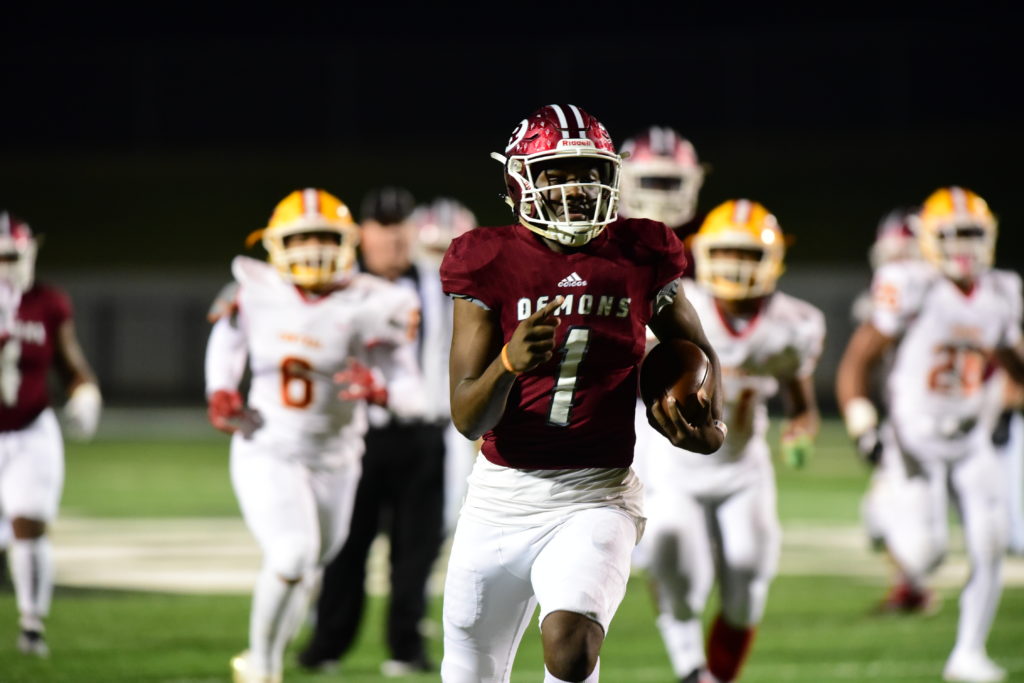 Not to worry. Smith’s pick-six of 20 yards more than made up for it. As did, after the Gladiators had finally gotten on board with a four-play, 59-yard drive, Addie’s 59-yard pass to Corey Petty. That made it 35-7.

Warner Robins added a sixth touchdown on a 46-yard run by Jahlen Rutherford – on the first play from scrimmage after Clarke Central had turned it over on downs. Its seventh came on a 31-yard run by James Smith. It capped off a five-play 70-yard drive. Smith finished with 125 yards. (The Demons didn’t pass in the second half.) Rutherford had 114 and Addie 66.

The Gladiators added a 20-yard run for a touchdown in the fourth quarter, but that came against a host of subs – those actually started filtering in in the third. It was also under a running clock.

With the win, Warner Robins improved to 12-1. Clarke Central ended its year 9-4. 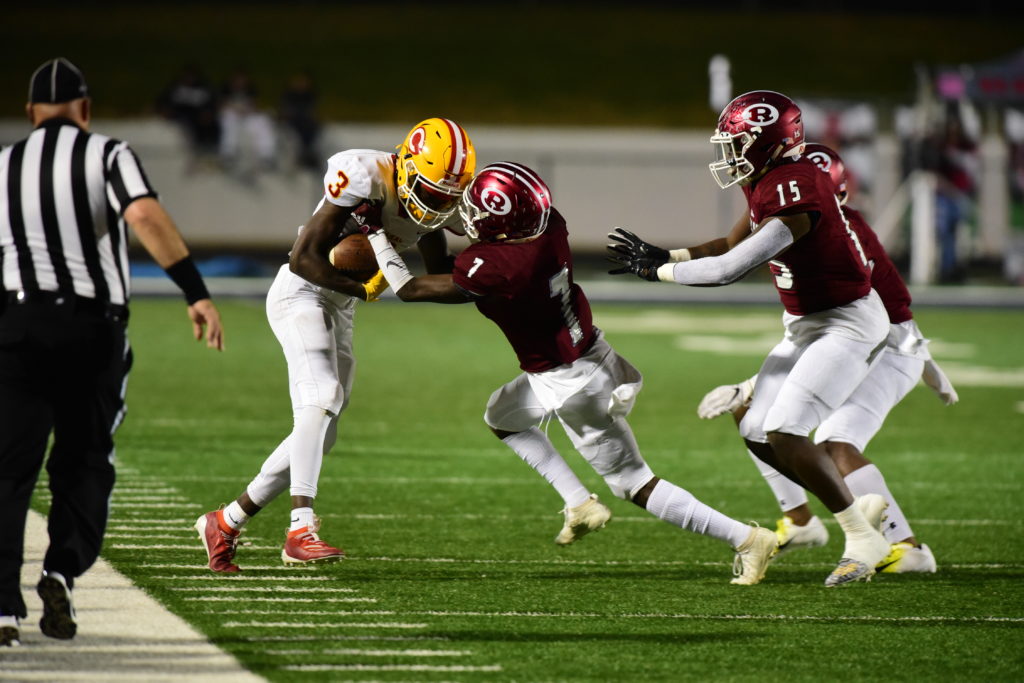 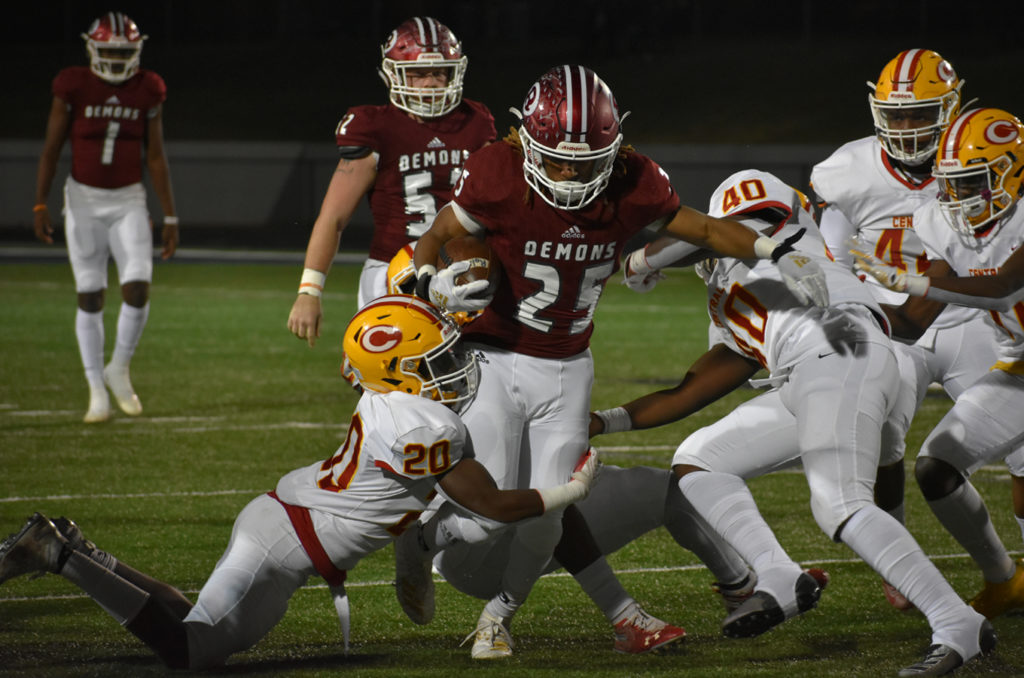