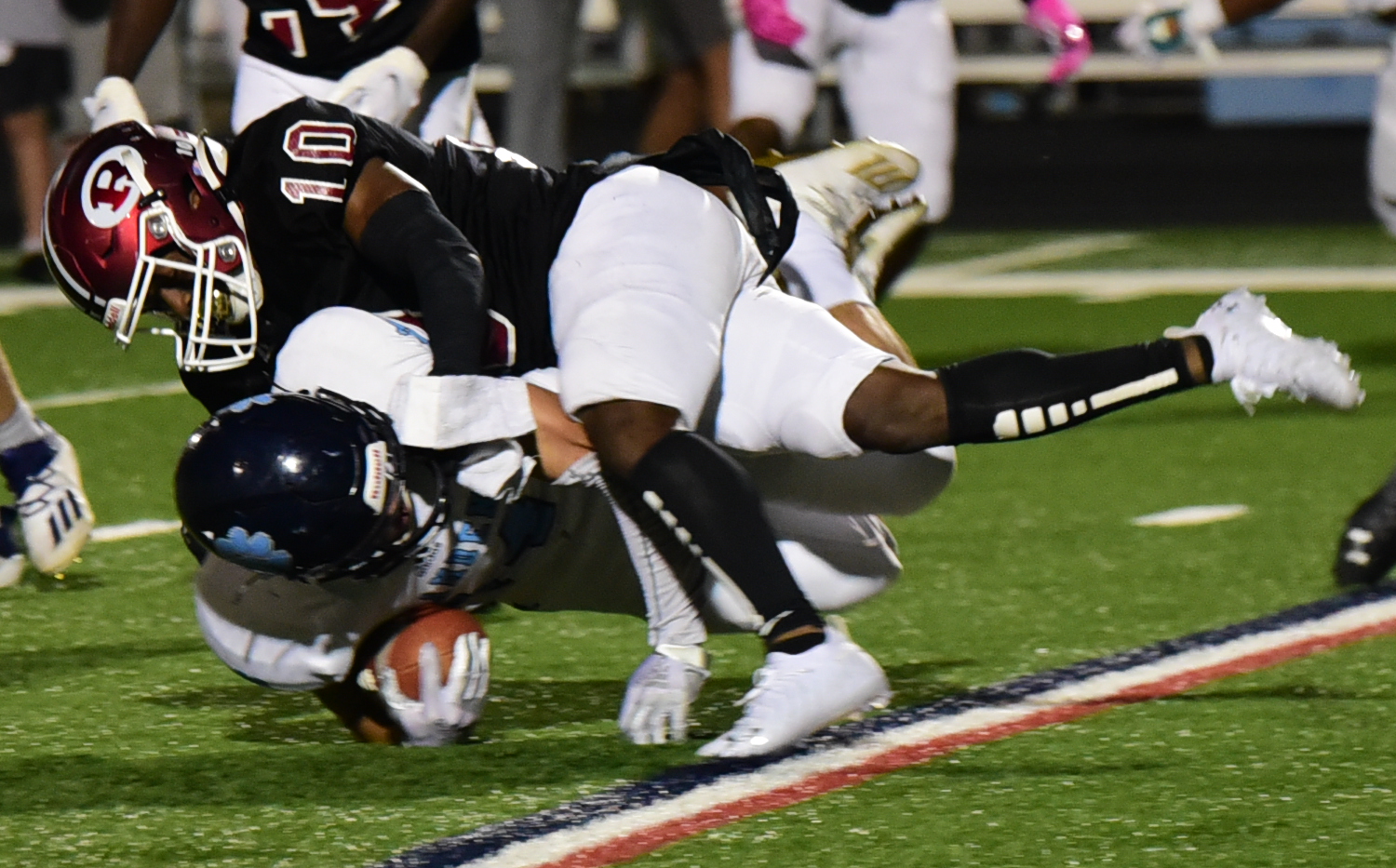 If Camden County represented a last-chance tune up before Region 1-AAAAA competition, Warner Robins demonstrated it simply didn’t need it.

That might be an understatement, as the Demons rolled past the AAAAAAA school 43-7.

A safety provided the first points of the night. Two touchdown runs each by Jahlen Rutherford and quarterback Jalen Addie got Warner Robins out to a 29-0 lead at the half. It added a touchdown in the third and one in the fourth – a running clock in the latter – while forcing the Wildcats to pretty much nothing but punts.

The safety came with about three minutes left in the first. Camden missed a 45-yard field goal to start the game. Warner Robins, after picking up a pair of first downs, punted.

The Demons started on their own 47 after receiving the kick following the safety. They then went eight plays before Rutherford took it in from the 4.

After forcing the visitor to punt again, Rutherford got loose on a 42-yard touchdown run. Cary Payne made it 16-0.

Then it was Addie’s turn. He scored from eight yards out on both scores. The first capped off a six-play, 48-yard drive. The second was the finish to a nine-play, 68-yard drive. That came with 3:45 left in the quarter. The Wildcats punted before both turned it over on downs to finish out the half.

Addie scored again on the Demons’ first possession of the second half. This time it was from 60 yards out. Daniel Barber’s point after made it 36-0. 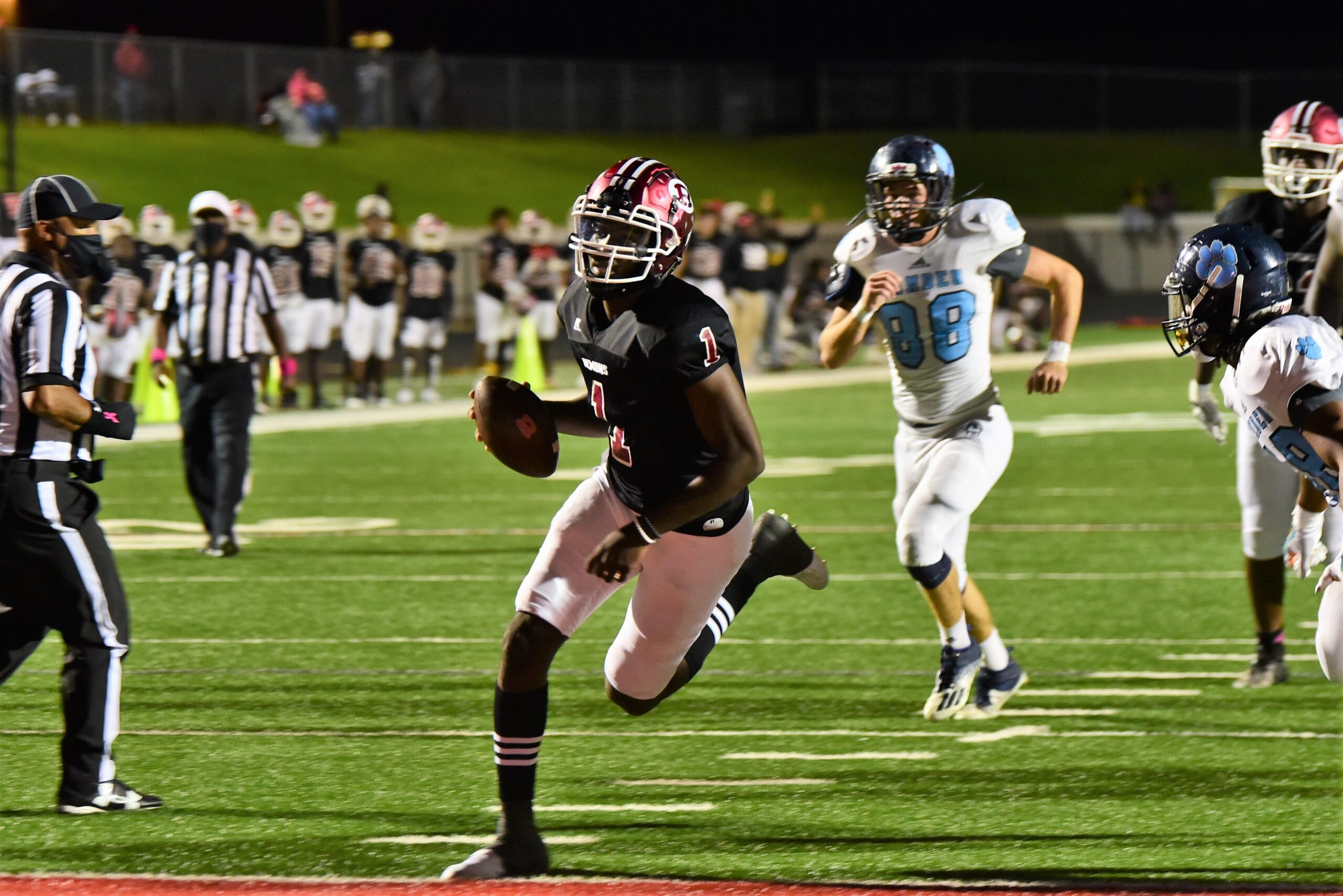 Jalen Addie scores one of his three TD’s

After several punts by both, Malcolm Brown got loose for a 46-yard run and another score. It came with just over a couple of minutes left in the game.

The Wildcats prevented the shutout with a desperation drive that ended in a touchdown catch by Semaj Parker as time ran out.

Warner Robins potentially improved to 5-1 (there are reports Valdosta had to forfeit its win due to an ineligible player) with the win while Camden County fell to 4-3.