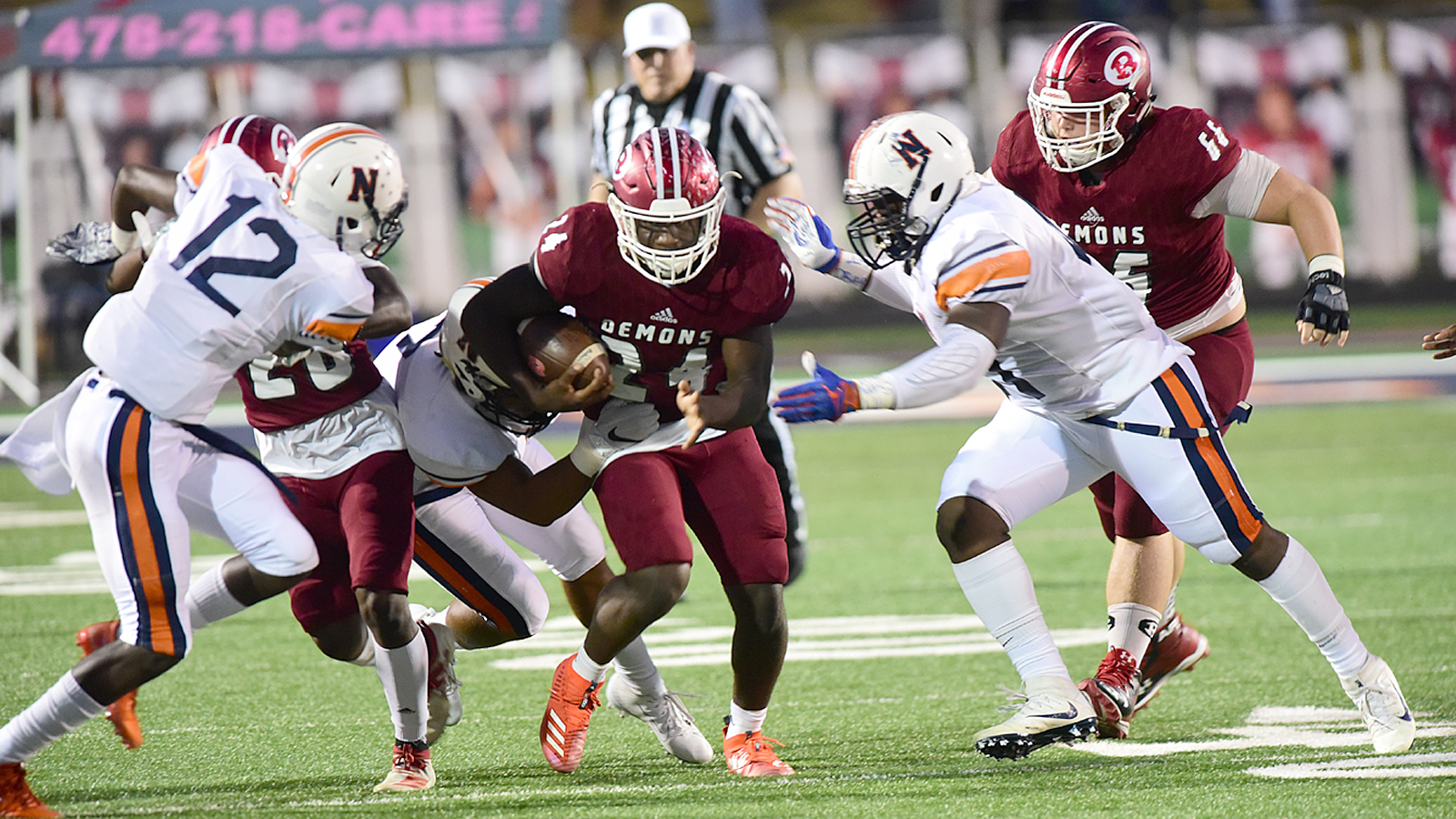 It almost sounds like a foreign word when you’re talking about Northside-Warner Robins football, but that was the right word. In fact, you could add one to it: “dominating” shutout.

That’s the only way to effectively sum up what the Demons did to the Eagles Friday in McConnell-Talbert Stadium.

They won 39-0 – the 11th such shutout for them in the series. (Northside had enjoyed the last three shutouts.) En route to the goose egg, Warner Robins held its crosstown rival to just 45 yards of total offense. Twenty-four of that came on the ground and 21 in the air.

The Eagles also had just three first downs in the first half – four total – as they were forced to punt four times in the first two quarters and four times in the final two. They were also intercepted twice, the first of those by Cian Lewis, who took it to the house for a “pick six”. That was on Northside’s first possession of the game. Cary Payne made the point after to give Warner Robins the only lead it would need (that, too, sounds foreign) less than three minutes in. 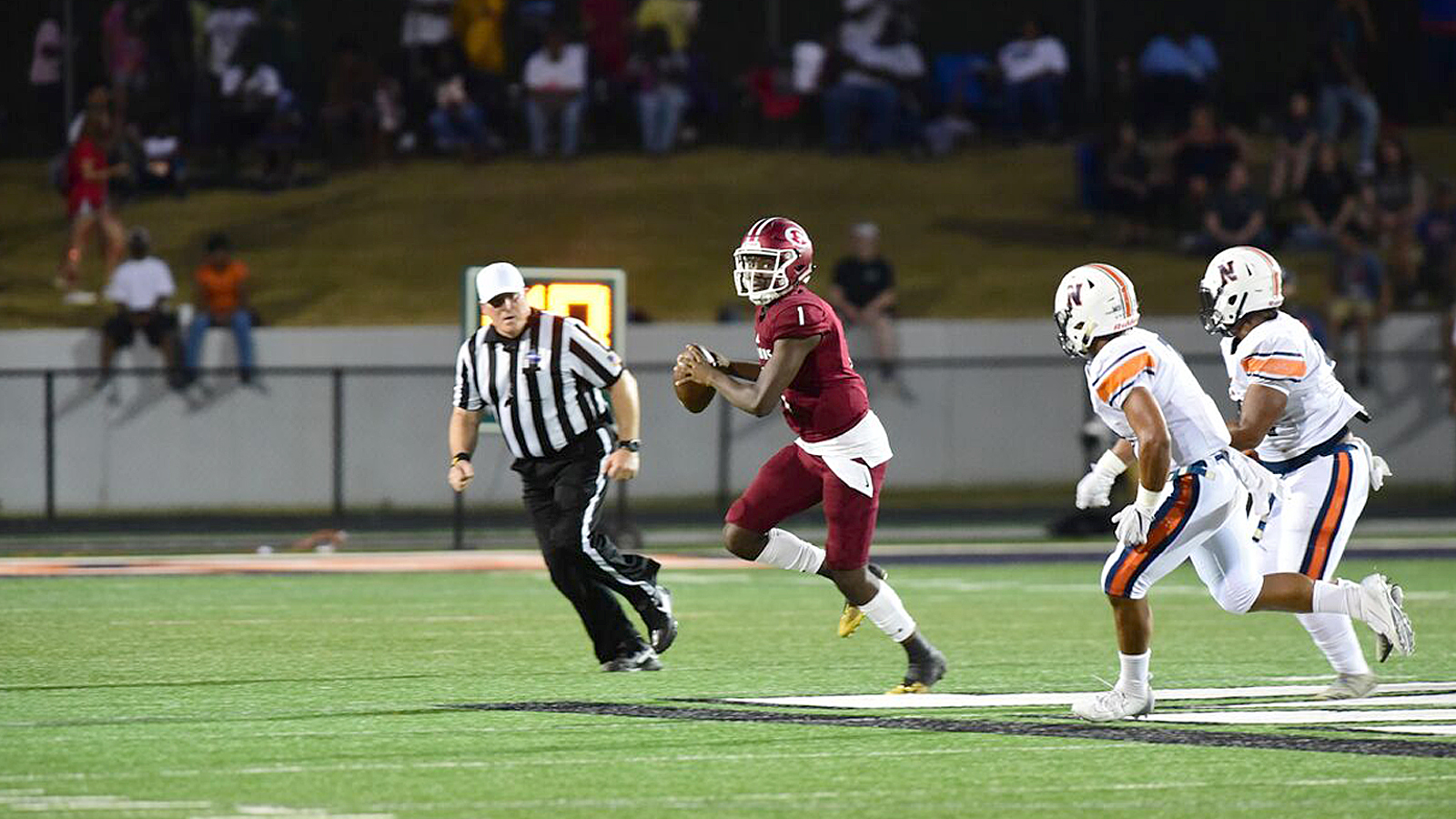 Ahmad Walker scored Warner Robins’ second touchdown. That was on a one-yard run and capped off a six-play drive that went 80 yards. Payne’s point after made it 14-0 and ushered in the second quarter – to the second.

Walker scored again from four yards out just inside two minutes left in the second. (Payne missed a 28-yard field goal prior to that.) Walker only had 10 yards on four carries, but he obviously got the ball where and when he needed to get the ball. His score took care of a nine-play, 53-yard drive.

Jalen Rutherford led Warner Robins in rushing. (James Smith also contributed 75 “quality” yards – meaning: helping to pick up first downs and move the chains – on 14 carries.) Rutherford had 101 on 18 carries and scored the Demons’ fourth touchdown. That was on an 11-yard pass from quarterback Jalen Addie. It finished off a six-play, 32-yard drive – a punt from deep inside Northside territory helped set it up. It also came with five seconds left before the break and made it 27-0. (Payne’s PAT was blocked.)

After the Eagles punted twice, the Demons punted once and they both traded off interceptions, Armon Porter scored on a 12-yard pass from Addie. Payne’s point after was no good making it 33-0 with just over a second left in the third.

That also made it a running clock in the fourth. Warner Robins finished things off with a Rutherford score from the two. That was the finish to a 64-yard drive that went seven plays.

With the win, Warner Robins improved to 4-1 while Northside fell to 3-3. 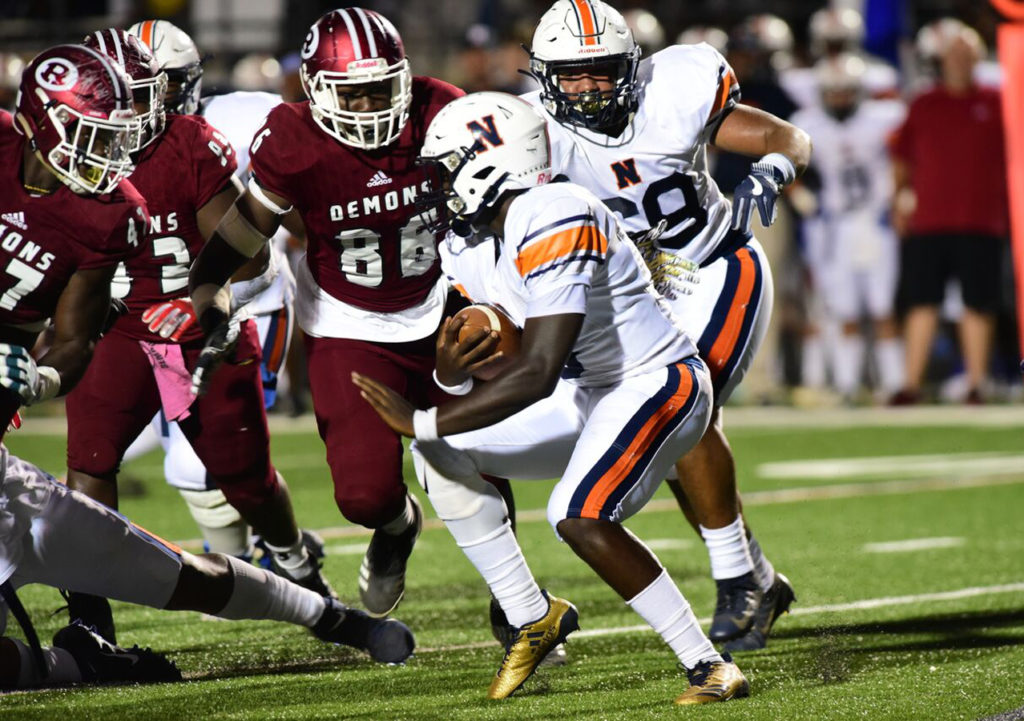 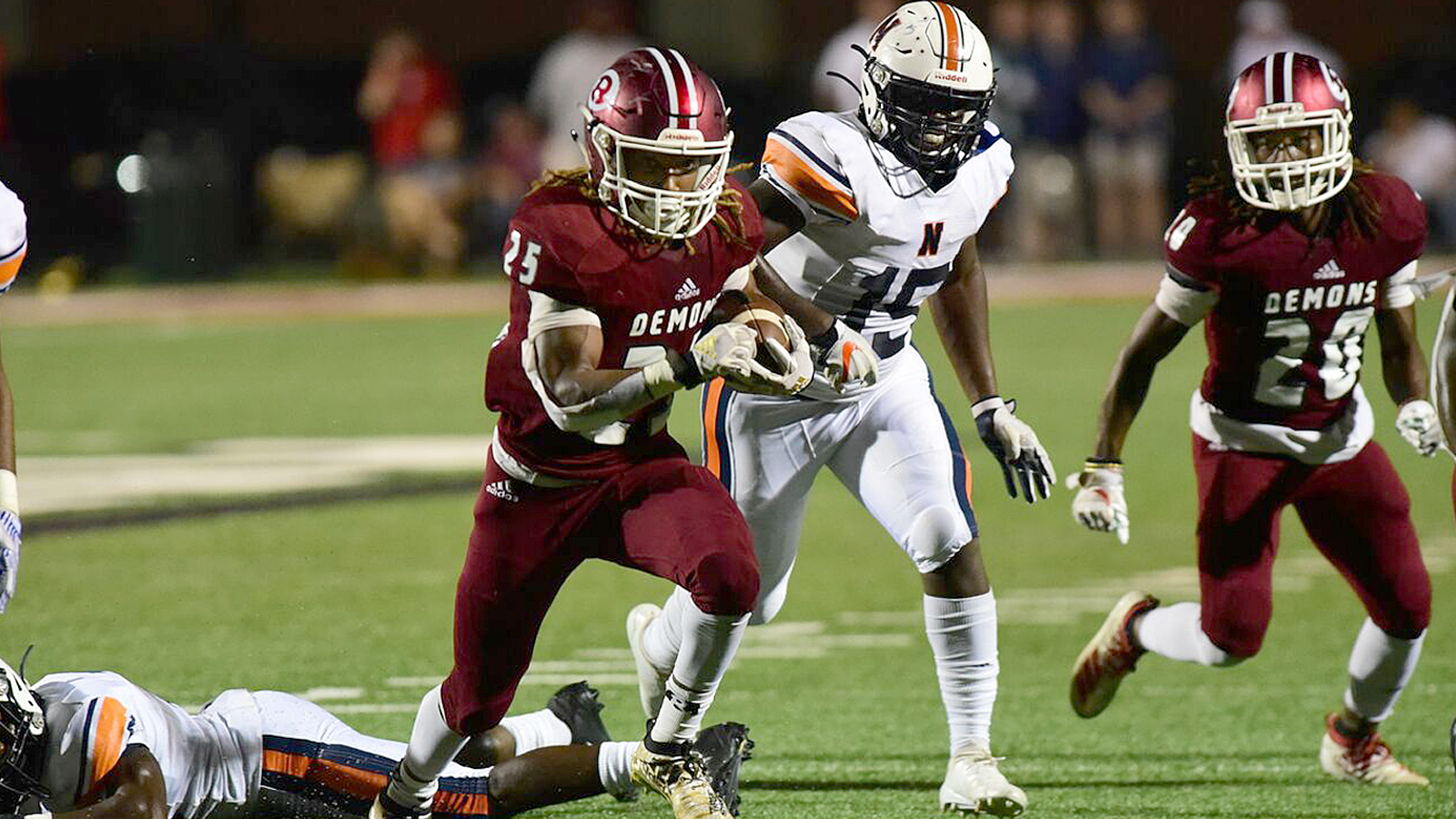