Warner Robins drops Jonesboro to move into second round 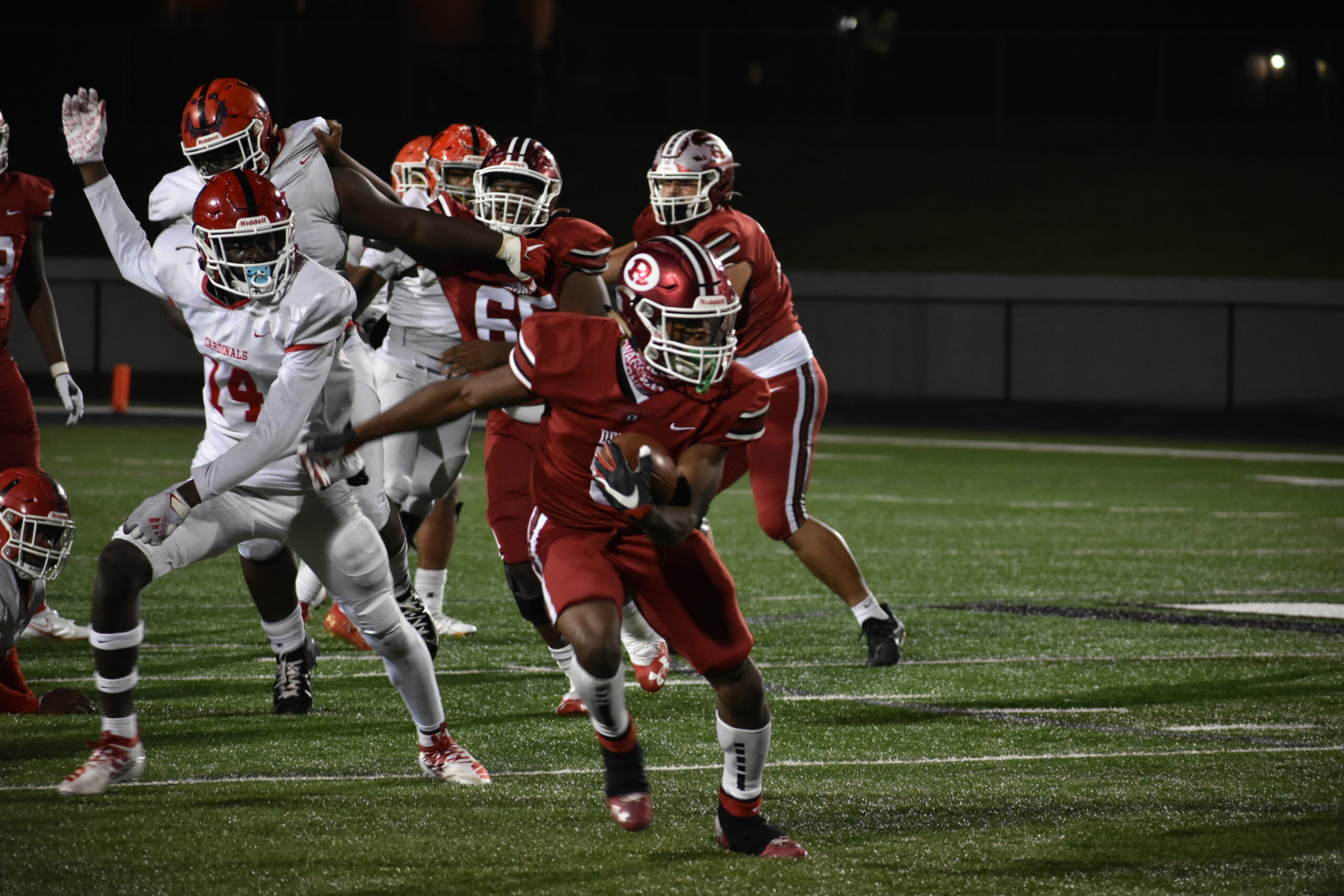 All of the Cardinals’ points came in the first half. They proved plenty pesky at that point and appeared as if they would be for the duration. Being outscored 30-0 in the second half pretty much took care of that, however. 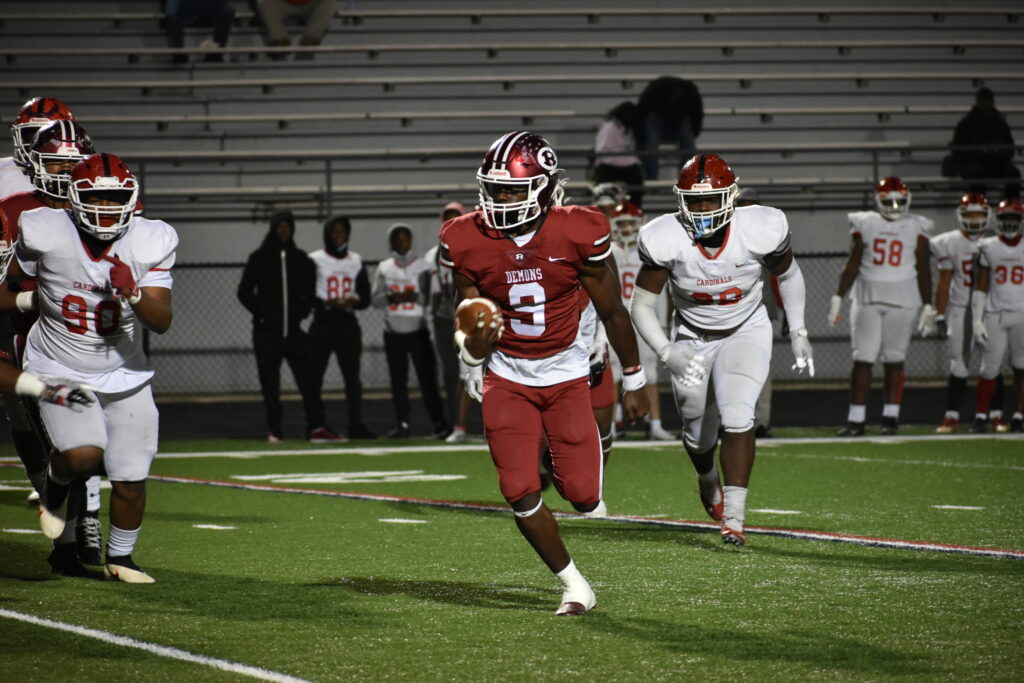 Perry’s scores came on runs of one, three and one yard. It, combined with Daniel Barber’s points after made it 21-0 before the first quarter was over. The first was the finish to a four-play drive that started on Jonesboro’s 28 – a short punt. The second capped off four-play, 24-yard drive. It actually started on the 10 after the second good return by Perry, but a flag moved it back. (If there was a down side to the night, it was the number of yellow hankies the Demons had to overcome.)

The Cardinals did score after his third touchdown, a 90-yard kickoff return by Jason Mitchell. There was also a third score in between his third and fourth touchdown. It came via an 11-yard pass from quarterback Christon Lane to Jay Carter.

Jonesboro answered that with a six-play, 72-yard drive and a score by Michael Glover from two yards out that cut it to 28-13.

The Demons then turned it over on downs but the Cardinals were picked. Marquiz Gray did the honors and took it some 40 yards to the 7. Perry ran it in from there.

Jonesboro answered with a six-play 58-yard drive. It scored on a one-yard pass from Marques Dunn to Damon Wilson. That made it 34-20, which is where it stood at the half. 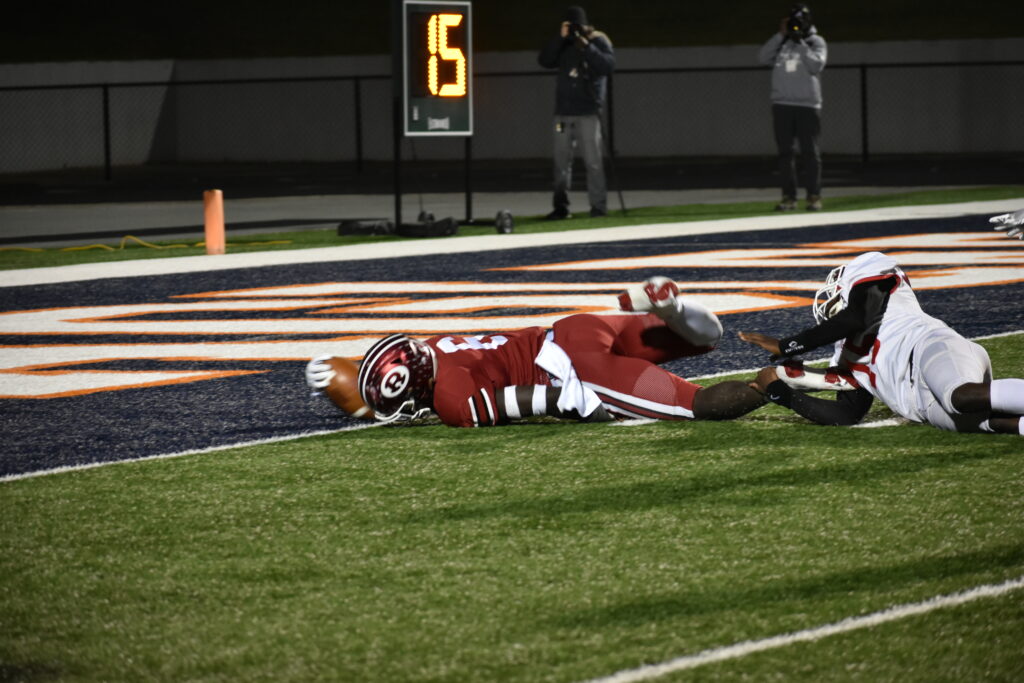 The second, as already mentioned, was all Warner Robins. It scored on its opening possession of the third on a nine-play, 65-yard drive. What do you do if you’ve got a player who has scored four touchdowns already and you keep giving him the ball? You fake it to him on the 1 and then walk in. Or, at least that’s what Lane did. Barber made it 41-20.

After a couple of Cardinal punts and one by the Demons, Barber made it 44-20 with a 20-yard field goal. That came with just over two minutes left in the third and was the finish to an 11-play drive that started on the 34. That also ushered in the fourth quarter.

Lane connected with Daveon Walker on a 41-yard pass to make it 51-20 with Barber’s point after. From there it was time for some reserves to shine. Quarterback Isaiah Canion found Demetrius Austin for one score – a 15 yards. Titorio Smith finished the night off with a run from the 2. That came with just over two minutes left to play.

Jonesboro did get it near the redzone but time ran out before it could finish it off.

The Demons improved to 10-1 with the win while Jonesboro finished off its season at 7-4. 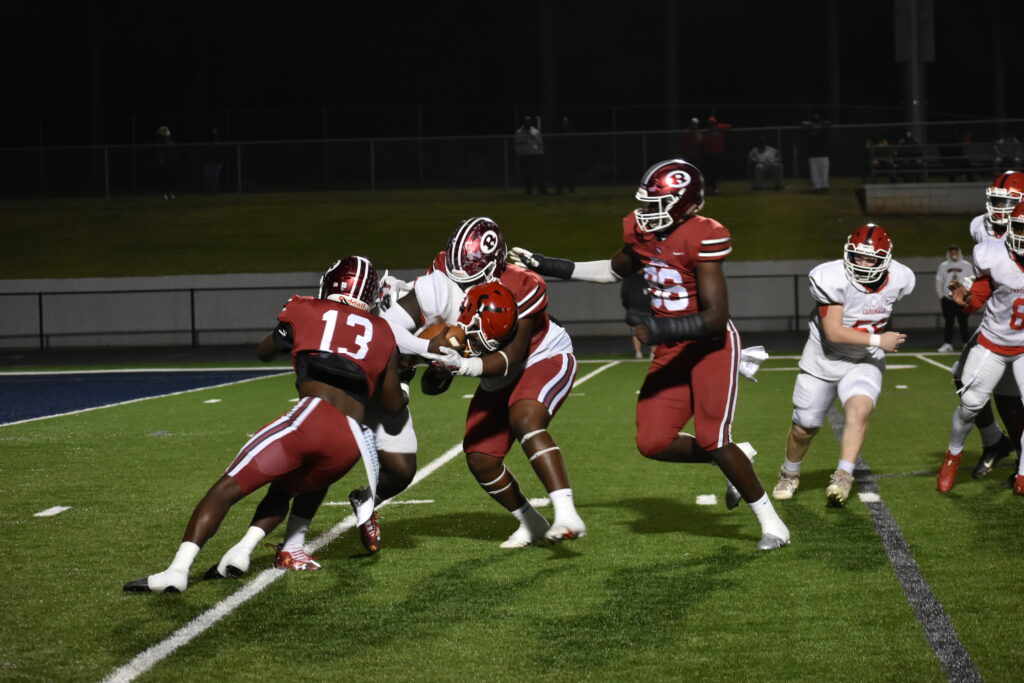 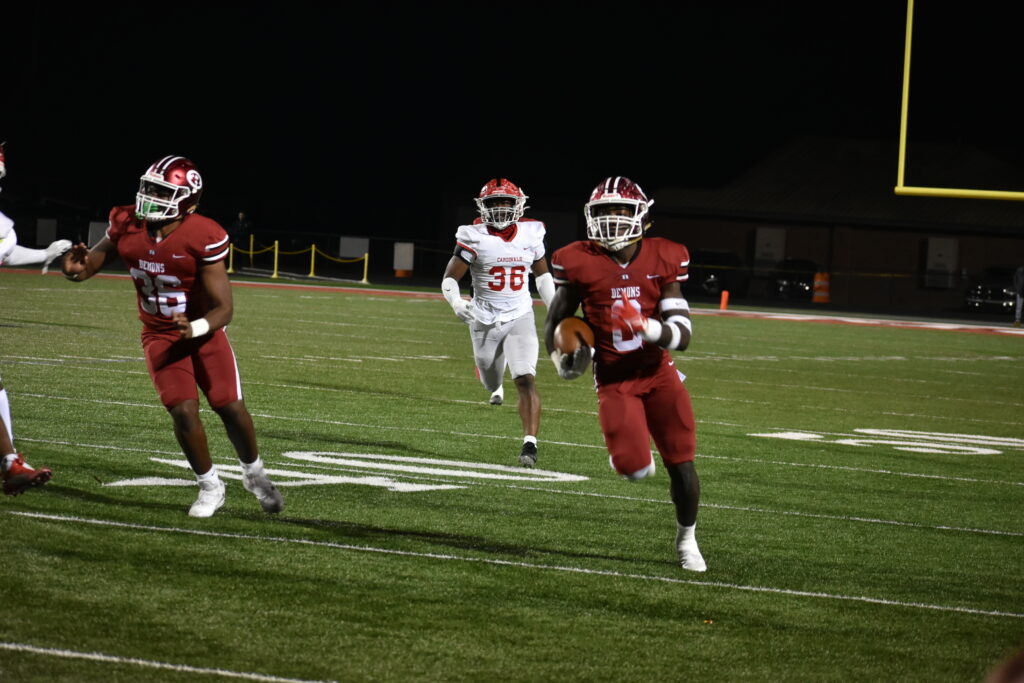 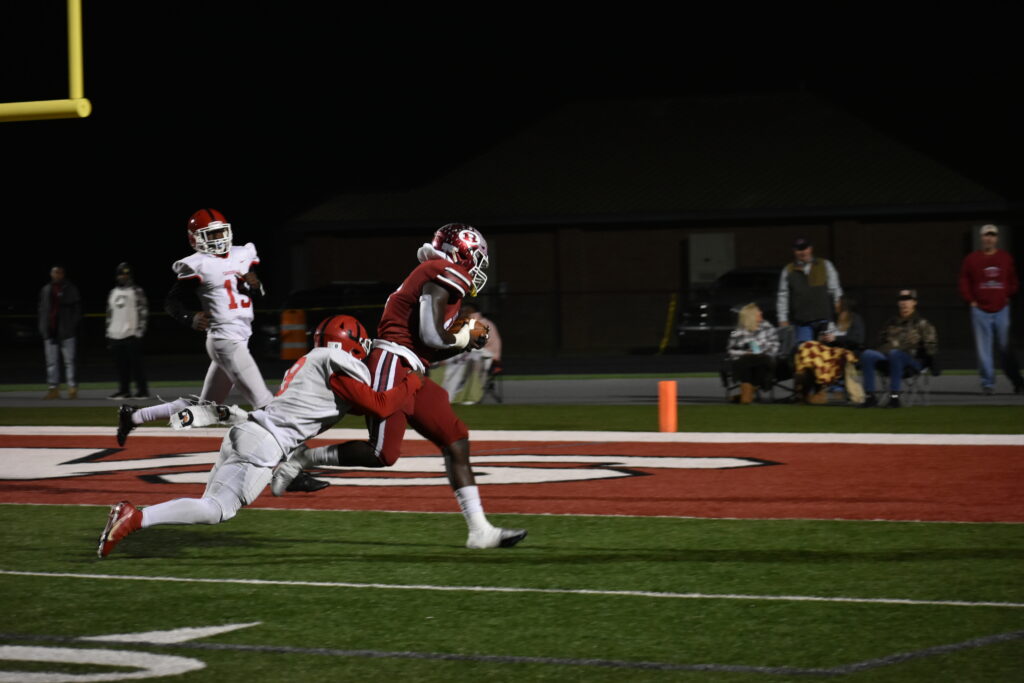