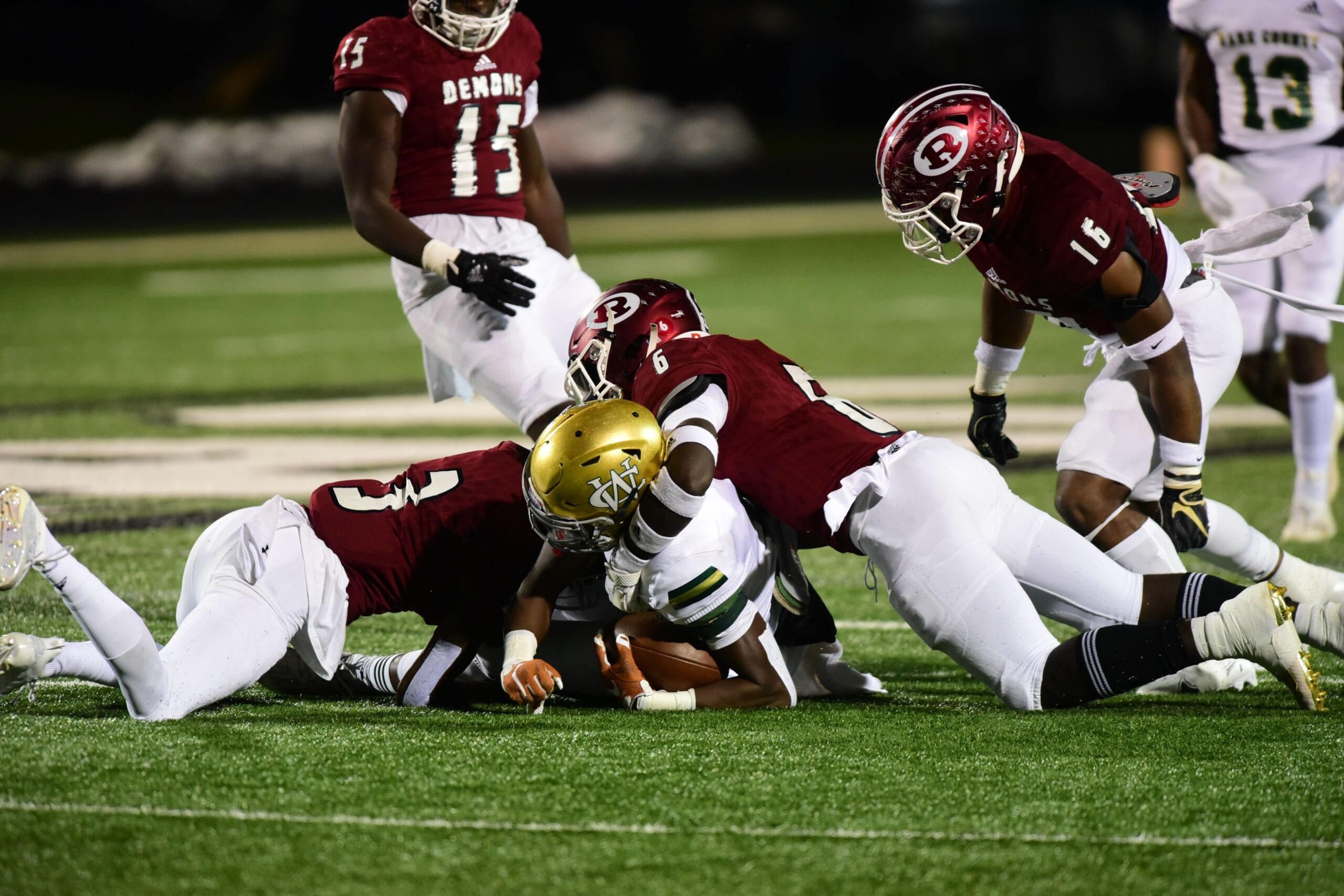 Ware County came in ranked No. 1 in Class AAAAA. Warner Robins was ranked No. 3. Expectations were high for the two when they met Friday in McConnell-Talbert Stadium. They didn’t disappoint.

In the end, it was the Demons winning 22-19. Of note was the fact it took a last minute touchdown drive to pull it off. 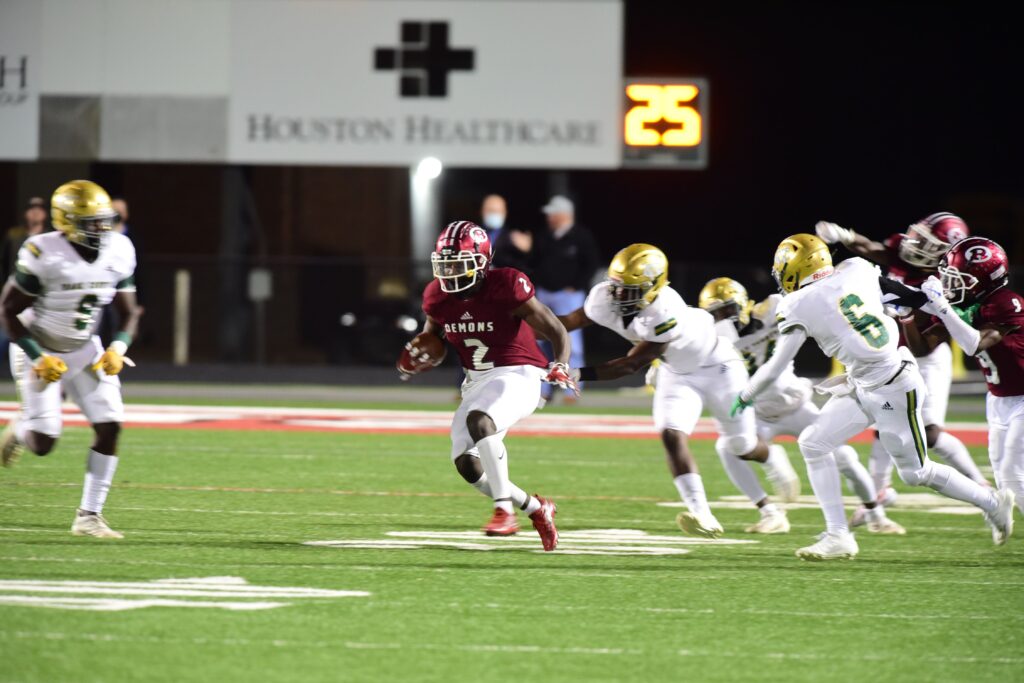 Warner Robins took the ball to start the game on their own 20. In fact, thanks to the leg of the Gators’ Henry Bates, they had to battle not-so-great field position the whole night. Regardless, the Demons still managed to run off 14 plays before eventually being forced to punt.

It was not a good one. In fact it netted only 14 yards. The short field in turn led to a 27-yard field goal by Bates and a 3-0 lead. That came with 2:50 left in the quarter and stood after one.

Warner Robins followed up its first possession by running off 15 more plays – again starting on its 20. Twice it converted a fourth-and-one. The difference this time, was it also scored. It came on an eight-yard pass from quarterback Jalen Addie to De’andre King. Daniel Barber made the point after to make it 7-3. (Addie finished the night with 121 yards on 21 carries. He was also 14-of-22 for 173 yards.)

Ware County drove deep into Warner Robins territory after that – aided late in the drive by an unsportsmanlike penalty – but came up short on a fourth-and-four. The Demons in turn answered with another score, going 51 yards on four plays and making it 14-3. The last of those plays was a 14-yard run was by Addie into the endzone.

Bates made a 40-yard field goal on the Gators’ next possession to cut it to 14-6.

Warner Robins was forced into punting the ball on its next trip, but it was blocked. Jeremy Butler rejected it for Ware County. Teammate Jalen Melvin scooped it up and scored from 20 yards out. The point after made it 14-12, Demons, which is where it stood at the half.

Ware County went out front to start the third thanks to a 60-yard touchdown run by Brandon Mills. 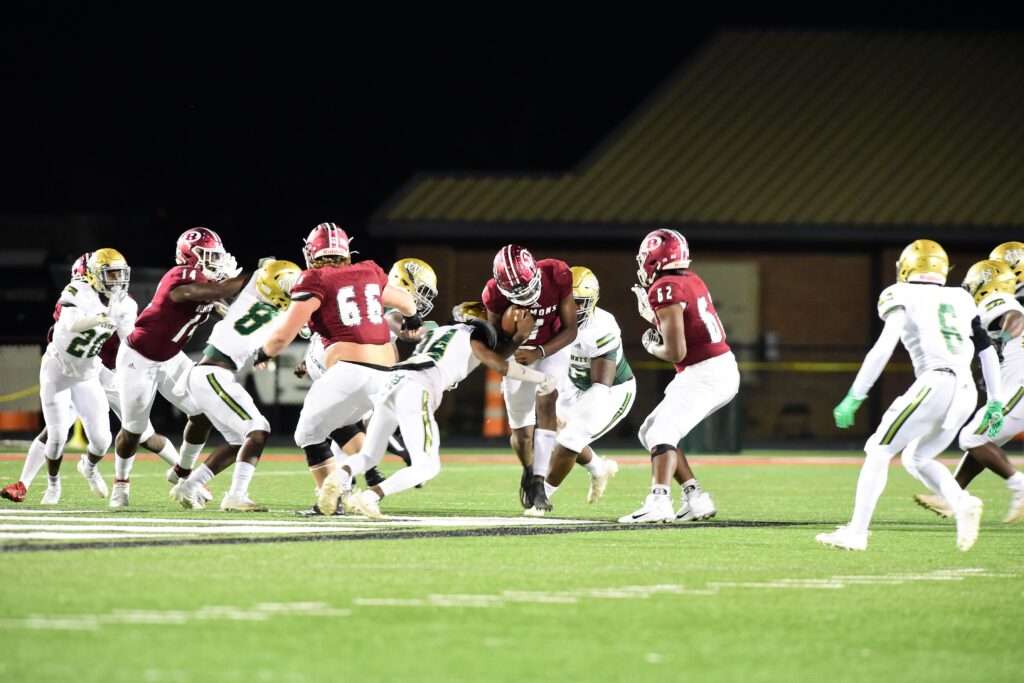 Finally, after a Ware County punt, the Demons took over on their own 11. There was just over six minutes remaining. After an incomplete pass, a flag pushed them back o the 4. Then they began rolling. Nine plays later, Ahmad Walker ran it in from the 1.

Armon Porter then hit Walker with a pass to complete the two-point conversion and make it the final, 22-19.

The Gators did have one last possession, but came up short on a fourth-and-four. Warner Robins took over and finished off the final seconds of the clock. 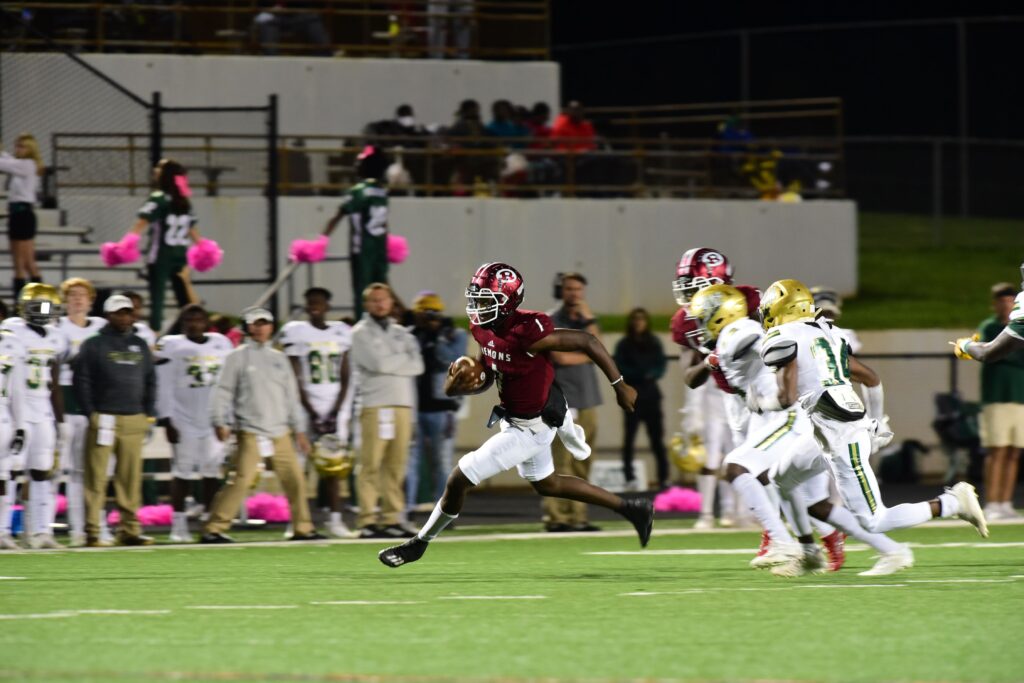 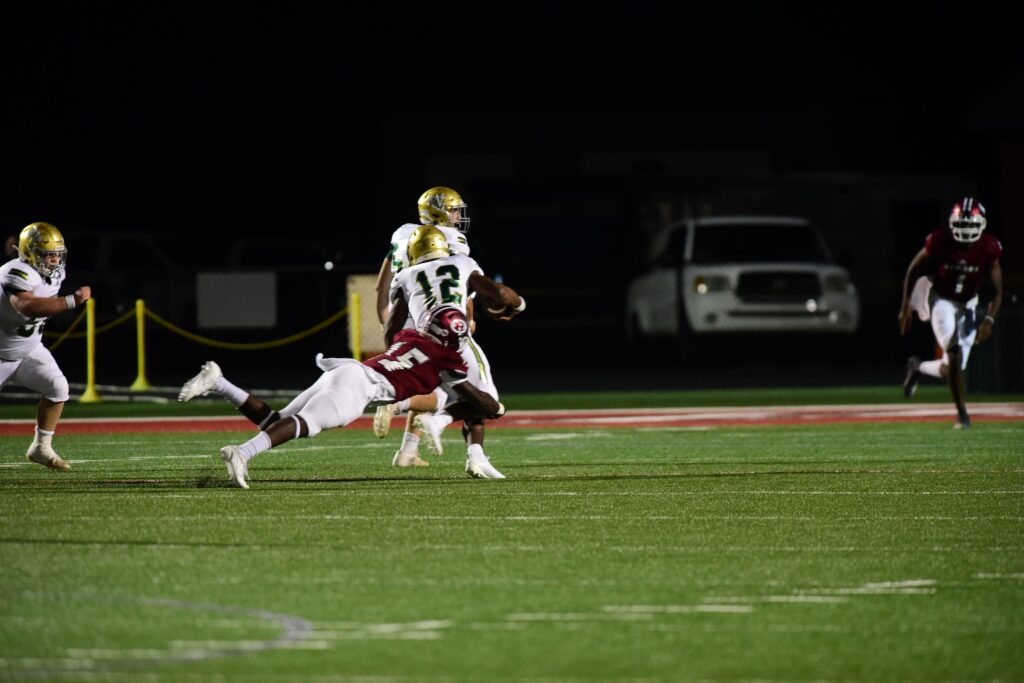