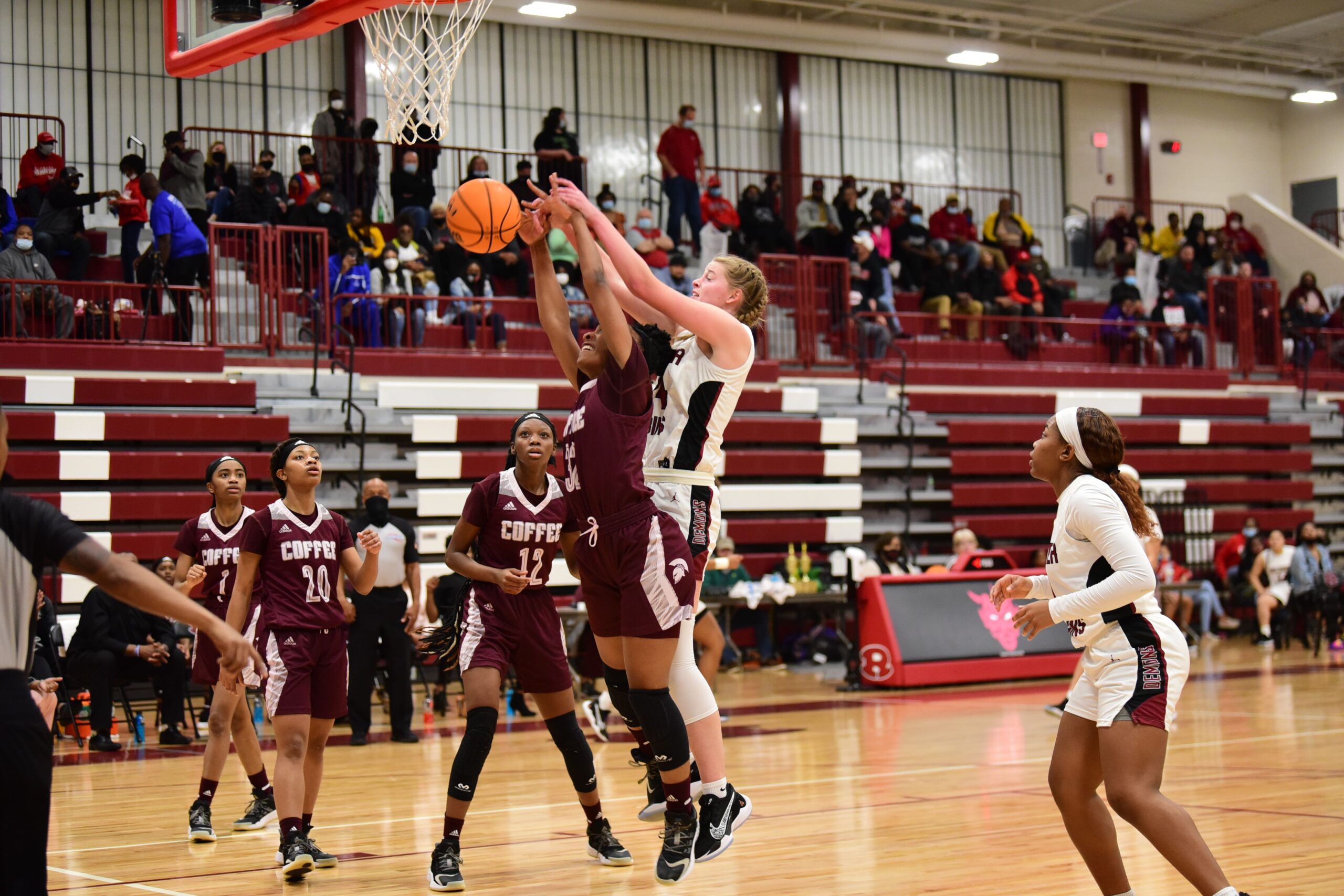 When Warner Robins hit a dry spell, it appeared to be bad news for the end result.

Up 15-13 after one and 17-13 in the first few seconds of the second quarter, all of a sudden the Demonettes, who would go on to win 57-53, couldn’t hit the lake from the pier. They went 0-7, all of them one-and-done trips down the floor. The Lady Trojans owned the boards at that point, went on a 12-0 run and outscored Warner Robins 20-11 in the quarter. That turned the tables from a four-point disadvantage to 29-21 advantage in their favor. 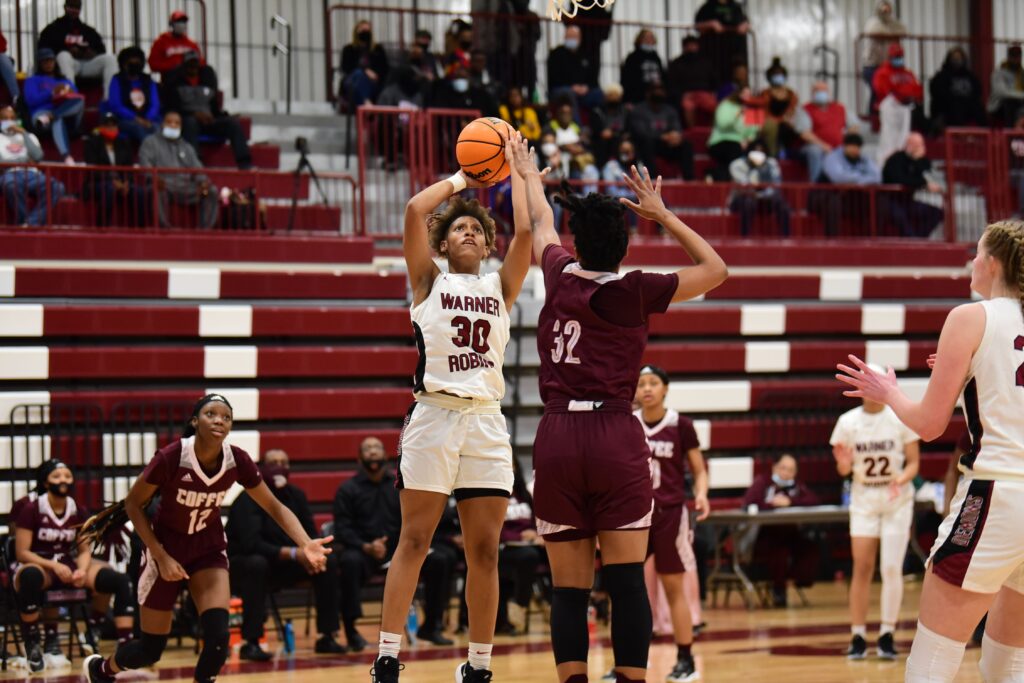 Coffee got the first basket of the third to make it 31-21. The Demonettes needed a spark. Enter the picture Nevaeh Mack. With about four minutes left in the quarter, the freshman hit a basket, and following a Lady Trojans turnover, hit a 3-pointer. With a Courtney Davis basket thrown in from about two minutes prior – Warner Robins also missed a pair of free throws during that span – it cut the lead to three, 33-30. It also appeared to re-energize the rest. Tasia Agee hit a trey. Tasia Agee hit a short-range field goal. Davis hit a pair of free throws. Chaniya Felton connected from the field, once outside of a minute and once in the final 10 seconds. Combined they helped Warner Robins outscored Coffee 16-7 to the third quarter buzzer. It also finally held the lead again, 41-40.

That isn’t to say the Lady Trojans went away. Instead they stayed close. About midway through the quarter the quarter they trailed by only four, 44-40. The Demonettes got it up to six with about three minutes left to play, 50-44, but Coffee had it down to three, 53-50, with 52 Seconds left.

Free throws had already come into play at that point. Warner Robins at first didn’t do so well. It was 0-4 in two trips. Then Agee got a chance, this with about 30 seconds left. Twice she went to the line. Twice she converted both opportunities.

With the Lady Trojans attempting 3-point shots – and missing – that did it.

Agee went on to finish with 17 points. Davis had 14. Felton had 10 and Mack nine. Hayley Shepherd also chipped in five. 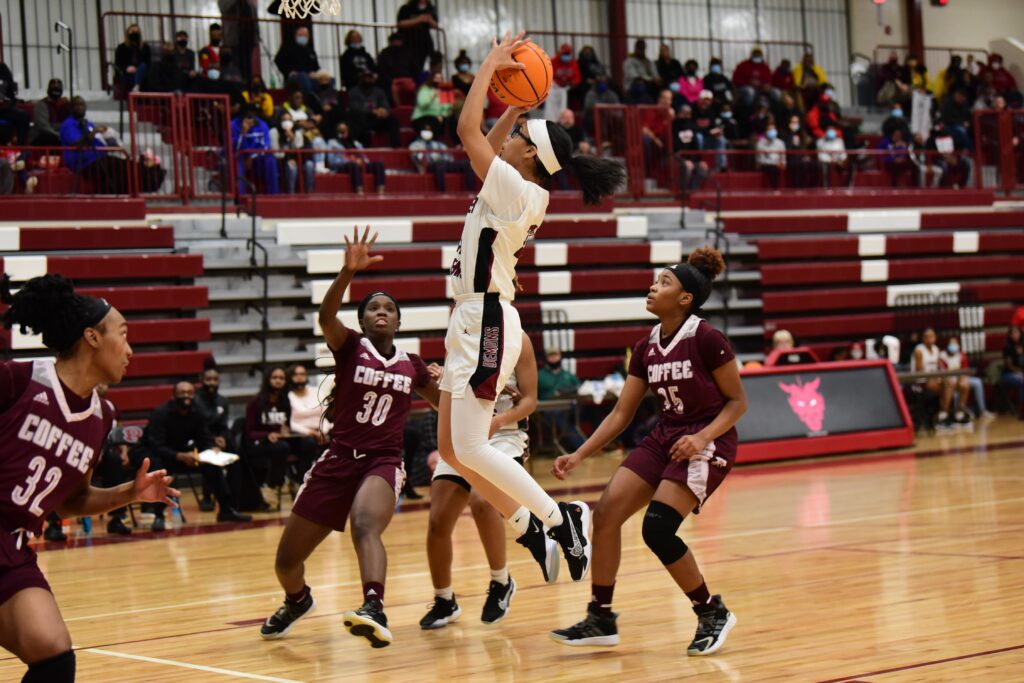 With the win, Warner Robins captured its first region championship – 1-AAAAA – since 2017. It also earned the No. 1 seed in the Class AAAAA state tournament where it will host Jones County, the No. 4 seed out of Region 4, either Tuesday or Wednesday.

It also improved to 19-3 while Coffee, a team it beat with the same intensity twice during the regular season, fell to 15-9. 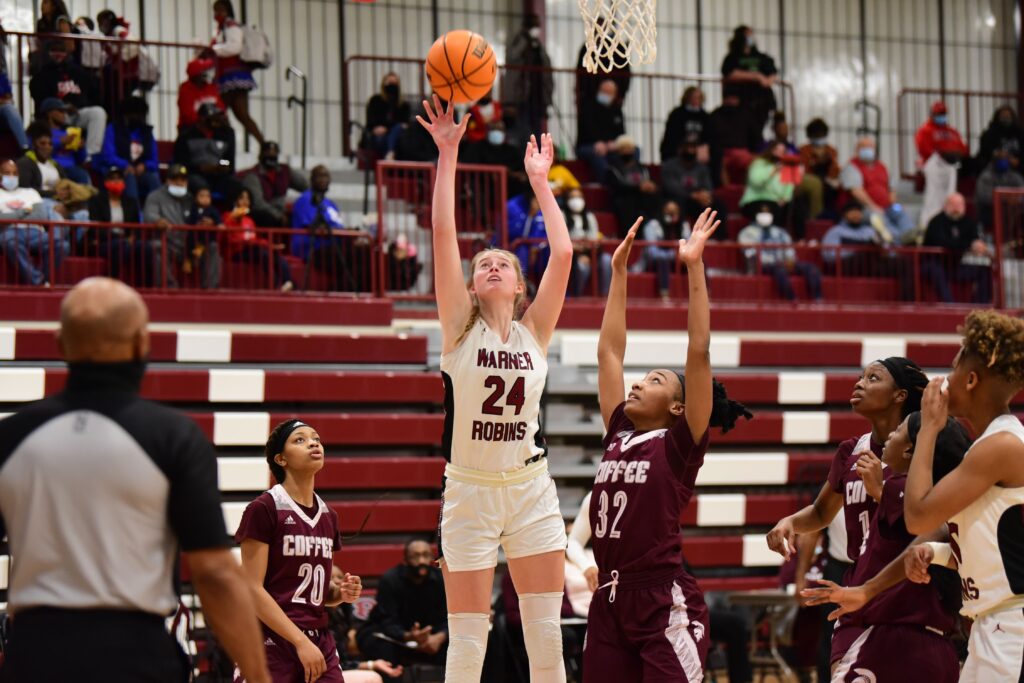 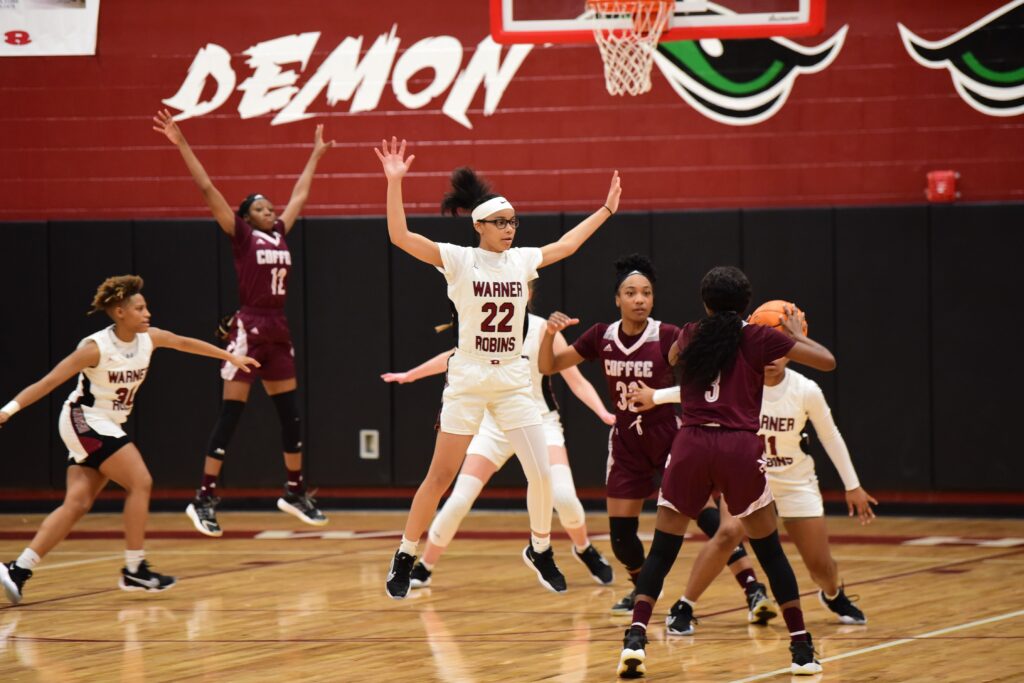