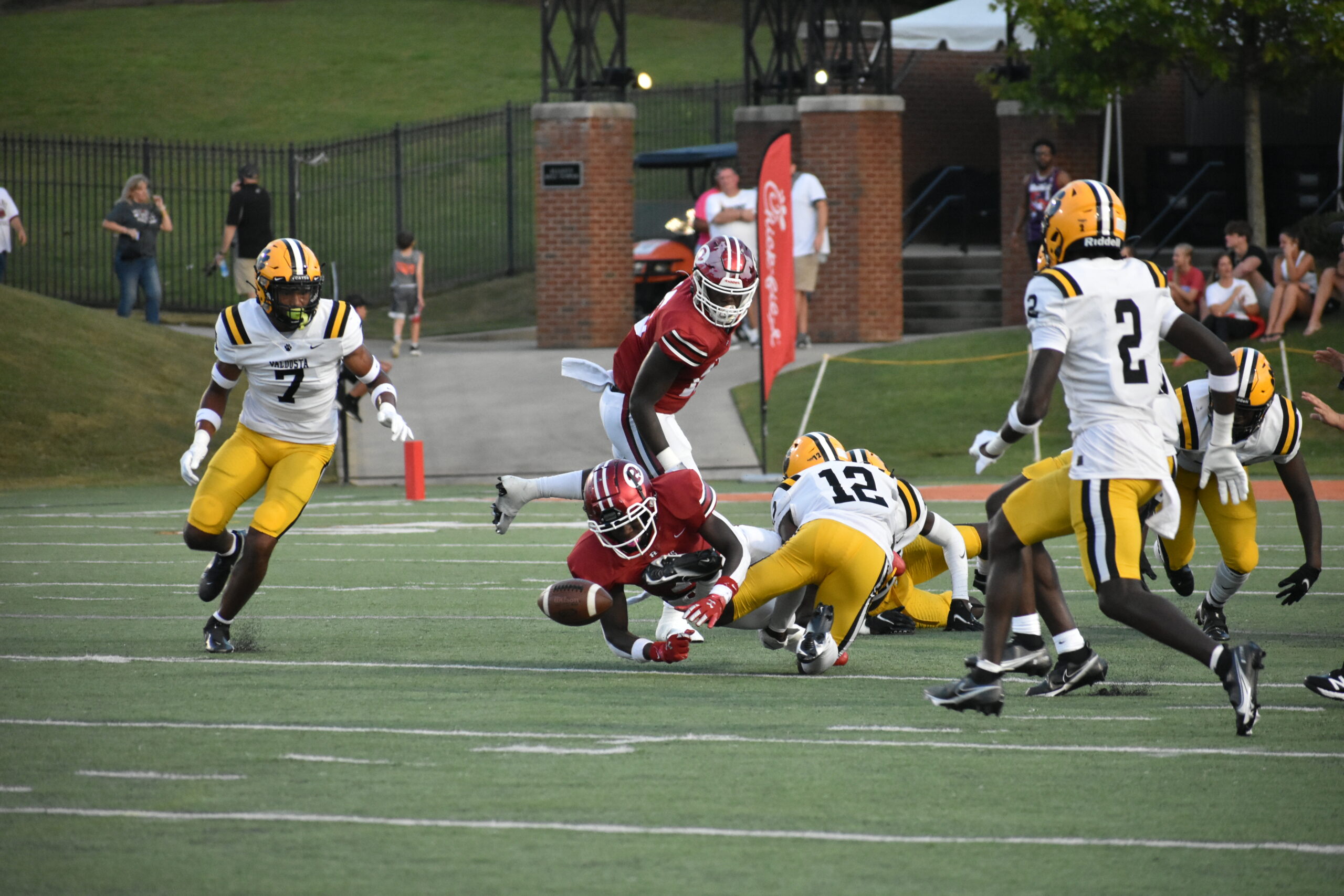 The offseason was a turbulent time for Valdosta. The regular season has already seen its share.

In regard to the first, it fired Head Coach Rush Propst over allegations of illegal recruiting. He was replaced by interim Shelton Felton. On the second, the Wildcats fell to Warner Robins 48-20 in the Macon Touchdown Club Kickoff Class held at Mercer University.

Specifically by way of turbulence during the game, it was a give and take – mostly early on the latter. They “took” a fumble from the Demons to start the game. Warner Robins’ defense held but Valdosta followed that up with a blocked punt it – Camren Bailey – “took” to the house for a 35-yard touchdown. That with Angel Martinez’s point after made it 7-0 with about four minutes gone in the first.

The give came via the turbulence the Demons created following: four unanswered touchdowns. The first was a 15-yard pass from Christon Lane to Malcom Brown. (Brown was a virtual workhorse – at least 20 carries in the first half and probably about that many in the second.) The point after was no good keeping the lead in the Wildcats’ favor, 7-6.

Forcing four straight punts Warner Robins scored on drives of 58, 48 and 40 yards. The first went seven plays and ended on a 40-yard run by Fred Perry. The second went four plays and was finished off with a 33-yard pass from Lane to Daveon Walker. The third went eight plays and was capped off by Brown’s four-yard run. Daniel Barber made all points after to make it 27-7.

The Demons appeared as if they might score again with about two minutes before the half, but the turbulence of a hold negated what would have been a ball on Valdosta’s 26. Instead it fell on Warner Robins own 45. It ended up punting. Valdosta quarterback Jalen Yearly, with about 20 seconds left, then connected on a Hail Mary to the 3 and then put it in following to make it 27-14. That’s where it stood at the half.

The Wildcats attempted to ride the momentum gained at the end of the half on into the second. At first it appeared they would succeed. They ran nine plays – a pass interference added in – and got it to the Demons’ 42 before turning it over on downs after an unsuccessful fourth-and-four attempt. 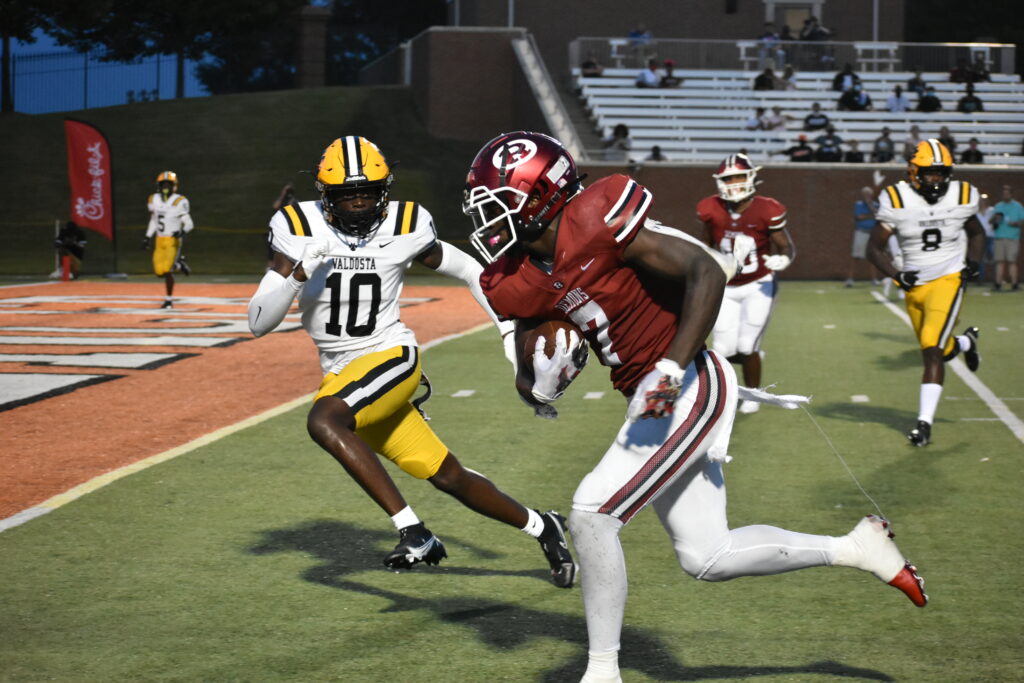 It did force Valdosta to punt immediately following, however, which yielded a 58-yard touchdown run by Perry, a point after by Barber and a 34-14 lead.

Chaz Sturn intercepted a Wildcats pass on their next possession. Both then yielded to the defenses and punted. That should have been good news for the Demons, but they muffed the punt. Valdosta took over on the 13 and put it in three plays later – a little razzle dazzle pitch to running back pass to quarterback. The point after was no good making it 34-20 with just over a minute left in the third.

Warner Robins answered that with a 10-play, 78-yard touchdown drive. The biggest play was a 36-yard pass from Lane to Walker. That put the ball on the 5. The Demons went to the Wildcat formation. Perry got the call and ran it in. Barber’s PAT made it 41-20.

Valdosta also used a long pass to get it on Warner Robins’ 33. Four incomplete passes later, with a false start added in, the ball went back to the Demons.

They scored again via an eight play, 56-yard drive. A 32-yard pass from Lane to Deuce Petty was one of the plays. It put the ball on the 19 where three runs got it to the 5. Brown carried it in from there. That made it 48-20 with just over five minutes left to play.

Valdosta moved it some before turning it over on downs with about a minute and a half remaining. The Demons took over and ran out the clock for the win. 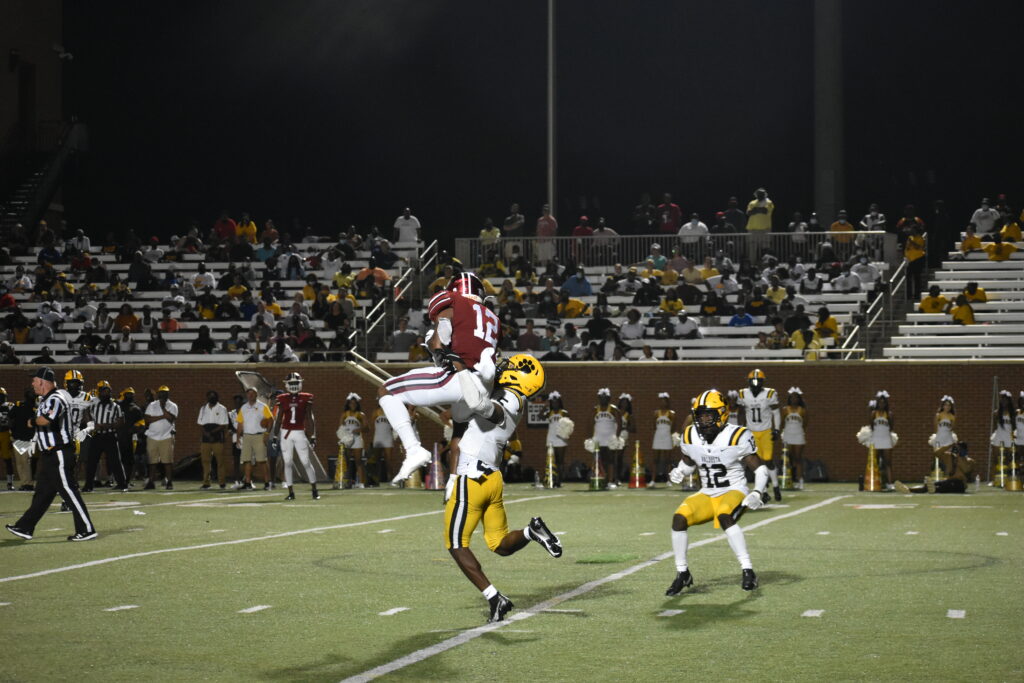 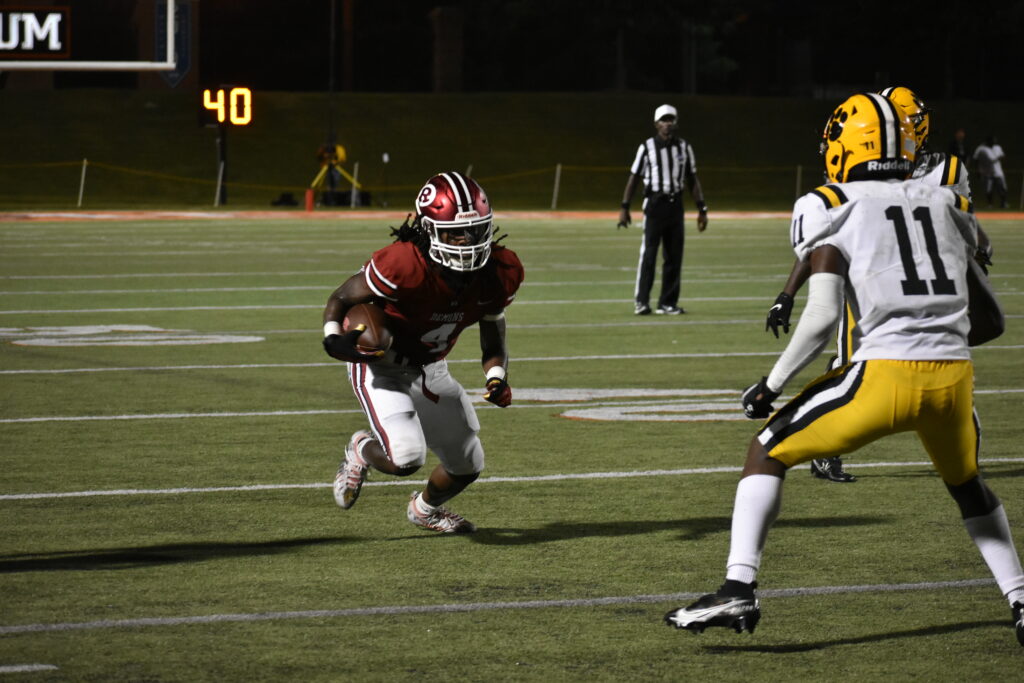