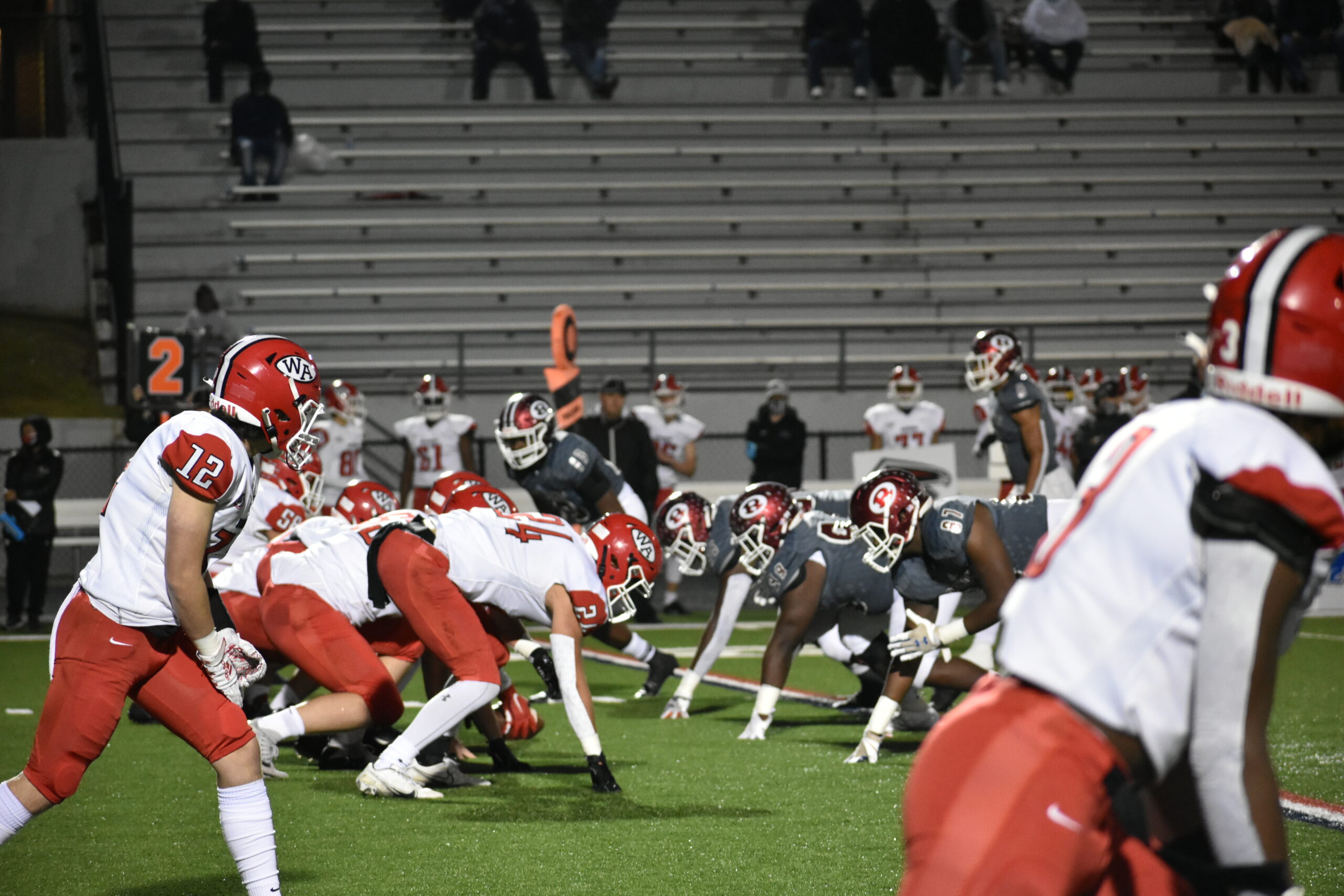 Blessed Trinity might be the easiest and hardest team to defend.

“He’s only a sophomore but (he) plays much older than that,” said Warner Robins Defensive Coordinator Jordan Singletary, whose Demons (10-1) will travel and take on the Titans (8-0) Friday in the GHSA Class AAAAA state quarterfinals. “Basically, he’s the total package,” Singletary continued. Evidence of that comes in his 1,602 yards and 22 touchdowns, as well as a 314-yard effort this past weekend in Blessed Trinity’s shutout win over Decatur. “He catches the ball well out of the backfield. He just plays well. There’s nothing he can’t do.

“(He’s a) physical runner. He can run away from you. There are really no limits to his game, so he poses a huge, huge problem for us. We’re going to have to stop him … It’s going to be a tall task for us for sure.”

The key for the defense overall then, Singletary expounded, is to hold/limit the Titans in their early downs. “At the end of the day, if we can force them in third-and-long, those are situations we fell like we’re pretty good at, and they don’t want to be in.

“So, that’s kind of our three goals right there.”

There’s also the flip side, which Demons fans are well aware of: Quarterback Jalen Addie and company. Addie was only five-of-13 passing in Warner Robins’ win over Woodward Academy, but he rushed for a career-high 157 yards on 25 carries. Also, they couldn’t have come at a better time: The game moving into the second half, still close and with Warner Robins needing to find a spark on offense.

As far as the defense they’ll face, “They’re huge for one,” said Offensive Coordinator Jeremy Edwards. “That’s always a challenge.

“They play extremely hard. They do what they do. And when I say that, they’re multiple. And that presents a challenge for us. Whereas last week we had a team that was multiple and then came out in the one thing we didn’t think they‘d do, they’re going to jump in and out of fronts. Keeping the same personnel on the field, and that personnel has won them, in the last three years, state championships. Even thought it was at a lower division (Class AAAA), it’s a huge challenge.

“Hopefully we can hold up and win the game.”

He added the Demons needed to be “great” on first downs. “We weren’t as good this past weekend. It kind of took us out of our games.” Also, he said, they needed to sustain drives.

“We’ve had a couple of games where we’ve put together some long drives. We need to (do that). They’re probably going to try and play some ‘keep away,’ run the clock. We need to do the same because of what they do offensively.

“We need to try and help the defense out. And we can’t turn the ball over. They’re too explosive on offense.

“We do those things and not beat ourselves … It’s a good matchup but I wouldn’t have any other way.”