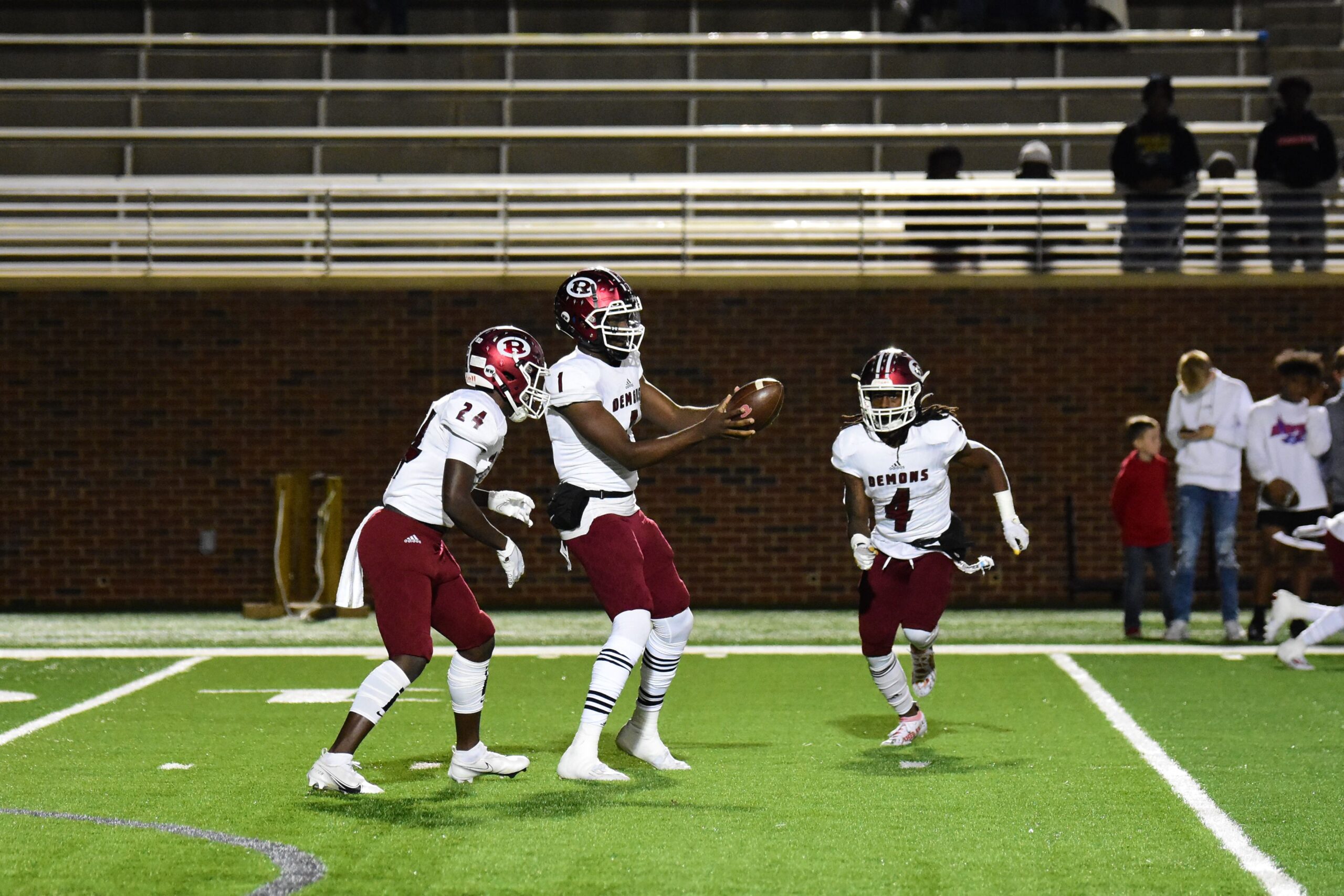 Next up for Warner Robins (9-1) in the second round of the GHSA Class AAAAA state tournament is Woodward Academy (7-4). The Demons will host the War Eagles, who were a Class AAAA semifinalist last year (they lost to state champ Blessed Trinity), Friday in McConnell-Talbert Stadium. Kickoff is slated for the norm: 7:30 p.m.

The first thing that stands out about them, Warner Robins Head Coach Marquis Westbrook said, is their “athleticism”.

“And Coach (John) Hunt, he’s doing a good job putting his athletes in place. They play on both sides of the ball. They do well in space and he lets them work on offense.

“On defense they are around the edges and up front. I mean it’s hard to move those guys. They play hard and I want to say they have five or six Division I commits on defense side alone.

A bit more specific, one of the things that stands out, Westbrook continued, is their running game, Westbrook said. That would come mostly through Damari Alston, a four-star junior who has rushed for 1,298 yards. He has 20 touchdowns and adds in an additional 268 yards receiving. Westbrook said he reminded him of one of his own: senior Jahlen Rutherford.

Complimenting him, or the other way around, Westbrook said is an “accurate” quarterback … “he makes really good decisions,” Westbrook said … as well as a quality group of receivers.

On defense what stands out is their “speed,” Westbrook said. They are led by defensive back Khari Gee, an LSU commit. “They let those guys in the secondary hold it down while the guys in front – in a four-four – cause havoc in the backfield,” he said. “Their linebackers are fast. They can run side to side.

“(So) we’ve got our work cut out for us. They’re really good and disciplined. We’re going to have to start out playing intense and make sure we match it all game with them.”