Warner Robins pulls away from Clarke Central for semifinal berth 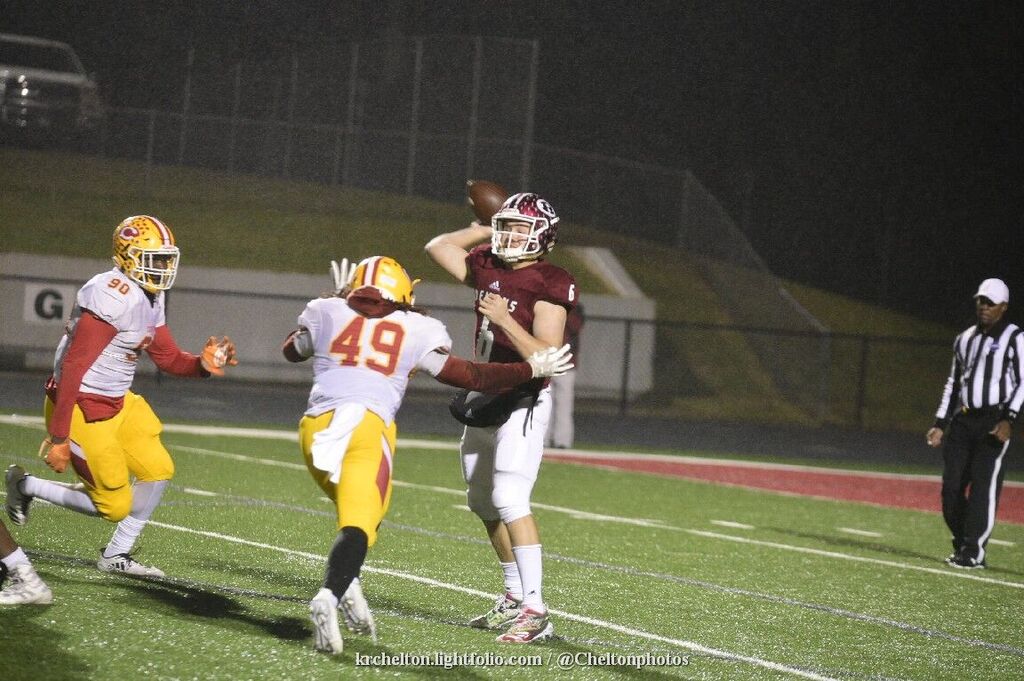 Well, if Warner Robins players had any thoughts of getting another shot at Rome – a team that denied the Demons the state title in last year’s finale – they got their wish.

It did take a bit of a rally to get there. In fact, the first half cast some doubt … well, at least for fans. Of the six times Warner Robins held the ball, five resulted in three-and-outs. The Demons did have a golden opportunity on the fifth try, but after moving the ball from their own 29, came up short on a fourth-and-goal from the 1.

Clarke Central wasn’t much better but it did score on its third possession. That was via a 33-yard run by O’Brien Barnett. Christian Bryan’s point after made it 7-0. It also missed a field goal and came up short on a fourth-and-seven on Warner Robins’ 29.

The Demons tied the game to start the third when Dylan Fromm found Marcayll Jones on a 54-yard pass. Samarly Howard’s point after tied it. 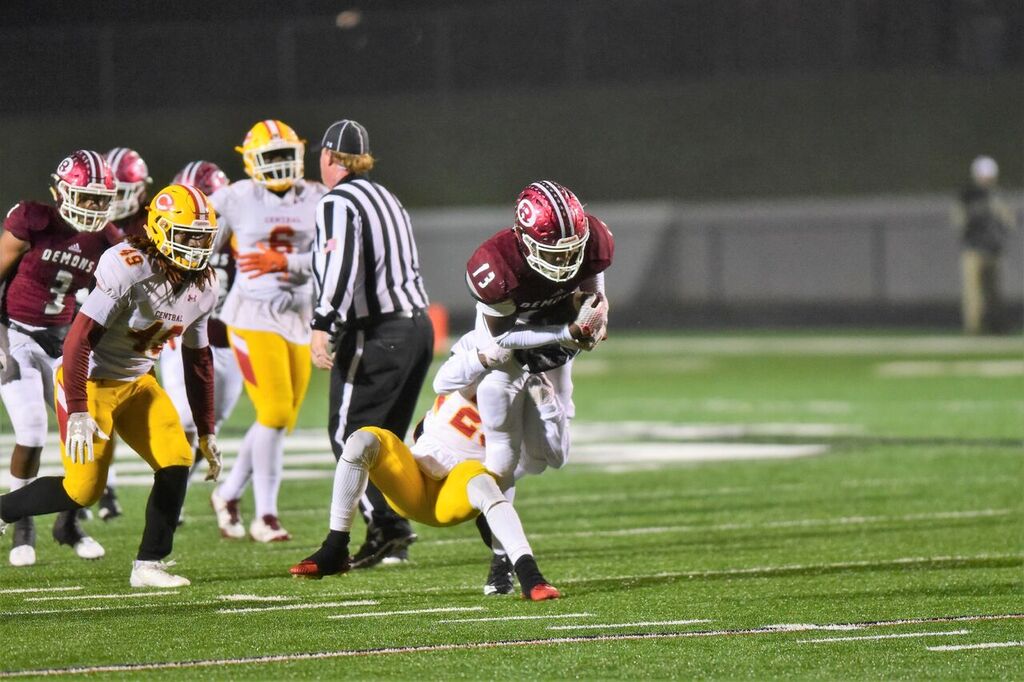 Clarke Central fumbled following. Caleb Thomas recovered it for Warner Robins on the visitor’s 43. Jalen Rutherford’s run of 35 yards on the second handoff from scrimmage put it on the five. An unsportsmanlike penalty pushed it back to the 21 where it appeared the Gladiators might hold and force a field goal attempt. But two offside flags moved it to the 4 where Fromm found Jones for his second score.

Following three Clarke Central punts – the Demons’ defense inflicting some three-and-out punishment of their own – and a missed field goal by Warner Robins, the Demons put up their final touchdown.

Taking the ball on the Gladiators’ 46, they ran eight plays and punched it in on an eight-yard run by Deondre Duhart. Howard’s PAT made it 21-7 with the game early in the fourth. 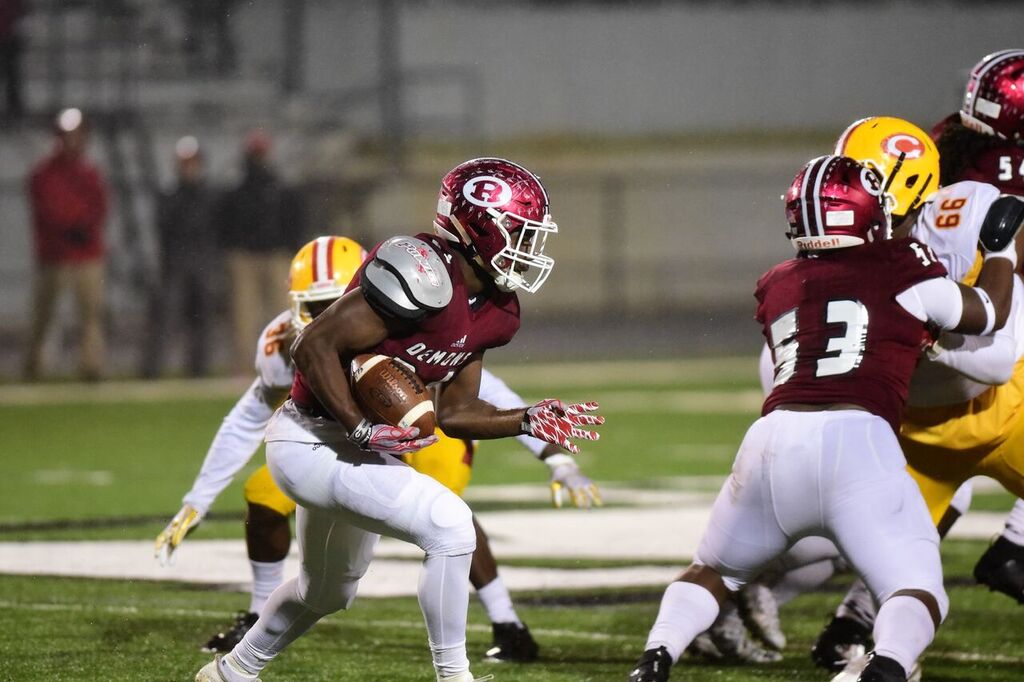 Finally, with just over a minute left to play, Gladiators quarterback Isaac Ward hit Jairus Mack on a 52-yard touchdown. That was the finish to a 78-yard drive.

Clarke tried the onside kick, but Warner Robins recovered it and ran out the clock.

The Demons improved to 11-2, which the Gladiators finished out their year 8-5.

Your Pie Defensive Player of the Game: Caleb Thomas 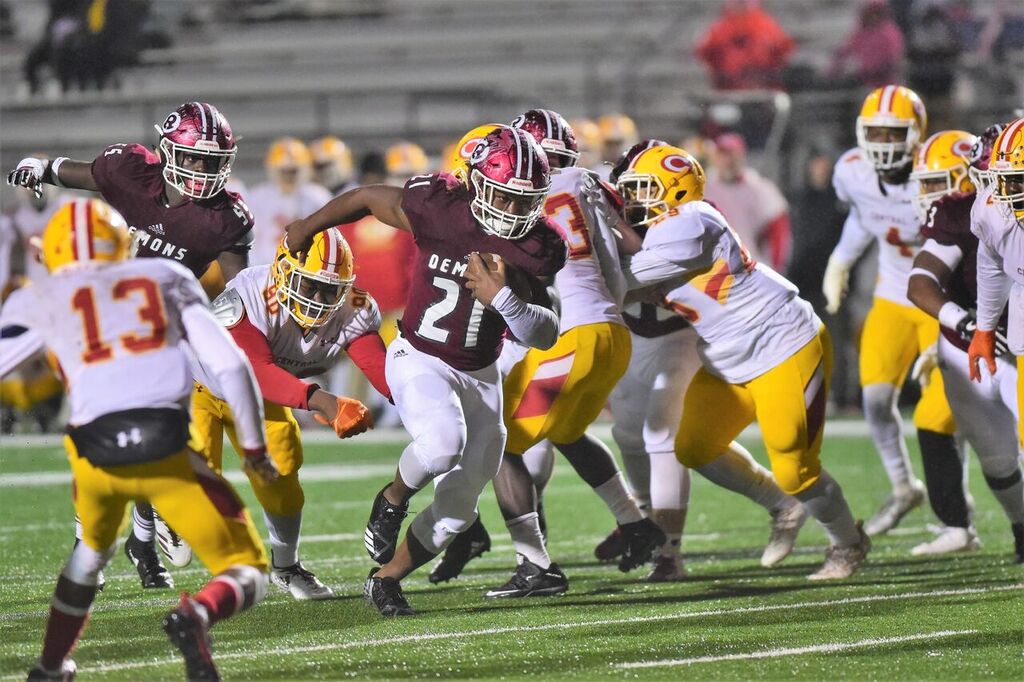 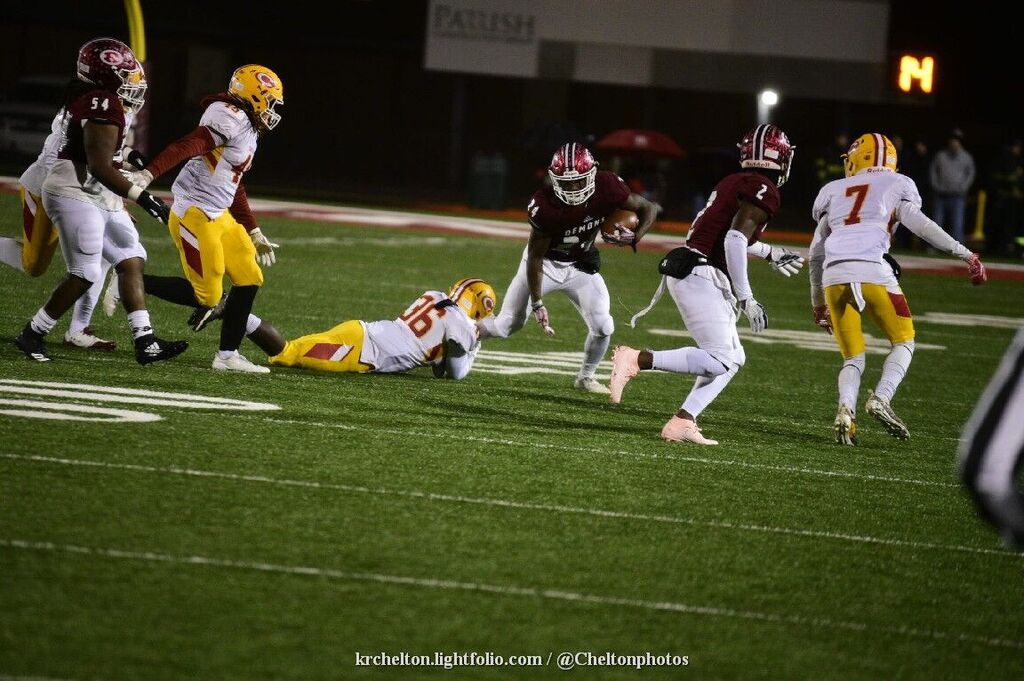 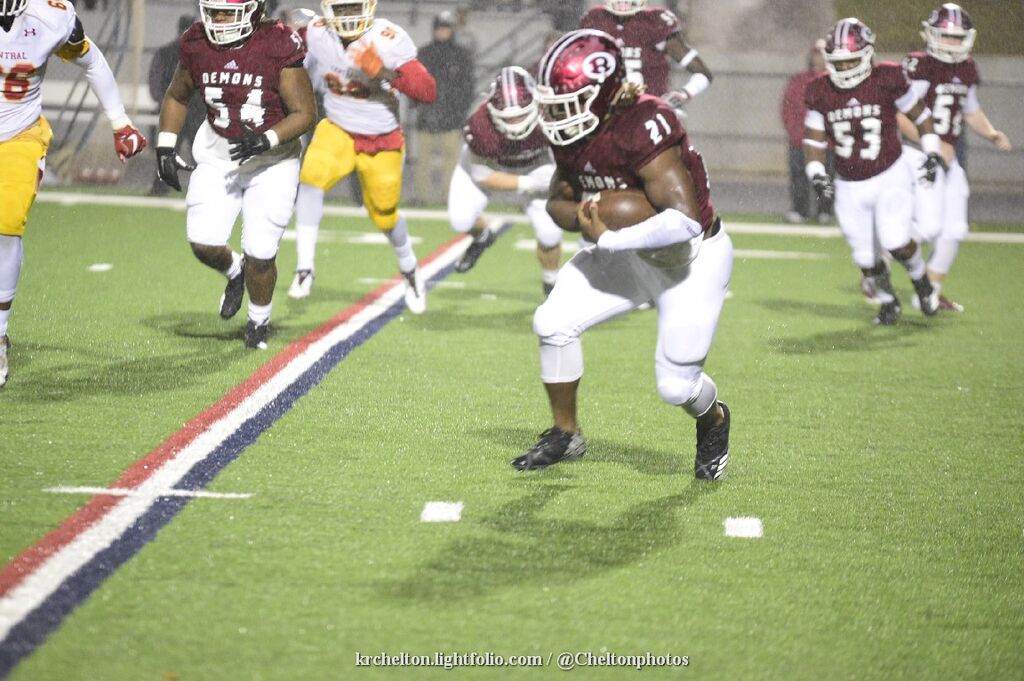 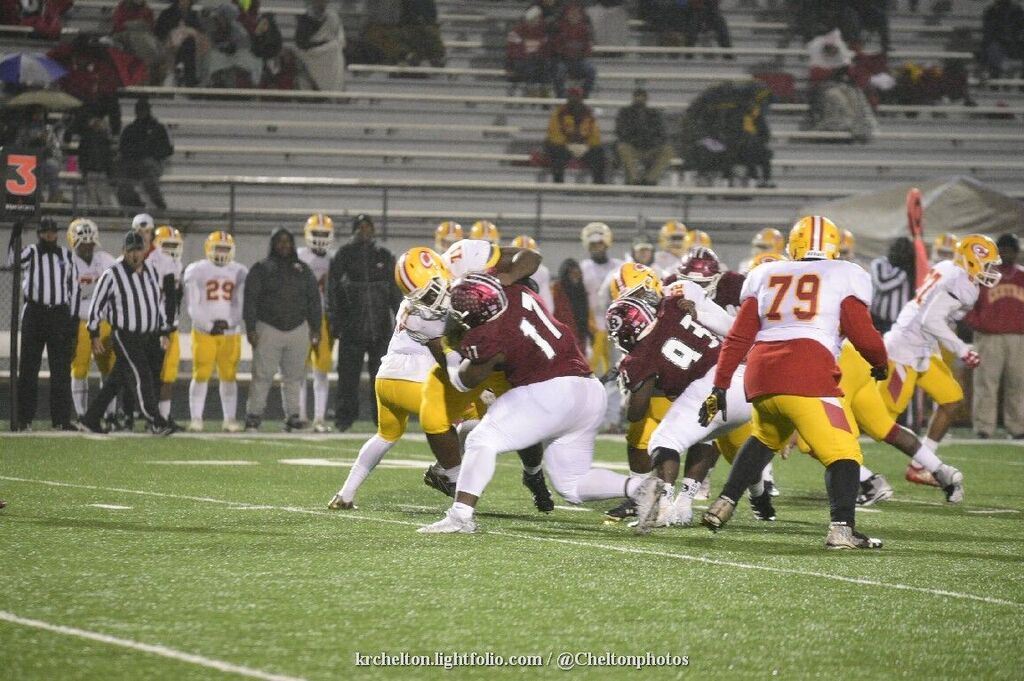