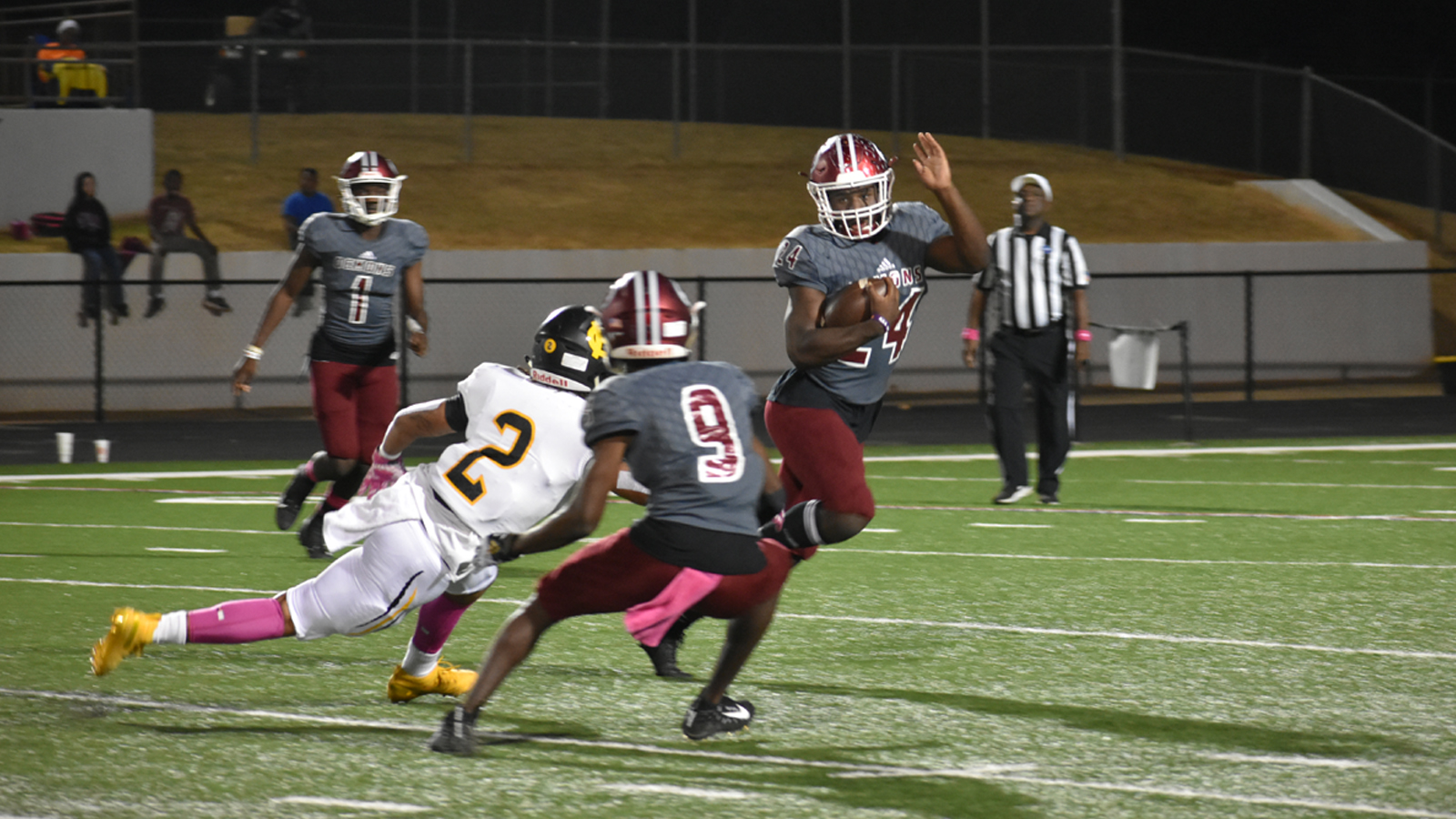 Last year Harris County lost to Warner Robins 41-0, but then won on a forfeit after the Demons self-reported an ineligible player.

This year apparently it wanted to make it legit.

At least the first half looked that way as the visiting Tigers took a 14-13 lead into the locker room and appeared at that point to be up to the task; matching Warner Robins stride for stride on both sides of the ball.

The Demons eventually pulled away and won 37-22, but Harris County never really went away – threw up the white flag of surrender at any rate.

The visitor went three-and-out to start the game but got a boost when a defender picked off a Jalen Addie pass on the Demons’ possession. That moved the ball from midfield where Warner Robins had taken it, back to the Demons’ 38.

A completed pass coupled with a facemask call put it on the 16 where quarterback Cooper Corey found Jarrell Smith for the score. The point after made it 7-0 with just over four minutes played.

The Demons, after fending off an onside kick try, moved the ball again. They drove deep on the Harris County side of the field but were forced to turn it over on downs after a fourth-and-12 pass fell incomplete.

They did relegate the Tigers to another three-and-out before quickly going 66 yards on three plays. The second was the biggest, a 76-yard run by Jahlen Rutherford that put the ball on the 4. Ahmad Walker, with the first of his two touchdowns, ran it in from there. Cary Payne tied it with 4:45 showing on the clock. 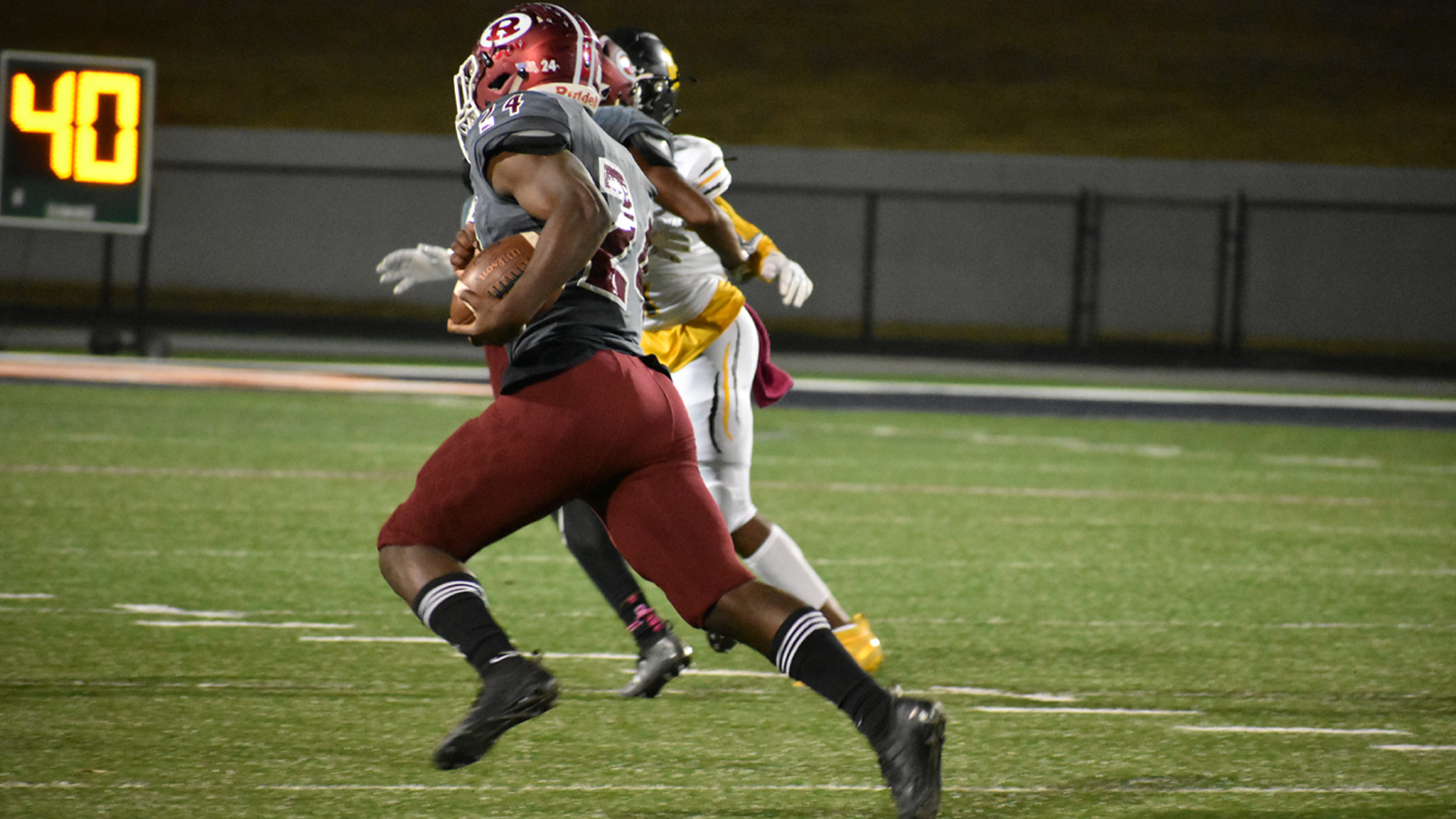 Harris County again went three-and-out and punted following. It appeared Warner Robins would do likewise but the kick hit a Tigers player. The Demons recovered it on the visitor’s 49. They ran four plays before Addie scored from the 9. Payne’s point after missed to make it 13-7 with the game just into the second quarter.

Harris County was intercepted after that but the Demons couldn’t take advantage. Their punt was taken on the Tigers’ 45. They scored seven plays later when Corey found Tyrique Williams on a 24-yard pass. The point after made it 14-13. Both punted once before Warner Robins took it again and ran out the final seconds of the first half.

A perhaps questionable decision by Harris County might have signaled the turning point in the second half. The Demons took the ball to start. They went 68 yards on eight plays and scored on Walker’s run from the 2 – on a fourth down no less.

They also went for the two-point conversion and made it when Addie found Marcayll Jones in the corner of the endzone. That made it 21-14.

The Tigers moved it some – picked up a first down – but were forced to punt on their next possession. They returned the favor by holding Warner Robins to a three-and-out and punt.

That’s where the aforementioned decision came into play. The Tigers moved the ball to their own 43 before stalling. Faced with a fourth-and-one, they went for it. And didn’t make it. The Demons made it all the more painful as James Smith took the handoff on the first play from scrimmage and ran it the distance. Payne’s point after again was no good, but that made it 27-14. 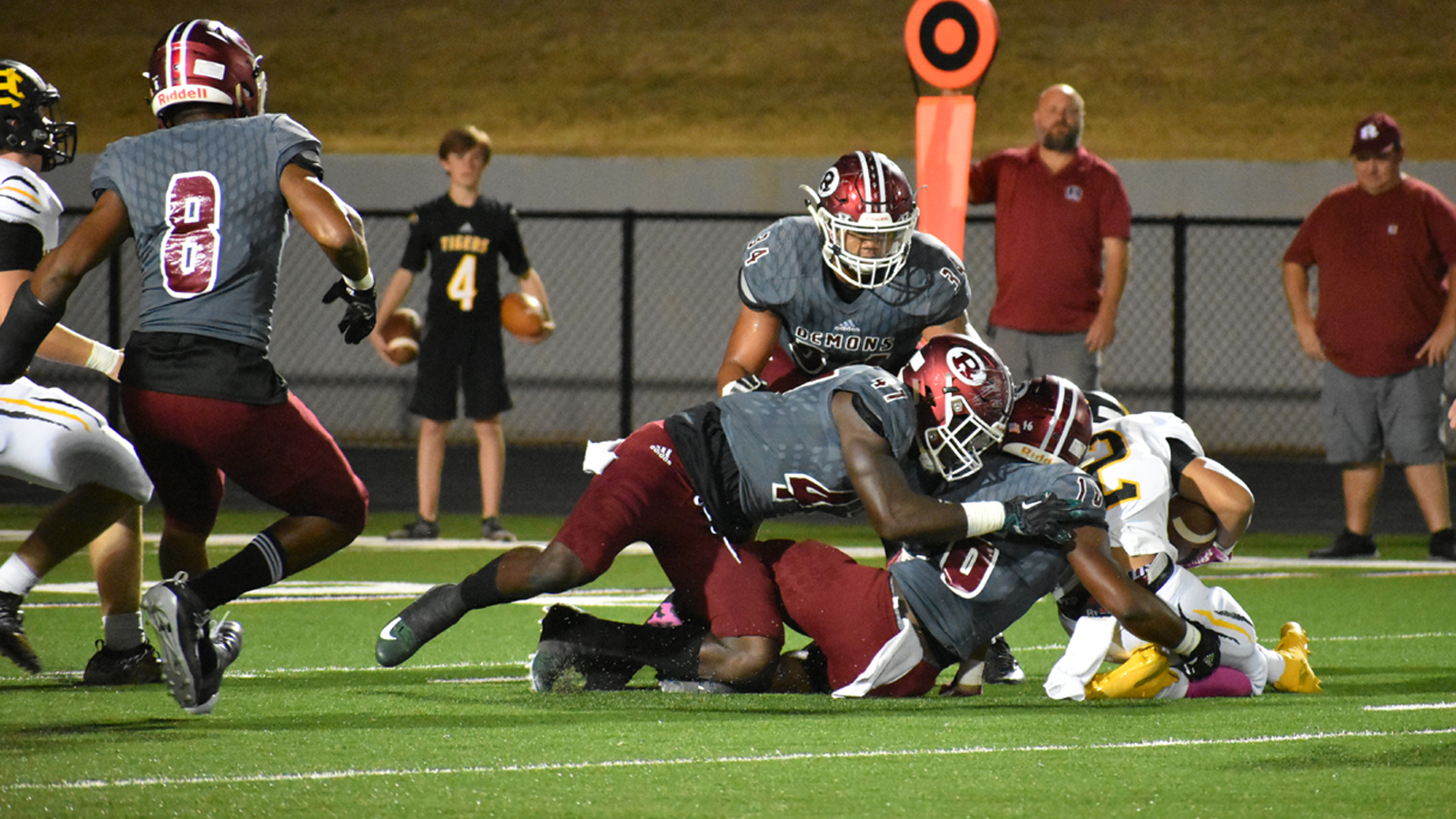 After a Harris County punt, Warner Robins moved it close enough for Payne to try again. He connected from 34 yards out. That made it 30-14 with the game about three minutes into the fourth quarter.

The Tigers began their next drive on the 25 and were moved even deeper via a hold. That eventually led to a blocked punt that was downed on the 5. Addie scored from there on the first play from scrimmage. Payne made it 37-14.

Harris County, see: white flag (granted Warner Robins did bring in a number of players from the bench), scored following. It also went for and made the two-point conversion to make it 37-22.

The Demons might have scored again, but instead chose to take a knee. 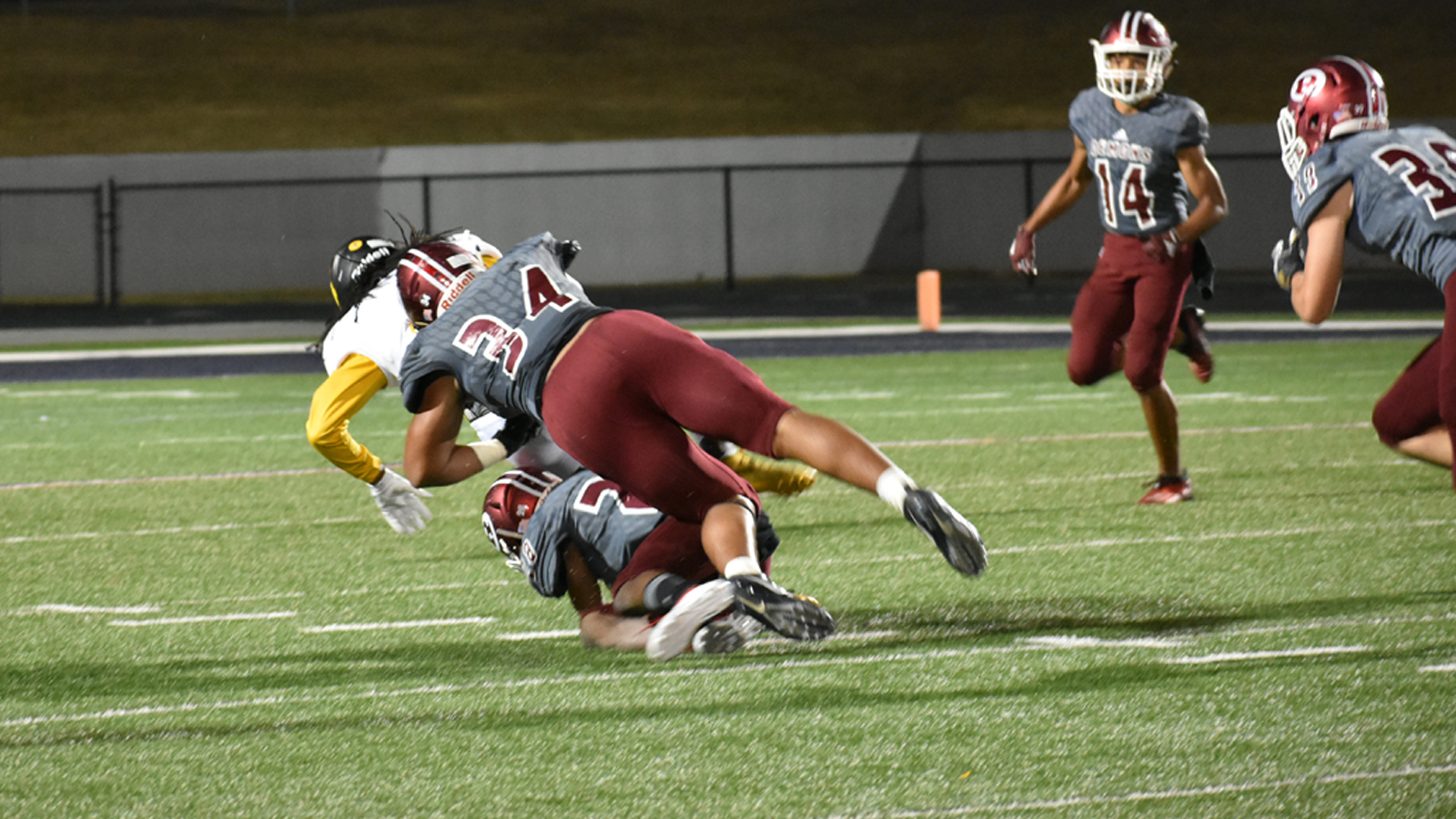 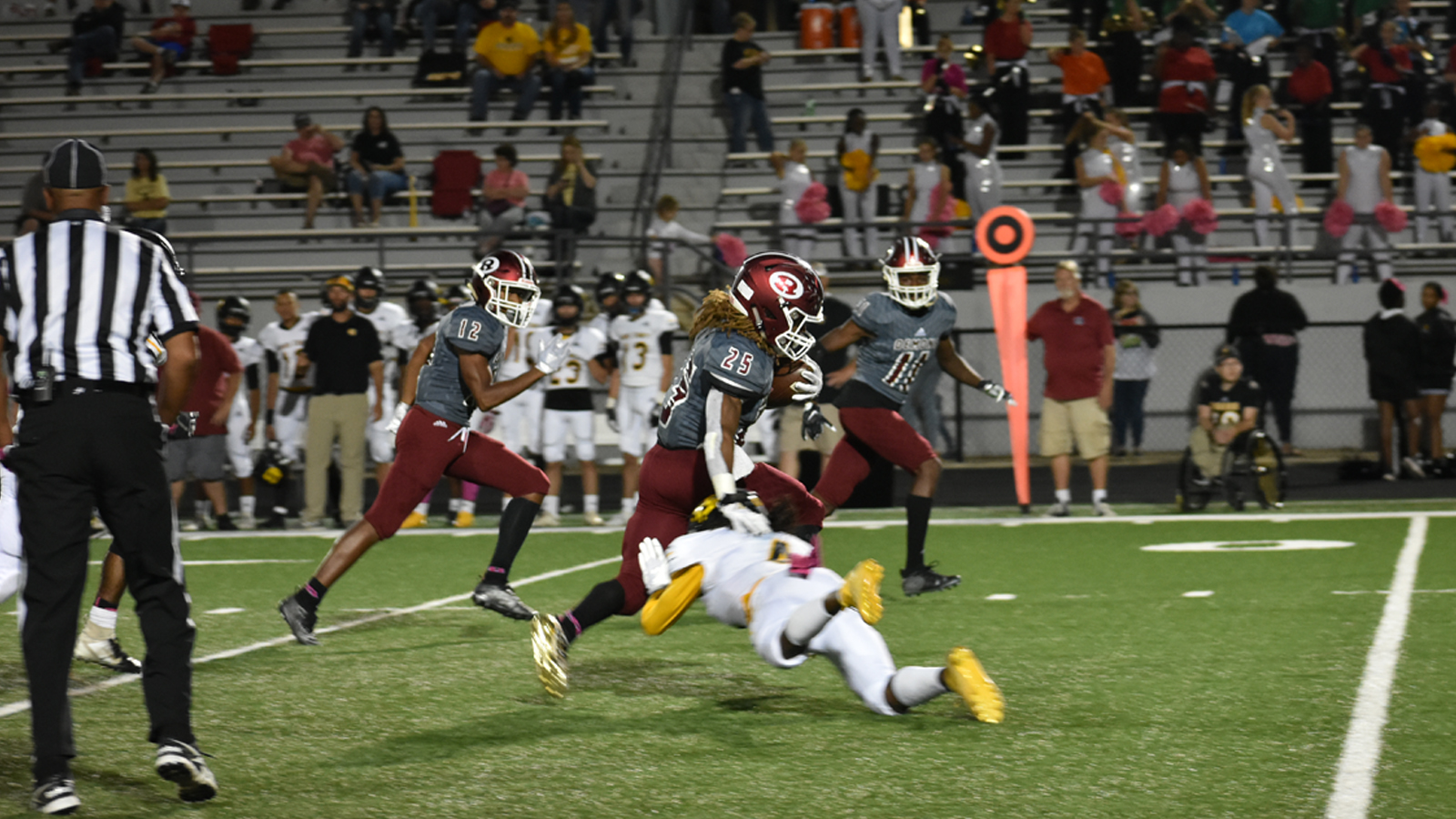 Veterans, Warner Robins to enter state No. 1 and No. 3 seed, respectively
Veterans holds off Bainbridge