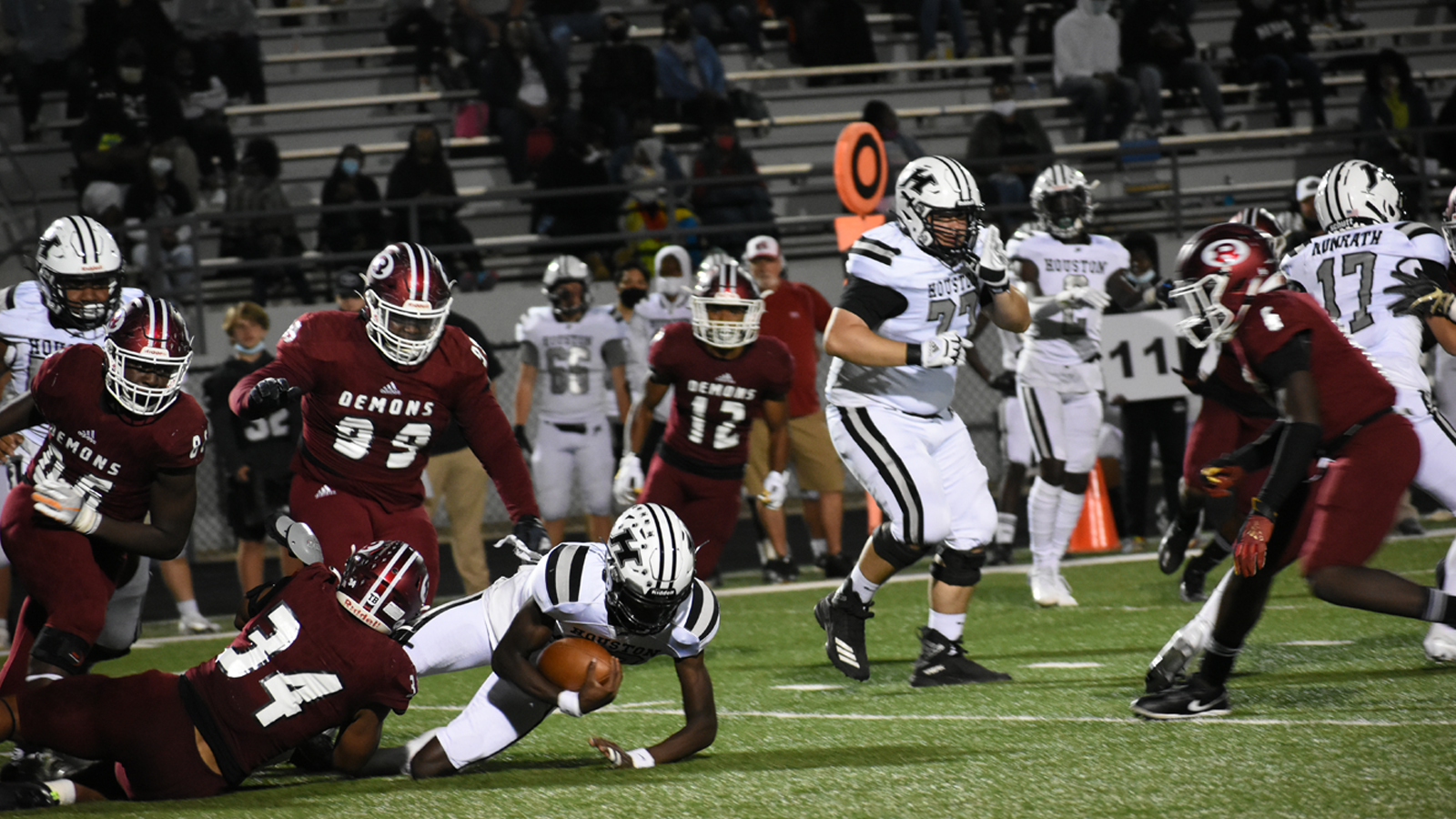 Houston County proved to be its own proverbial worst enemy against Warner Robins Friday in McConnell-Talbert Stadium.

Three miscues in the second quarter helped send it on a downward spiral it never recovered from. That was after battling the Demons to pretty much a stalemate throughout much of the first quarter. Warner Robins punted twice during that timeframe. The Bears, in a credit to the Demons’ defense, punted three times.

Warner Robins scored on its third possession, a Daniel Barber field goal of 33 yards. That ended an eight-yard drive that started on its own 31. It was also in the second quarter – 11:05 officially – by this time.

The first miscue came after that. The Bears fumbled the ball. Deuce Petty scooped it. He scored from 33 yards out. Barber made the point after to make it 10-0 with 10:40 left in the quarter.

Miscue No. 2 followed that. After the Demons drove, turned it over on downs after coming up short on a fourth-and-1, they held Houston County to force another punt. Only a bad snap gave Warner Robins the ball on the Bears 7. The defense held Warner Robins out of the endzone but again, not off the scoreboard. Barber, with a 26-yard field goal, made it 13-0. That came with 2:48 left in the half.

The Bears were forced to punt again. The Demons then put together a five-play 54-yard drive that was finished off by a three-yard pass from quarterback Jalen Addie to Kaleb Howard. Barber made it 20-0. That came with 50 seconds before the break.

Petty picked off a pass on Houston County’s second play from scrimmage following. He took that 60 yards to make it 27-0 following the point after. 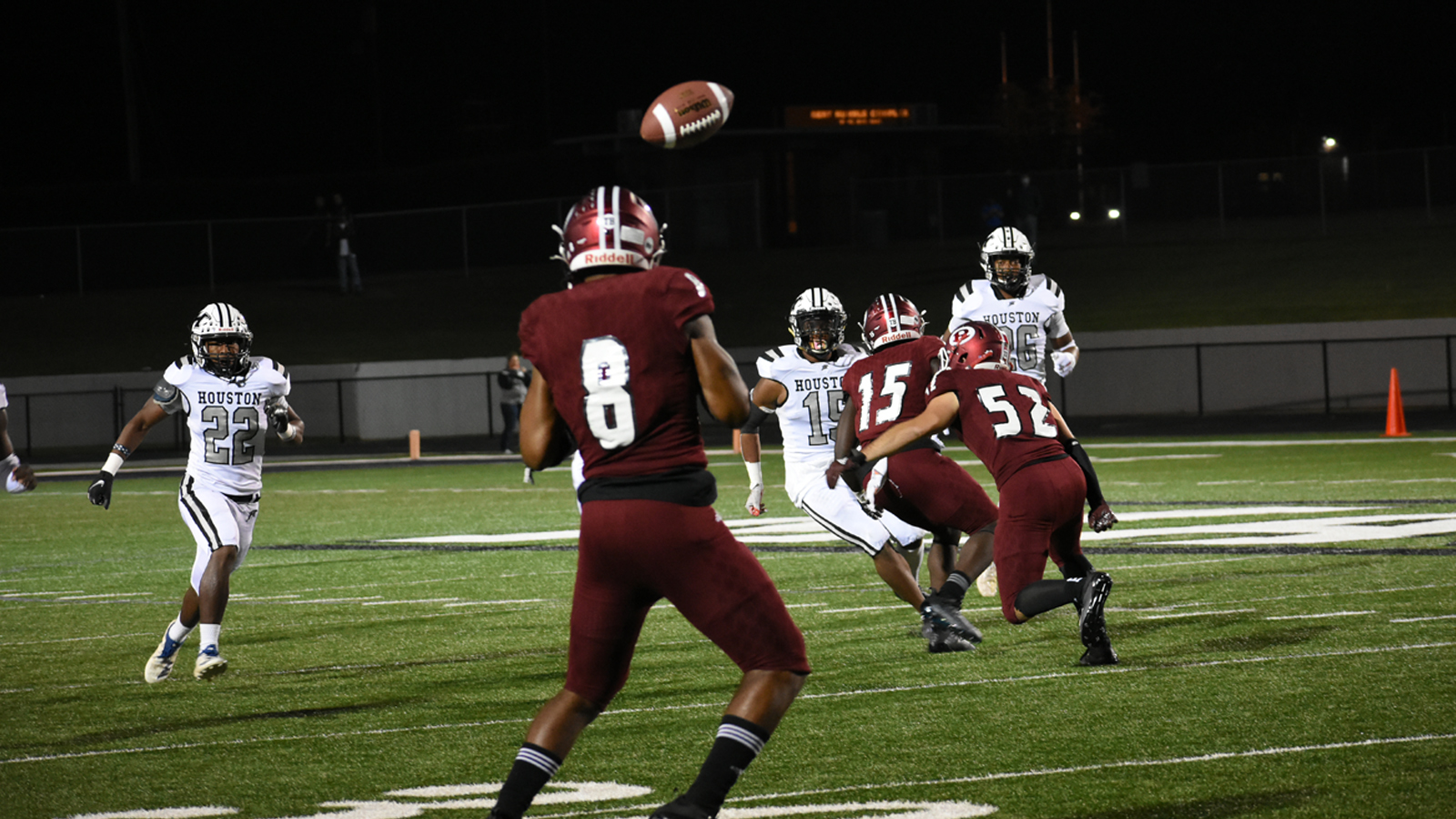 Warner Robins added two more scores in the second half before the Bears finally got on the board.

The first came on their opening possession of the third. It was on a 28-yard pass from Addie to Armon Porter. The second was on an 84-yard run by Addie.

Houston County punted three times around that before an interception gave it the ball on the Demons’ 18. That resulted in a 23-yard field goal by Luke Rigby. It came with 1:23 left in the third.

The Bears lone touchdown came just before the third ended. It was on a 25-yard pass from quarterback Christian Lawhorn to Jack Honrath.

The Demons added a safety in the fourth. They also ended the game – the fourth played with a running clock – with subs and deep in Houston County’s redzone. 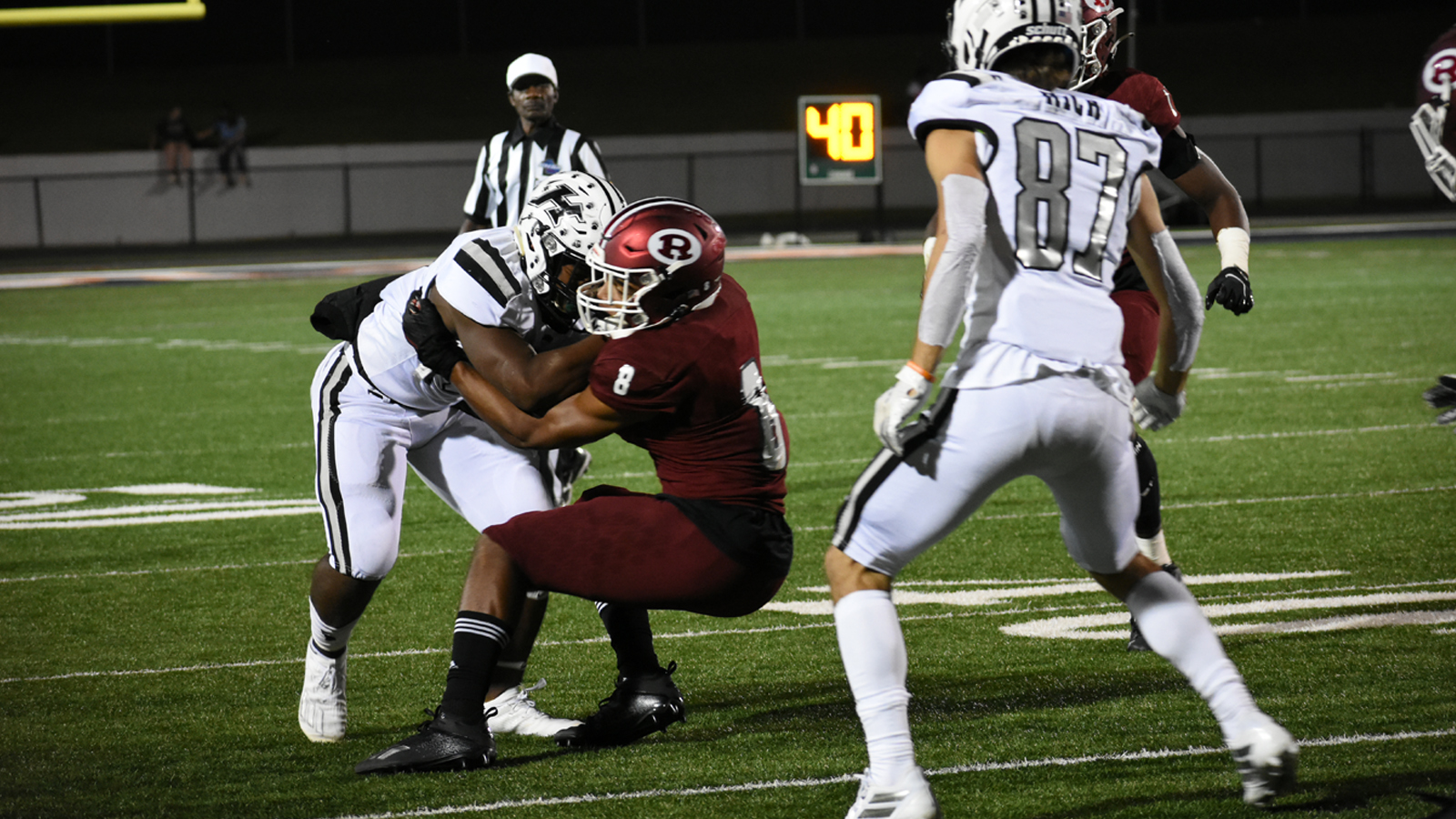 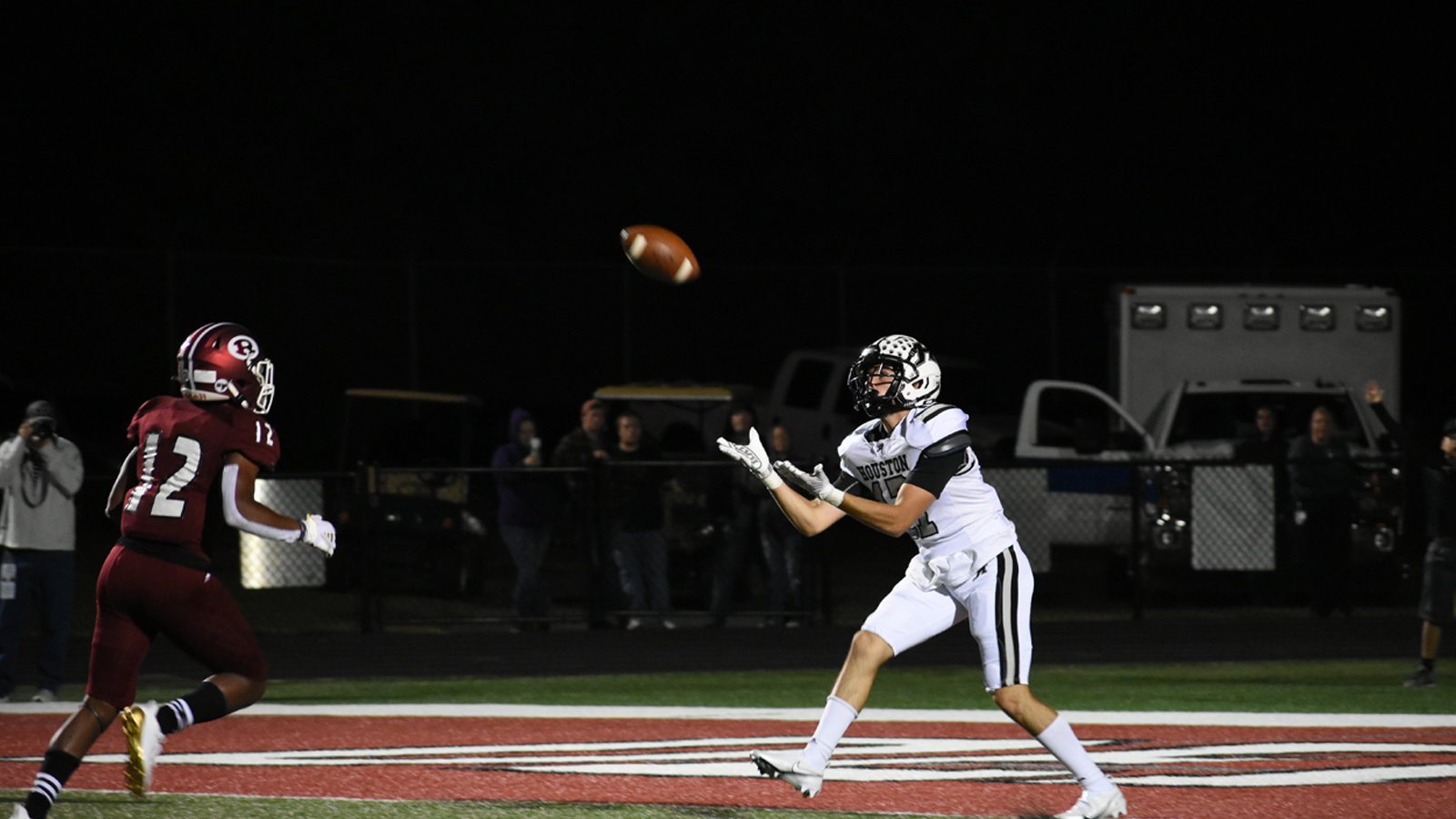 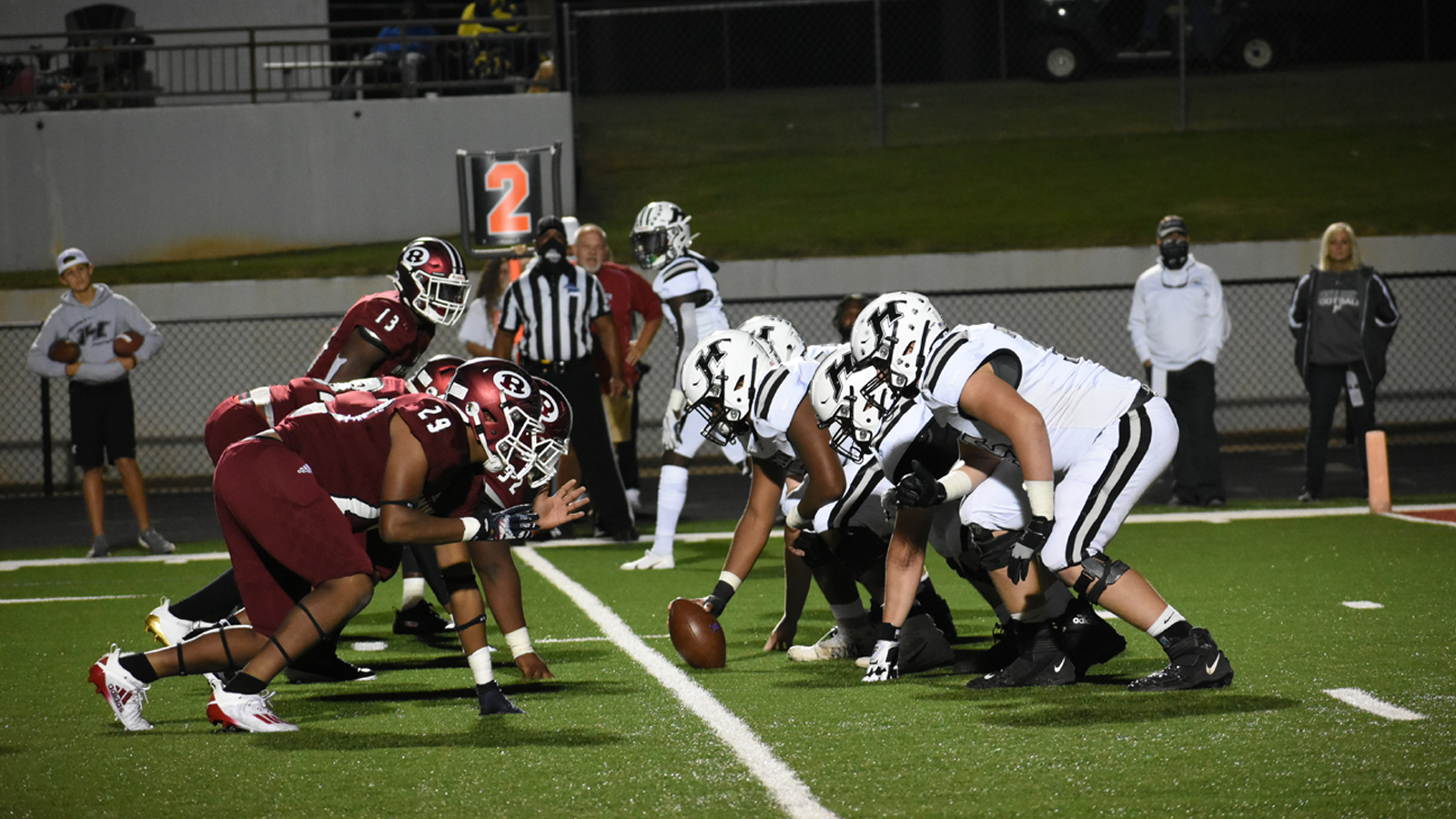