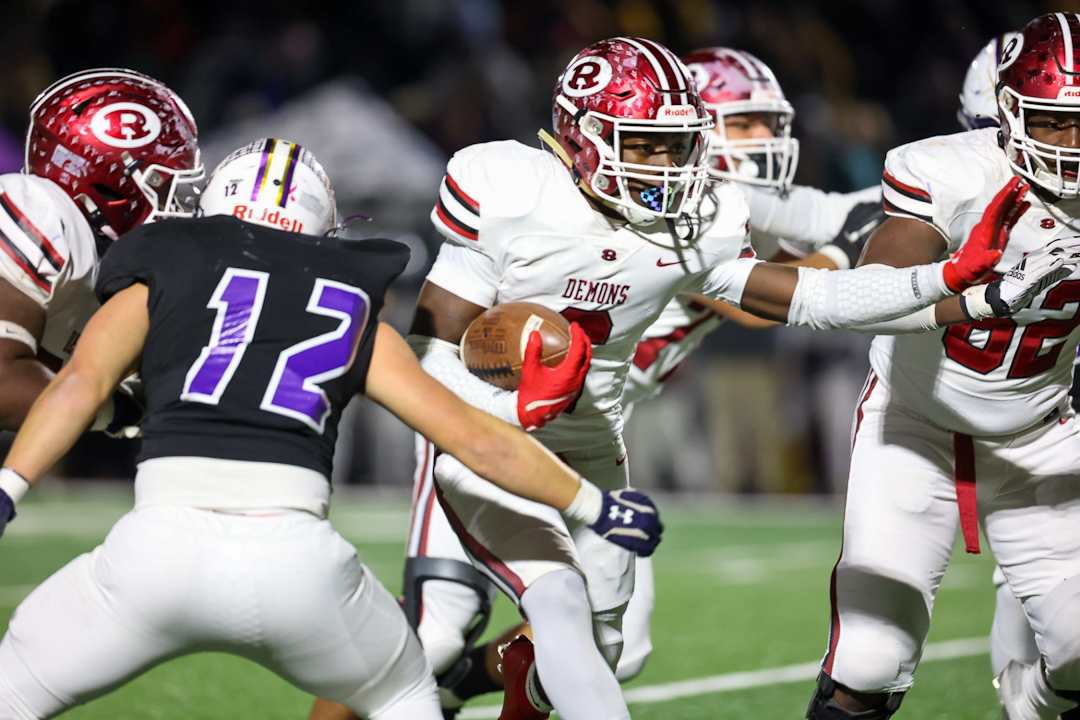 Antwon Jackson turned the game in Warner Robins’ favor. Fred Perry – not forgetting the critical contributions of the offense and defense overall – kept it that way, as the Demons beat Jones County 49-21 to advance to the GHSA Class AAAAA semifinals. They will play Creekside, a 20-10 upset winner over Whitewater.

As far as Jackson, he picked up a blocked field goal attempt and ran it back 65 yards for the score. It was plenty important seeing as the game was knotted at 14 at the time and Jones County was obviously trying to take the lead. (Note: It actually thought it had, as it made it from 39 yards out, but an illegal procedure penalty negated that, pushed it back five yards where the defense and Jackson could do their thing.)

The Greyhounds did tie it, but that was before Perry entered the scene (not that, per the norm, he hadn’t already made his presence known). He scored on an eight-yard touchdown run that capped off an 11-play, 47-yard drive. That gave the Demons a 28-21 first-half lead. He then scored on runs of 71 and 61 yards and on a one-yard run. By the time he was finished, Warner Robins was up 49-21 with a full quarter still left to play. 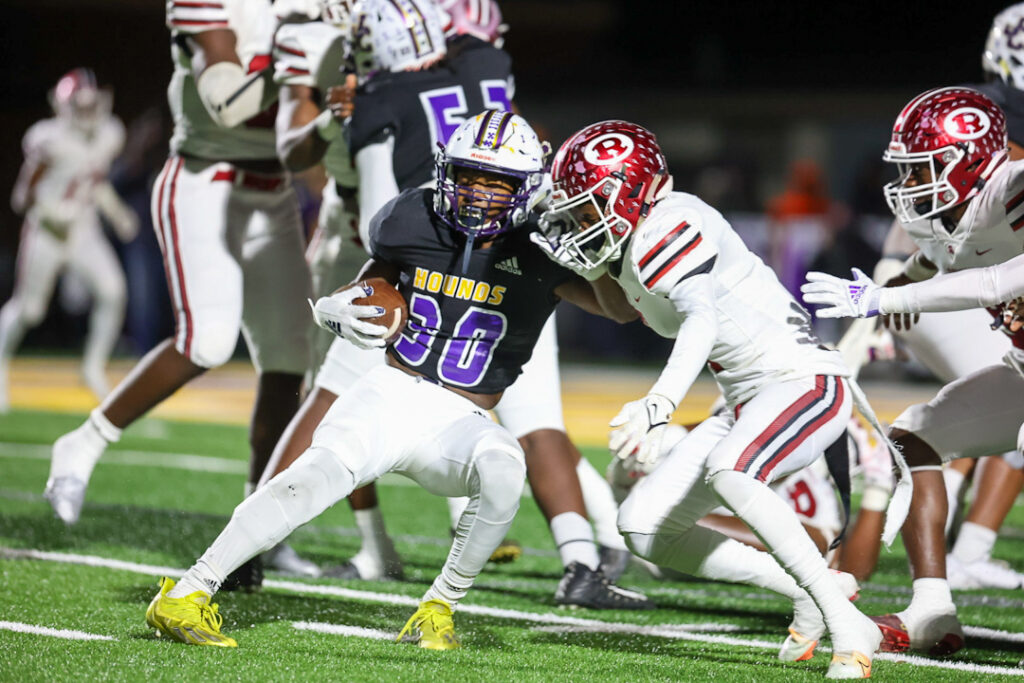 The game started with a Jones County drive of seven-plays, 75 yards and a score – a seven-yard pass from Alan Richter to Zion Ragins.

The Greyhounds scored. The Demons scored. The first was on 11-play, 62-yard drive and a nine-yard pass from Richter to Tucker Mix. The second was on a three-play, 44-yard drive, finished off by a 44-yard run by Perry.

At that point it appeared it would solely be a matter of who could outscore the other. Instead, Jones County, after moving it a good bit, stalled and turned it over on downs. And Warner Robins picked up a first down, also stalled and punted. That set the stage for the aforementioned blocked field goal and the turn around in fortunes. (Jones County also lost Richter on a hit after its third score, and really never seemed effective after.)

The Greyhounds also missed a field goal on its first possession of the third – back when they had a good chance – 35-21 – to get back in the ballgame.

The Demons improved to 12-1 as the move on, while Jones County finished 10-3. 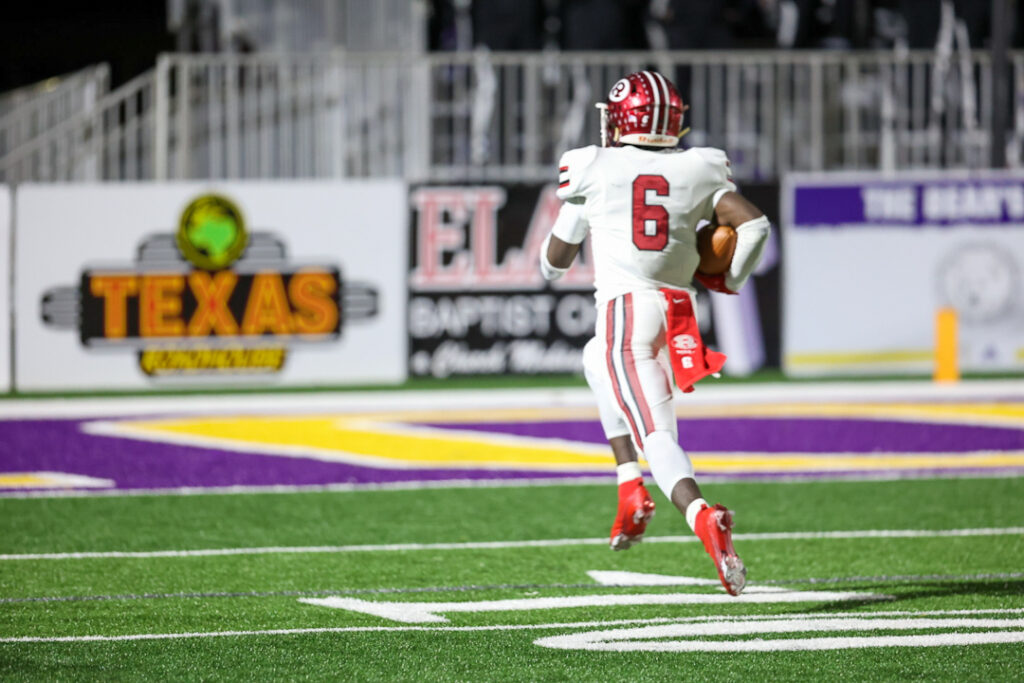 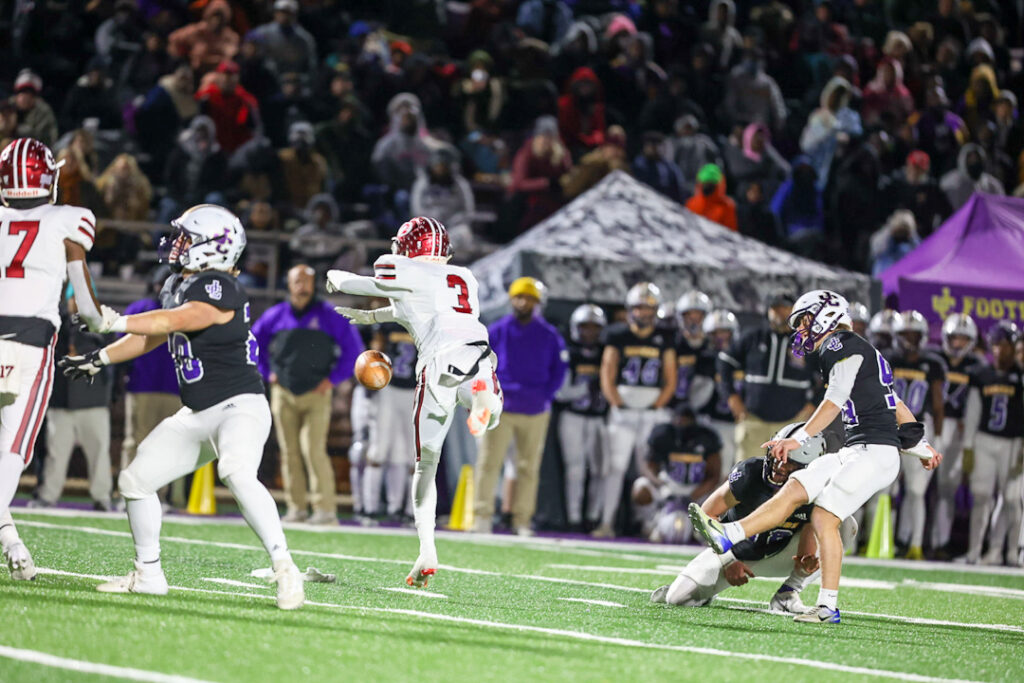 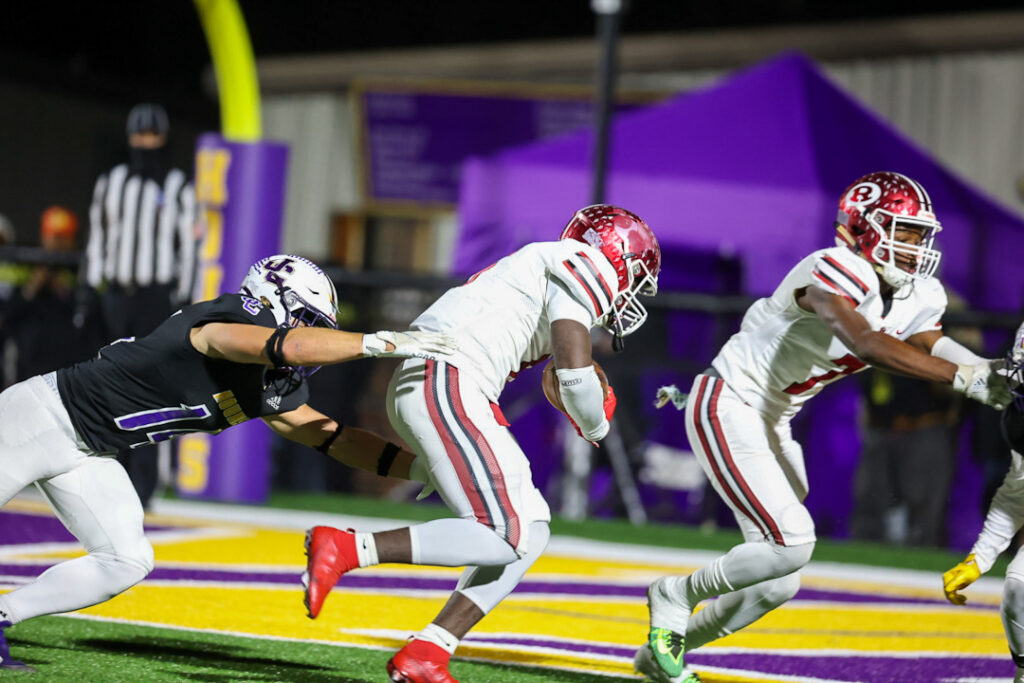