Warner Robins pulls away from Jonesboro 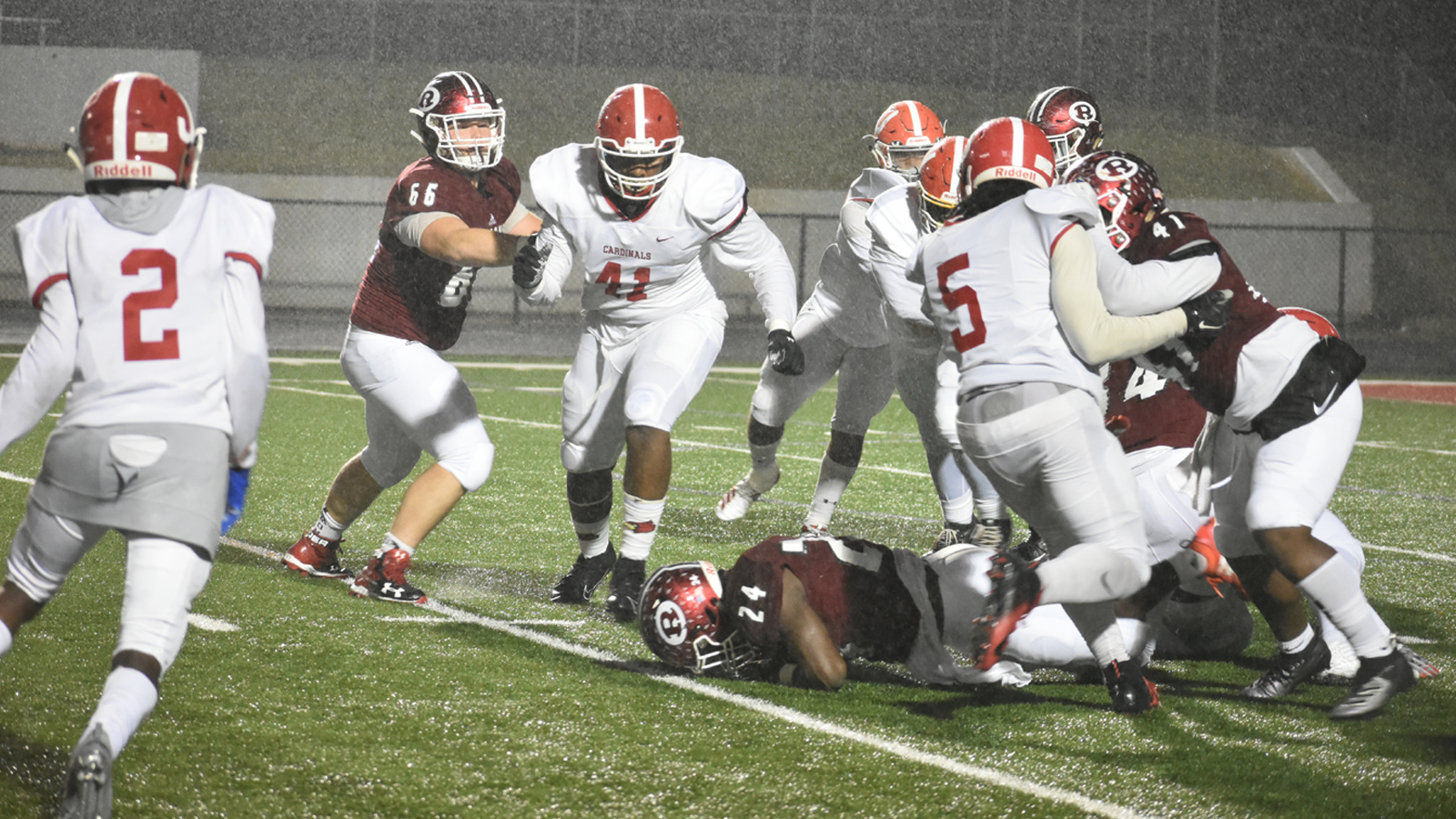 If Jonesboro had had as good an offense as its defense, Warner Robins might have been in trouble.

Not that the Cardinals’ offense was bad – it was somewhat effective in moving the ball, it just couldn’t seem to consistently go from start to finish – it just wasn’t as successful as its defense.

Yes, the Demons won 28-7, but two of those scores came in the fourth quarter. Further, the first of those – in what might have been a wakeup call – came after Jonesboro thought it had scored what might have been the game-tying touchdown. The point after would have made it 14-all. Instead it was negated by a penalty. The Cardinals then failed to convert.

The Demons pulled away.

They move on to the second round of the GHSA Class AAAAA playoffs where they will host Rome, a 52-0 winner over Lithonia.

Back to the game, it started with a punt by both. Jonesboro’s was not without problems, however, as the ball was snapped over the kicker’s head. He recovered it but was forced to kick out of his own endzone. That gave Warner Robins the ball on the Cardinals’ 28. It took just three plays to get it in the endzone from there. The last of those was a nine-yard run for the score by Jalen Rutherford.

Not to disrespect that of the Demons’ as they were also pretty stout on the night. Evidence of that came when a fumble gave the visitor good field position on Warner Robins’ next possession, yet they held and forced a punt.

That set up the second score, a nine-play, 69-yard drive, that was finished off by Ahmad Walker from the 11.

The Cardinals cut the lead in half to start the third. They went 65 yards on seven plays and scored on a 38-yard pass from Tremir Alexis to Rasheed Singleton.

Warner Robins missed a field goal following that, and that in turn set up the aforementioned touchdown that was, then wasn’t, for the visitor.

The Demons responded with a 10-play, 75-yard drive and a three-yard score by Walker. Then, following a fumble by Jonesboro, they put together a nine-play, 82-yard drive, that was finished off by a seven-yard run by Jalen Addie. (Note: He and Marcayll Jones both saw limited action, presumably due to light injury.) 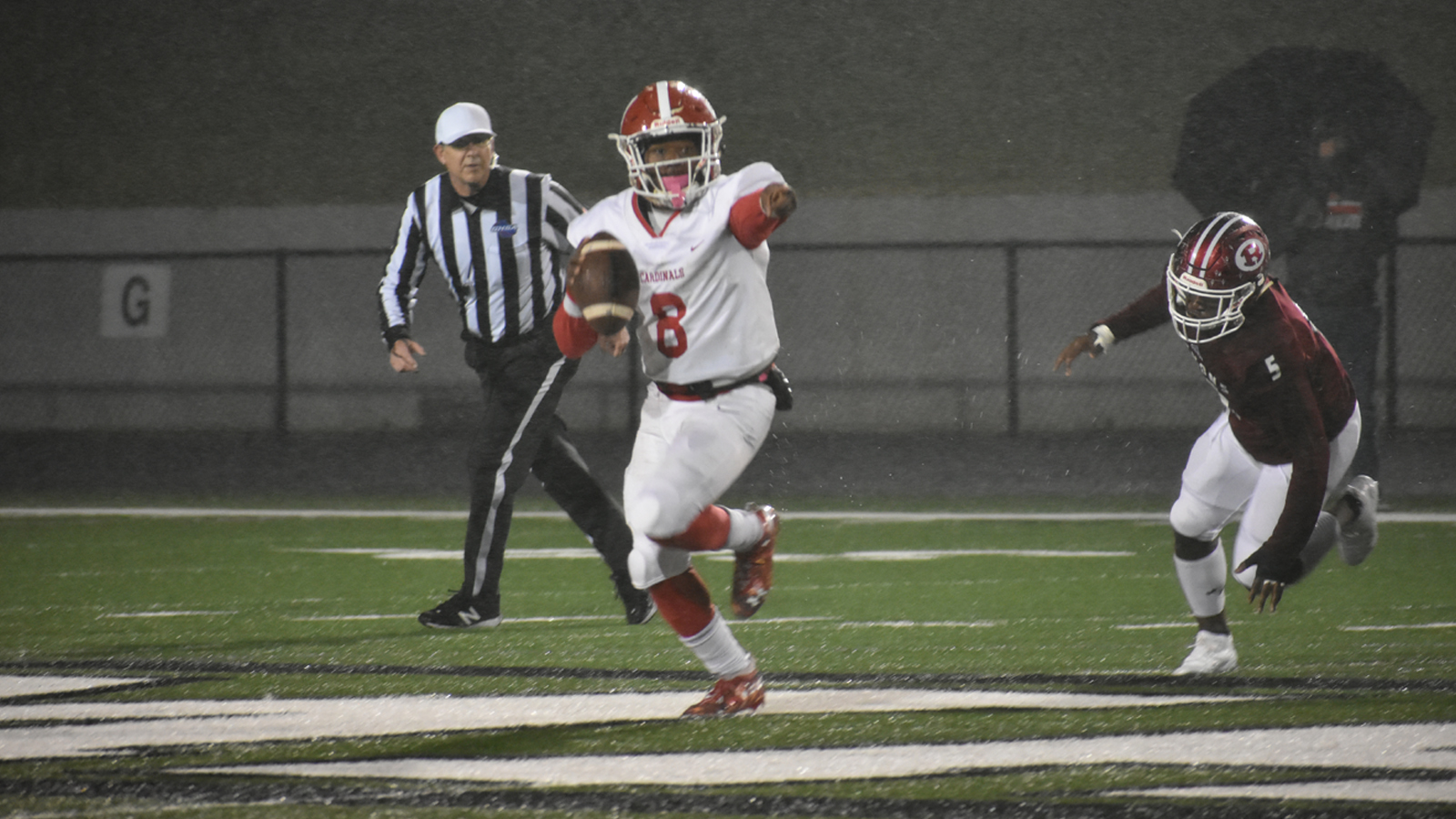 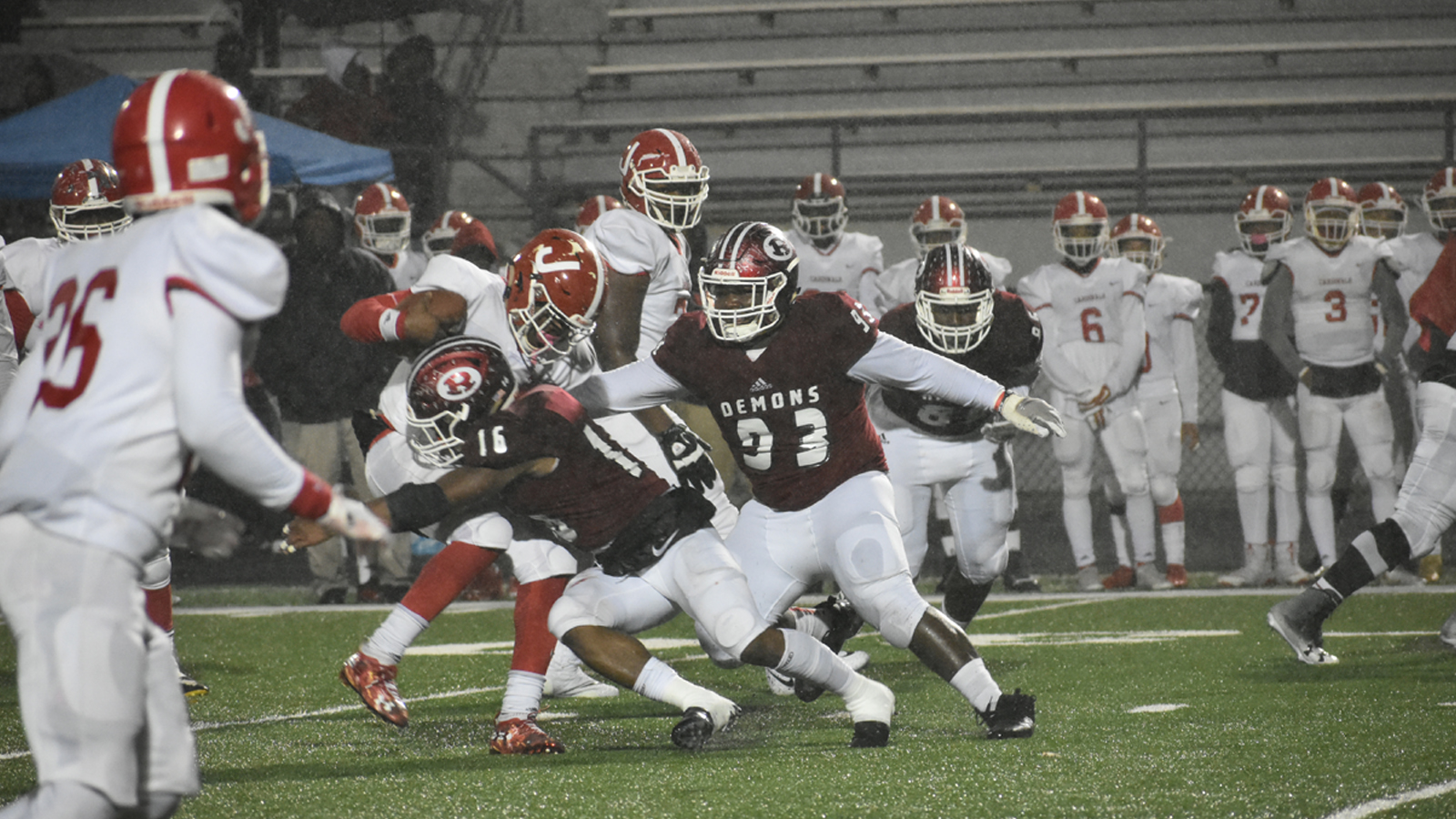