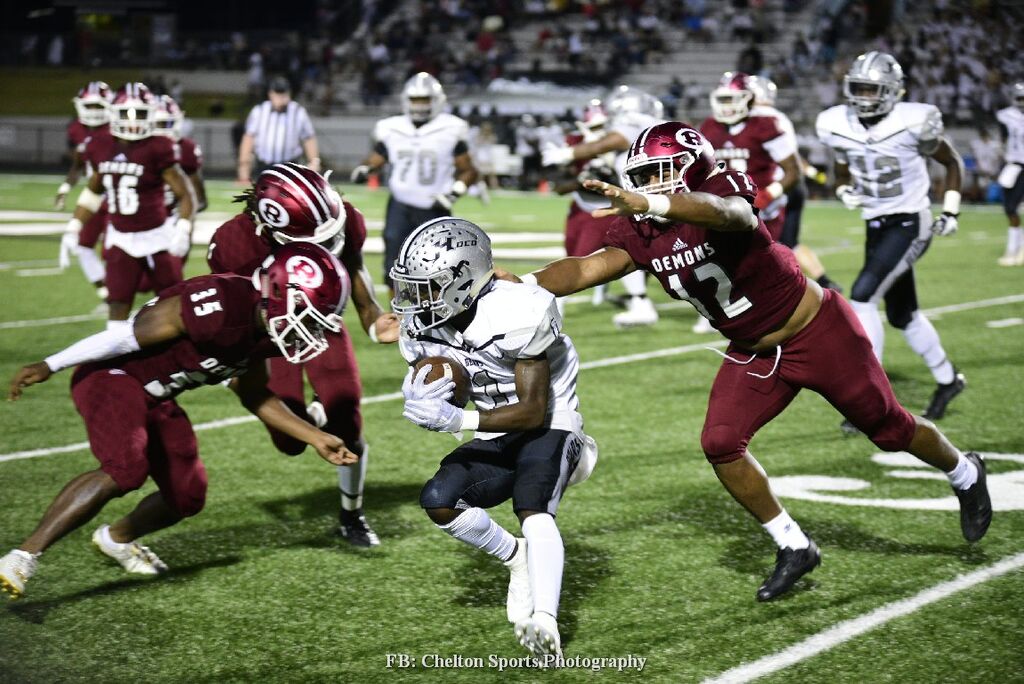 Warner Robins’ Dylan Fromm and Marcayll Jones entered the team’s game against Houston County Friday leading the state in passing and receiving, respectively. (Fromm with 1,724 and Jones with 733 yards.)

They wasted little time adding to their numbers. Fromm threw five touchdown passes and Jones caught four as the Demons rolled past the Bears 49-21.

The two connected on Warner Robins’ first possession of the game. The Demons started on their own 34 and ran five plays before Fromm found Jones from 37 yards out. Samarly Howard made the point after.

After a couple of Houston County punts, with a Demon one sandwiched in between, Fromm hit Jones again. This time it was on the first play from scrimmage and 53 yards. As he did throughout, Howard made the PAT.

The Bears were finally able to answer after that. Aided by a personal foul, they strung together four plays and a score when Max Rigby found Isaiah Harris for the score. Ren Collier made the point after so at that point – 1:51 left in the first – it was only 14-7. 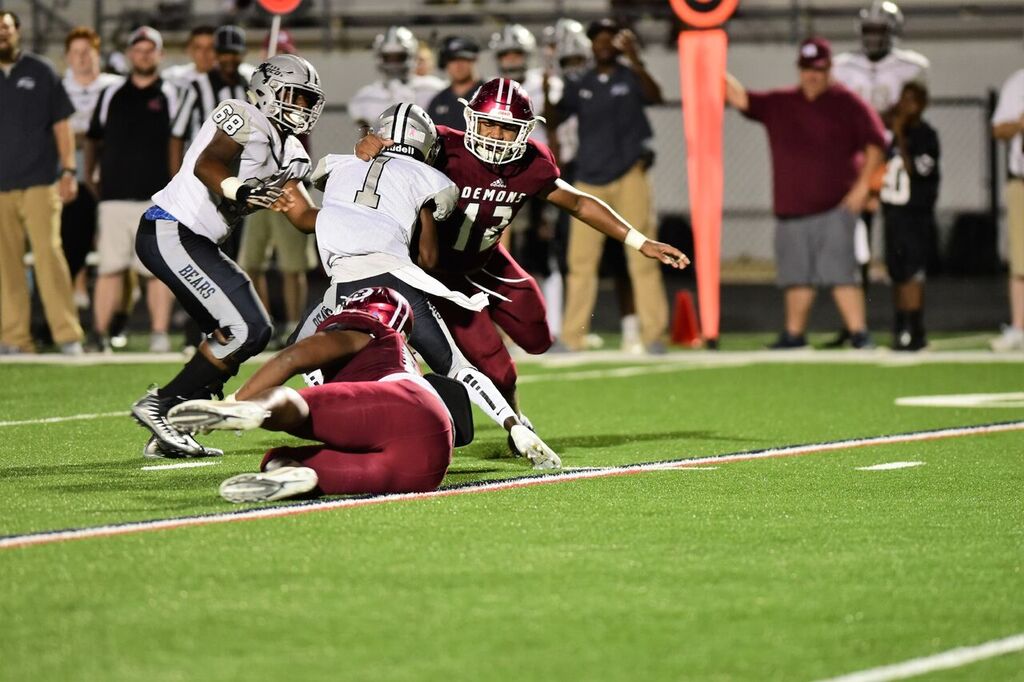 Warner Robins made it 21-7 on its next possession. It went 62 yards on six plays and scored on Deondre Duehart’s 12-yard run.

Houston County was forced to punt again – the game now moving into the second. The Demons scored again. This time it was Ty’larrious Carr getting into the action. He caught a 23-yard pass from Fromm to cap off a three-play drive that covered 53 yards.

Both punted before the Bears recorded their second score. It was on a 67-yard run by Harris. The point after made it 28-14. Warner Robins had a couple more opportunities before the half but was unable to score. Houston County had one in between that and shared likewise results.

Both also punted to start the third before the Demons put up two quick scores – mainly via Bear miscues. A fumble gave Warner Robins the ball on Houston County’s 39. Jones and Fromm connected on the second play from scrimmage for 39 yards to finish off the first drive. 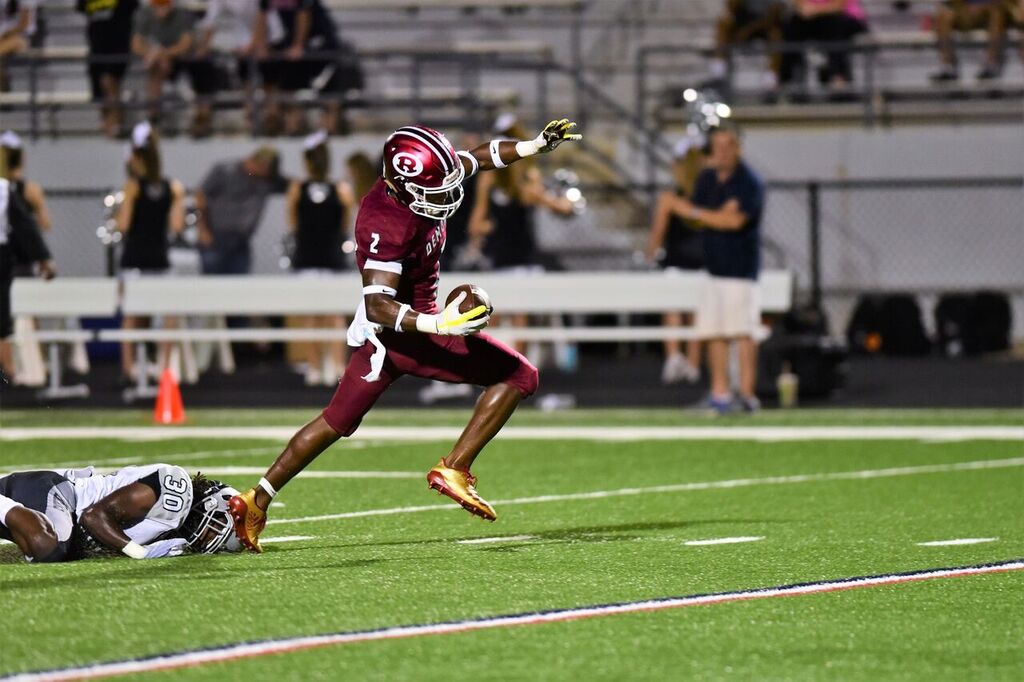 An onside kick gave the Demons the ball on Houston County’s 46. Again on the second play, Fromm and Jones hooked up. The point after made it 42-14 at that point with about four minutes left in the third.

Both punted before Houston County scored again. It was on a fourth-down, three-yard run from Rigby. That capped off a nine-play, 47-yard drive.

The game was also in the fourth by the time that finished. Warner Robins was also using a second-third-string quarterback, as well as other fresh substitutions.

Still, it was able to add one final score, a 25-yard run by Christian Anderson, to pretty much close things out.

Your Pie Defensive Player of the Game: Chris Carson 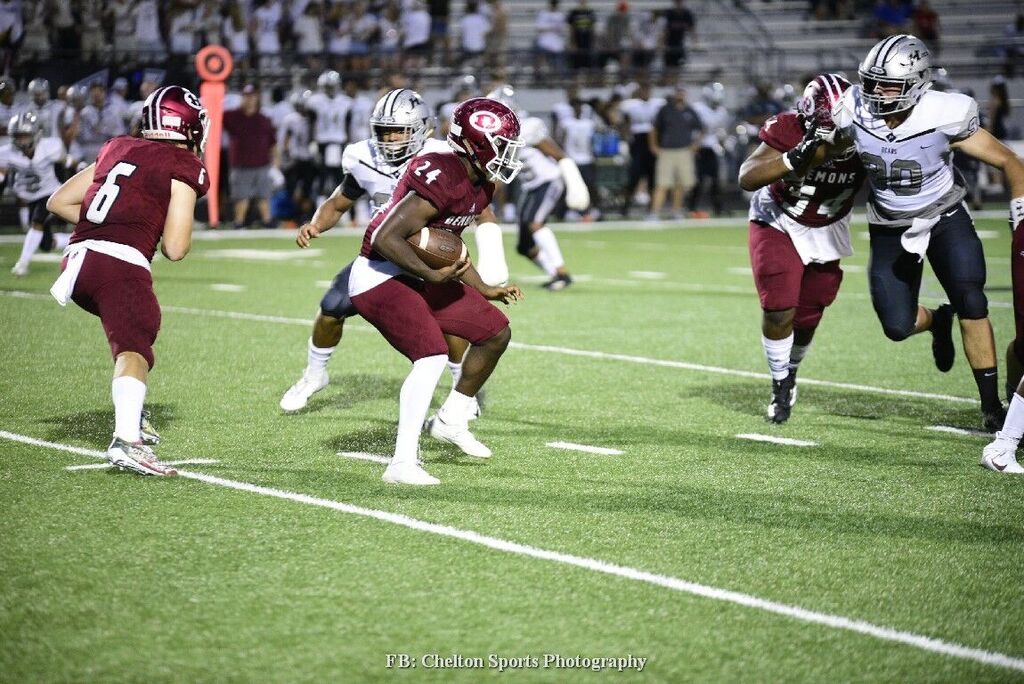 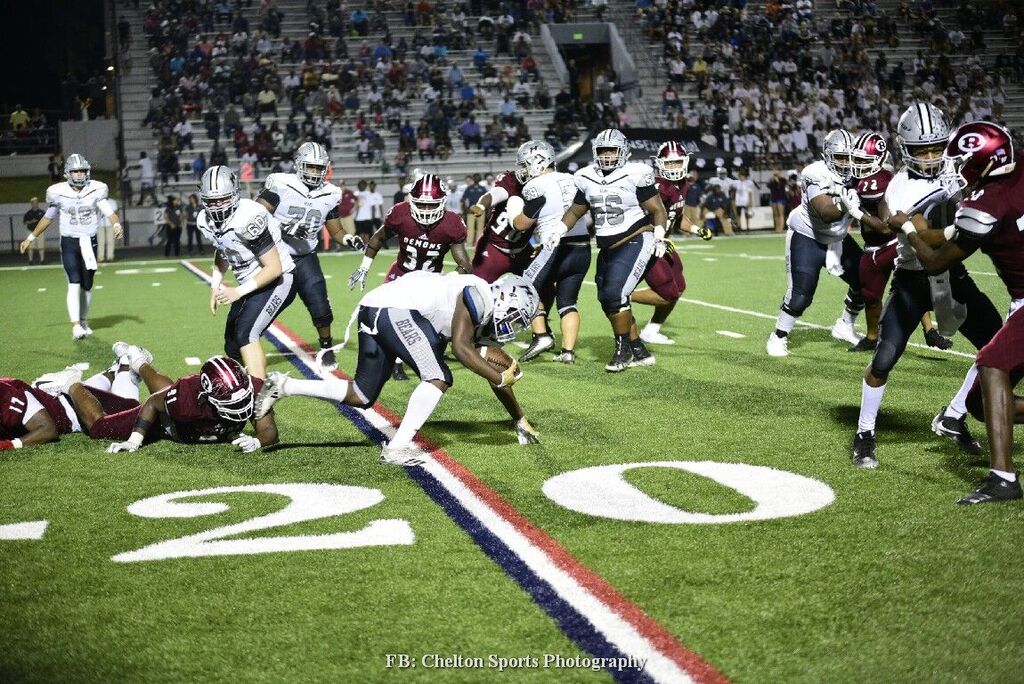 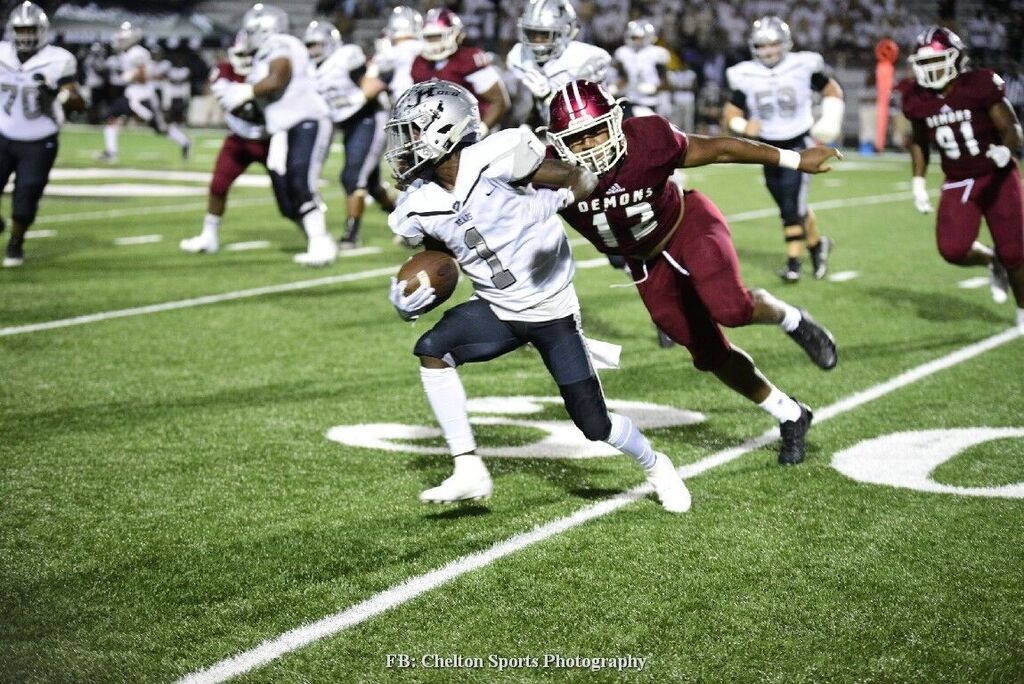