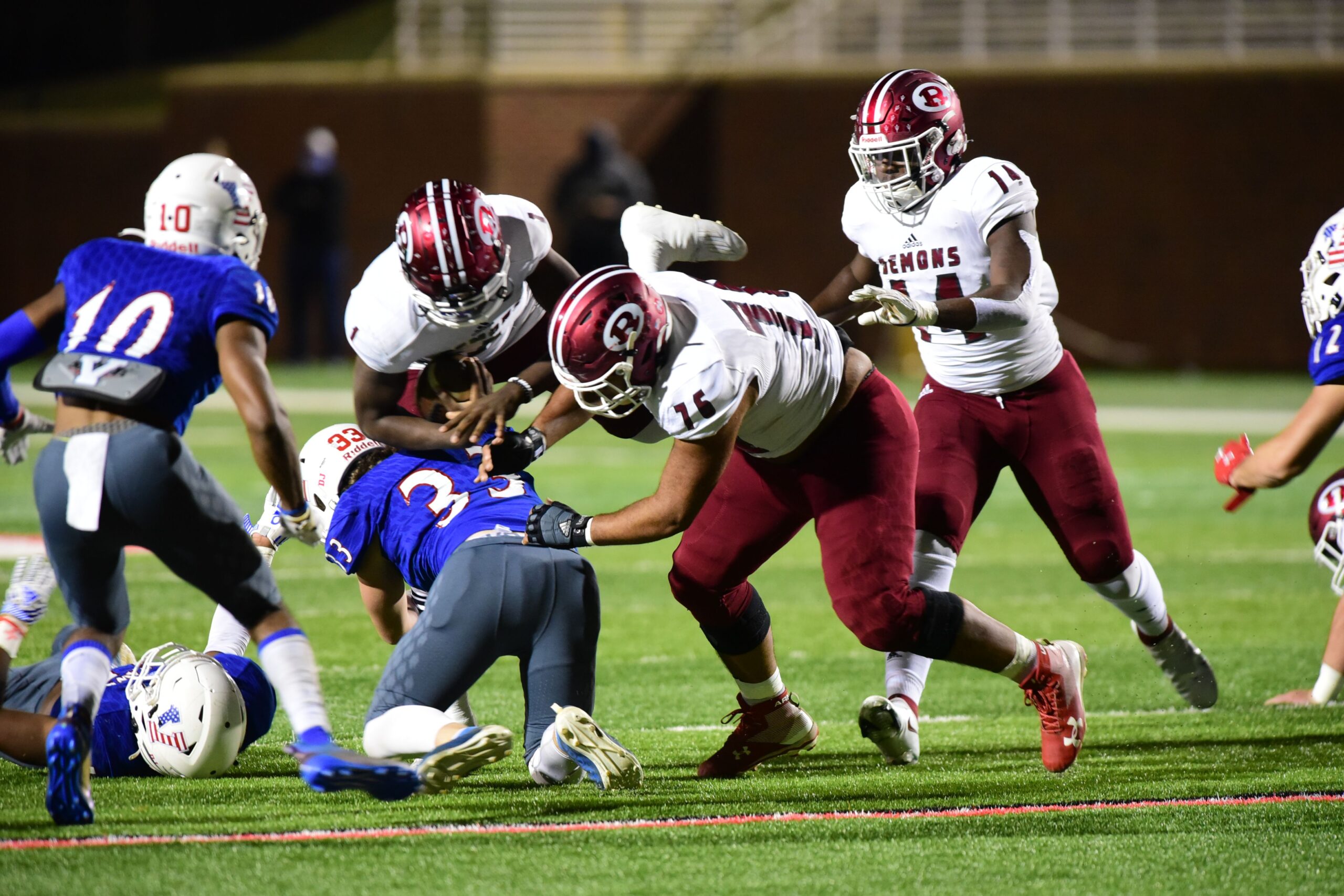 Malcolm Brown scored on two long runs and Warner Robins turned a Veterans fumble into a touchdown. With a long possession and a score added in, it meant a 28-0 halftime lead for the Demons over the Warhawks Friday on Freedom Field. They went on to win 49-21.

Brown’s first touchdown run was for 82 yards. That came on Warner Robins’ second possession. The first was a seven-play, 43-yard drive that ended with a 12-yard touchdown pass from Jalen Addie to Daveon Walker. The points after by Jackson McCook made it 14-0 with just over five minutes left in the first.

Veterans punted its first three possessions, then fumbled twice – back-to-back. The first did not harm as Warner Robins was forced to punt. The second turned into a four-play 69-yard drive that ended with Jahlen Rutherford’s 15-yard run. Cary Payne made the point after to make it 21-0 with 9:09 left in the second.

Brown’s second run followed that. He finished the first half unofficially with 175 yards. Fifty-nine yards of it came via his second touchdown. Payne also missed – actually hit the crossbar – on a 41-yard attempt with about four minutes left in the half. 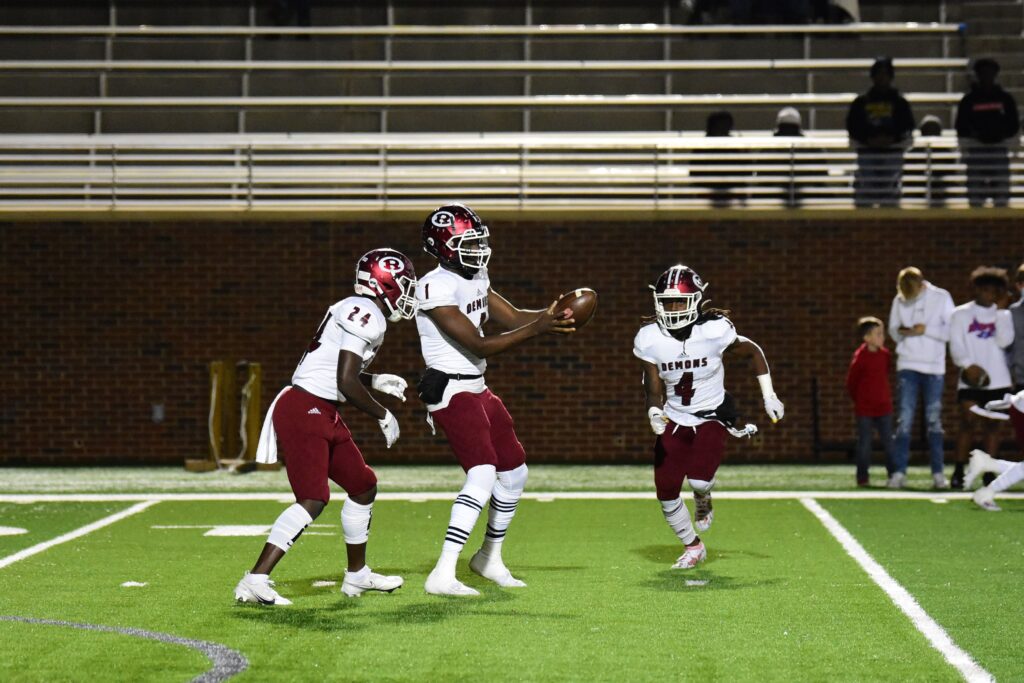 After a Demons punt to start the third, the Warhawks got on board. Taking the ball on their own 18, Blake Etheridge hit a wide open Justin McCarty on a pass on the first play from scrimmage that appeared to go all the way. That is, however, until he was flagged for taunting. That put the ball on the 30 where two plays later Etheridge found Trayvon Shorter for 28 yards and the score. Daniel Gibbs made it 28-7 with just inside 10 minutes left in the quarter.

Warner Robins answered that with a 13-play drive that covered 80 yards. The score came on a fourth-and-eight and a 38-yard pass from Addie to Walker. Payne made it 23-7.

Veterans scored again following. This time it was on an eight-play drive of 65 yards. It was capped off by a two-yard pass from Etheridge to McCarty. Gibbs made it 35-14, which is where it stood after three.

The Demons again responded. This time they went 80 yards on 10 plays and scored on Ahmad Walker’s 14-yard run. Daniel Barber’s point after made it 42-14.

The Demons substituted quite a bit in the fourth. That helped Veterans put another score on the board, an eight-yard pass from Etheridge to Fields to make it 42-21.

Finally, just when it appeared Warner Robins would be content with that score, backup quarterback Christian Lane connected on a long pass that put the ball on the 9. He then found Payne for the score on the next play. 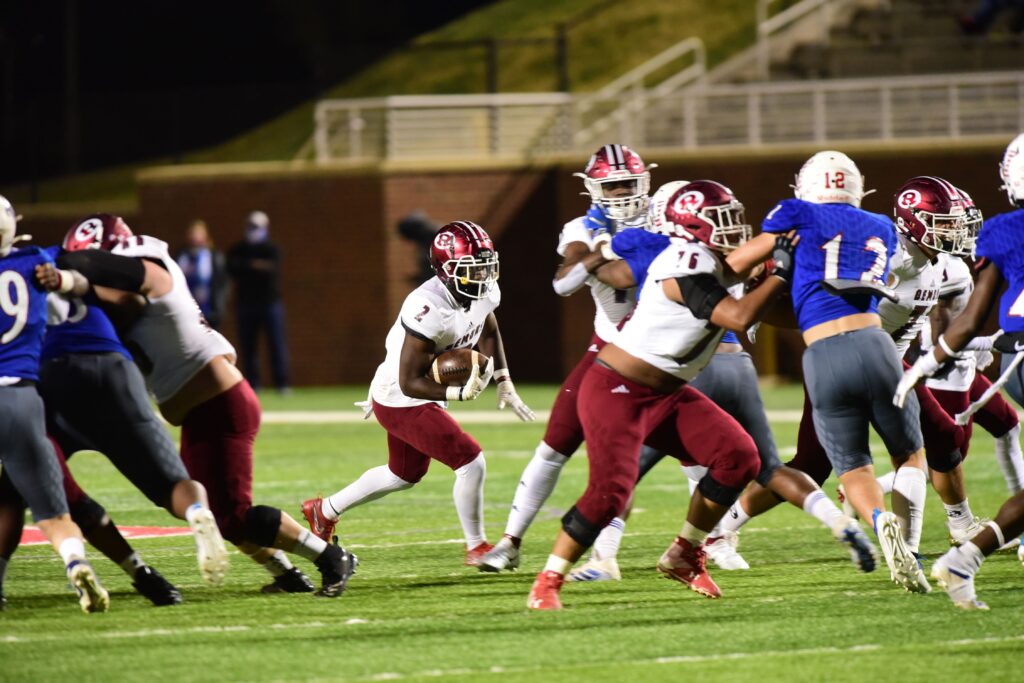 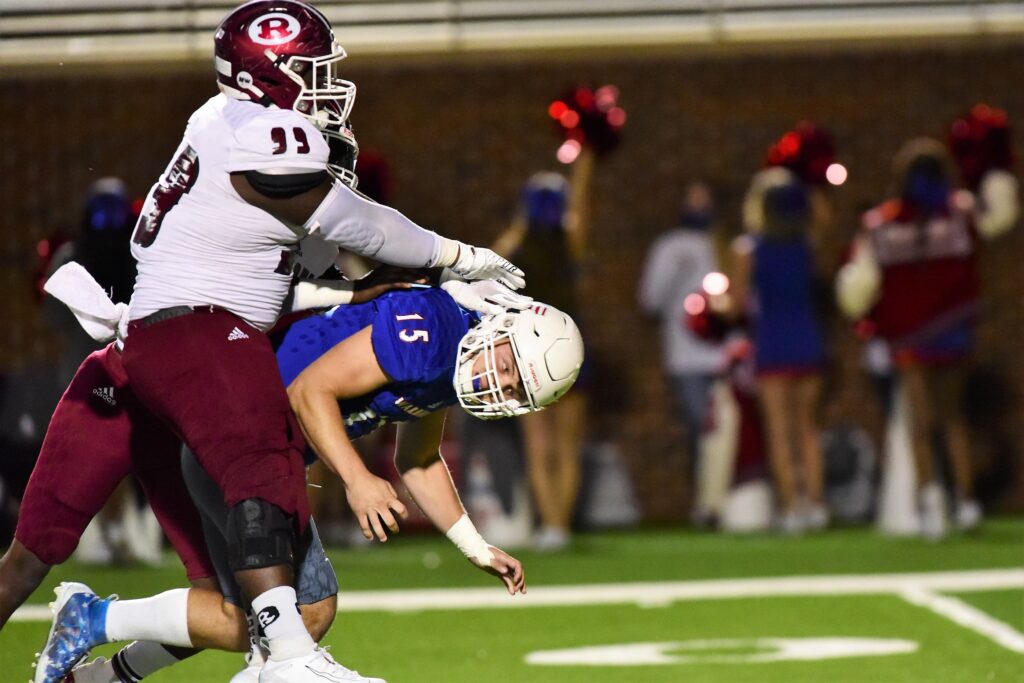