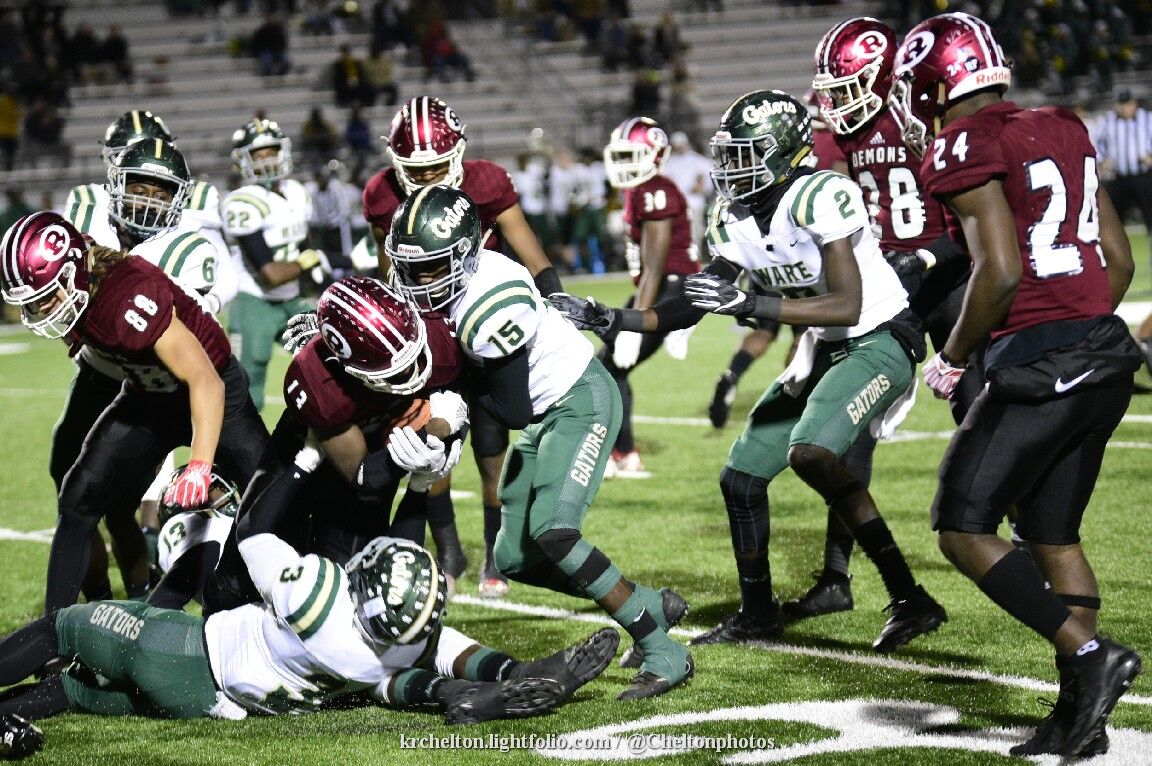 Warner Robins’ offense has certainly gotten its share of spotlight. (When you average about 50 points a game that’s to be expected.) It’s time somebody turned the lamp in the direction of the defense.

The Demons’ defense. Over the first six games: About 21 points per outing given up. Over the last six games: Four shutouts, allowing one touchdown in one game and 10 points in the other.

The latest: A 35-0 goose egg given up to Ware County, the win sending the Demons to the quarterfinals where they’ll host Clarke Central, a 24-7 winner over East Paulding.

Both started the game with a punt; although there was a difference: Warner Robins picked up two first downs – a hold stalled the drive – the Gators went three-and-out.

Both turned it over on downs on their next possession – an unsuccessful fourth-and-six for Warner Robins, a likewise fourth-and-one for the visitor. 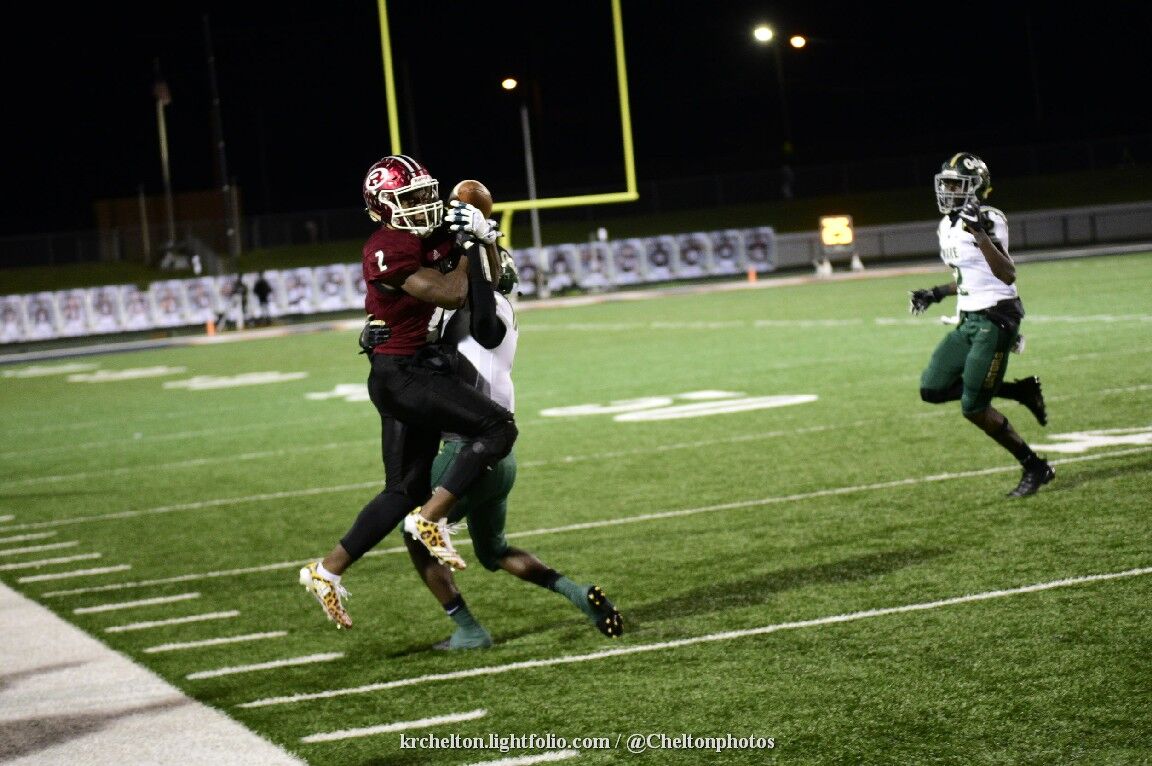 The Demons scored following on a 64-yard, nine-play drive. Dylan Fromm finished it off by hitting Marcayll Jones with a 10-yard pass. (Jones, early in the fourth, would catch a 10-yard pass that enabled him to break the state record for receiving yards.) Samarly Howard’s point after made it 7-0 with just over a minute to play in the first.

Ware County turned it over on a fumble following. Warner Robins did likewise on an interception. The Gators again came up short on a fourth-down try before both punted again.

The Demons scored again after that on Deondre Duehart’s 80-yard run from scrimmage. Howard made it 14-0, which is where it stood at the half.

Ware punted again to start the third. Warner Robins might have added to its lead following if not for some misfortune. First, Jones appeared to score on a two-yard pass from Fromm but it was called back on a flag. Then Fromm was intercepted two plays later.

The Gators returned the favor by snapping the ball over the kicker’s after going three-and-out.

That put the ball on the 14 where three plays later Fromm hit Ty Carr on an 11-yard touchdown pass. Howard made it 21-0.

Both punted again following that – although, it could also be said that Demons were controlling both sides of the ball by then.

Warner Robins added another Carr score on its fourth possession of the third and then finished it off with a score by James Smith as some of the reserves got into the game late.

Your Pie Defensive Player of the Game: Malachi Weatherspoon 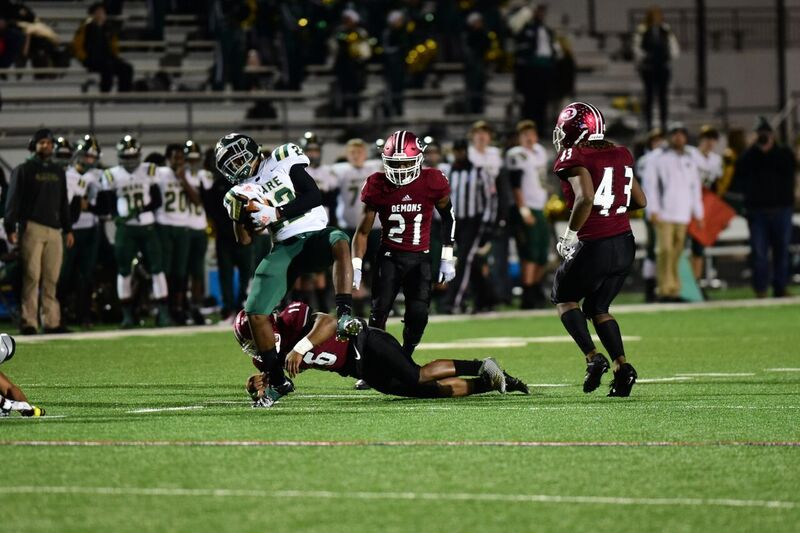 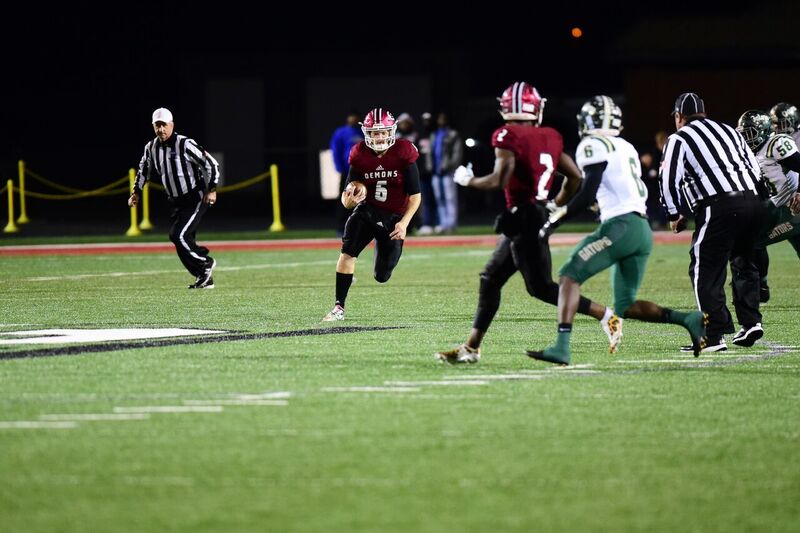