Warner Robins too much for Woodward Academy; headed back to quarterfinals 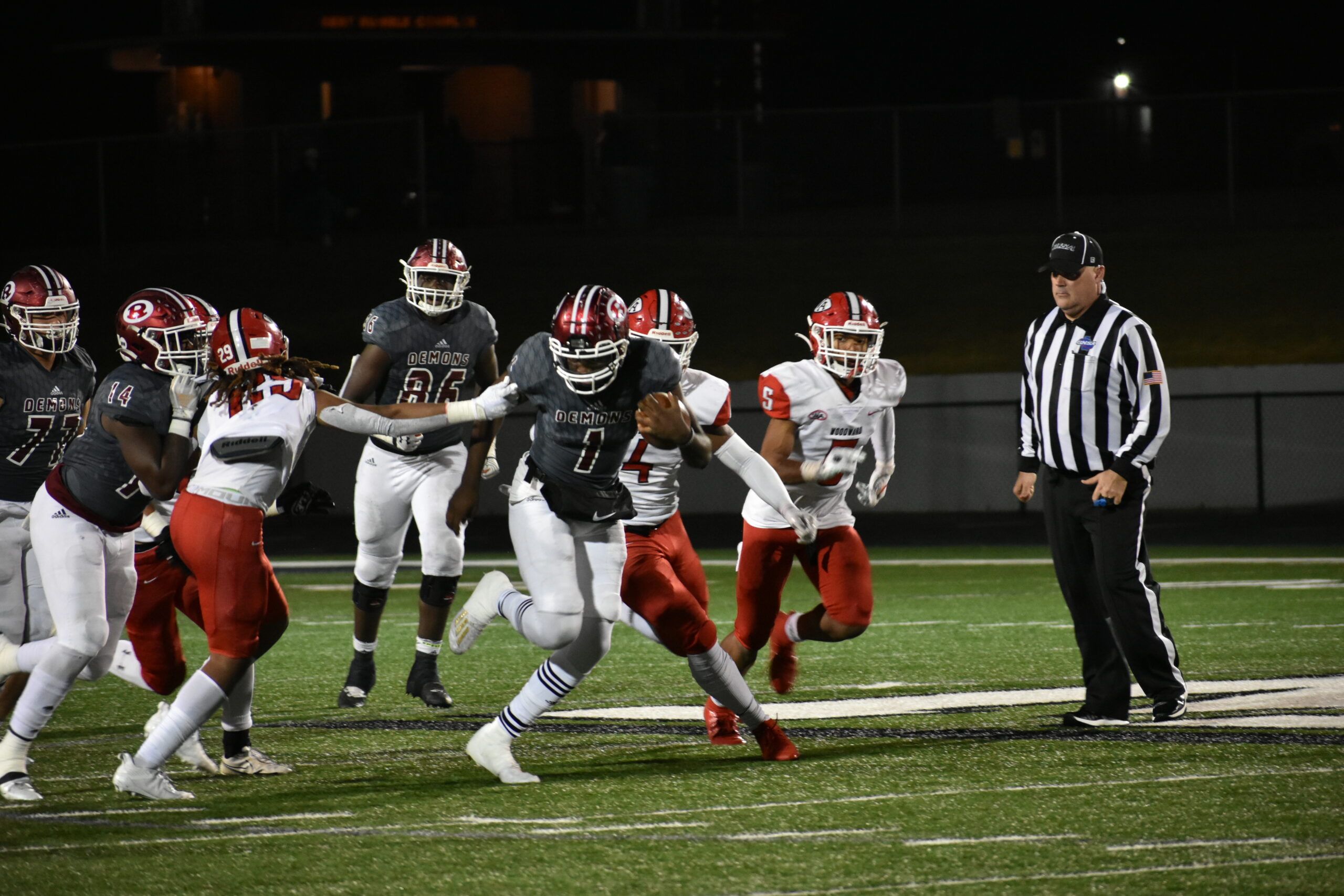 Warner Robins got a bit of a scare.

It came on Woodward Academy’s first possession of the game. It was on a handoff to Damari Alston that went 56 yards to give the visitor the early lead.

The Demons recovered – the War Eagles’ top running back was basically not heard from again – then made it a fright night of their own. They went on to win 30-7 to advance – for the fourth-straight year – to the quarterfinals of the GHSA Class AAAAA state tournament. (All signs at the time of this writing pointed to a matchup against Blessed Trinity, the Class AAAA champion the past three years.)

As far as game progression, the Demons picked up a handful of first downs, but was still forced to punt on their first three times holding the ball. The War Eagles appeared headed in the same direction, but on their third time dropping back to punt, found a host of Demons in the way. It was blocked. Warner Robins recovered on the 4. Ahmad Walker ran it in from the 2 on the second play from scrimmage. Cary Payne made the point after to tie it with about three minutes of the second quarter gone.

Walker scored again on the Demons’ next possession. It was from the 1 and the finish to a 10-play, 66-yard drive. Payne’s point after made it 14-7, which is where it stood at the half. 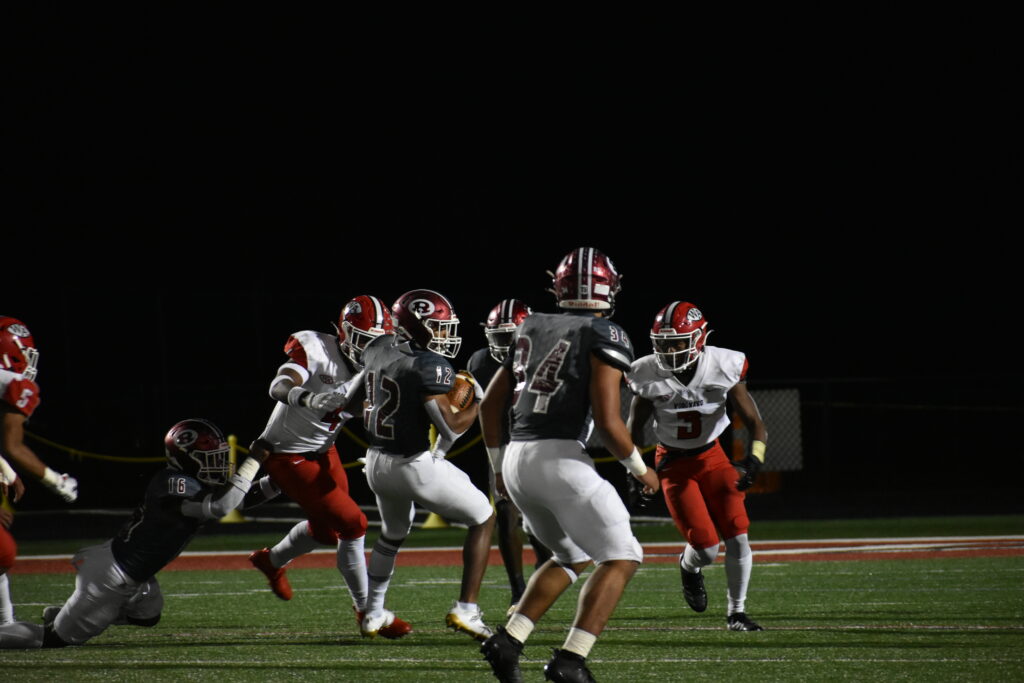 The Demons drove well to start the third, but still had to punt. Woodward went three-and-out and this time Warner Robins finished things off with a Payne field goal from 30 yards out. That was a 10-play drive that started on the War Eagles’ 43. It made it 17-7, which is where the third ended.

Quarterback Jalen Addie and Malcolm Brown added scores to the board in the fourth. Addie’s was from seven yards out and finished off an 11-play, 65-yard drive. The point after hit the crossbar leaving it 23-7.

Brown’s score came on a 32-yard run late in the game.

With the win, Warner Robins improved to 10-1. Woodward Academy ended its year 7-5. 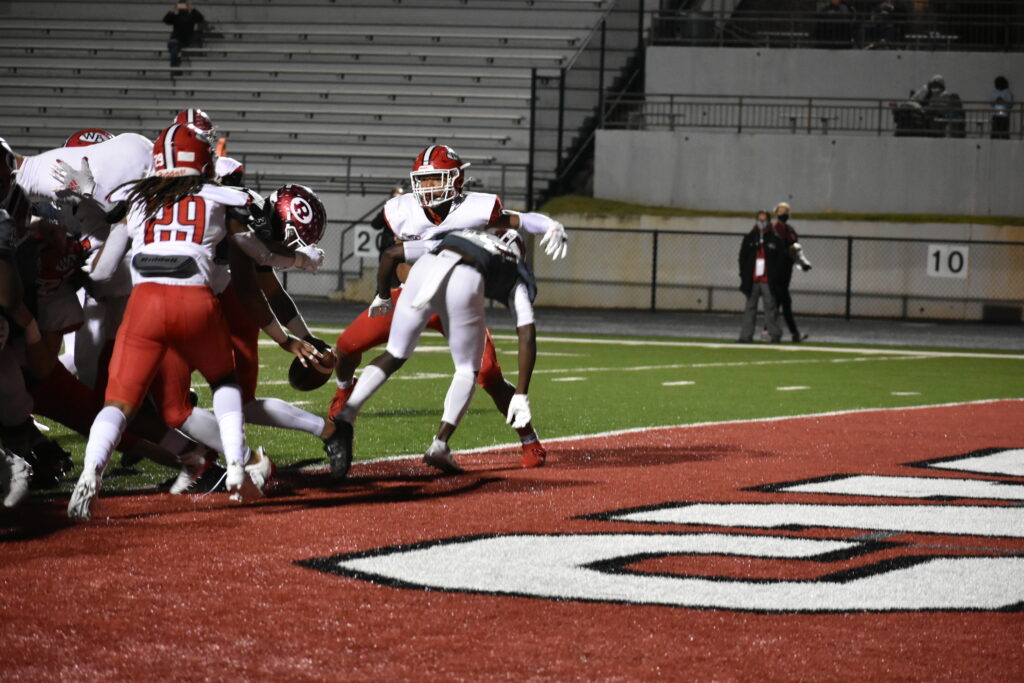 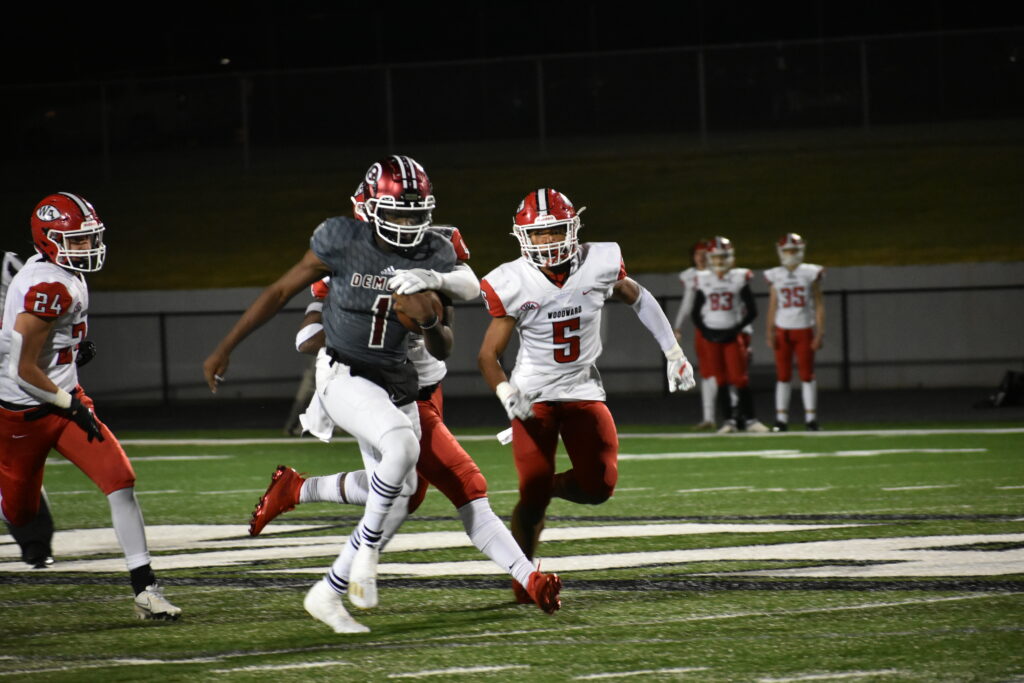