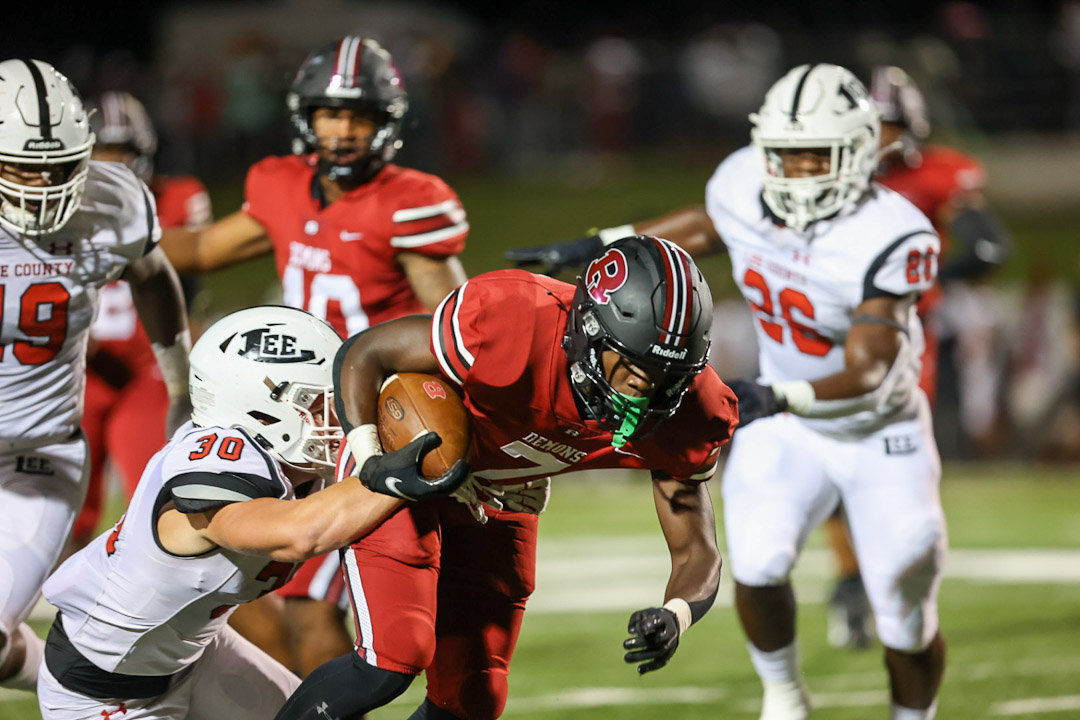 If you wanted to look for a turning point between Class AAAAA No. 1 ranked Warner Robins and Class AAAAAA No. 1-ranked Lee County, you might look to the beginning-to-mid part of the third quarter.

The first half ended with the Demons having all the momentum in the world and a 28-16 lead. They were also to receive the ball to start the third. All they had to do was keep the pressure up. That turned out to be exactly what they couldn’t do as Lee County stopped them – got in a sack, made for a third-and-16 and forced a punt. Then, it scored to make it 28-23. All but gone was the momentum.

Enter Fred Perry. He returned the ensuing kickoff 91 yards – almost returned another one later one – to put Warner Robins up 35-23. A fumble and a scoop and score by Montrez Dinkins on the Trojans’ next possession made it 42-23. Another fumble put it on the visitors’ 33. Four plays later, quarterback Christon Lane found Deuce Petty for another score to make it 49-23.

The Demons forced Lee County to punt again, then they scored once more on a nine-yard pass from Lane to Dinkins. It was the finish to an eight-play, 76-yard drive. It also made it, with Daniel Barber’s points after throughout, 56-23. That did it.

The Trojans scored once more in the fourth, but it was run with a running clock and plenty of subs. Final score: Warner Robins 56, Lee County 30. 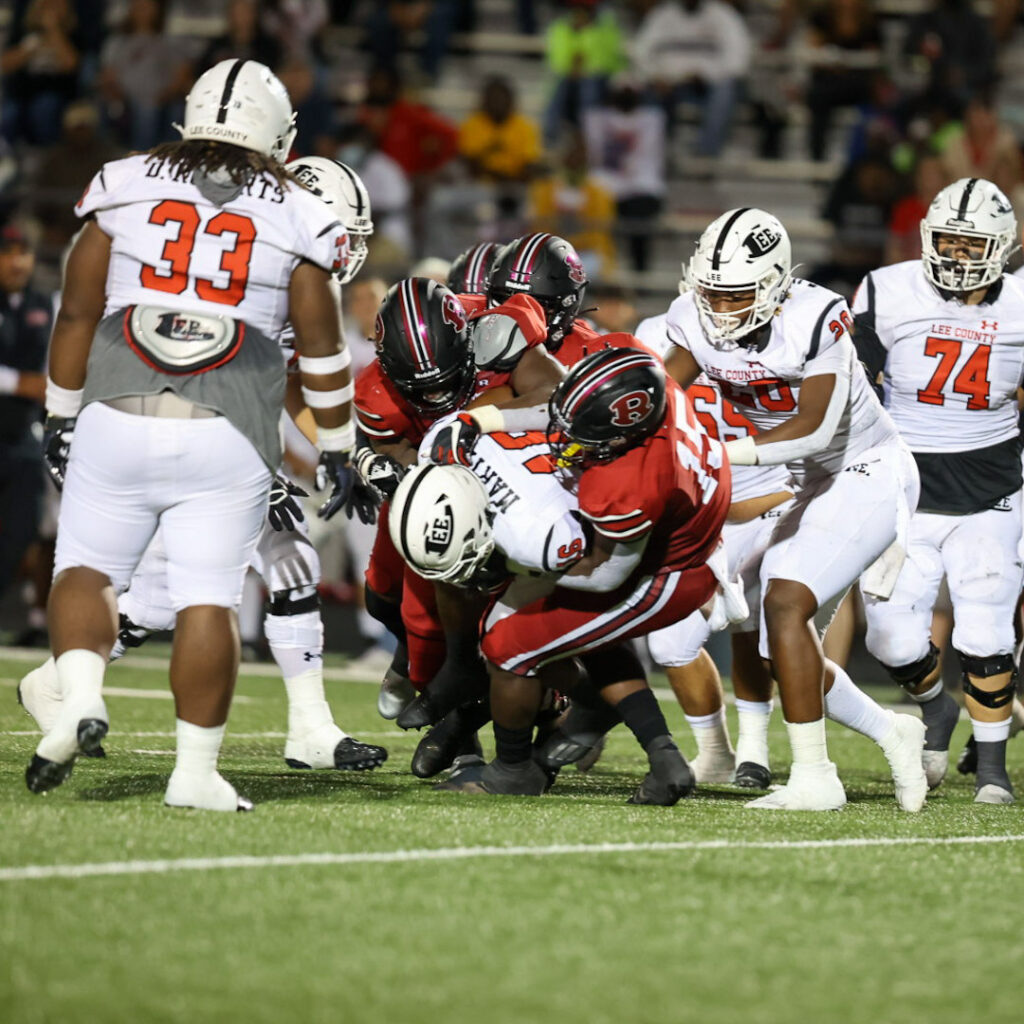 Warner Robins put up approximately 367 yards of total offense in the first half. Lee County started the game with a punt. The Demons started with a fumble.

Warner Robins answered on its next possession – mainly via a 70-yard touchdown run by Malcolm Brown (with two short runs before that added in).

Lee County punted before the Demons put together a long drive that ended when they came up short on a fourth-and-seven from the 10. (A couple of flags hurt along the way, including one that negated a touchdown run by Brown.)

The Trojans went back on top via Alex Collins’ 22-yard field goal. (A flag gave Lee County extra downs, but Warner Robins’ defense got the moral victory in keeping it out of the endzone.)

The Demons went back on top on their next possession. They scored on a 59-yard pass from Lane to Daveon Walker, the culmination of a four-play, 80-yard drive.

Finally, Warner Robins would trail no more. It got the next two scores to finish out the quarter. The first was on an eight-play, 67-yard drive that was finished off with a five-yard run from Brown. Then, after forcing the Trojans to punt, Lane found Walker again. This time it was for 45 yards. Walker caught eight passes in the first half for 193 yards. Brown had 12 rushes for 121 and Perry rushed for 30 yards on four carries. Lane was 10-13 for 222 yards during that span.

Walker’s score made it 28-16. It also set up the aforementioned third-quarter scene already mentioned.

The Demons improved to 5-0 with the win while the Trojans slipped to 5-1. 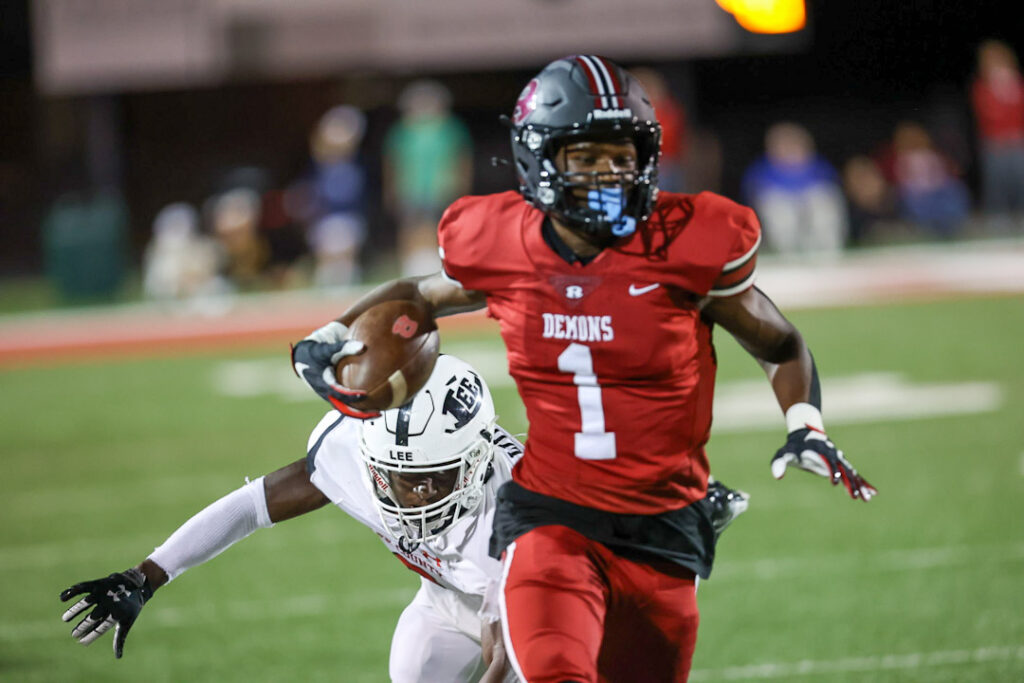 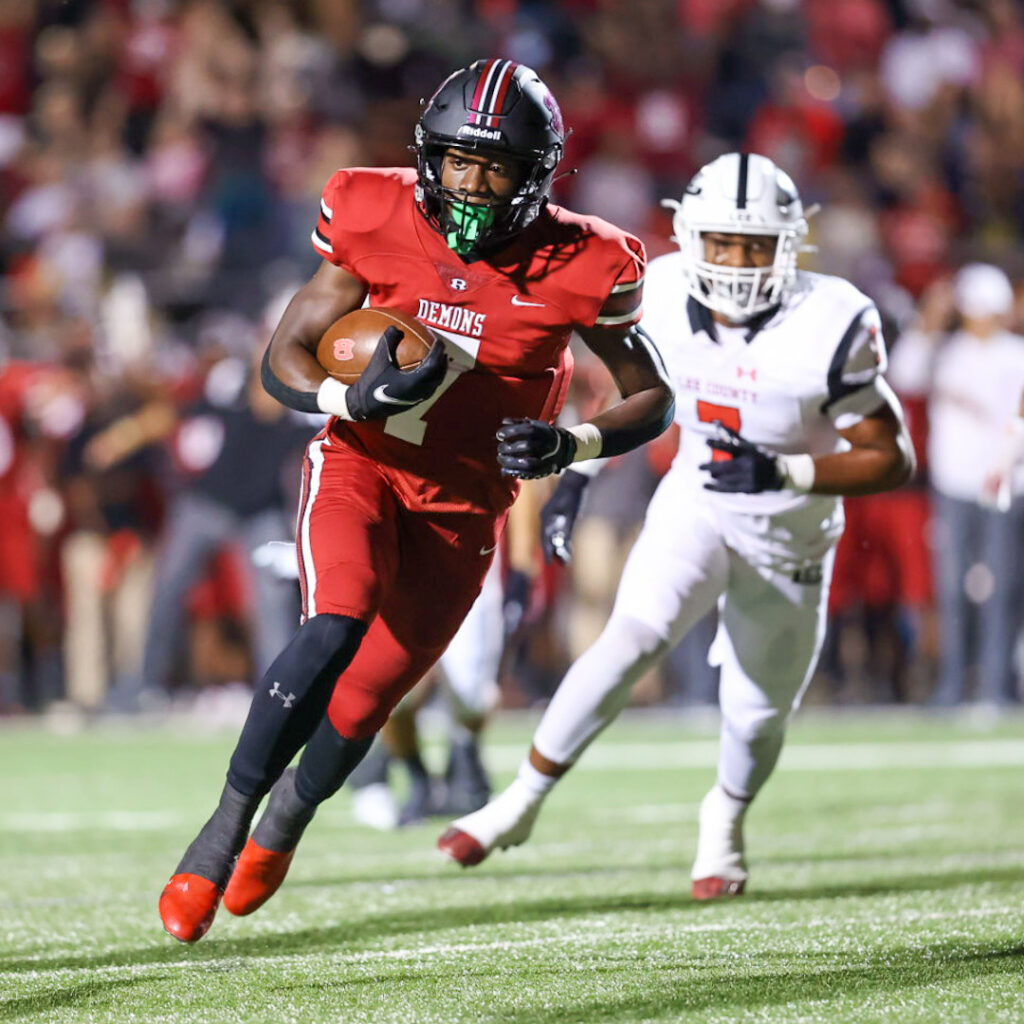 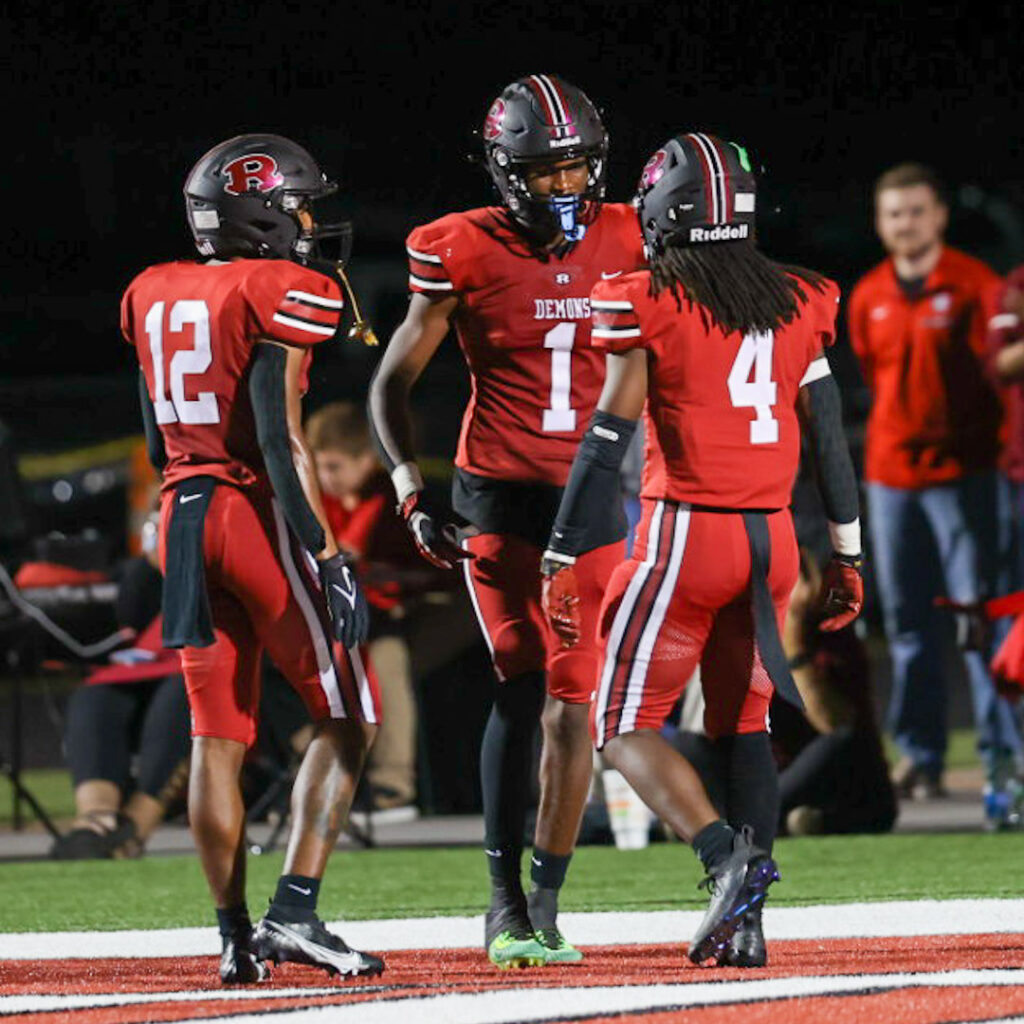