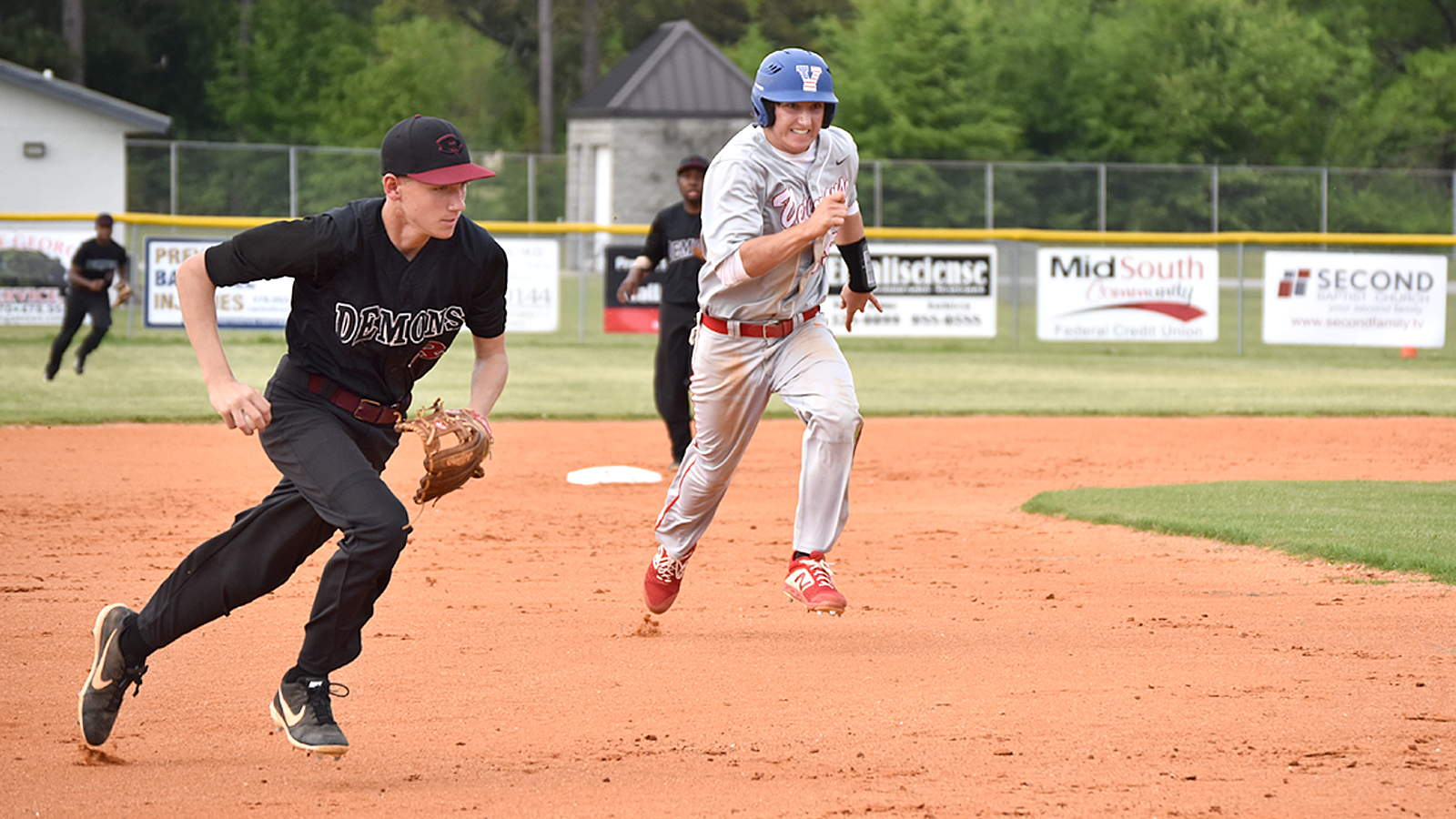 It was only one win, but it may have been a much-needed win for Warner Robins in terms of momentum as the end of the regular season draws near.

The Demons beat Veterans 5-4. They did so on Andrew McGee’s double in the bottom of the eighth that brought home Reece Page. Page had walked to start the inning and moved to second on Cameron Burke’s single.

Warner Robins started the game with a pair of runs in the first. The Warhawks tied it with one in the second and one in the third.

The Demons again went ahead in the sixth with a run but Veterans sent it into extra innings with one in its half of the seventh. It also appeared as if it might win with a run in the top of the eight.

Not that it helped but the Warhawks did have the most hits – 8-6.

Clifford Pless and Mark Lauritsen each had two of those with four trips to the plate. Wylde Wilkerson had the only RBI. He was 1-3 with a walk and a run scored.

For the Demons, McGee was the offensive star. He was 2-3 with a walk and three driven in.

Warner Robins used three pitchers in the effort: Trevor Bland, Maxx Bass and McGee. Bland worked five and two-thirds innings. He gave up seven hits, three runs, struck out five and walked three. Bass worked a perfect inning and a third and McGee one inning of one-hit ball. He struck out two and walked two.

Blake Ethridge worked five and a third. He gave up four hits, three runs, struck out 10 and walked four. Krane Ramey worked the final one and two-thirds with two hits, two runs, one strikeout and one walk. 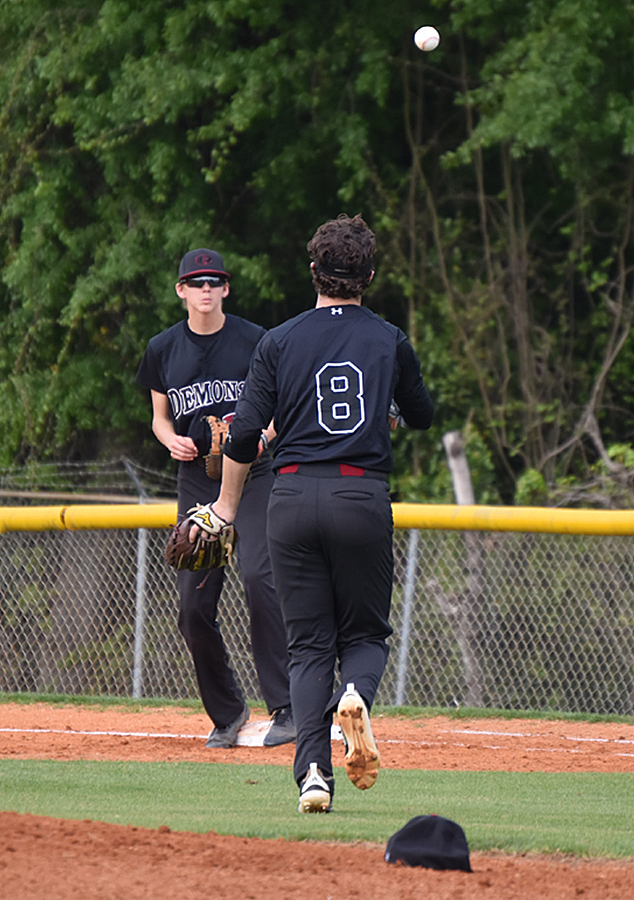 Veterans also came into the doubleheader looking for momentum – and wins. It had only one in 1-AAAAA coming in, and that was over Warner Robins back on Feb. 26 (6-3).

It did take the opener thanks to the pitching gem of Hunter Varnadoe. He threw a complete-game, four-hit shutout – 6-0. He also struck out seven while only walking one.

He got some help offensively from Lauritsen, who was 1-3 with a walk, and driving in two with the hit.

McGee was 2-2 to lead the Demons. He also pitched two and two-thirds innings of no-hit ball – but an unearned run. Page took the loss with four and a third innings of work. He gave up the Warhawks’ seven hits, struck out two and walked two.

All told, it left Veterans at 2-8 in the region, 8-17 overall, with a doubleheader left to play against Bainbridge Thursday (April 18).

Elsewhere, Houston County swept Northside at home for a pair of Region 1-AAAAAA wins. The Bears won 9-0, 9-1. It was also a “season” sweep as the Bears beat the Eagles 11-0 back on April 9.

Dawson also helped his cause at the plate – the Bears scored one in the first and four in both the third and fifth. He went 3-3 with two RBIs and two runs scored. Coleman Willis was only 1-3 but the one was a homerun that drove in two.

Houston County used three pitchers in the effort: Willis, Cameron Jones and Trent Ringer. Willis went three. He gave up the hits, the run, struck out one and walked two. Jones threw three without a hit – a walk his only blemish – and Ringer worked a perfect one.

Tyler Wilson for Northside, on the other hand, was touched up for eight hits and seven runs in four innings. Andrew Heinisch gave up two more in two innings of work.

Corbet Luna was also 3-4 with three RBIs for the Bears, who scored four in the second, two in the fourth and three in the fifth. Jones was also 2-4 with three driven in.

And finally, Perry couldn’t get past two three-run innings by Mary Persons – the second and fourth – and fell 6-4. That gave the Bulldogs a 2-1 “games” win advantage over the Panthers. It also left them at the top of the standings with West Laurens. Both are 9-3 (Mary Persons 20-7 overall and West Laurens 20-6).

It closes out the regular season with a three-game series against Spalding (3-7) beginning Monday (Wednesday and Friday). 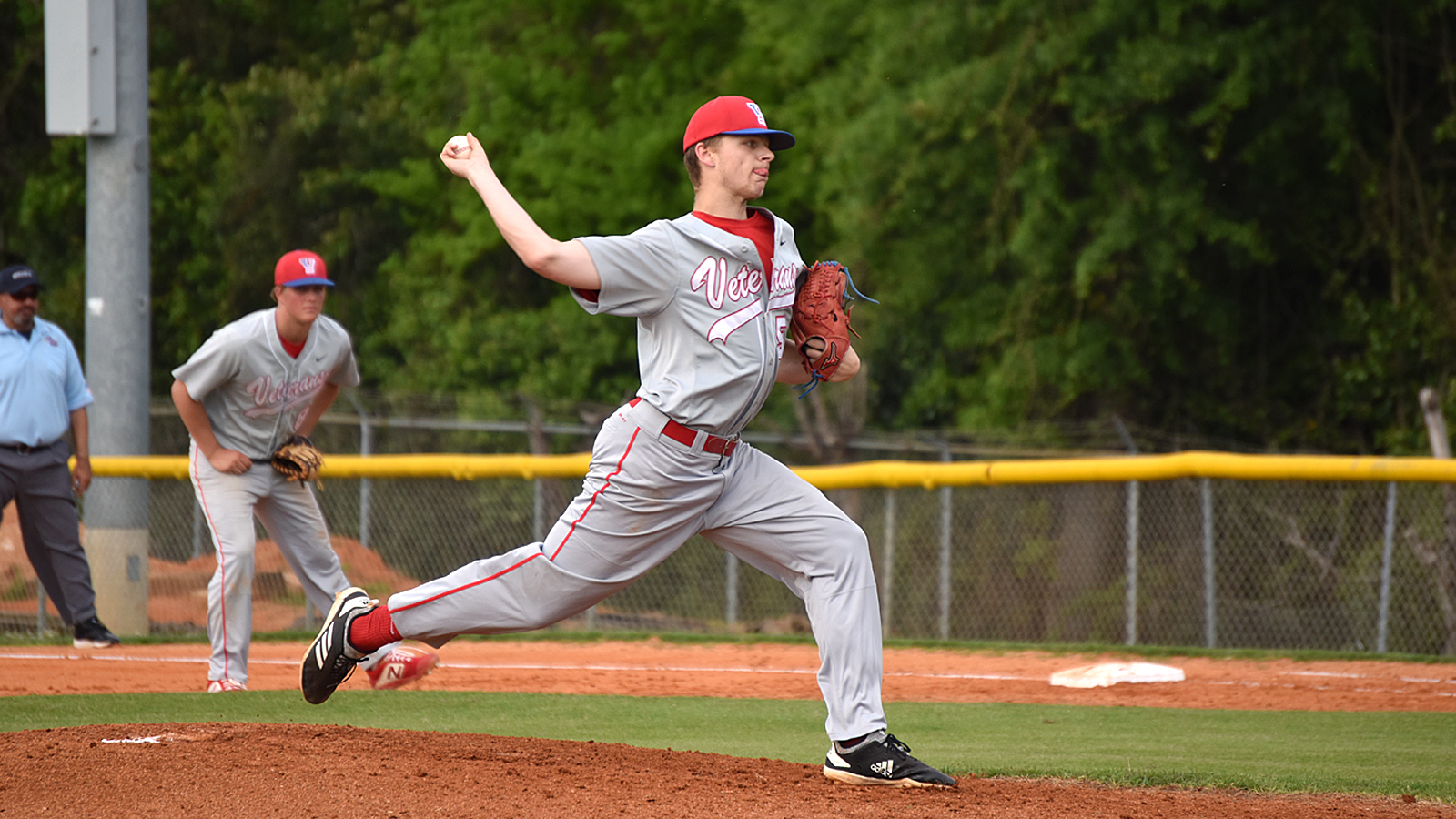