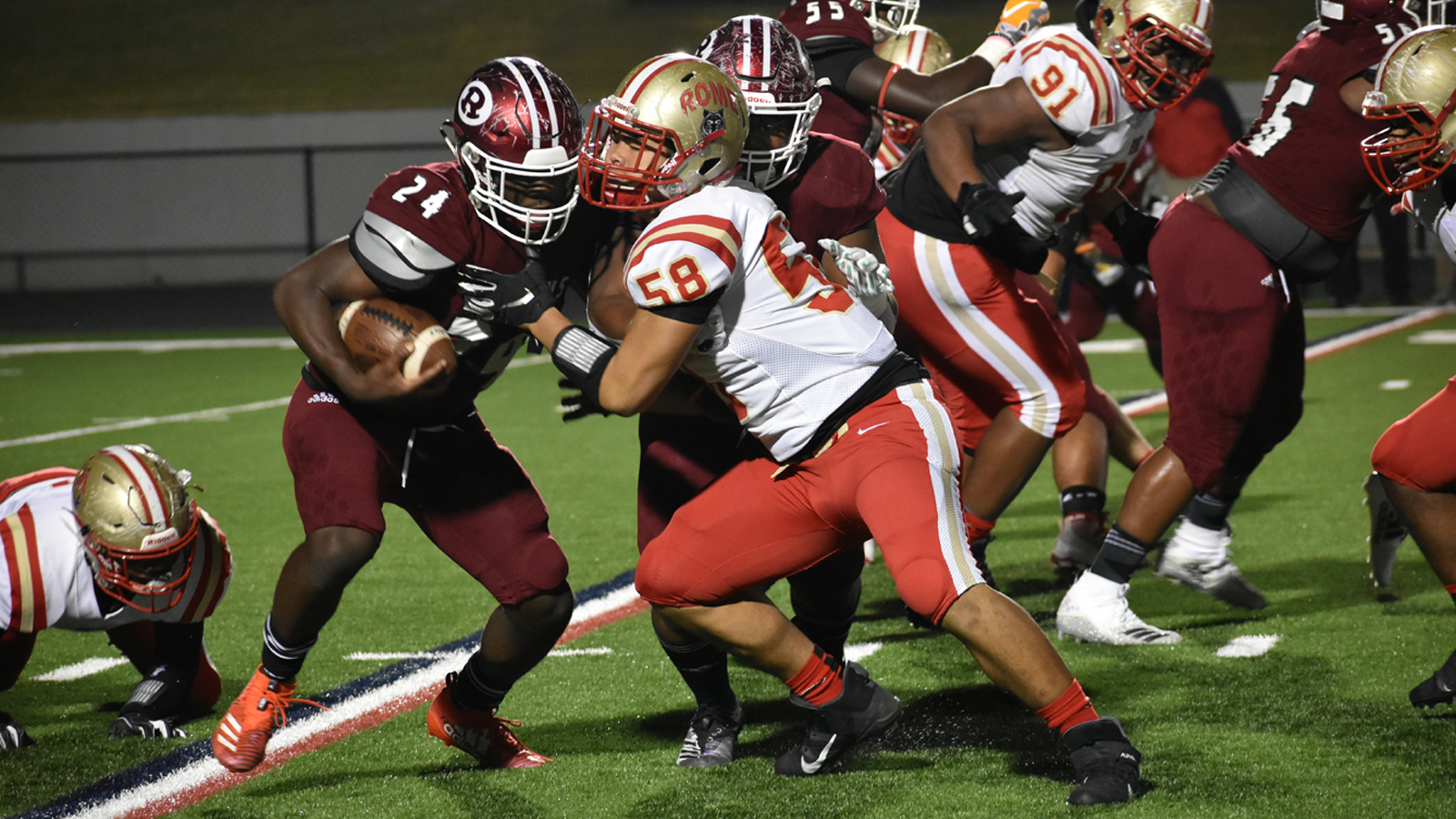 That’s how close it came to scoring, setting up the opportunity for a two-point conversion, and had it made that, would have tied the game and sent it into overtime. Instead, after going 77 yards on 12 plays, on the 13th, it took the snap with eight seconds showing, completed a pass in the middle of the field and heard the horn as time ran out. 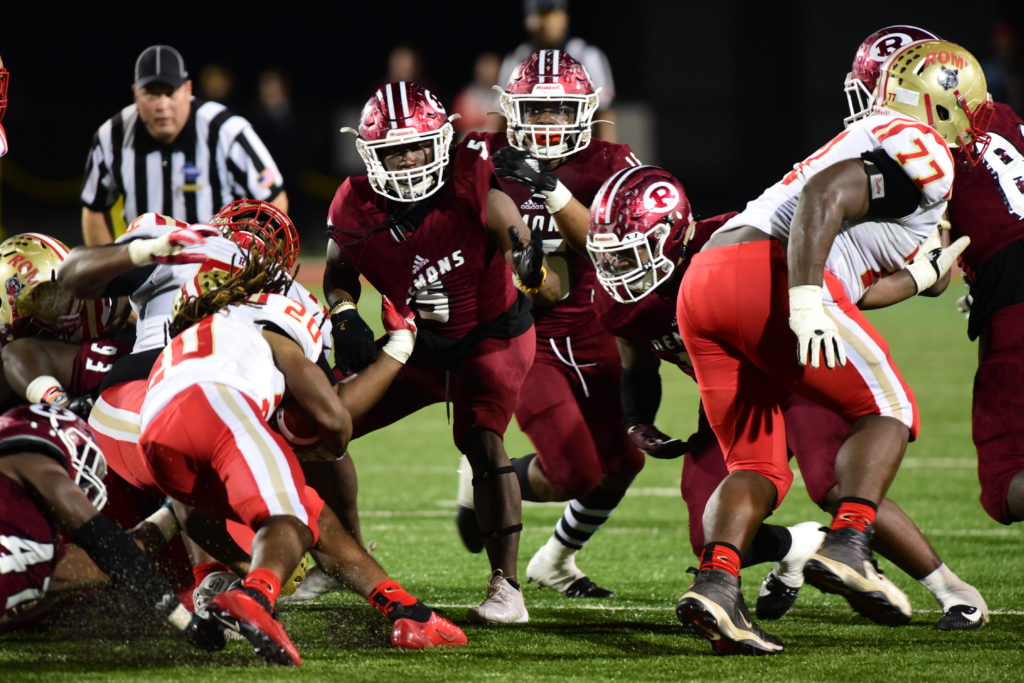 Warner Robins started the game with a pair of punts while the Wolves missed a field goal on their first possession and punted on their second.

The Demons then put together two scores to make it 12-0. The first score came on a six-play drive that went 78 yards and was finished off by Ahmad Walker on a 15-yard run. The second, set up by a fumble recovery, was on a three-play, 43-yard drive. James Smith ended it with a four-yard run. (The point after was blocked following the first score and the two-point try unsuccessful on the second.)

Both punted following that – the game moving into the second quarter – before Rome put together a five-play drive that went 99 yards. It was finished off via an 11-yard run by Rahijah Blackwell.

The Wolves missed a 37-yard field goal as time ran out in the second to leave it 12-7, Demons. 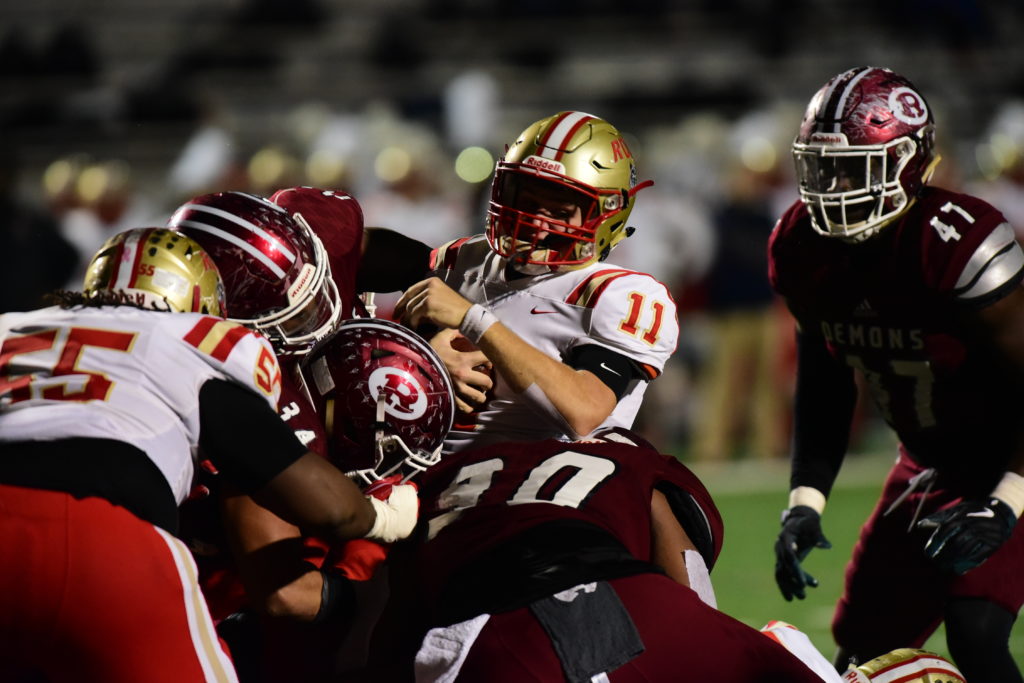 Both punted to start the third. (Note: Not that they weren’t moving the ball. Warner Robins had 200 yards of offense in the first half, Rome 247 and both finished with more than 400 – 412 for the Demons, 474 for the Wolves.)

Warner Robins, with a Wolves punt sandwiched in between, then put together two scores to finally gain some distance. The first was on a three-yard run by quarterback Jalen Addie that finished off a three-play, 73-yard drive. It came with nine seconds left in the third.

The second was on a 23-yard run by Walker. It was the culmination of a drive that started on the 27 and needed just three plays to fulfillment.

Both punted again before Rome put together a six-play, 88-yard drive that ended with a pass from Caleb Ellard to Adam Peterson from the 17. It went for the point after and made it, to make it the 25-17 and, following a Warner Robins punt, set up the aforementioned drive that came up short. 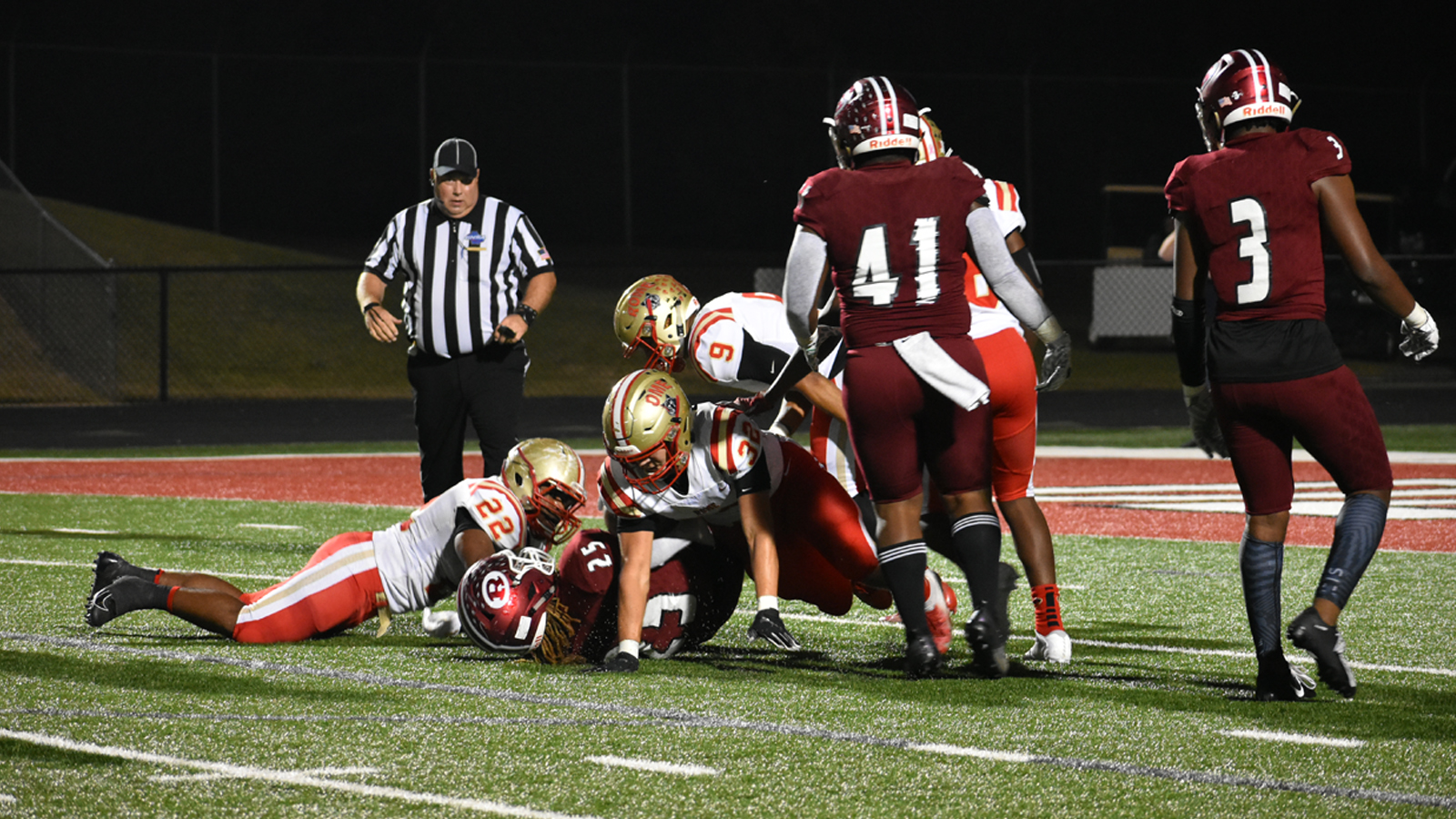 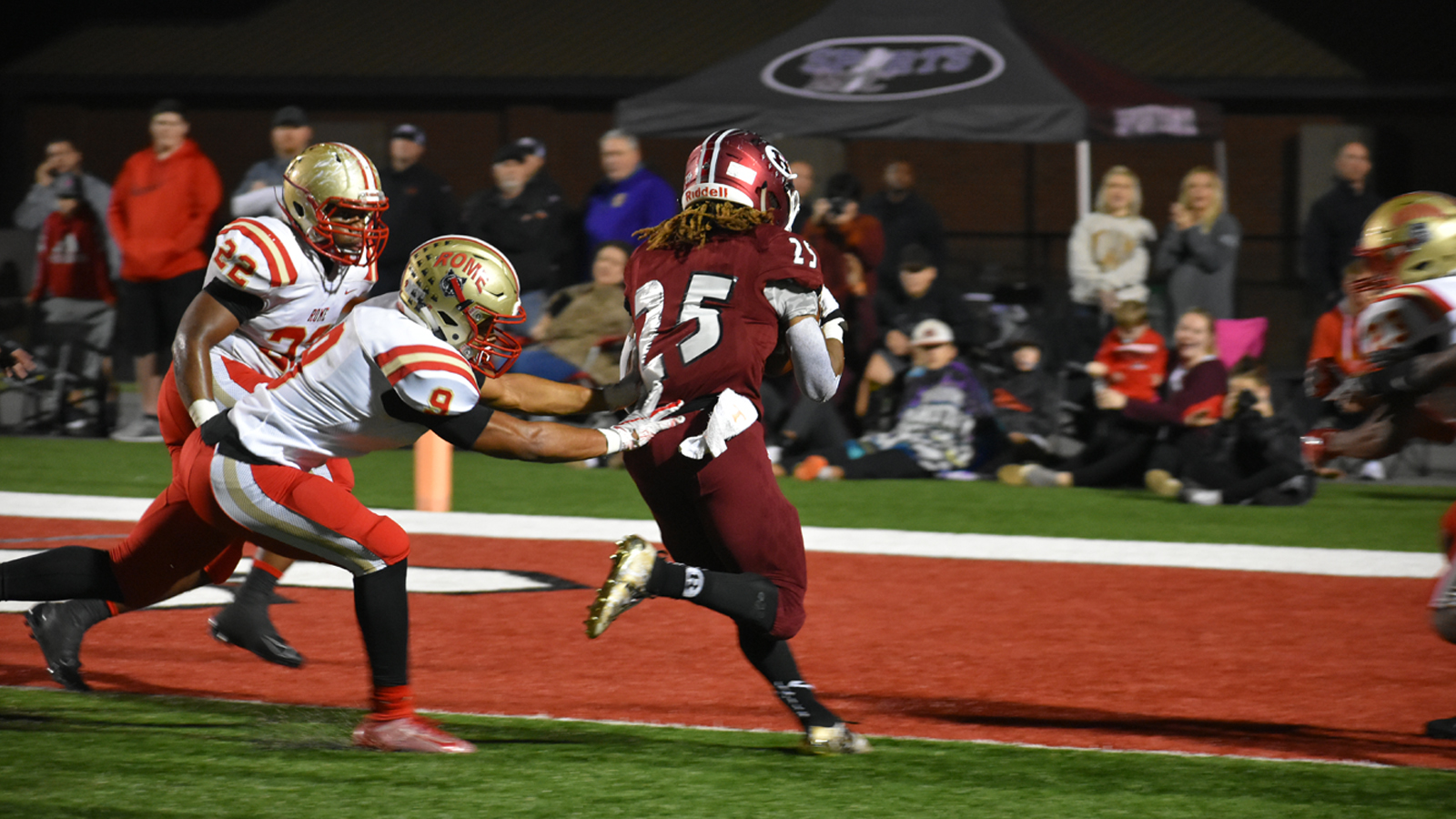 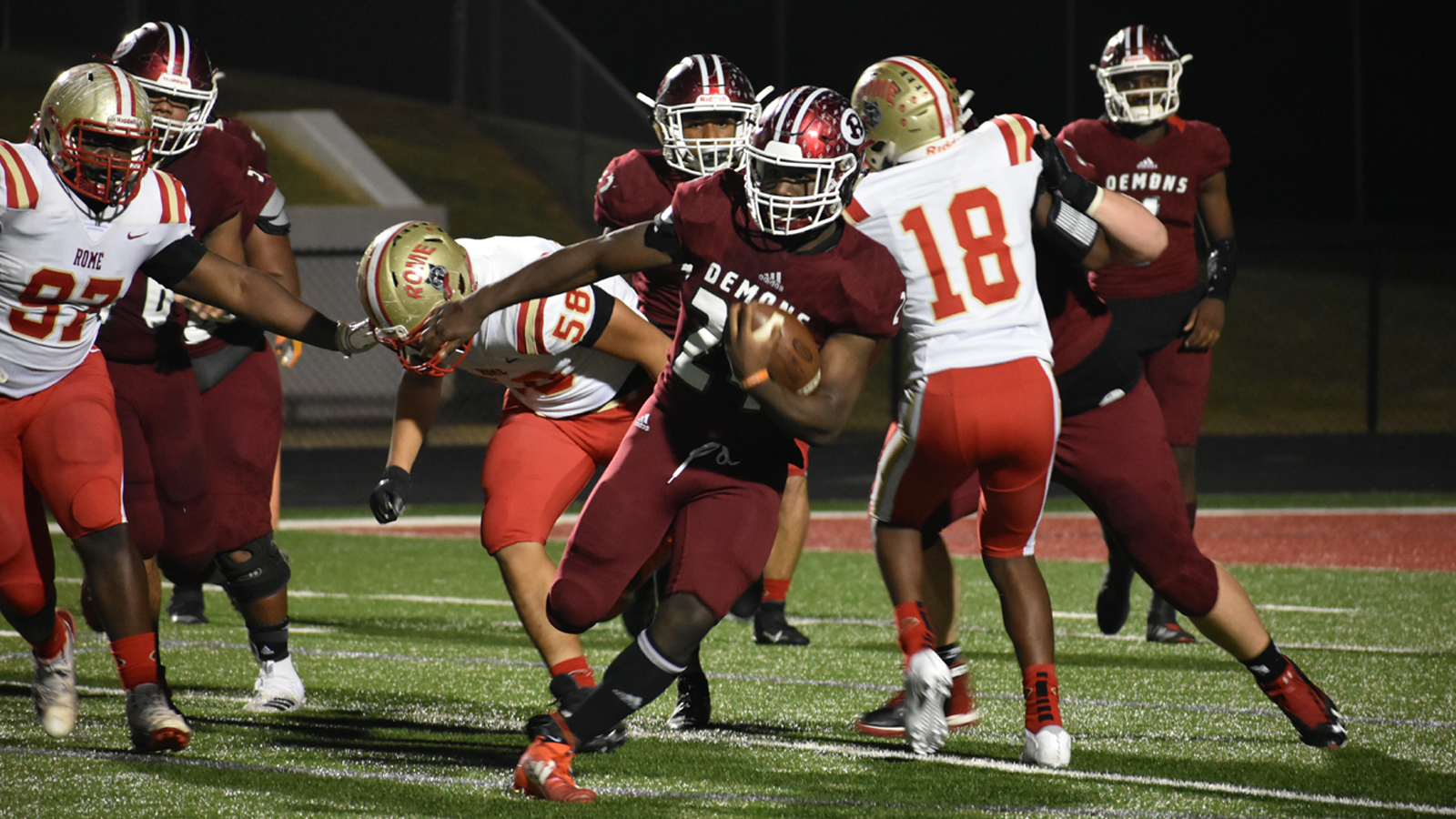