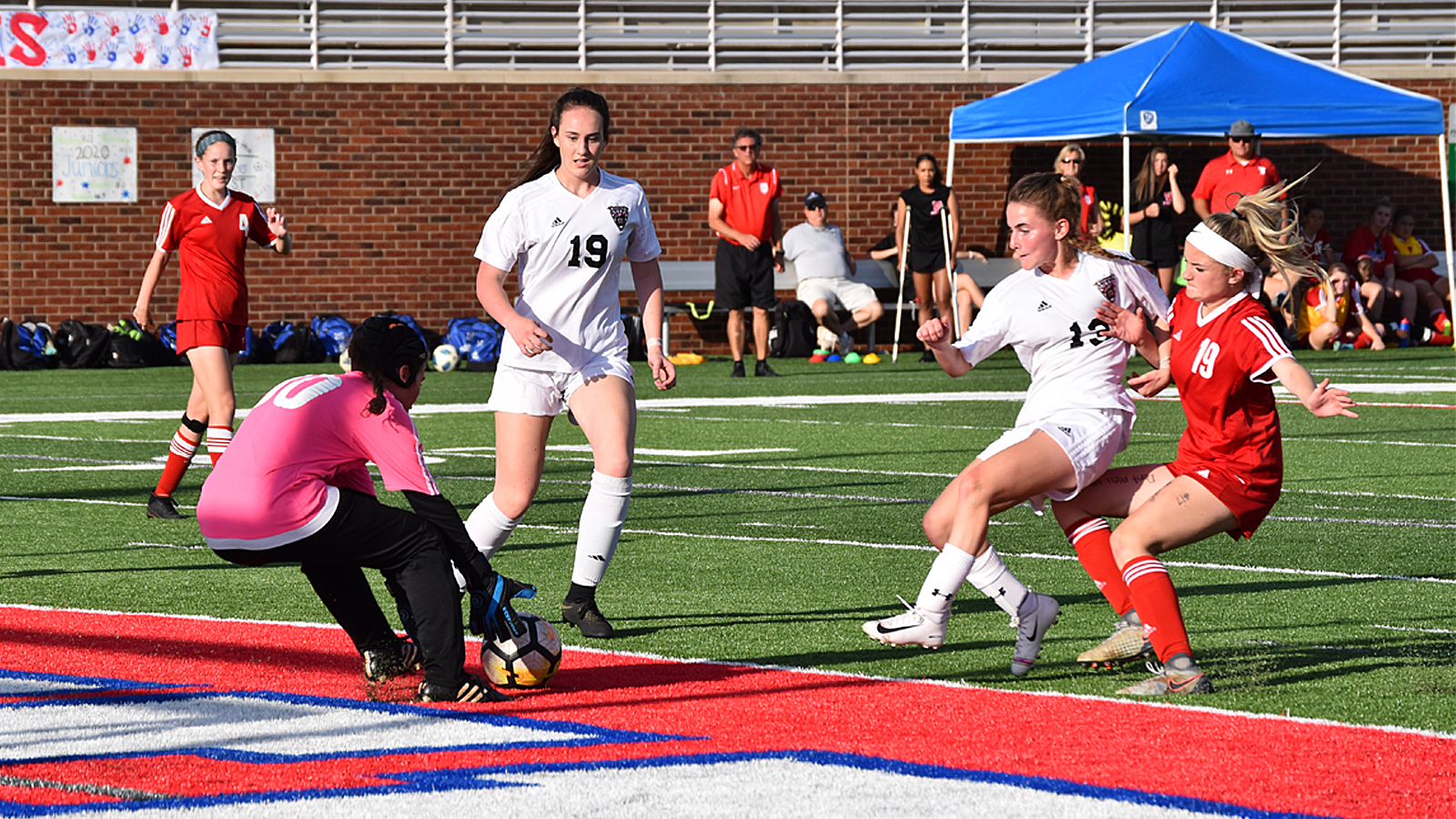 To say that Veterans and Whitewater’s game was tense would be an understatement – a major understatement. When every – to repeat: “every” – ball is contended on both sides with as much aggressiveness as the officials would allow, which was a lot, it was nothing but tense.

However, when the Lady Warhawks, trailing 2-0 at the time, scored with 3:14 left to play, tense went to a whole new level. That was also the moment the fans, watching their hopes of a state championship fade with every tick of the clock, came to life like a crowd watching gladiators – lady gladiators – fight it out in the coliseum.

Veterans had two more solid chances after that, but the Lady Wildcats didn’t get the title “defending Class AAAAA champions” for nothing.

They knew how to deal with the pressure: namely to clear it out of bounds left and right and/or kick it long to the Veterans side of the field. That worked. They won, 2-1, and move on to the Elite Eight.

Both of Whitewater’s goals came in the first half and off corner kicks. The first came at 18:36. It was a perfect lob to the middle where it was headed in. The second was a not-so-perfect lob, but it made it to the middle where about a half dozen feet – some frantically trying to kick it out, others desperately trying to kick it in – took a swipe at it before it was finally tapped in.

The Lady Wildcats finished with eight shots on goal in the first half. Veterans had 10. Both had at least what you would call “golden opportunities”. Three of those came back-to-back-to-back at the 26:50 mark. The first shot was fielded by the keeper but also put her on the ground. The other two shots then were kicked out by her teammates. 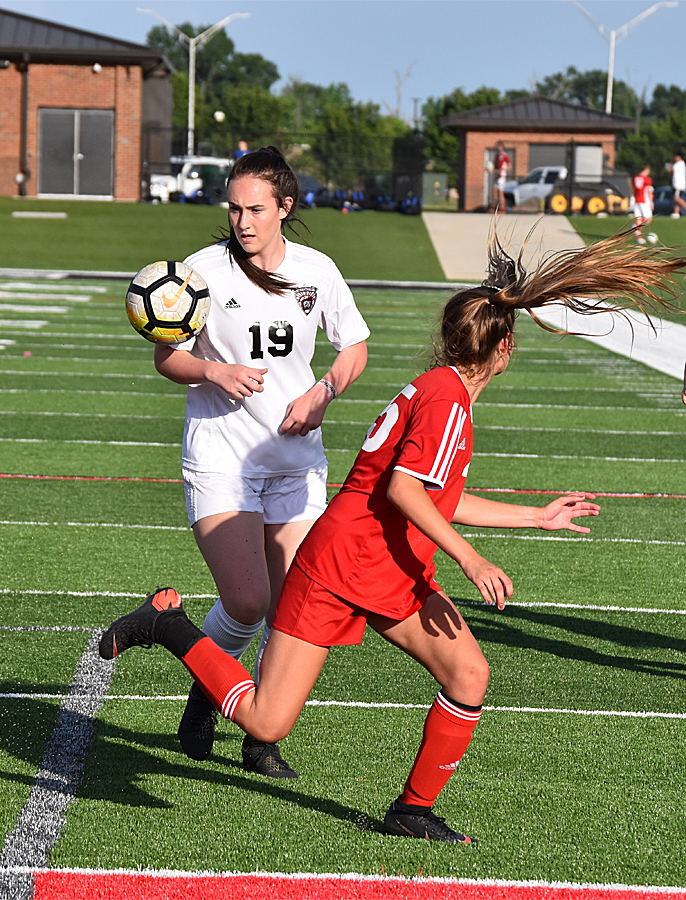 The Lady Warhawks also had a great opportunity at 21:42 when Brenley Townsend took a lob pass over a defender’s head from Anna Luque. That put her in a one-on-one but she shot it over the bar.

Several times Danielle Coumbs broke loose from a defender. Once she shot it over the top. Once she hit the side of the net and once her header went straight into the keeper’s arms.

Townsend came as close as anybody could come to scoring when with 15:33 left in the half she hit the crossbar and had it shoot straight down but spin out instead of in.

Veterans had the first five shots/opportunities of the second half, but still had no luck. After both swapped a pair of opportunities – twice – Coumbs got free again. This time she got the keeper to guess left while she went right for the score. Again, the suspense at that point was such you couldn’t cut it with a knife – too thick – but that alone wasn’t quite enough to get the Lady Warhawks to where they wanted to be.

Unfortunately, Veterans’ boys couldn’t exact a little revenge on the Whitewater boys. The Warhawks fell 4-2, although it took overtime and three goals by the visitor to accomplish that. Veterans finished its year 11-9-0 as a result of the loss. Whitewater continued on at 13-3-4.

Elsewhere, Perry’s boys lost at Woodward Academy 6-0 in the Class AAAA Sweet 16. That brings the Panthers’ season to an end at to end their season at 12-8-0. Woodward improved to 14-6. 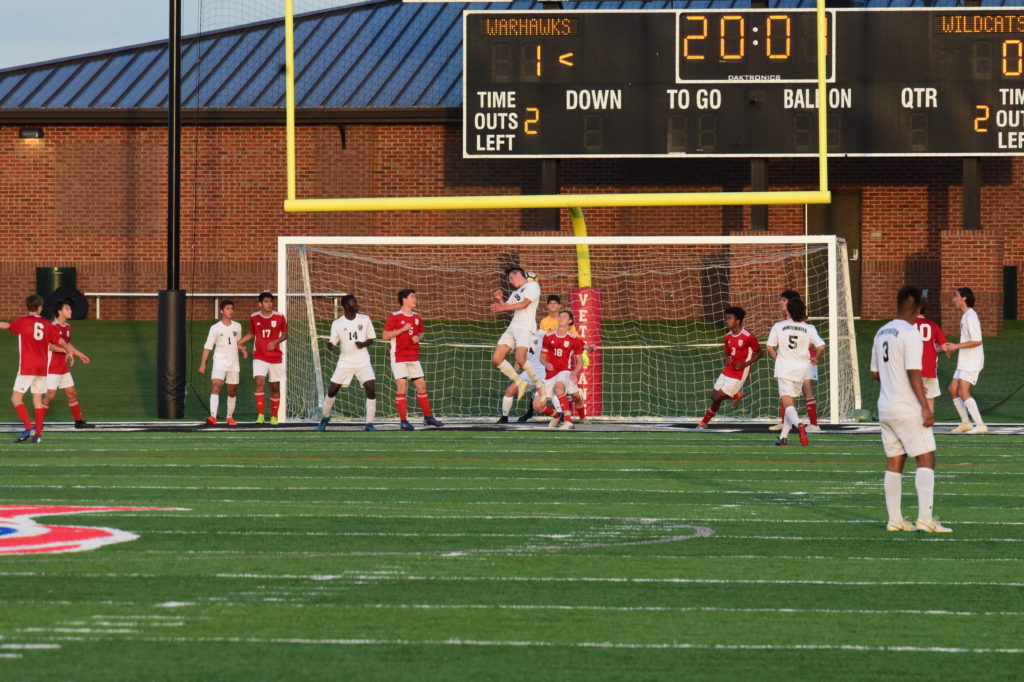