‘You’ are the greatest … Now tell them! 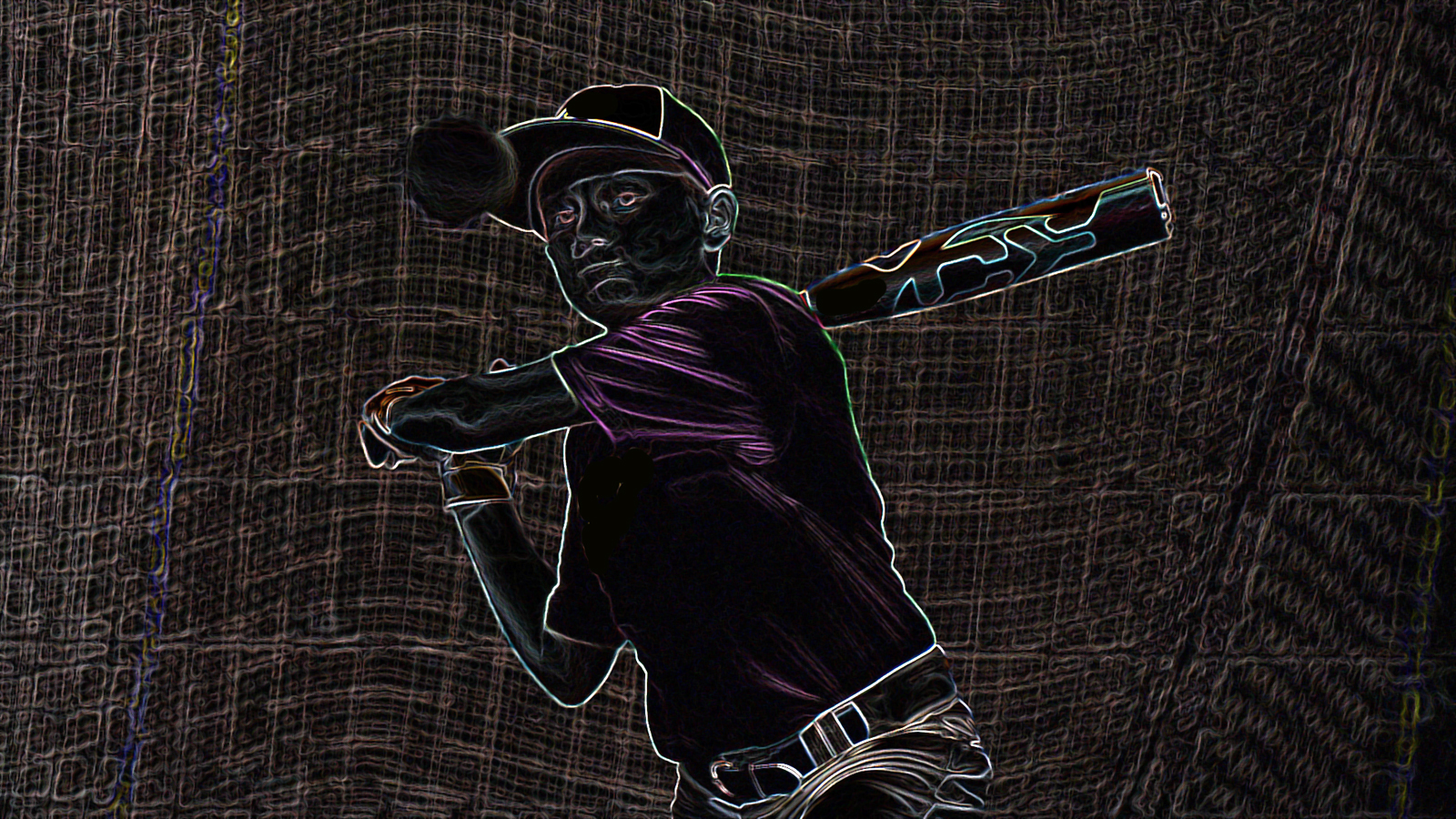 “Little boy in a baseball hat stands in the field with his ball and bat.
“Says, ‘I am the greatest player of them all.’
“Puts his bat in his shoulder and he tosses up his ball.
“And the ball goes up and the ball comes down.
“Swings his bat all the way around.
“The world so still you can hear the sound, the baseball falls to the ground.”

Thank you Mr. Gone-but-not-forgotten Kenny Rogers for that. I love that song. I relate to that song. It’s my song. (Oh don’t worry. I’m not so arrogant/prideful/naïve as to attempt to take away ownership from the thousands of you who feel just as strongly the same way.)

I just remember from the time I was like 8 years old and Centerville was a Sawyer Brown song … “I’ll take the dirt road-it’s all I know …” I have loved baseball.

The night before “game day” was spent sleeping cuddled up next to my glove. (Actually most nights … Who needs a Teddy Bear when you’ve got Rawlings!) The day of was occupied with countless thoughts dancing in my head. “It’s gonna be so great. We’re gonna get to hit and run and catch and feel and smell and …”

Unless … “Oh curse you Georgia and your late-afternoon rain showers!” I watch from our huge picture-glass window. (Oh the misery! Why did it have to be as big as a drive-in movie theater screen!) I see those clouds begin to move in. I don’t know God (at the time) but I pray to Him. “God. Please don’t let it rain. Please … (I need this or I’ll just die) … Please …” He doesn’t listen. Rain starts to fall. I still cling to hope. “Okay, that’s cool God. You can let it rain. Just don’t let it rain too much. Please … Please.” He ignores me. You “locals” know the drill. It’s a repeat of Noah’s ark.

Even then. Even seeing the drainage ditch out by the road, at least three-feet deep (and a nice swimming hole at other times), fill up, I hang onto a sliver of chance. Perhaps they will still have it. (Per chance they are as determined as me and believe playing in six inches of water is perfectly acceptable.)

Then that black, rotary-dialed dinosaur begins to ring … It is not a stay from the governor’s office.

Oh, but when it all fell into place …

“Now the little boy doesn’t say a word, picks up his ball he is undeterred.
“Says, ‘I am the greatest that there has ever been.
“And he grits his teeth and he tries again.
“And the ball goes up and the ball comes down,
“Swings his bat all the way around.
“The world so still you can hear the sound, the baseball falls to the ground.”

I wonder today, outside of myself, a grown man – and then some … 20 years in the Air Force, editor, pastor, yada, yada … Does that little boy still exist?

In 2000, still in my first year as sports editor for The Daily Sun, a parent visited me at the office. I had made an intense effort not to duplicate our mothership, The Telegraph, with “national” sports but instead had focused on having all “local” sports. (Minus the Braves. You can never have too much stuff about the Braves.) Along with high school reports, I had the go-gettiveness to go over to the recreation department (those are some good folks by the way) and generate Midget football box scores. Oh that somebody would have popped me upside my head and said: “What were you thinking!”

At any rate, I found out soon enough. The aforementioned parent … “mom” … wanted to know when I was going to do a story on the “Mite” Vikings? They are “8-0” by the way.

Cue the theme for “Jaws”. See: “first year as sports editor”. They didn’t teach you those things in the Air Force. I got et (sic).

So I tell you that story in order to then fast-forward to a few months ago and watching my grandson play at the same age level. He, though nearly twice as big as everybody else on the team, was too busy staying hydrated (aka playing with the water cooler) and drawing in the dirt to care about football. (If he ever does form a love for the game. And if he grows up to look anything like his old man, look out!)

At any rate, it gave me a good chance to look around and observe. And there she was. She was in a different shape and size … sex … but rest assured, it was her. She was building that portfolio. She was picking out the college, setting up the scholarship signing and anticipating which NFL team would pay the most for her prized possession.

I add in all those years in between when I came across her … “him” … at high school games even (typically found yelling at another parent). I see her … him … celebrating when such and such athlete signed a (insert a number)-million-dollar contract.

Back when I did a little radio, I interviewed what felt like dozens of high school student athletes who had a love for the game, but at the same time I’m well aware of how easily innocence can be stolen and the young can be preyed upon. Especially when they’re outside the protection of our local coaches.

Thus, I deem, and I think you know I could add to my case if I needed to (but I’m actually trying to move to a positive, not leave this in the realm of the negative), it a valid question:

Does that little boy still exist?

“He makes no excuses he shows no fear.
“He just closes his eyes and listens to the cheers.
“Little boy he adjusts his hat, picks up his ball, stares at his bat
“Says ‘I am the greatest when the game is on the line.’
“And he gives his all one last time.
“And the ball goes up and the moon so bright.
“Swings his bat with all his might.”
“The world’s as still as still can be, the baseball falls
And that’s strike three.”

What would happen if, during this time of coronavirus threats and fears and empty fields and bleachers? These days when the fans are on mute?

What would happen if you saw the silence as a chance? A chance to tell about when you had a 3-2 count, the bases were loaded, and you knew the fastball was coming. An opportunity to tell about chasing the quarterback down on a rainy Georgia night, the two of you locked together, as secure as every athletic facility from here to California, sliding across the grass – sacked – the feel of it, the taste of dirty water and dirtier mud as it spattered across your face.

Oh the stories you could tell! Oh the beautiful memories you hold as ransom!

How would they sound? A little like this I would suspect …