Is Georgia Poised To Take Their Turn? 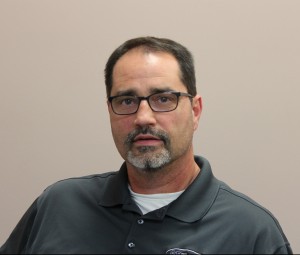 Many of us were taught as children that turnabout is fair play.  As the youngest of four boys I can tell you, for sure,  you have to take your turn or you won’t get a turn.  At my house making a stand always came with a price, usually physical.  After coming up short in the black out (2008) and the battle of Atlanta (2012 SEC Championship), many Georgia fans feel that it’s time for the Dawgs to take their turn at the top of the SEC.  Alabama,

however, is a stingy playground bully, and if the red and black are to be successful Saturday, they will have to do just that, take it.  If the Dawgs can’t find a way to match Alabama’s physical play in the red out, then Georgia fans, myself included, will be looking for the white out to cover up Sunday’s headlines.

With eighteen five-star athletes, twice as many as the closest SEC team, Alabama has plenty of talent.  Yes, Nick Chubb, Sony Michel and Keith Marshall are a special trio. Alabama, however, counters with Derrick Henry and Georgia native Kenyan Drake. Also, we could see Bo Scarbrough, who may be available for work against Georgia. That’s also a nice trio.  Remember five-star Damien Harris is still on the bench and available to carry the ball for the Tide. At wide receiver, Alabama has one of the best young groups in the country, including five-star Calvin Ridley, ArDarius Stewart, and one of the nation’s best tight ends, OJ Howard.

The Crimson Tide has quarterback transfer Jake Coker, red shirt sophomore Cooper Bateman, and dual threat true Freshman Blake Barnett at QB.  All available and looking to make a name for themselves in the Georgia game. All are capable of a breakout game.  The O line features Sophomore Cam Robinson, who was the number one ranked high school offensive lineman in his class a couple years back.  Ryan Kelly anchors the middle and is one of the premier centers in college football.  Alabama prides itself on power football and can do it just as good or better than Georgia.

Georgia’s offense will find it tough sledding between the tackles where Jared Reed and A’Shawn Robinson will be lurking.  They are, by far, the most formidable DL Georgia has faced in the young season.  Most of the opportunities may be on the corner for Georgia, but the Dawgs’ backs will have to out run All-SEC Reggie Ragland and Reuben Foster who will be pursuing from the linebacker position.  Under Saban, Alabama has allowed a 100 yard rusher only ten times in 112 games. The execution of play action passing will be critical for both teams but absolutely essential for Georgia.

The Crimson Tide is skilled, well coached, and highly motivated.  A team who finds itself desperately needing a win to keep their SEC and playoff hopes alive. Beyond the immediate goal of a battle victory, there are long term war implications on the mind of Saban.  Like General Lee marching into Gettysburg to capture the shoe factory, Saban comes to Athens looking to pillage the fertile recruiting ground that is the State of Georgia.  If the Dawgs can’t hold the high ground Saturday, General Nick may leave with more than a few of our prize athletes and in the process turn the tide of the war.

There is no “turnabout is fair play” rule in college football.  It’s your “turn” when the team can execute, avoid turnovers, get three and outs,  score points and play solid on special teams.  It will be Georgia’s year when they can consistently do these things.  Until then, it won’t be.  As someone said earlier this week, “(This Season) we have seen Georgia take candy from a baby, now let’s see if they can take a steak from a caveman”.  If the Dawgs want a turn, they need to take it, and the first step is Bama.

Augusta, I Want to Break Up
Bill Curry Speaks To Local Rotary Club