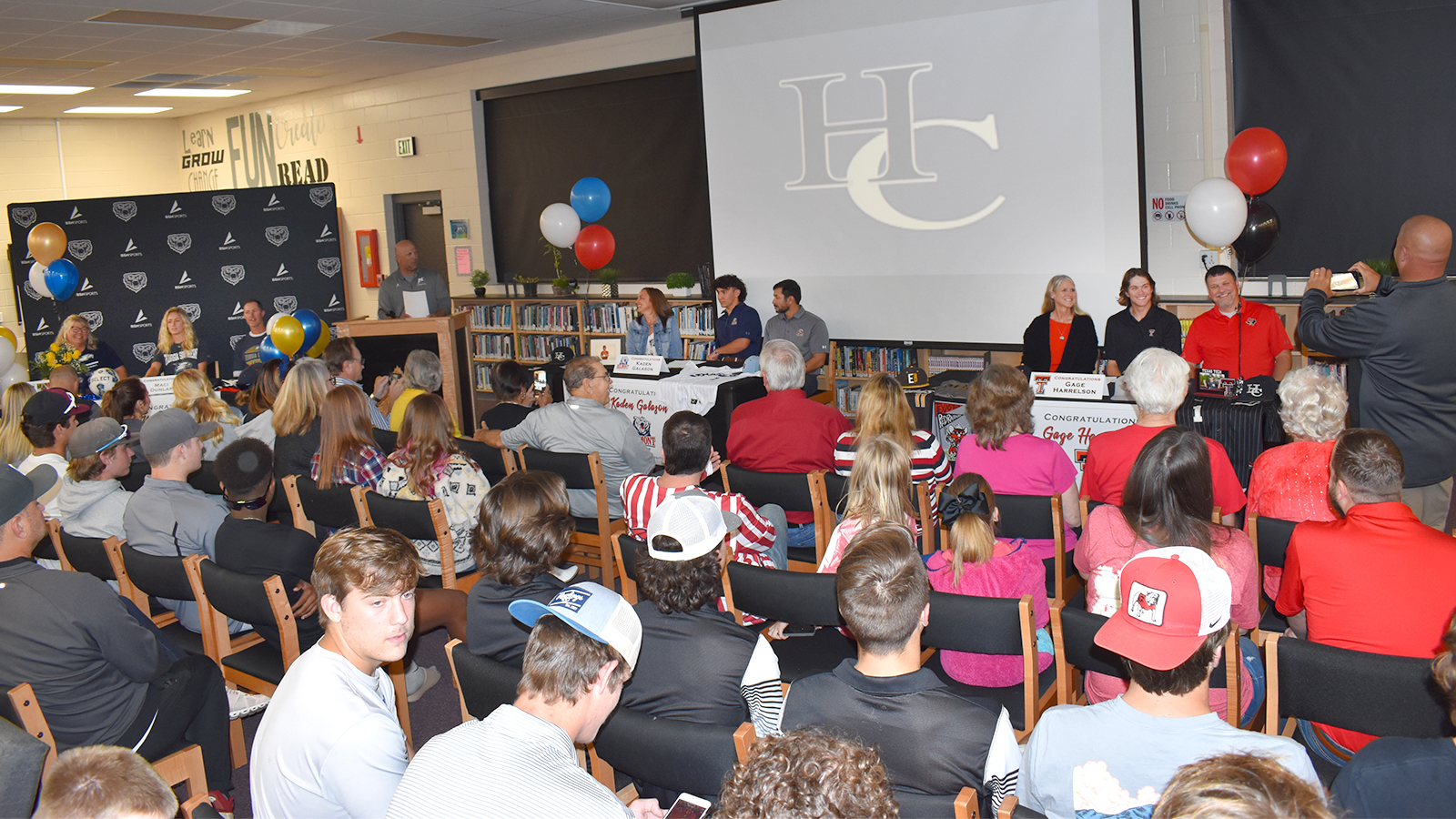 “What a year it has been,” said Lady Bears Head Coach Cassie Ingram – “literally” as she coached Dunlap for one season. “She was one of my captains. She was definitely the stronghold of the back. Had our defense. She was the leader of the team.” A team that won the Region 1-AAAAAA championship and made it to the GHSA Class AAAAAA Elite Eight before falling to eventual champ Johns Creek (and only losing 1-0 to it).

“Maci is such a ray of sunshine,” Ingram continued. “If you meet her, she is always smiling. She is literally the nicest person ever. A very God-fearing woman. She has definitely inspired me to be a better person and if I grow up to be like Maci, I’m achieving something in life.” She continued that Dunlap had a “long list” of achievements and that she could go on and on about, but joked (or maybe she was being literal again) she would cry if she did. She did say that Dunlap was the team’s Most Valuable Player and was selected to the All-State and All-Region teams. “She’s just a phenomenal player. I’m so proud of her.” 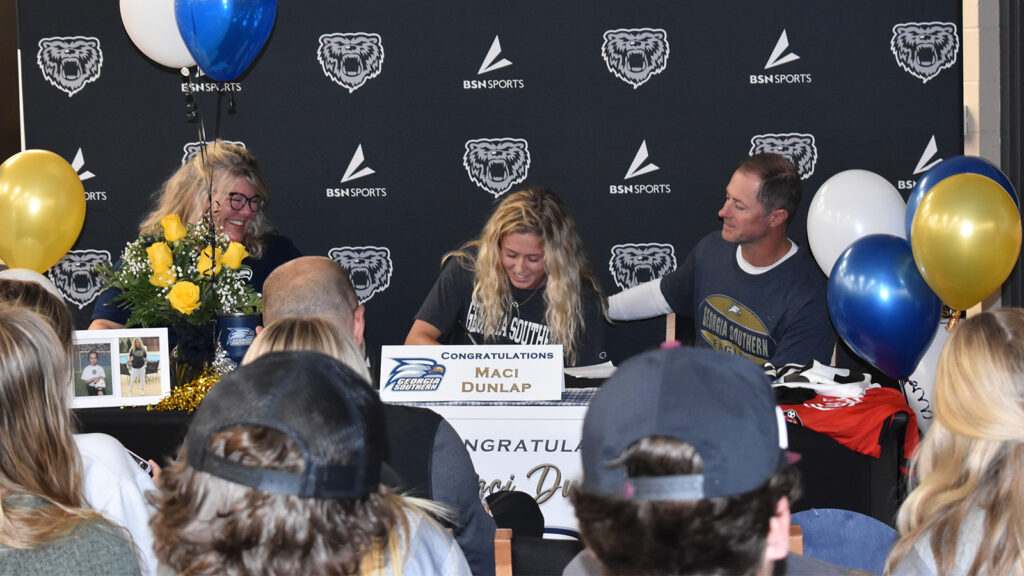 Both Galason and Harrelson, Head Coach Matt Hopkins started, were great teammates. “They loved their brothers. They enjoyed being together. They spent time together even when they’re not supposed to be playing ball … We definitely reaped the rewards from their drive.”

On Galason, who batted .364, is a three-year Honor Roll student, is ranked in the top 300 in the nation, 36th overall as a shortstop and will be joining a Bruins club that finished 22-30 this past year, he said: “The thing about Kaden, is when he came in here, five-foot-nothing, literally nothing pounds. He was all over the place. High energy. But he just hadn’t filled out yet.

“But the one thing I know about Kaden is Kaden is always asking me for advice. Kaden asked me, ‘What can I do to get better?’ I’ll never forget, I told him one time with his fielding, ‘What can I do?’ ‘Well, get a ball, find a wall and throw the ball off the wall and just field and field and field.’ I don’t know how many times I showed up to the field and it was just Kaden. He’s up there throwing the ball off the wall trying to get better. Nobody else is around, and we’ll talk about it … because he is high energy and he’ll be the life of the party at times, but Kaden works when it’s time to work.”

He continued along those lines by saying he saw Galason during the summer after talking about his work at shortstop. He’s there, Hopkins said, with a bucket of balls at short. “Nobody’s out there. There’s a screen at first like we’d shown him at practice and he’s out there grabbing balls and working on footwork throwing balls to first.

“And those are the types of things that will make him successful in life whether baseball works out or not. It’s the drive to get better even when no one else is around. That’s the epitome of what we encourage the guys to do. ‘Are you working when no one’s around? Do you have a D1 ethic and a D1 dream or just a D1 dream?’ Because he had a D1 dream ‘with’ a D1 work ethic, so here he is.” 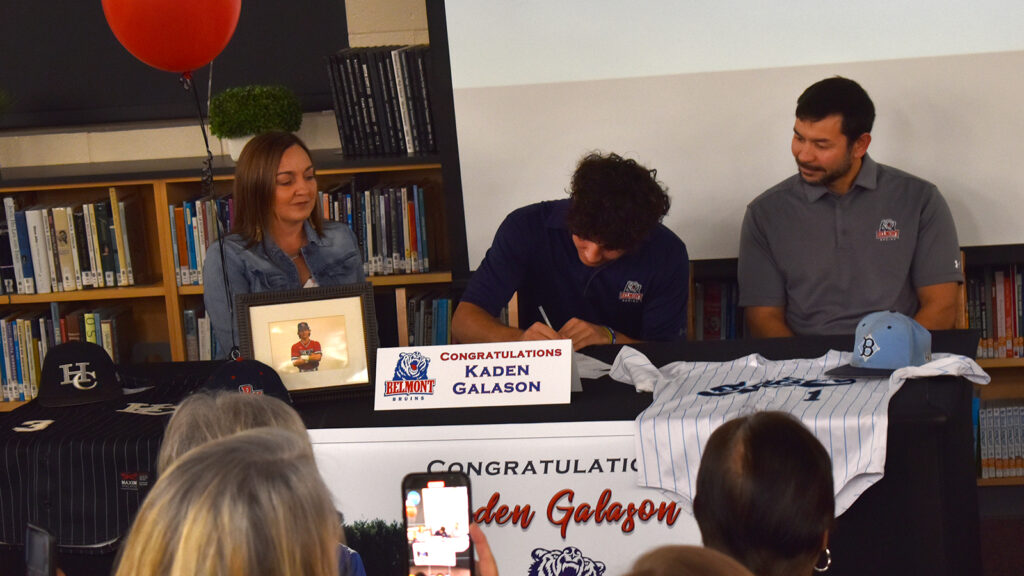 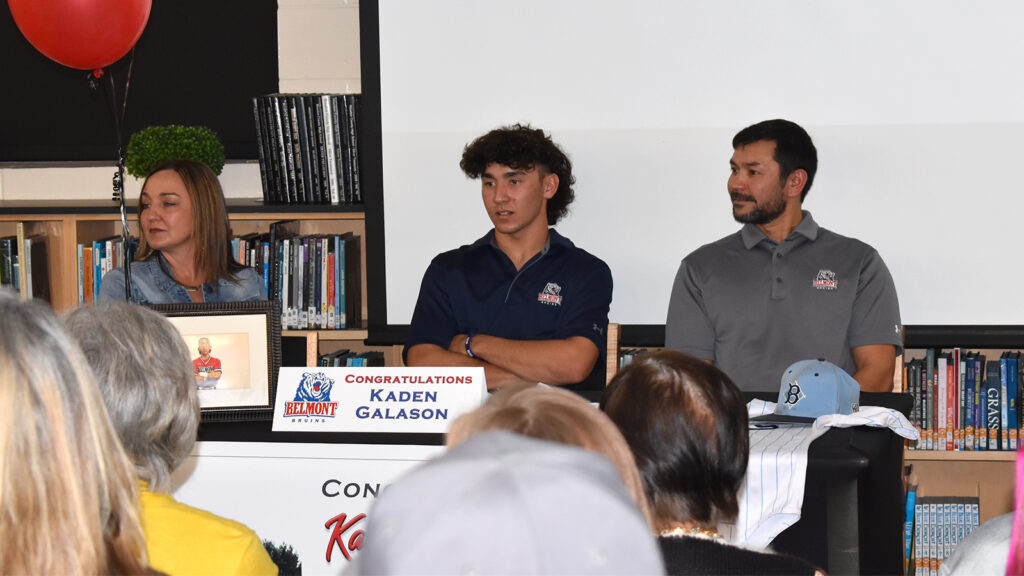 Harrelson’s athletic ability, he said, was on display every time he plays. He finished with a .496 batting average, had 64 hits, 35 stolen bases and scored 55 runs. The last three, Hopkins said, broke school records and the hits were in the Top 10 “all-time” for a season. He was also the Region 1-AAAAAA Co-Player of the Year, the Georgia Dugout state AAAAAA Co-Player of the Year, Perfect Game All-American and Baseball All-American. He, after the upcoming season in which the Bears will have a chance to repeat as state champs, will be joining a Red Raiders team that has won four College World Series.

“I think it’s the same thing I said about Kaden,” Hopkins said, adding he has known Harrelson and his family since he was 3. “Character and the fact they represent themselves and their family the way they do. They love their teammates and they’re genuinely happy when other people have success even if one of them is not. They’re there for their teammates and there for this team to win. Honestly that’s the spirit that took us to state championship last year.

Harrelson, he continued, is “an emotional spark plug. I know there have been multiple times when my wife has been like, ‘It’s so exciting. They jump up. They holler and all this other stuff.’ It does. It really gets the team going and I can’t wait to see what his encore is.” 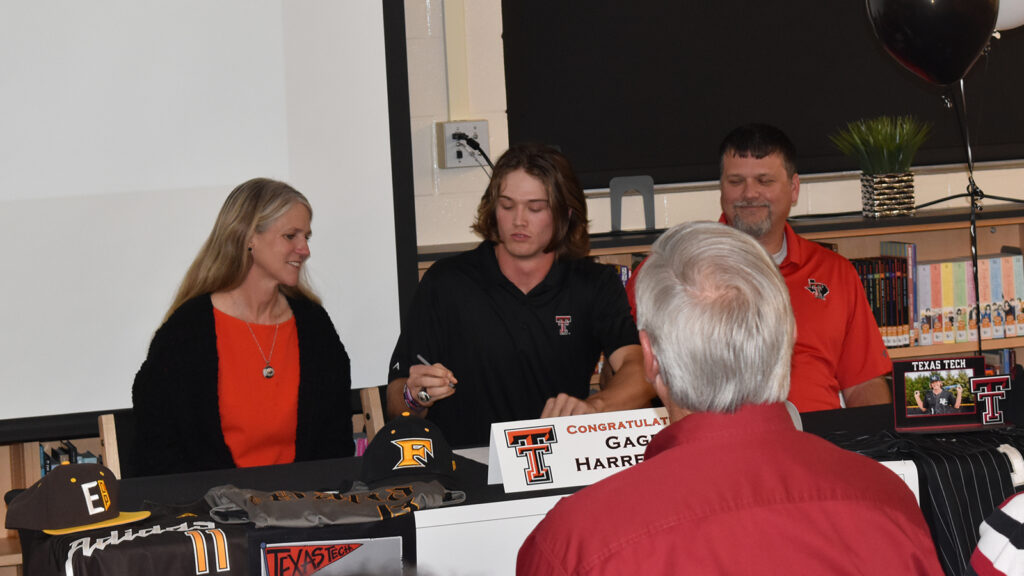 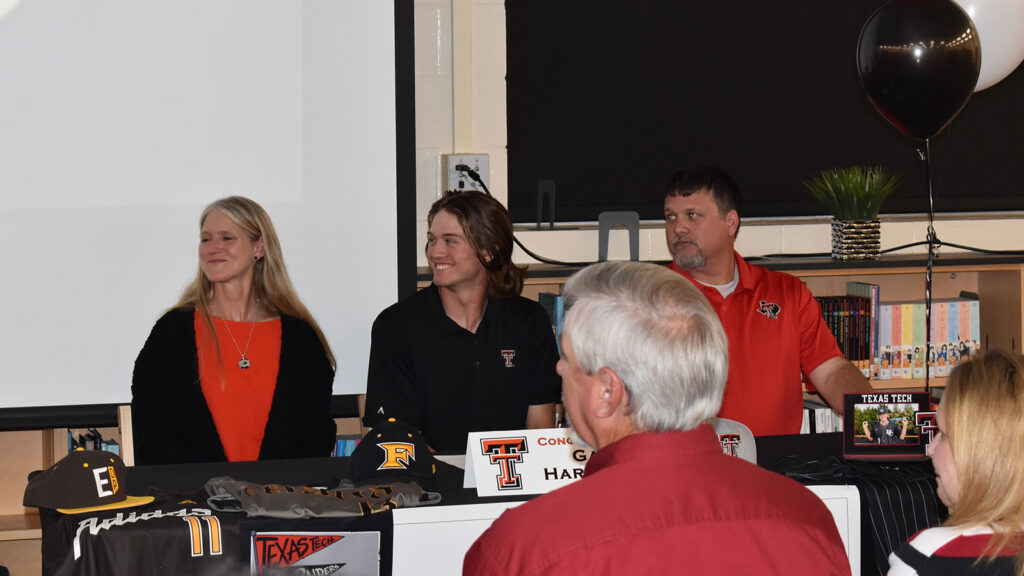