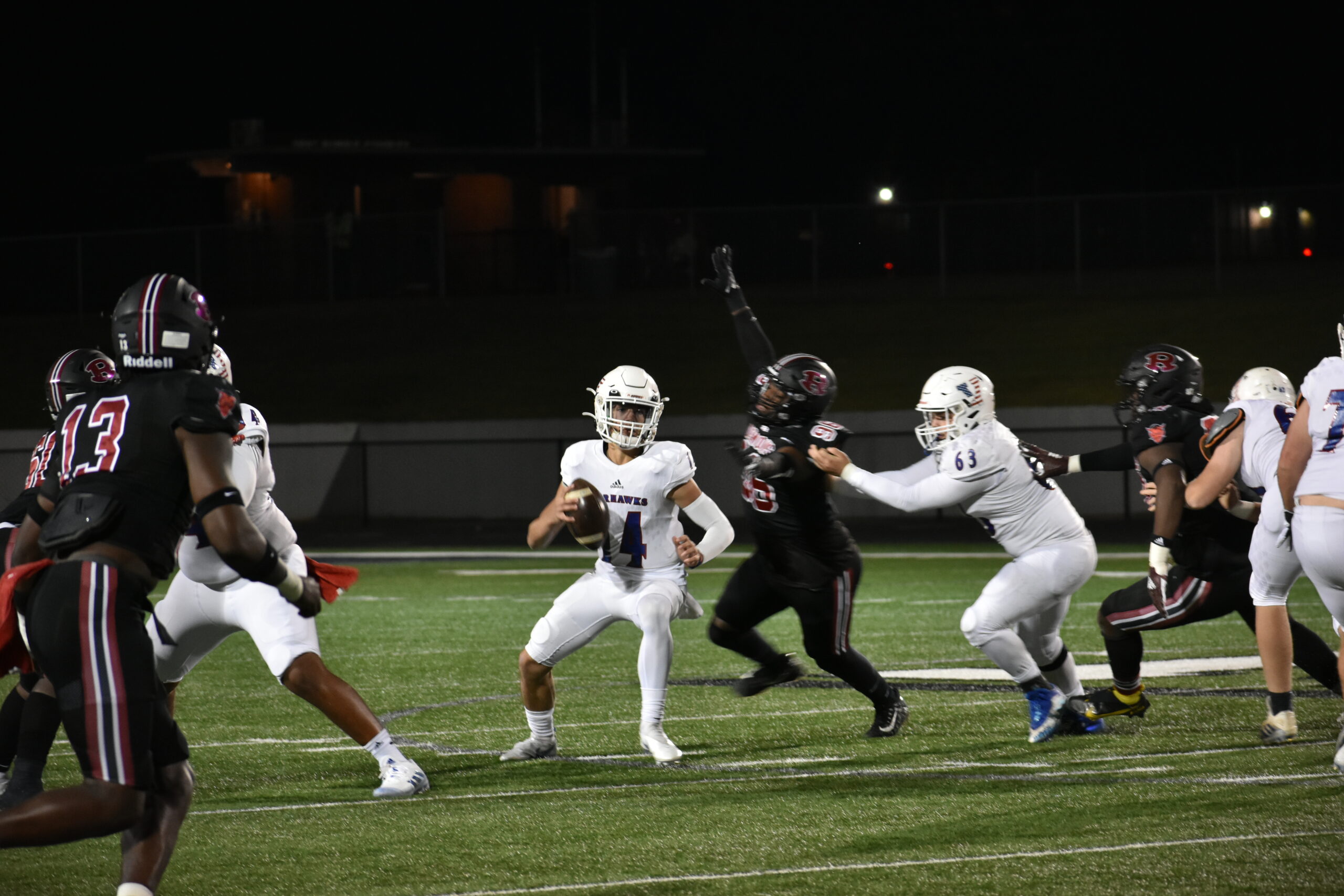 Warner Robins again got off to a slow start … Or, at least it would appear that way in comparison to how many points it puts up in the other quarters … But still rolled past Veterans, 59-3.

The Demons scored a lone touchdown in the first – the “slow start” if you will – but put up 28 in the second, 17 in the third and even one more in the fourth despite a running clock.

Veterans did move the ball at times … i.e. picking up two first downs on its first drive and three its second … but was hampered not only by Warner Robins’ offense, but also its own turnovers. They numbered eight. 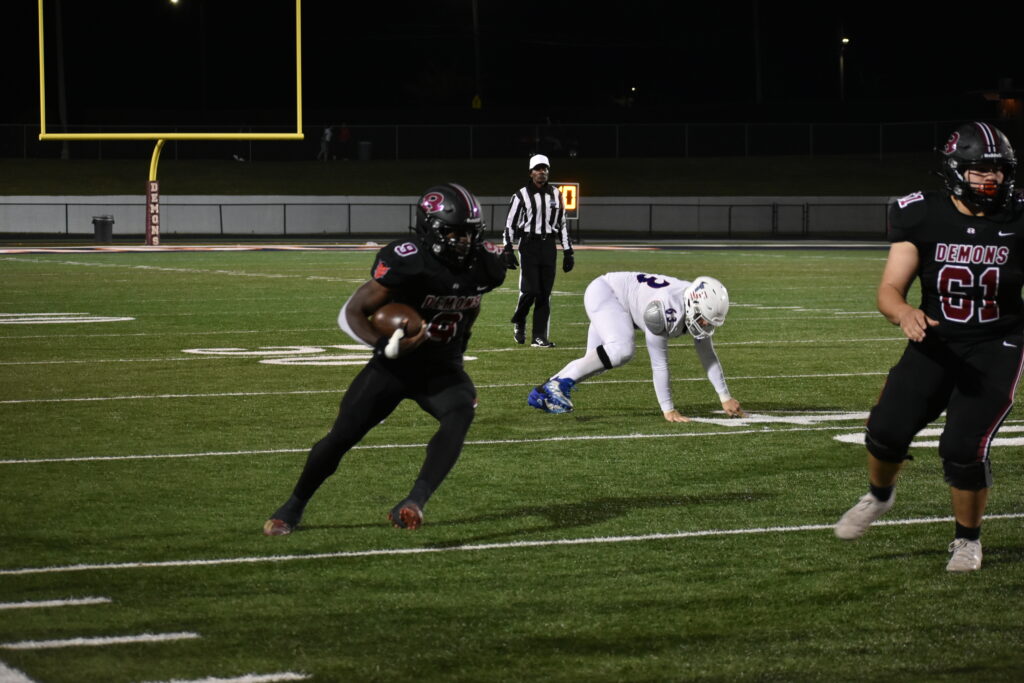 The Warhawks punted to start the game. The Demons scored, 35 yards, three plays and D.K. Sturn running it in from 29 yards out. Daniel Barber, as he does every Friday, made the point after and made it 7-0.

An interception by Daveon Walker gave Warner Robins the ball on Veterans’ 21 but it was forced to turn it over on downs. That was a short-lived victory by the Warhawks as they fumbled it on their next possession. That was in the endzone and recovered by a Demon. It made it 14-0.

Veterans punted. Warner Robins, now running on all cylinders, scored again. This time it was Fred Perry on a 25-yard run. It capped off an eight-play, 70-yard drive and with Barber’s point after made it 21-0 with still 8:46 left to go in the quarter.

A scoop-and-score of 53 yards by Antwon Jackson made it 28-0. An interception by Jackson following gave the Demons the ball on the 3. Penalties pushed it way back but they still scored when Lane found Deuce Petty on a 24-yard pass. That, with PAT included, made it 35-0.

The Warhawks did manage to take advantage of a Warner Robins interception to get a 35-yard field goal by Brayden Black before the half ended to make it 35-3. 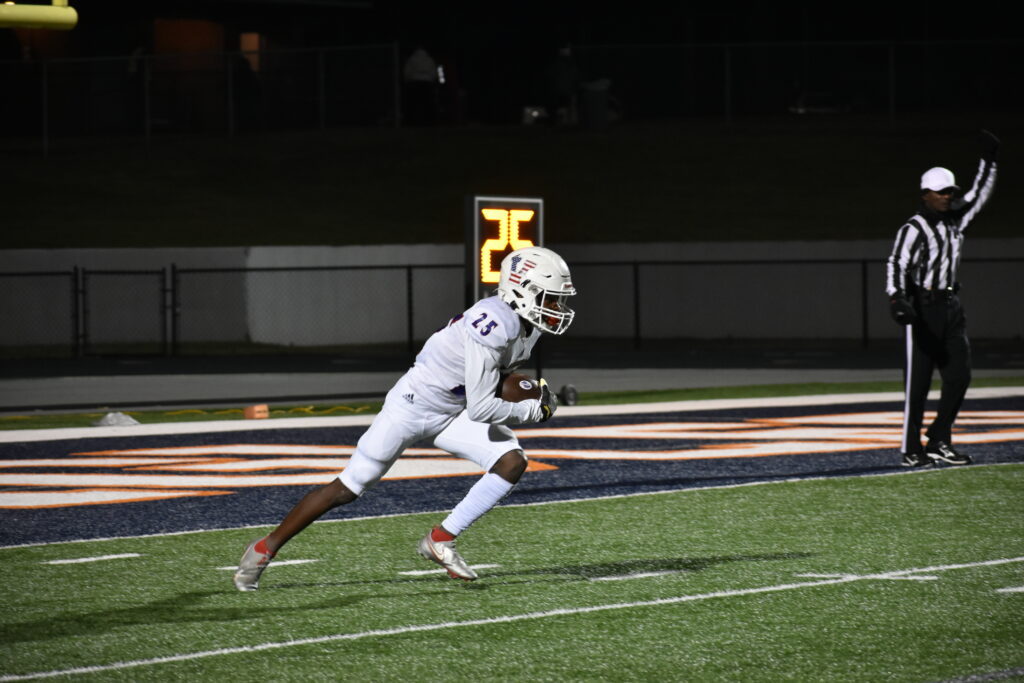 The third started without a running clock. More bad news for Veterans as Chaz Sturn quickly made it 42-3 on a 70-yard run on the first play from scrimmage.

Barber made it 45-3 with a 36-yard field goal. That came after a Warhawks punt and four plays to get it in position.

Veterans was picked twice more following. Sandwiched in between was a punt by the Demons. Trey Gunnings, one of a number of Warner Robins subs inserted here, there and everywhere, scored on a two-yard run just before the third closed and then Cian Lewis finished it up with a 22-yard run. 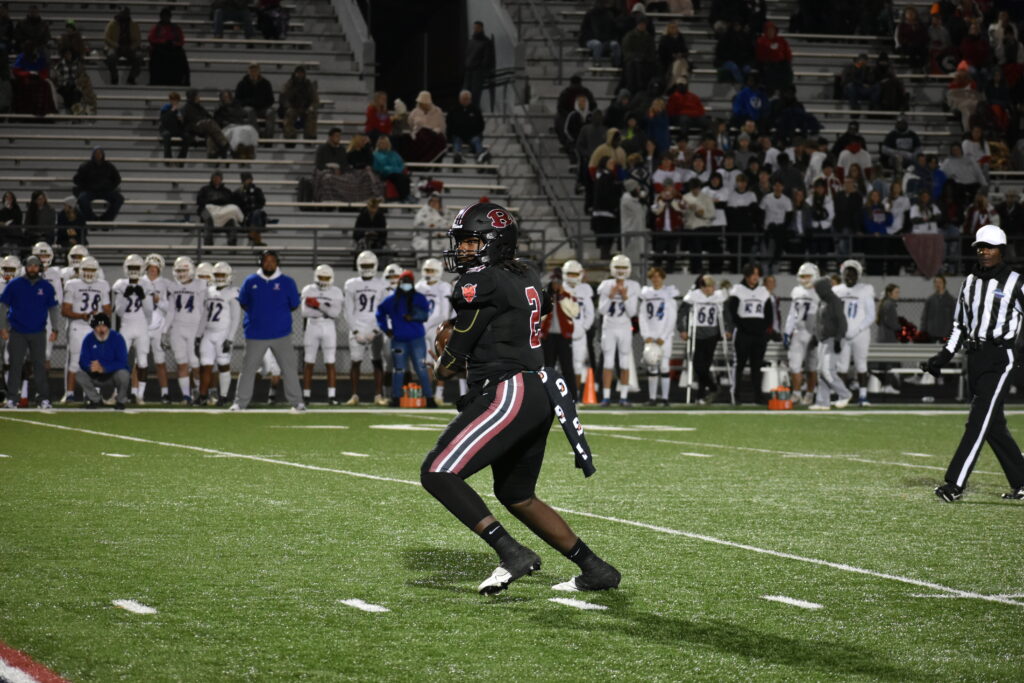 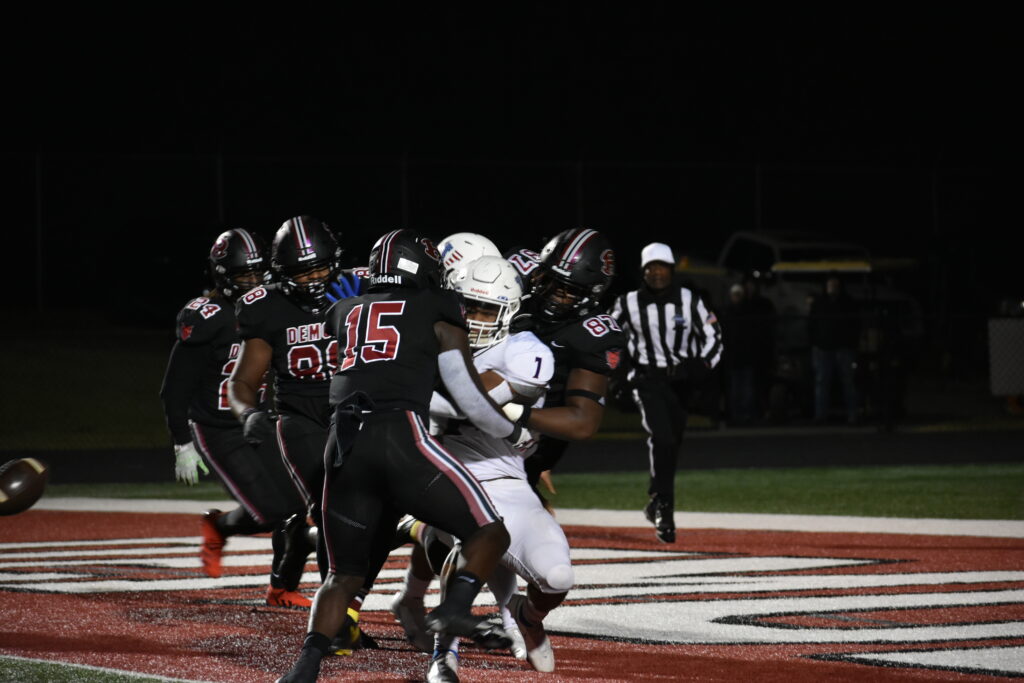