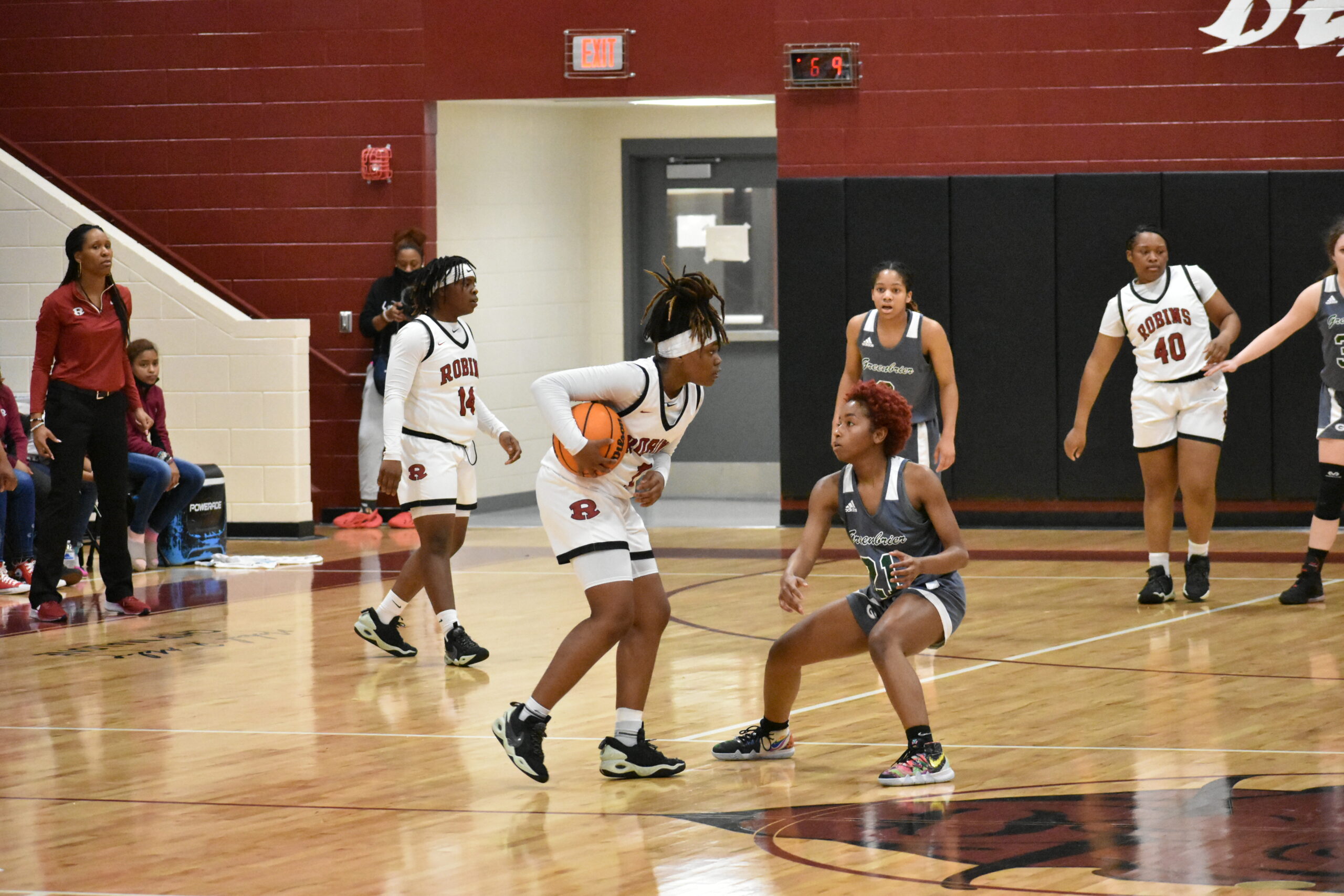 There was a bit of a last-minute scare, but other than that, it was mostly Warner Robins High School’s Demonettes as they beat Greenbrier Tuesday at home in the Elite Eight of the GHSA Class AAAAA state tournament.

The girls won 63-56. In doing so they ended the Lady Wokpack’s year at 26-4. They also won their 17th straight, improved to 25-5 and most importantly earned a spot in the semifinals. (For the first time in 26 years according to some accounts.) They will play Woodward Academy (27-2) in the semifinals Saturday at 6 p.m. at Fort Valley State University.

It took nearly two minutes to get going, but the Demonettes never trailed once they did. Jada Morgan’s free throws – two-of-two – gave them their first lead, 2-0. Caitlin Staley, the visitors’ best player hands down tied it a few seconds later.

Warner Robins, with Greenbrier missing three shots and turning it over three time in between, then began to pull away. Kynnadi Howard made it 4-2 and Nevaeh Mack 7-2 with a trey before Staley connected again. Tori Davis then connected twice, Morgan then hit a short jumper and a little over a minute after that aced a 3-pointer to make it 16-4. Greenbrier’s coach called a timeout after that, but to no avail. Morgan scored again to make it 18-4. The quarter would have ended that way if not for a 3-pointer by Sydney Peake (6 points). 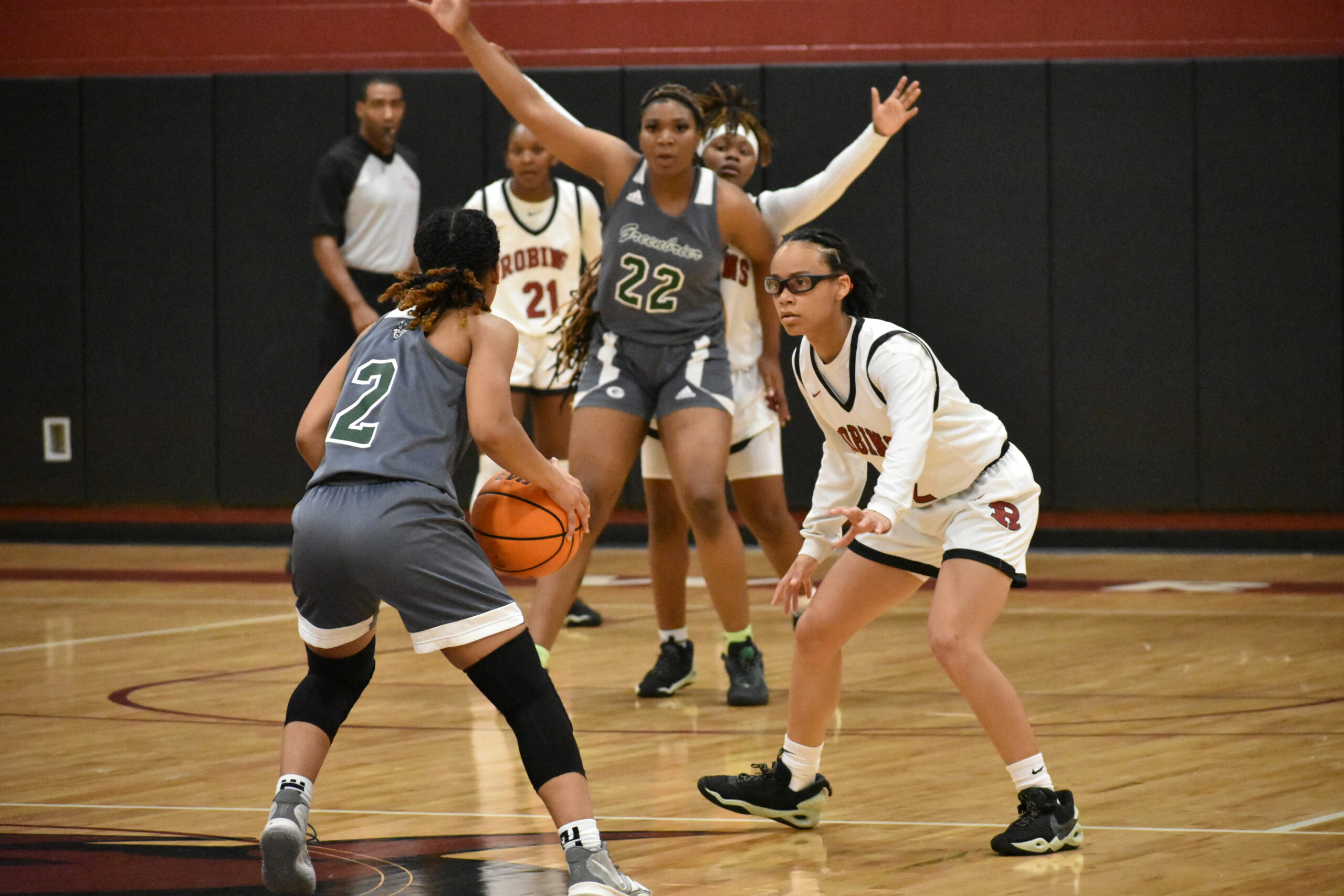 Warner Robins pushed it to 48-29 to start the fourth with a bucket from Tasia Agee – surprisingly, her first points of the game – and a free throw by Howard.

It was at 52-34, Agee again, with just over five minutes to play, when Greenbrier began to chip away. Small chips, as just about everything they did, the Demonettes had an answered. I.e. They would get it to single digits, Warner Robins would push it back out to 12 or 14, the Lady Wolfpack would pull back within single digits … rinse, repeat. Still, by the two-minute mark Greenbrier had gotten it down to six, 57-51. They also had the ball. Or, had it, until it missed a 3-pointer.

It was forced to foul. It sent Agee to the line. She hit both. The Demonettes would go to the line three more times before the game was over and would make four-of-six. All were critically important as the Lady Wolfpack continued to battle and as a result got it to within four, 60-56, with 22 seconds to play.

Warner Robins ate up 14 of those before Howard was fouled and went to the line. She connected on one-of-two. Then, after Greenbrier missed a 3-point attempt they fouled her again. This time she nailed both to seal the win.

Staley went on to finish with 18 points for Greenbrier. Trinity Barrow also had 13 and Brooklyn Begley 9. 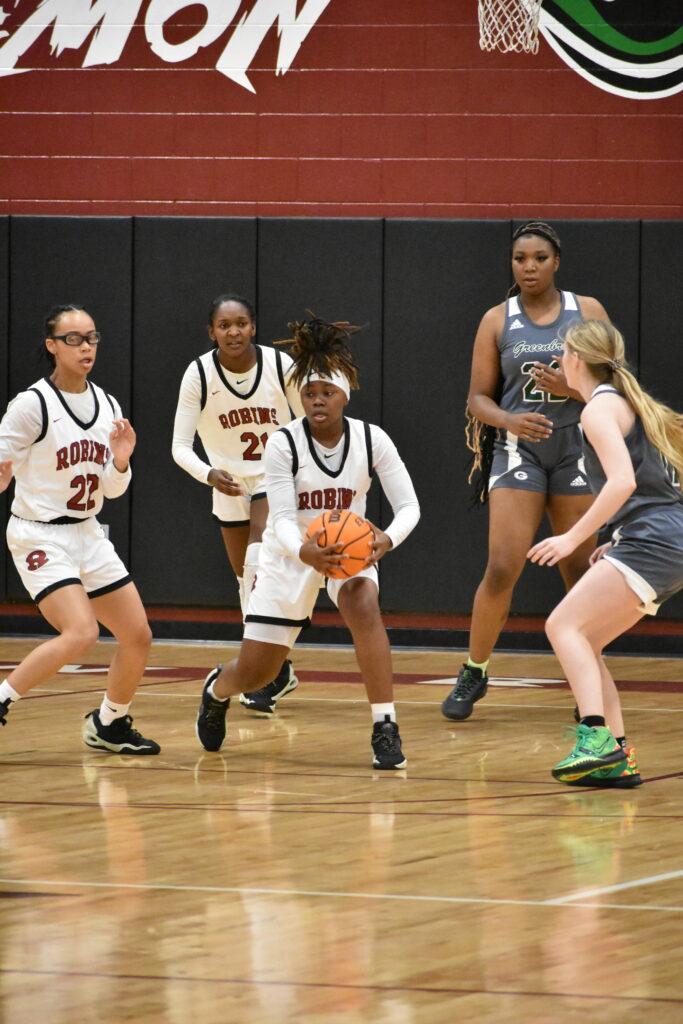 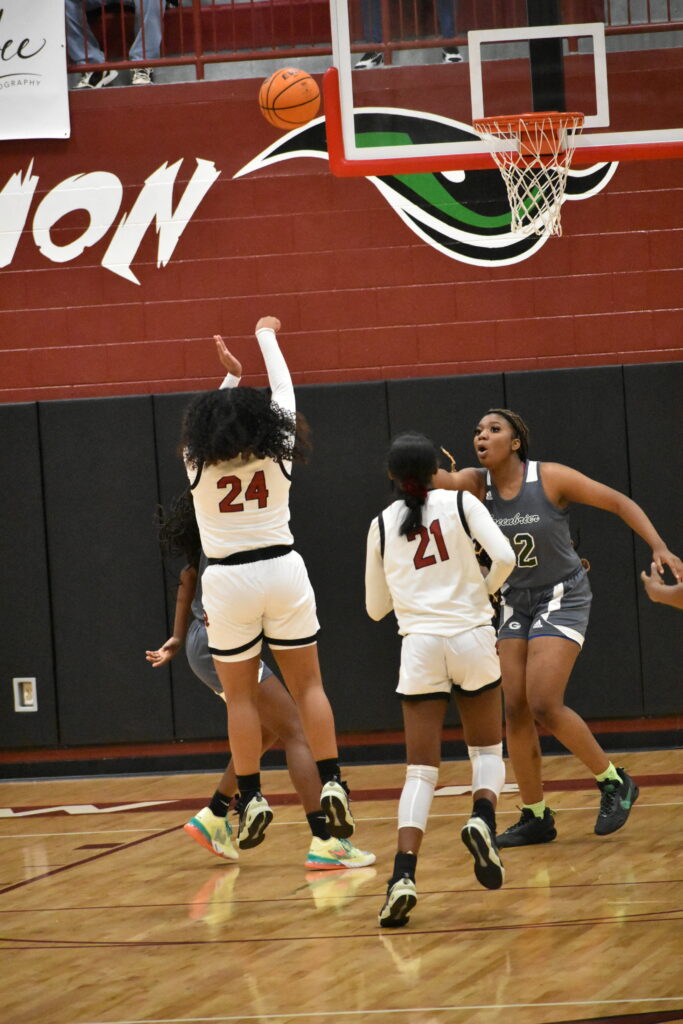