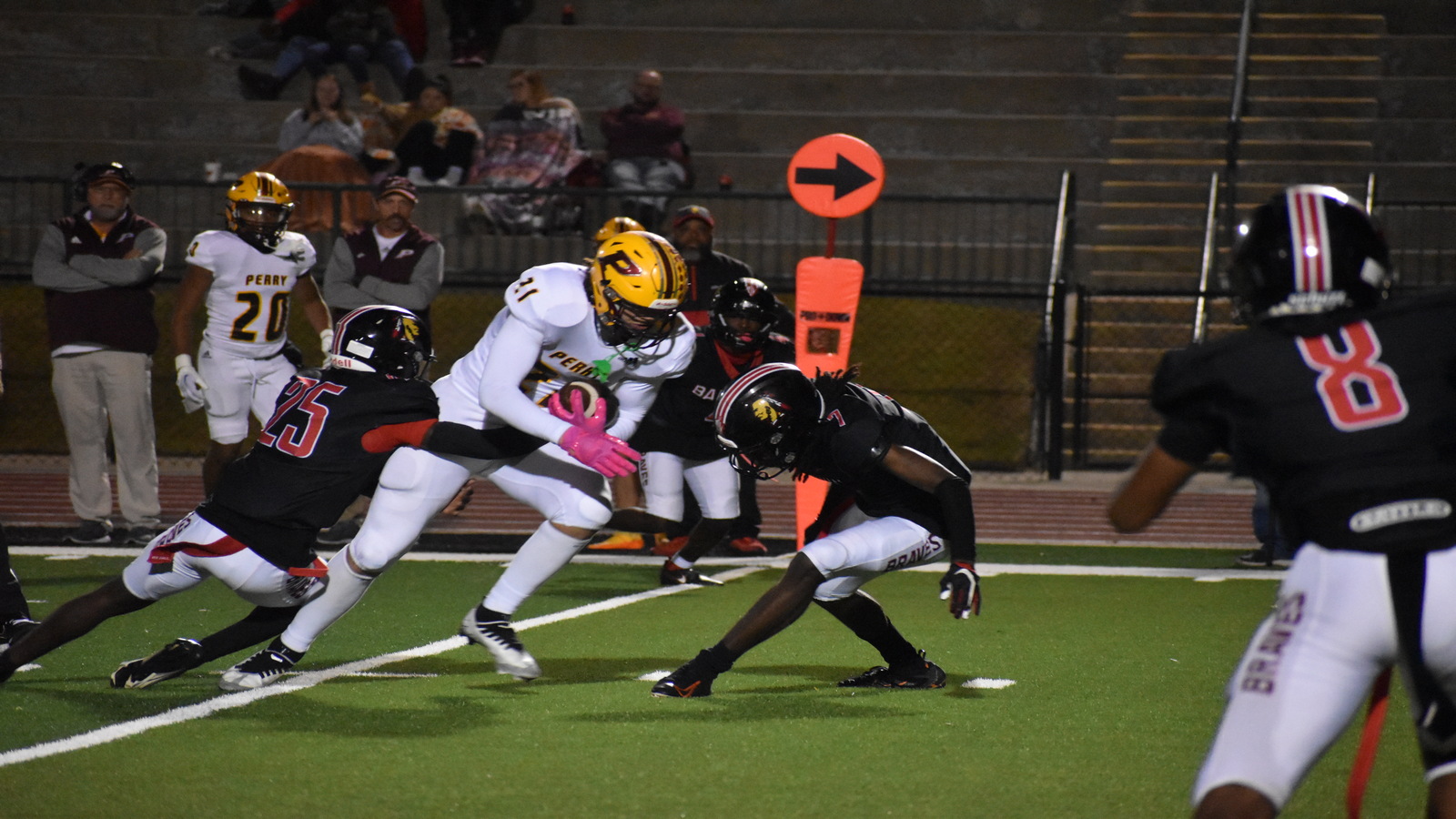 Both punted to start the game. There was a difference. The Braves kicked it after a three-and-out. The Panthers booted it after running seven plays and picking up two first downs. Had two flags not slowed what they were doing, they more than likely wouldn’t have had to punt.

Perry punted on the ensuing possession, but after holding the Braves to another three-and-out and punt, it put its first score on the board. It was via a 12-play, 85-yard drive finished off by a five-yard run by Demetrious Carter. Caden Camp’s point after made it 9-0 with 2:25 left in the first.

Yet one more three-and-out and punt gave Perry the ball on the 42. That was as the first quarter clock ran out. The Panthers turned it over on a fumble but again held Baldwin to a three-and-out and forced it to punt yet again.

The Panthers drove, stalled again and this time missed a field goal. Baldwin, you guessed it, punted. That set up Perry’s second touchdown, 45 yards, five-plays and a three-yard run by Armar Gordon Jr.

Gordon scored again about 30 seconds later. That was set up via a fumble by the Braves on the kickoff. The point after made it 22-0, which is where it stood at the half.

Perry took the second half kickoff and threatened to score again. It drove to the 9 before a fumble back it up to the 20. It lined up for a 38-yard attempt. Baldwin was flagged for being offsides. Perry lined up to attempt a 33 yarder. Baldwin was flagged again. This time the Panthers went for it but were intercepted.

Perry drove again on its next possession. It ushered in the fourth quarter, but it also stalled – on the 17. The Panthers attempted a 34-yard field goal, but it was blocked. Perry returned the favor on Baldwin’s next possession. After holding it to three-and-out again, the Panthers blocked their punt attempt and recovered on it on the Baldwin 37. 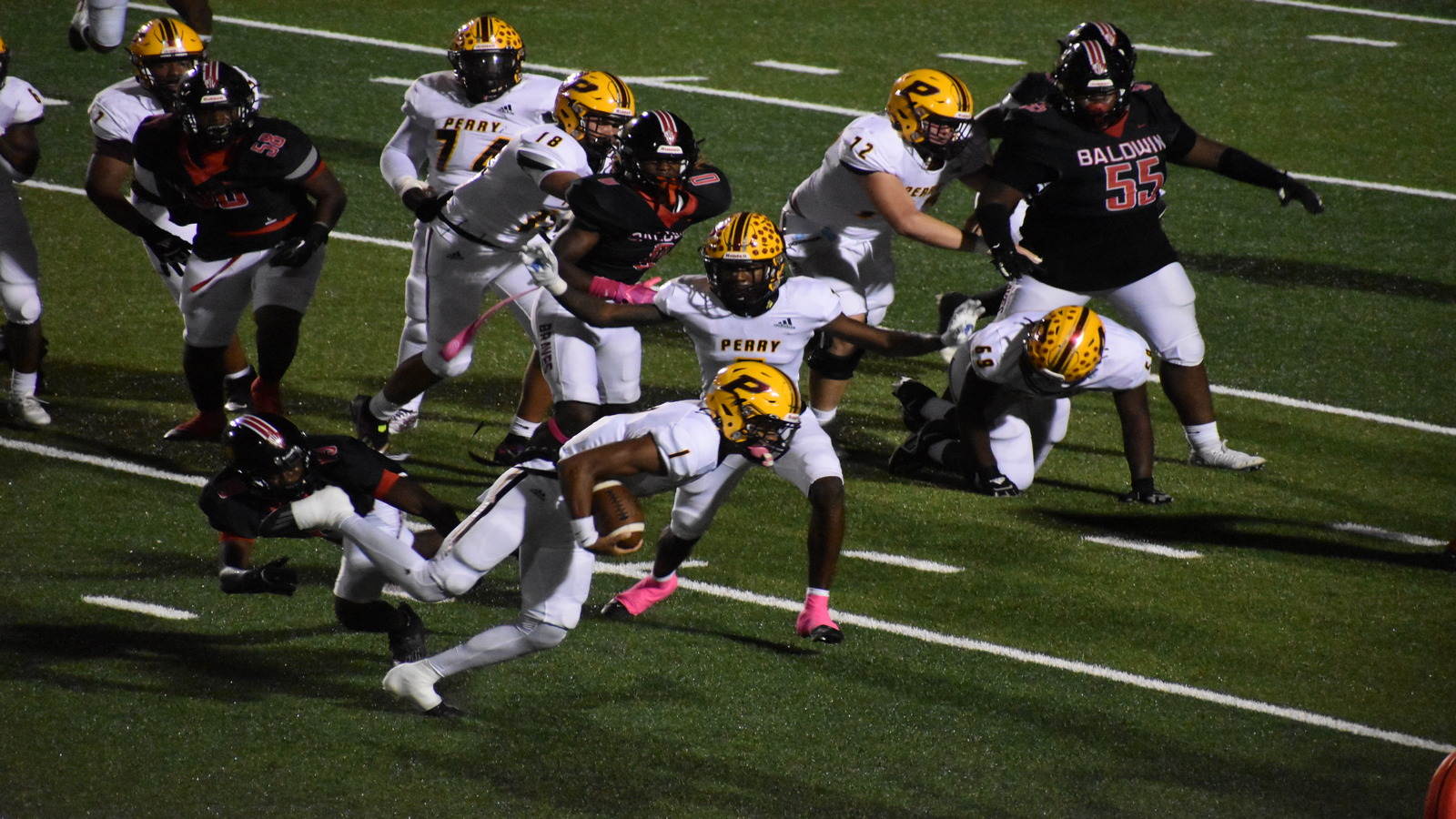 Seven plays later Ahmad Gordon ran it in from the 5. The point after made it the final.

The Panthers’ defense had one last order of business before they were done: A goal-line stand. Baldwin moved it to the 10 where it had a first and goal, but Perry held it out of the endzone on four plays.

It took over. Gordon ran about 40 yards on the first play from scrimmage and then the Panthers let the clock run out.