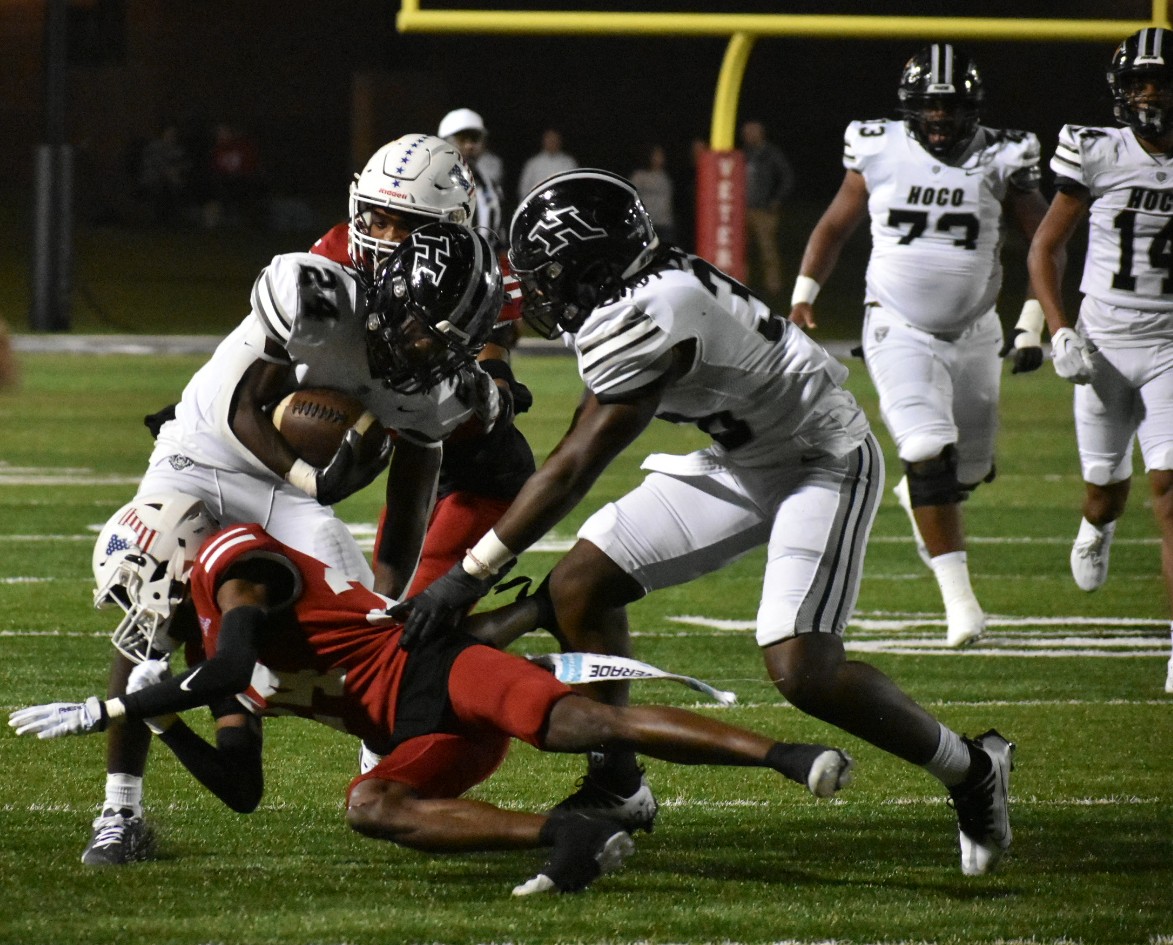 Believe it or not, there was a moment it appeared Veterans was rallying and making a game of it against Houston County Friday on Freedom Field.

The Bears were leading 35-7 at the half. The Warhawks suddenly became offensive juggernauts to start the third. They rolled off two scores to make it 35-21. Houston County barely made a whisper on offense while that was going on.

Then the moment passed. The Bears put up five unanswered scores and easily pulled away, 70-21. 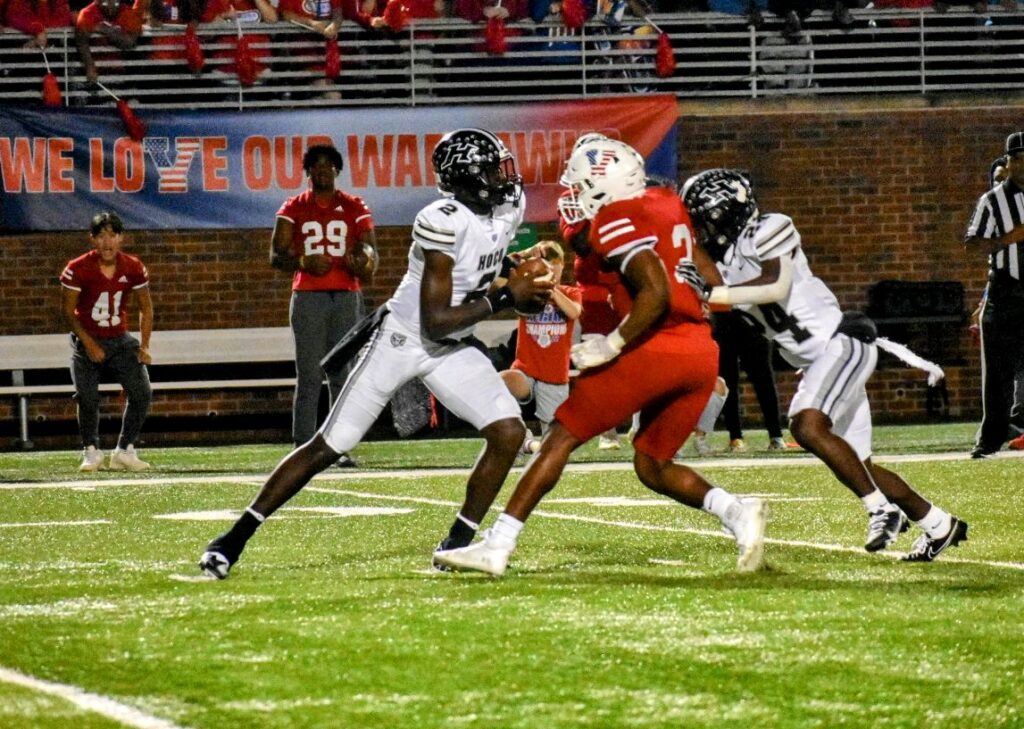 Antwann Hill and Ryan Taleb accounted for the Bears’ first score, a 16-yard pass and the finish to a nine-play, 64-yard drive. Thomas Bryant’s point after made it 7-0.

A 22-yard pass to Ricky Johnson, plus Bryant’s point after made it 14-0. That was the finish to a 81-yard, 15-play drive and accounted for the total points in the first quarter.

Veterans got on board with a 95-yard, nine-play drive, finished off by Justin Shine’s one-yard run. Brayden Black made the PAT to make it 14-7 with 11:08 left in the second.

Then it was Taleb again, this time scoring on a two-yard run. It was the finish to another nine-play drive, this time going 65 yards. Bryant made it 21-7.

After the Warhawks drove but turned it over on a fourth-and-goal from the 5, Houston County went 95 yards in 11 plays and scored on Josh Henry’s one-yard run. Bryant made it 28-7.

Nick Jordan intercepted a Warhawks pass and then was rewarded with the ball to run it in for the Bears’ fifth score of the half. Bryant made it 35-7.

Cue Veterans’ rally in the third.

It started with a six-yard touchdown pass from Jake Maxwell to Mychal Stillwell, the finish to an 80-yard, six-play drive. Houston County punted. The Warhawks found the endzone again. This time it was on a three-yard run by Ernest Sandiford.

The rest, as already mentioned, was Bears.

Hill hit Taleb with a 28-yard touchdown pass. Taleb, right after the fourth started, scored from 14 yards out. Amir Thomas’ nine-yard run – the finish to a 56-yard, eight-play drive, made it 56-21. A scoop-and-score on the kickoff by Jordan made it 63-21 and then finally Christian Stokes, on a 22-yard run, made it the final. 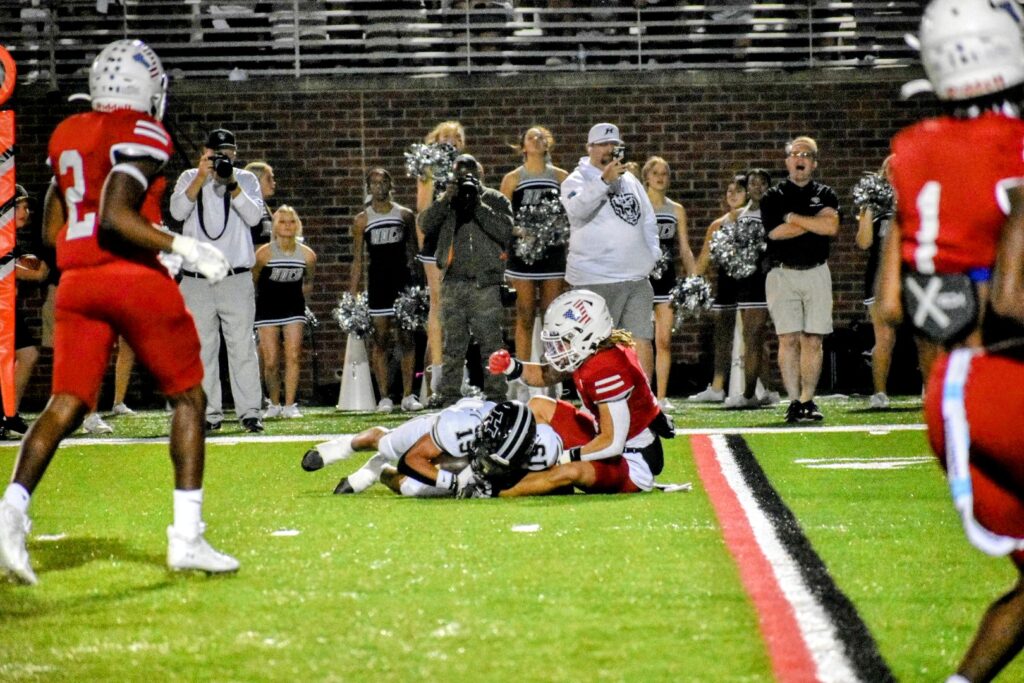 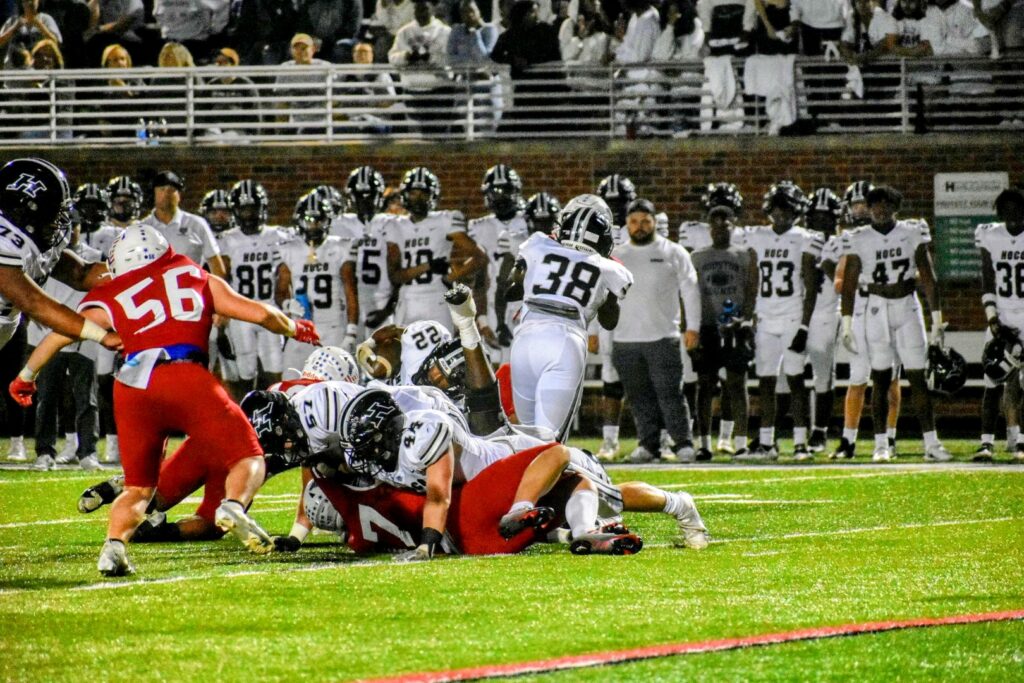 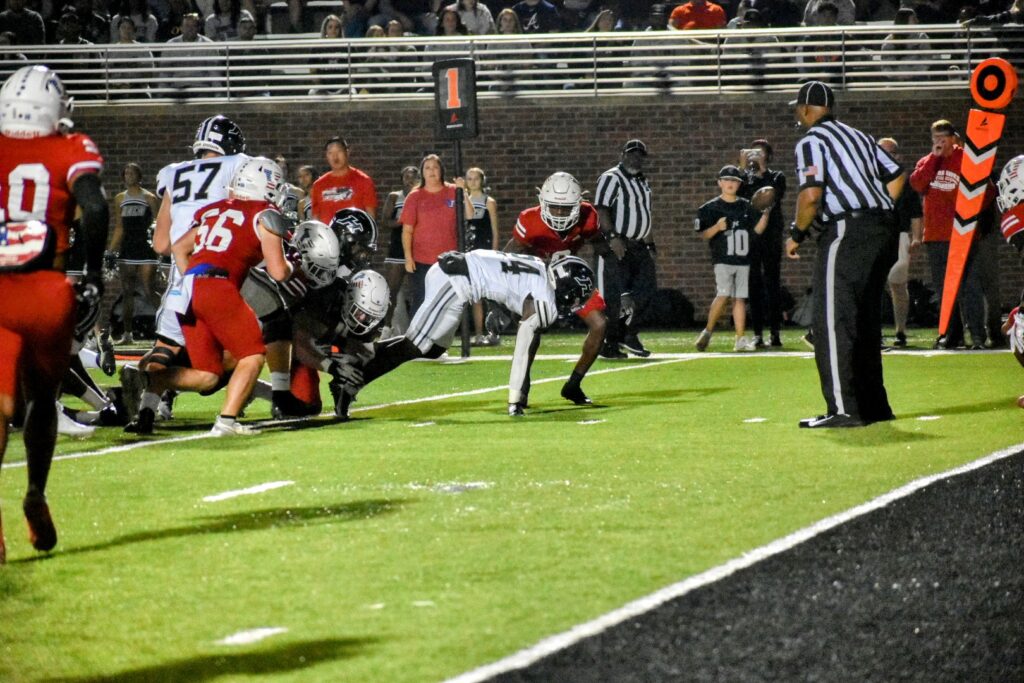 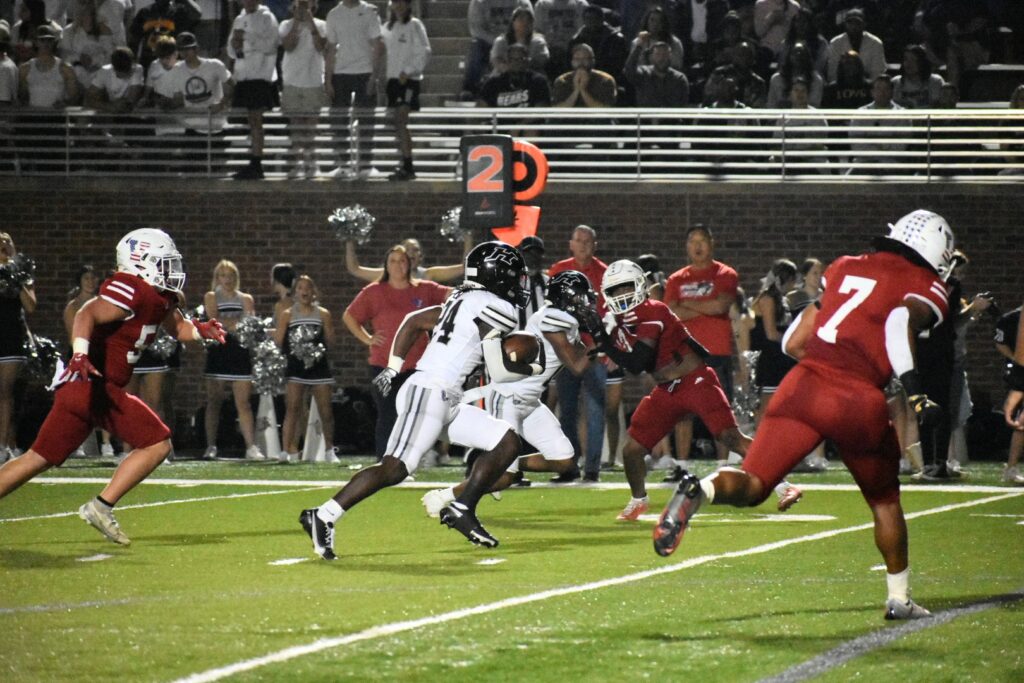 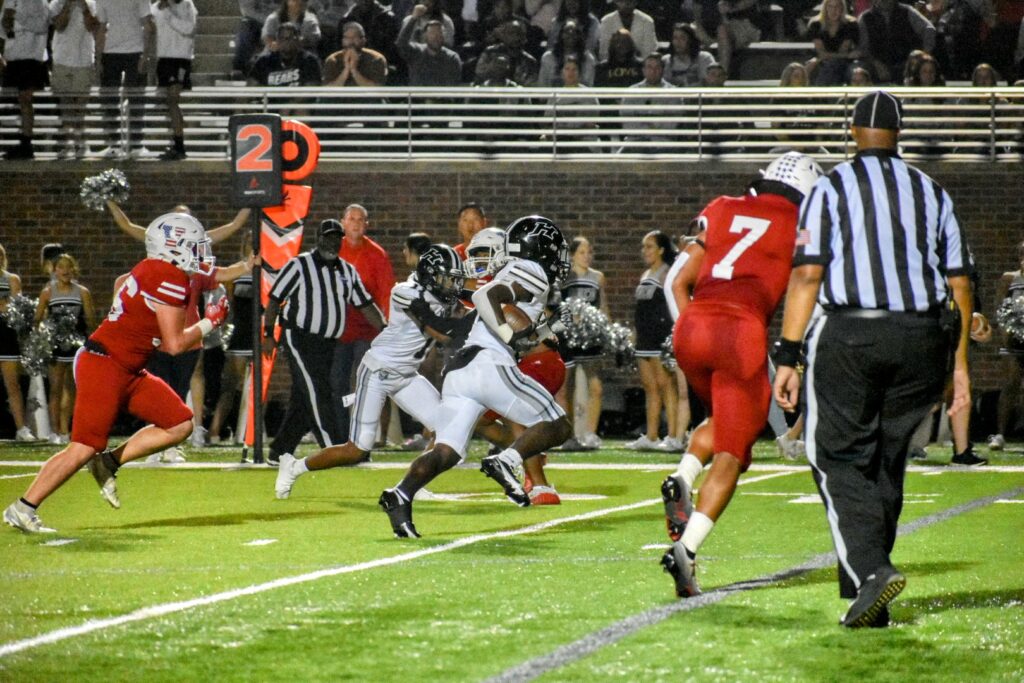