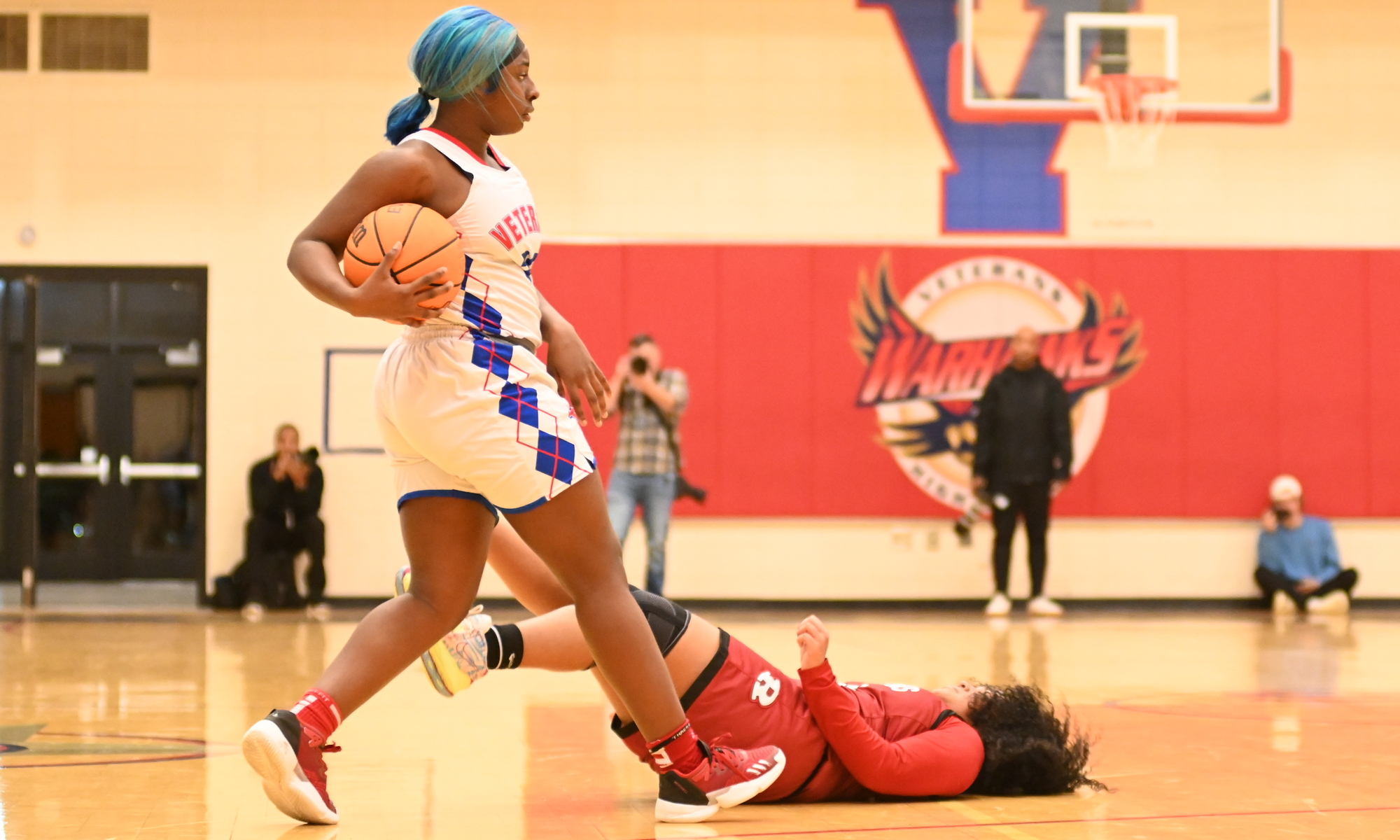 If there are two words to describe the rematch between the Demonettes & Lady Warhawks, it would be “total war.” Warner Robins & Veterans girls played an absolute gem of a game on Saturday Night at the Warhawks’ Nest that would go in the host’s favor by a final score of 60-59.

The Lady Warhawks opened the game on a 10-2 run but the Demonettes were able to get on a 13-5 run of their own to tie the game at 15 late in the first quarter & Veterans was able to build an 18-15 lead by the end of the first.

The Lady Warhawks got out to a 12-pt lead in the second but Warner Robins was able to nibble into the gap to cut the deficit to 8 by the half where the score read 36-28 Veterans. The second half opened on a 7-0 Lady Warhawk run that put the host up 43-28 in the third & that’s when the Demonettes caught rapid fire & cut the gap down to 2 late in the third before Veterans’ Rionna Byrd extended the lead to 4 to cap off the third quarter.

The fourth opened with the score reading 50-46 Veterans but Warner Robins scored the quarter’s first 5 points to take their first lead of the game at 51-50 after going on a 23-7 run. Veterans answered with a 7-0 run of their own to lead by 6 down the stretch but the Demonettes were able to wrestle the lead back late.

The Lady Warhawks led by one when Tasia Agee of the Demonettes had the ball poked away out of bounds forcing a turnover with just over 10 seconds remaining. After Des’teyn Seaton missed both free throws, Tori Davis of the Demonettes got one last shot off for a potential game-winning two, but the shot was no good as time expired & Veterans escaped with the 60-59 victory. 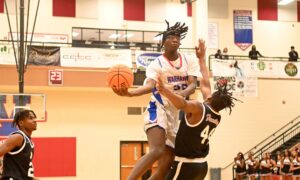 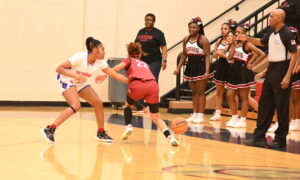 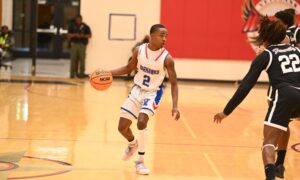 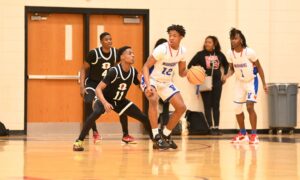 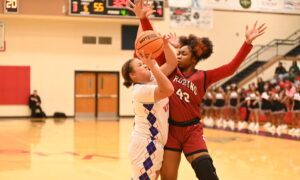 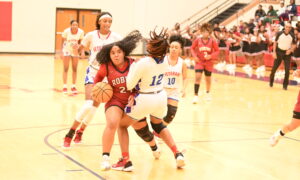 The boys game would not be as close as Warner Robins won their rematch over Veterans 54-40 at the Warhawks Nest. The score was 11-6 Demons after one & by the half; the score read 25-17 Warner Robins. Veterans was unable to make the baskets it needed to to close the gap down to Warner Robins as the visitors led 37-31 in the third & pulled away in the fourth to win 54-40.

Elsewhere, Northside & HoCo rematched at the Bears’ Den earlier during the afternoon & evening that resulted in another Bears sweep of the Eagles. The HoCo girls handed the Lady Eagles their 14th consecutive loss by winning 49-42 to improve to 9-10 overall; 2-5 in region play while Northside fell to 2-16 overall; 0-7 in region play.

The Bears knocked off the Eagles 57-53 to get the regular season sweep to improve to 11-9 overall; 4-3 in region play while the Northside boys fell to 5-13 overall; 1-6 in region play.