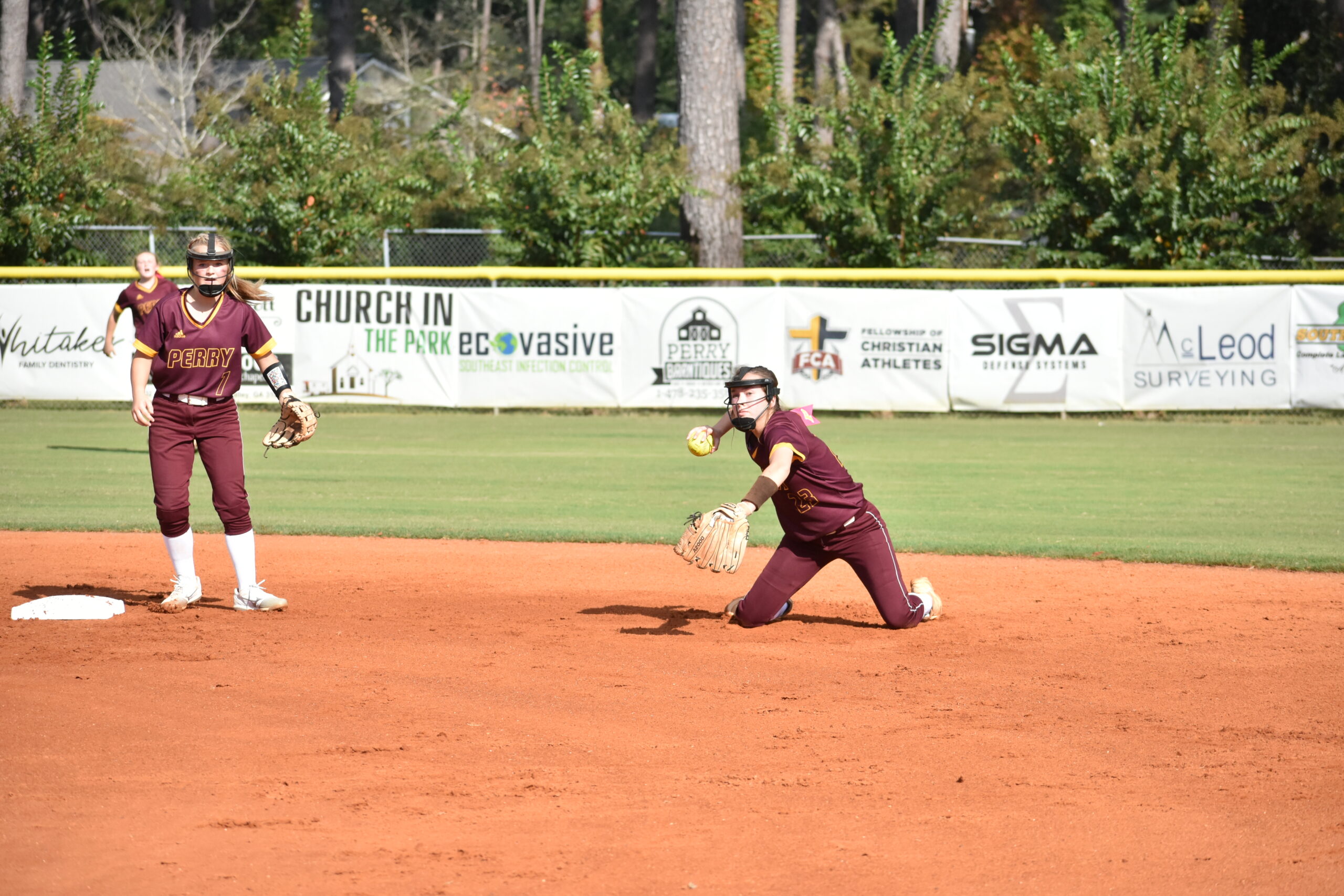 The “visiting” team won via “walk-off”. There’s something that sounds out of sorts, but such was the case for Perry and LaGrange in their second game of the GHSA Class AAAA state tournament at the home of the Lady Panthers Tuesday.

The Lady Grangers, the “home” team in the second game of the twin-bill, won via Kaylee Bryant’s walk-off double in the eighth inning that gave them the 6-5 win.

The good news for Perry was that it won the first game, 4-1, to set up a third and deciding game today.

The bulk of the Lady Panthers’ runs in the first game came in the third inning, three. With the score at zero and one out in the books, Trinity Odom walked. Chole Davey walked. Ava Garrett walked. Davey scored on a wild pitch. Both runners went to move up. That prompted a throw, which was booted and allowed Garrett to score. Reagan Hughes, in the batter’s box while this unfolded, singled to put them on the corners. Following a strikeout, Harley Crumley was hit by a pitch to load them back up where Dykes eventually scored on another wild pitch.

A home run by Holly Lynn to start the fourth cut it to 3-1 but, following a walk, Ashley Kay Moon was able to get the next three. The Lady Panthers added their final run in the sixth – again without the benefit of a hit. Moon finished with a seven-inning, complete-game. She gave up just three hits while walking four and striking out three. The Lady Panthers finished with just two hits; Hughes, who also walked once, and Riley Jones, who was 1-2 with a walk.

Perry had another big inning in Game 2. It came in the fifth. LaGrange scored two in the first and one in the fourth. The Lady Panthers cut it to two with one in the fourth and then pushed four across in the aforementioned.

Ashlyn Alke walked to start the inning. Then, with two outs Davey tripled, Garrett singled and Dykes and Hughes each doubled.

That made it 5-3. The Lady Grangers won it with two in the seventh and the walk-off in the extra inning.

LaGrange out-hit Perry 10-8. Davey was 2-3 with a walk for the Lady Panthers. She drove in one and scored one. Garrett was 2-4 with an RBI and two scored and Dykes was 2-4 with a run driven in and one scored. 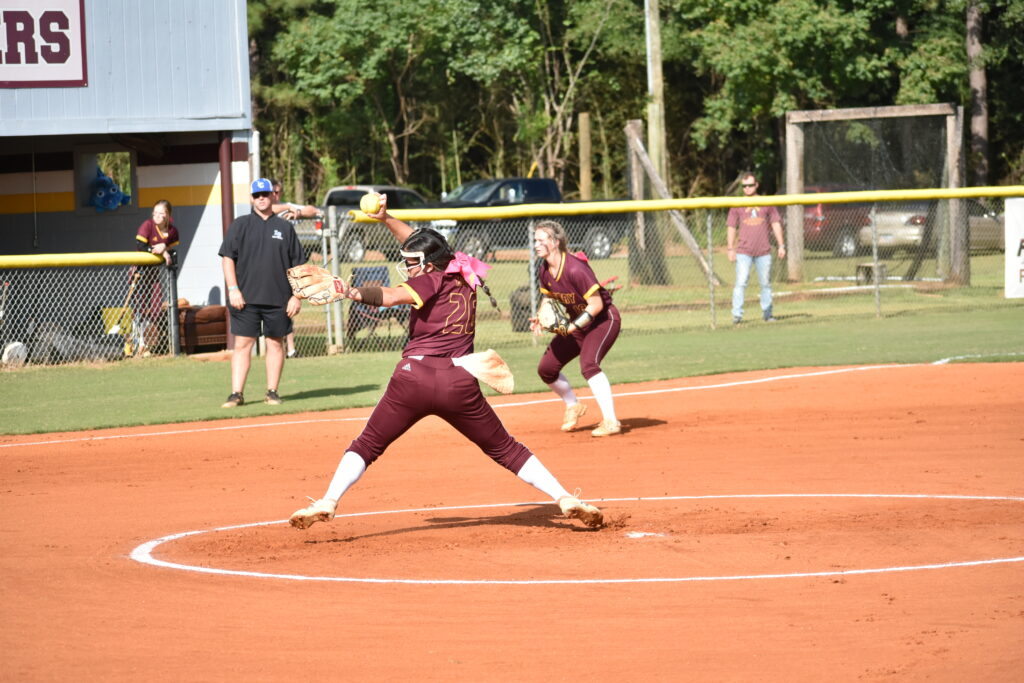 Elsewhere, blink and you would have missed it. Veterans, the No. 1 seed out of Region 1-AAAAA, made quick work of Creekside. The Lady Warhawks won both games 17-0. Both only lasted three innings.

The Lady Warhawks put 14 hits on the board in the first and 10 in the second. Creekside managed none.