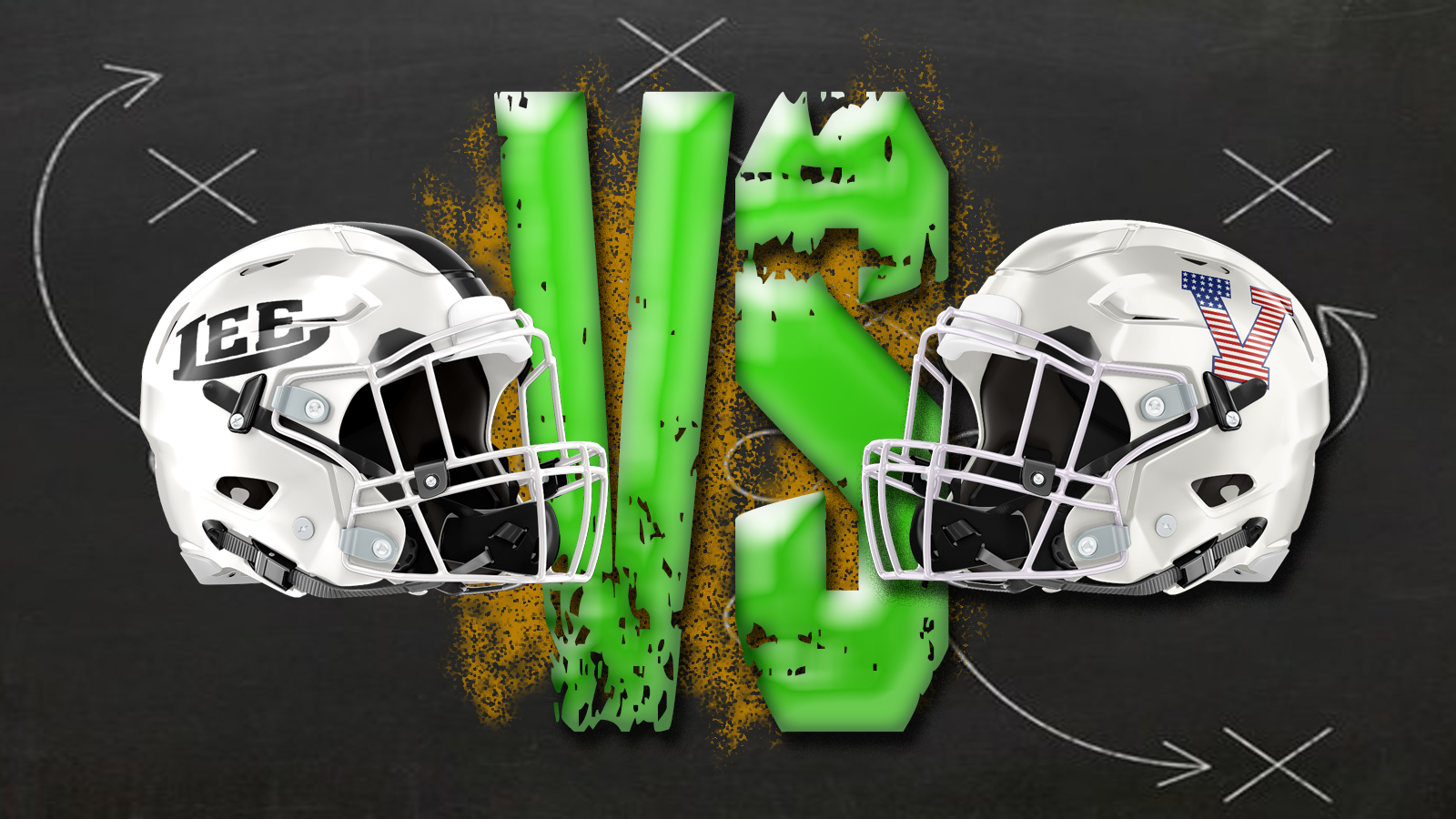 Veterans won the time of possession against Lee County. It just couldn’t win the scoreboard. That was because the Trojans, per the norm, made the most of big plays. Two in the first half helped them build a 22-0 lead. They went on to win 43-7.

The Trojans did use a long drive, nine plays and 52 yards, to score its first touchdown. That came on their first possession of the game. It was finished off with a one-yard run by quarterback Weston Bryan and they also converted the two points with a pass to Jevell Ferguson – the first of his three in the first half.

Veterans, after picking up a first down, stalled and punted on its first possession. Lee County did likewise, a three-and-out, which could be considered no small early victory for the Warhawks’ defense.

The Warhawks went 12 plays on their next possession – even scored but a hold brought it back – but had to punt again. Lee County again did likewise – another three-and-out. That also brought the first quarter to a close.

Veterans punted again. That set up the first big play, an 80-yard pass from Bryan to Ferguson. The point after made it 15-0.

The Warhawks punted twice following. That had one by the Trojans sandwiched in between.

Lee County faked a punt on its next possession. Bryan found Ferguson again on the first play following. He scored from 34 yards out to make it the 22-0.

Veterans opened the third with a 92-yard drive. It was finished off with a 30-yard pass from Jake Maxwell to Damare Franklin. Brayden Black cut it to 22-7 with just over nine minutes left in the quarter.

The Warhawks also successfully pulled off an onsides kick, but couldn’t advance it past the 30 and punted again.

Lee County then scored on an 11-yard run by Devin Collier. That took only four plays thanks to a 55-yard run from Ousmane Kromah (surprisingly silent up until then) on the first play from scrimmage – the 13. That made it 29-7.

Veterans put together a nice drive but once again it stalled, this time on the 10. The Trojans then scored on four plays again. Sixty-seven of the yards, on three runs, went to Kromah, including the one into the endzone.

The Warhawks again moved the ball but again turned it over on downs. That gave way to a 69-yard run by Braxton Horner to make it the final score.

Veterans finished the game the same way it started, maintaining possession, but with little to show for it – the clock ended the game there.