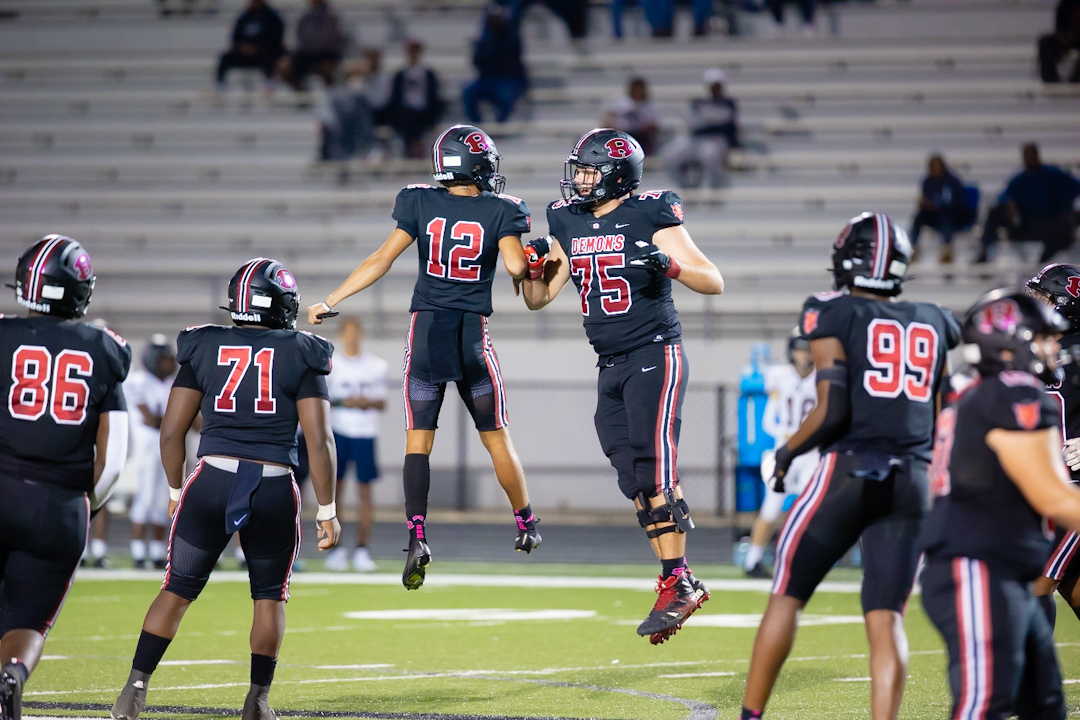 Rasean Dinkins picked off two Union Grove passes in the first half – one in the first quarter and one in the second. The first set up a field goal. The second began a touchdown drive. Combined they helped get Warner Robins out to 10-0 lead. It went on to win 30-7. 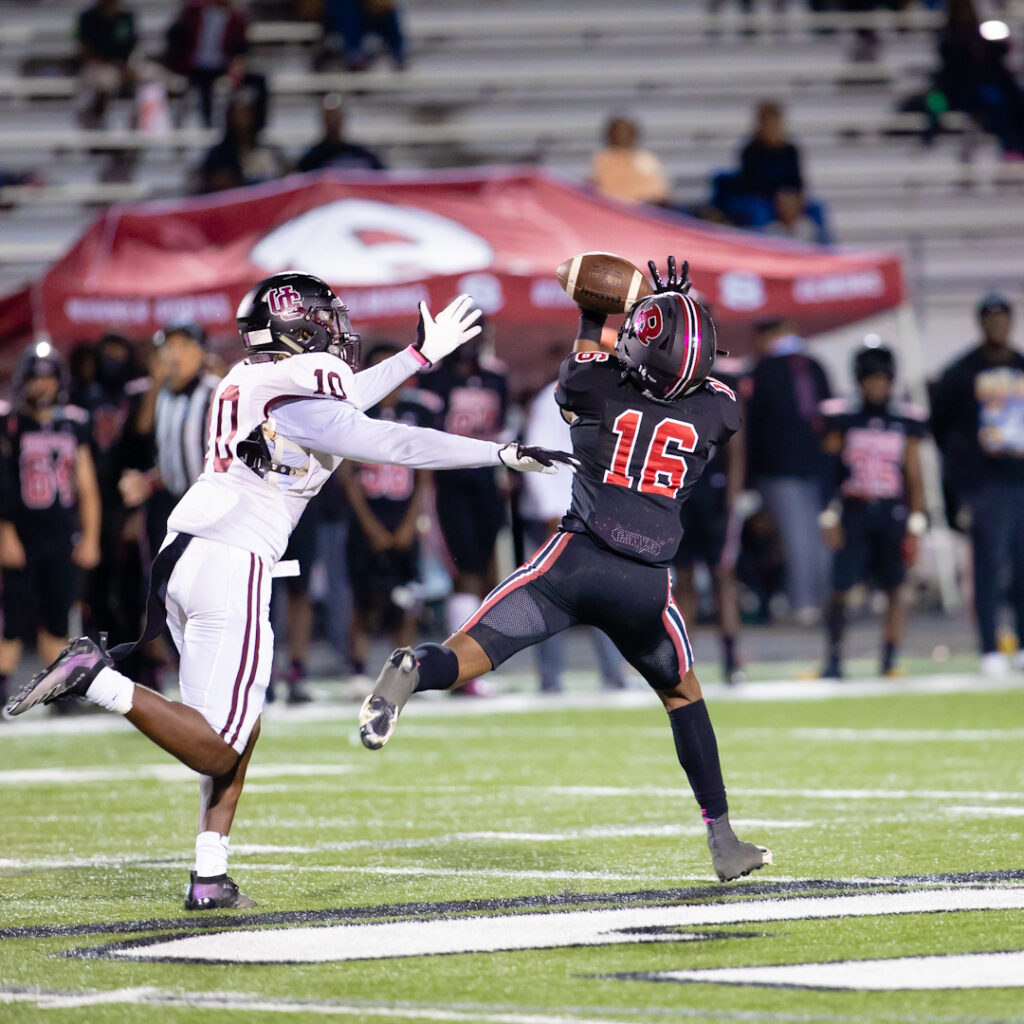 Both punted to start the game. Dinkins’ first pick came on Union Grove’s second possession. It put the ball on the Wolverines’ 30. The Demons were unable to get it into the endzone, but got it close enough – five plays – for Daniel Barber to kick a 27-yard field goal. That came with 3:42 left in the quarter.

The Wolverines again punted on their next possession. Warner Robins moved it some on its turn but eventually was forced to turn it over on downs.

That set up Dinkins’ second pick. He was downed on the Demons’ 46. Five plays later quarterback Chase Reese found Cam Flowers for a 24-yard touchdown. Barber’s point after came with 8:56 left in the second.

Union Grove punted again. Warner Robins went 63 yards on 15 plays and scored again. This time it was on a one-yard run by Elijah Antonio. Barber made it 17-0 with 43 seconds left before the break.

Miles Joiner got in on the pick parade following, but his interception came with just 24 seconds left. The Demons took a knee and ushered in the half.

The Demons made it 24-0 via an 85-yard pass from Reese to Chaz Sturn – he actually caught it behind the line of scrimmage.

Union Grove tried to pull off a fake punt on its next possession. Warner Robins wasn’t fooled. It stopped the kicker on the Wolverines’ 20. The Demons weren’t able to score, but they were able to add yet one more Daniel Barber field goal. It was from 35 yards out.

Speaking of Barber. Following another Union Grove punt he got the call again – after another four-play drive stalled. This one was from 50. He put just enough on it to get it through and make it 30-0. That came with three minutes left in the third.

Both punted following – the Demons now with some fresh faces in the ballgame. Finally, the Wolverines scored with a long drive with 36 seconds left to play to make it its final. 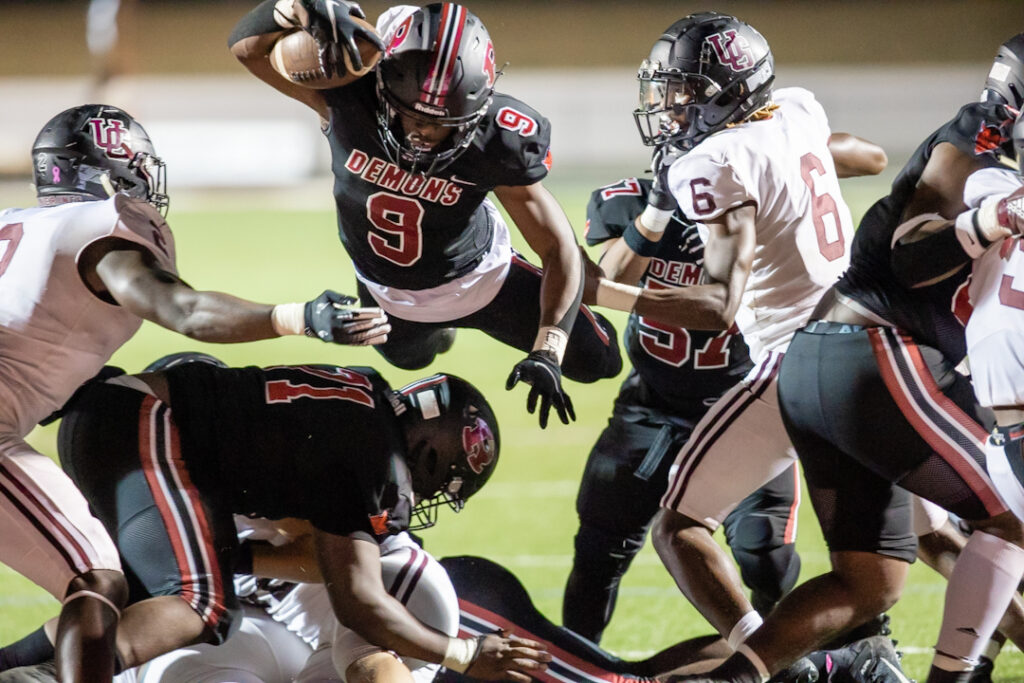 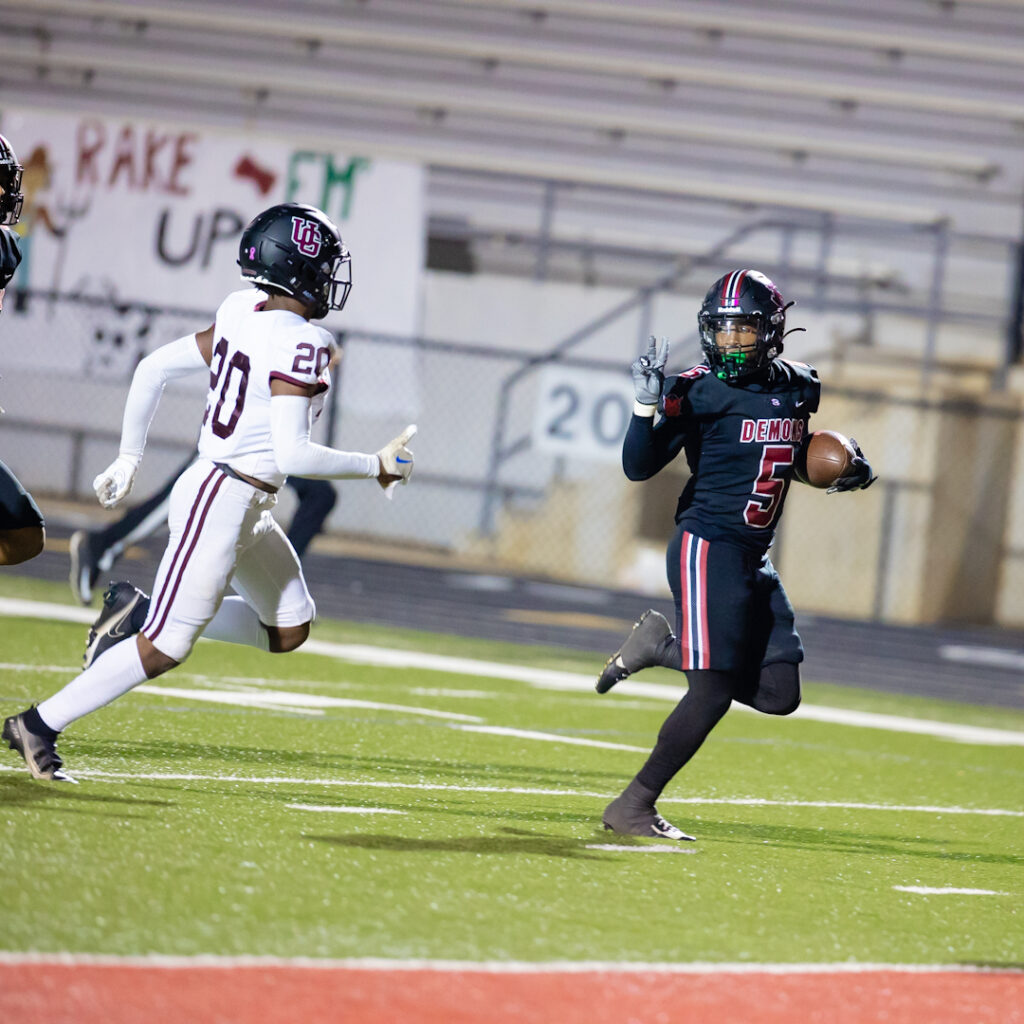