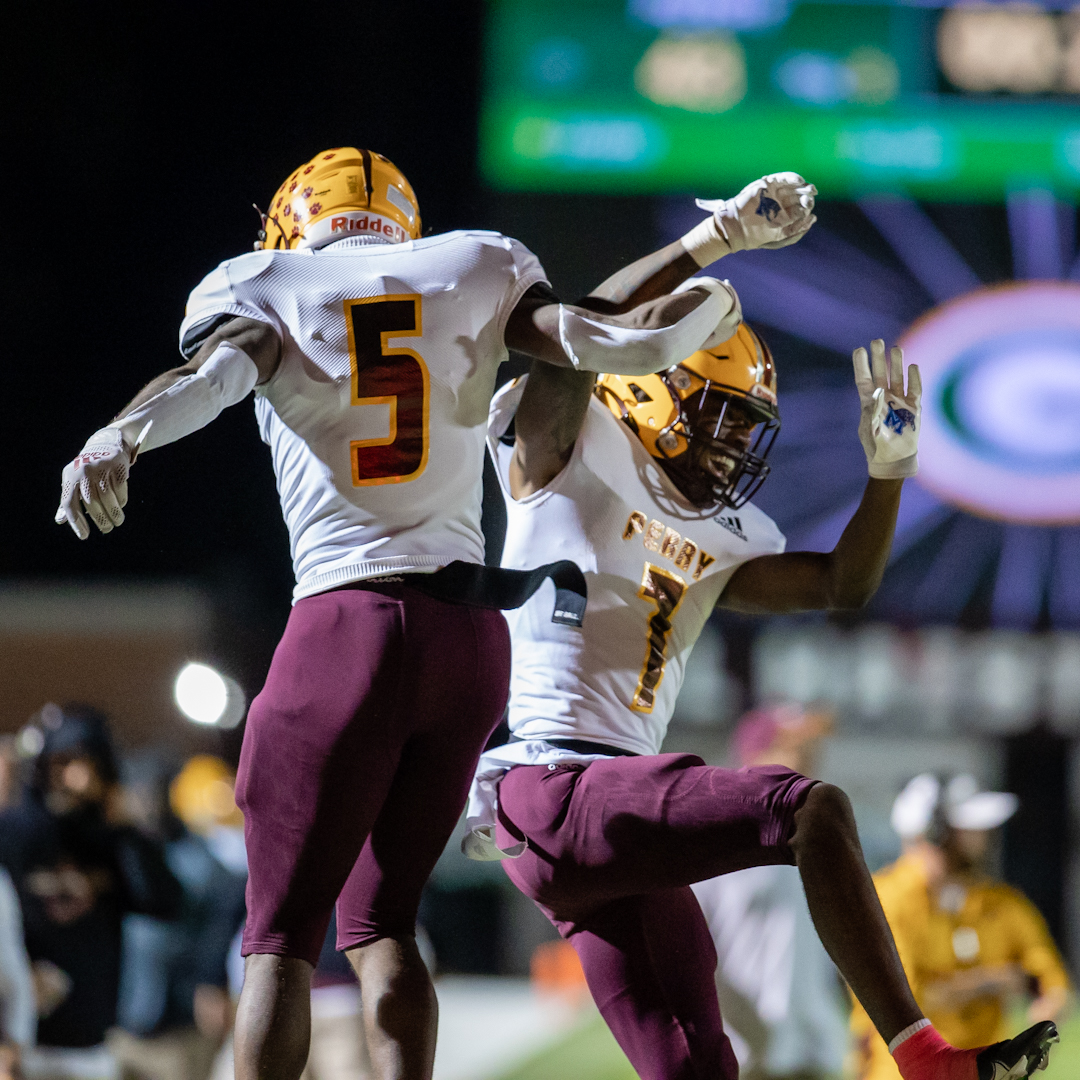 Another opponent. Another dominating win for Perry. This time it was Griffin. The Bears were the host Saturday but fell badly 50-7 – the second half played via a running clock. 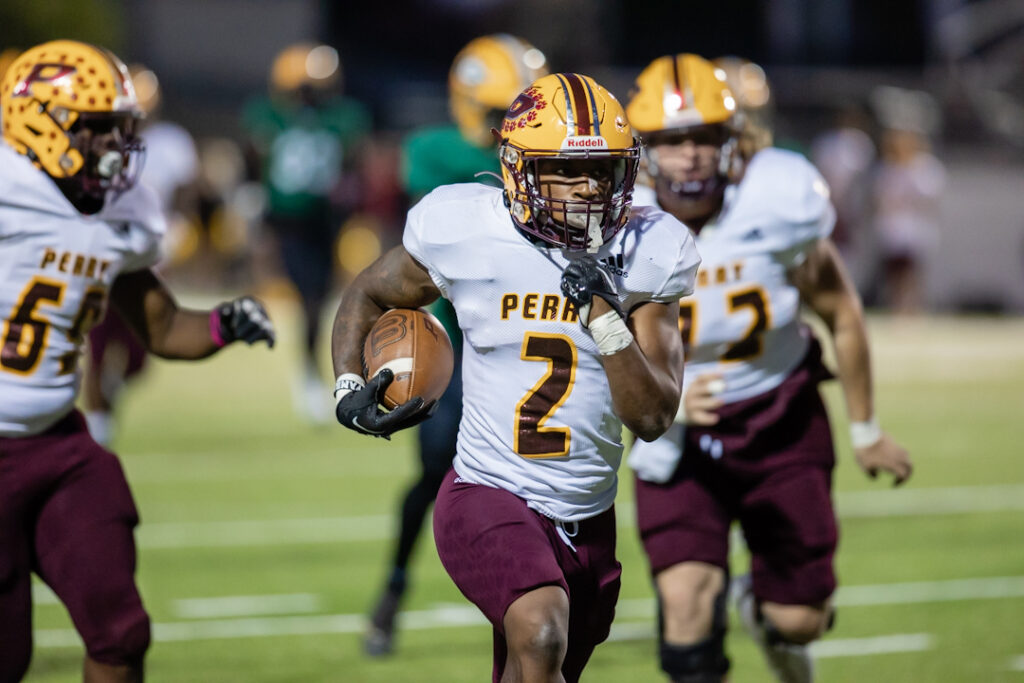 Perry never punted in the first half. (It also enjoyed great field position for the majority of the night while the Bears had the exact opposite.) After holding the home team to start the game, it – Dakarai Anderson – scored on the first play from scrimmage. On a jet sweep, he scored from 23 yards out. The Panthers held again. This time they came up short on their drive, but not so much that they couldn’t call on Caden Camp. Camp, who also made the point after on the touchdown, easily made the 25-yard field goal.

Perry held. Perry scored again. Demetrious Carter finished off the drive with a six-yard run. Camp made it 17-0. Griffin was forced to give it back. The Panthers scored again on the first play from scrimmage. This one was on a screen pass to Anderson who, behind his blockers, took it to the endzone 45 yards away. Camp made it 24-0 with about a minute left in the quarter.

After another defensive denial, Griffin punted again. That led to a nine-play, 65-yard drive with Carter scoring his second touchdown. This one was from the 1. A bad snap kept the point after off the board, but still made it 30-0.

The Bears’ only score came in the second quarter on a pick 6 by Christopher Williams. He picked off a pass from sophomore Brayden Gay, regrettably, his first pass attempt. Gay stuck around long enough to redeem himself, but Caleb Wilson more than erased the memory when he ran the ensuing kickoff back 90 yards for a touchdown. All of that played out around the four-minute mark of the second quarter and put Perry up 37-7. Plus, De’untae Kendrick picked off a Griffin pass on the Bears’ next possession to doubly cover the spread. That, after six plays, resulted in a 39-yard field goal miss by Camp – 34 before the Panthers were penalized five yards.

The Bears touched it last in the first half but went nowhere. 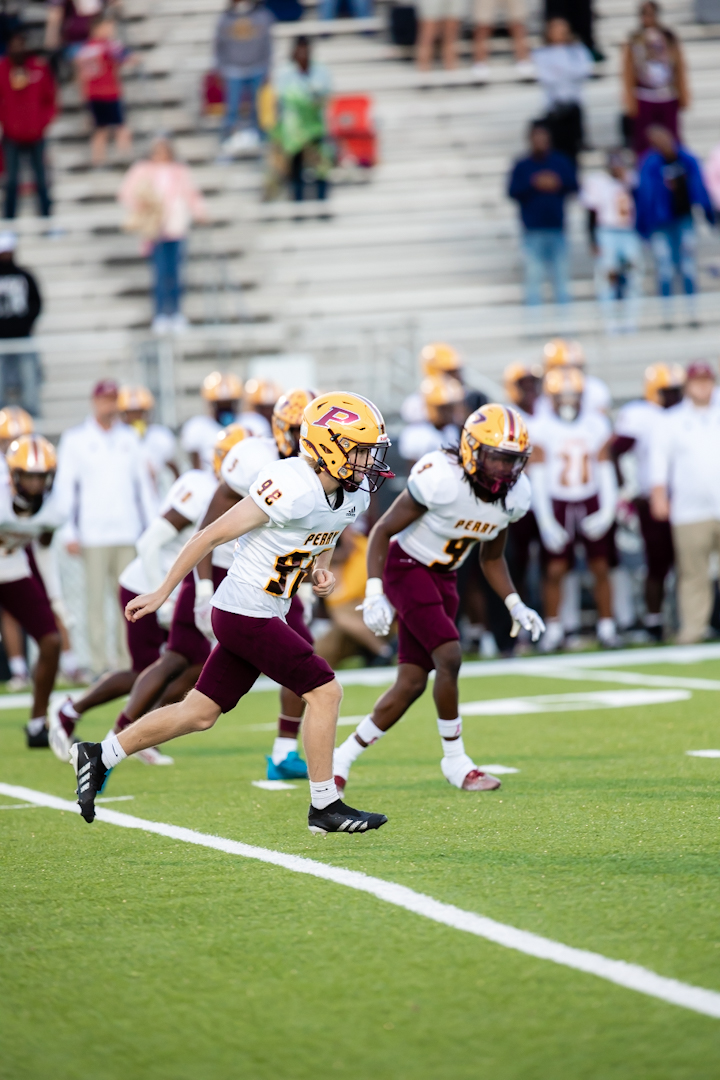 Perry, with plenty of fresh legs and faces now in the game, went three-and-out to start the third. Griffin was also held to a three-and-out, but the difference was it never got the punt off. A bad snap gave the Panthers the ball on the host’s 38. It took nine plays and two fourth-and-one conversions – the last actually being carried in from the 3 by Camerin Marshall. The point after was no good making it 43-7 with 24 seconds left in the third.

Following a Griffin punt, Perry scored its final touchdown. It was on a five-play, 63-yard drive that was highlighted by a 43-yard pass from Gay to Maurice Hayes and finished off by a five-yard touchdown run by Gay.

The Bears punted and the Panthers, with 1:35 left, finished off the rest of the clock for the win. 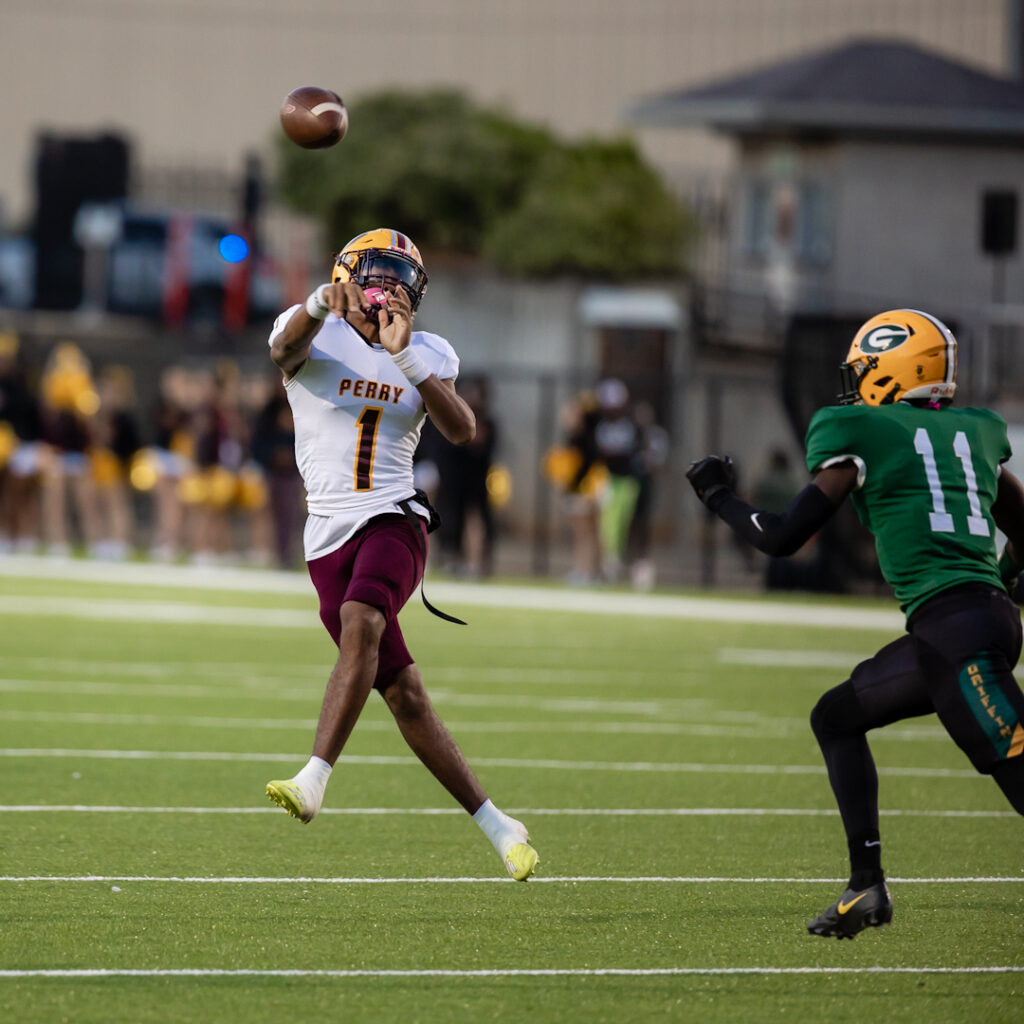 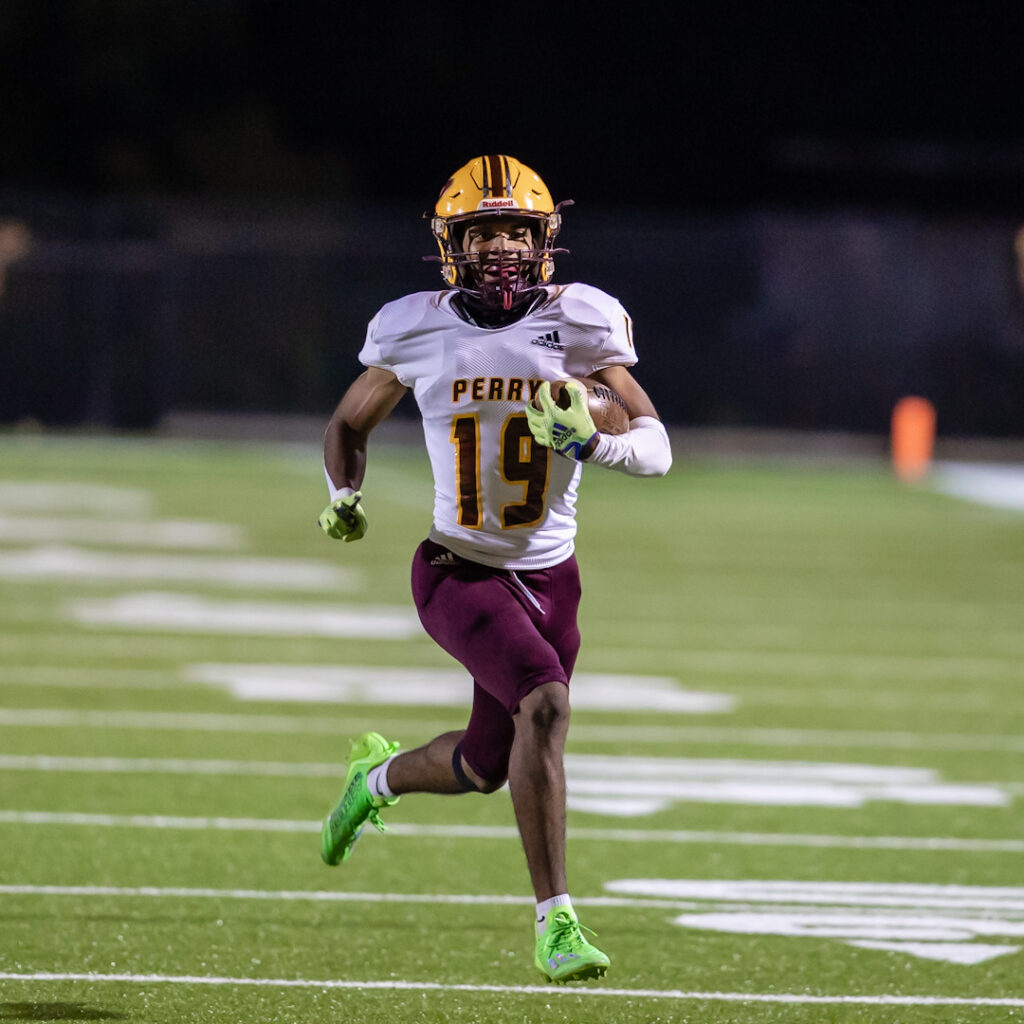