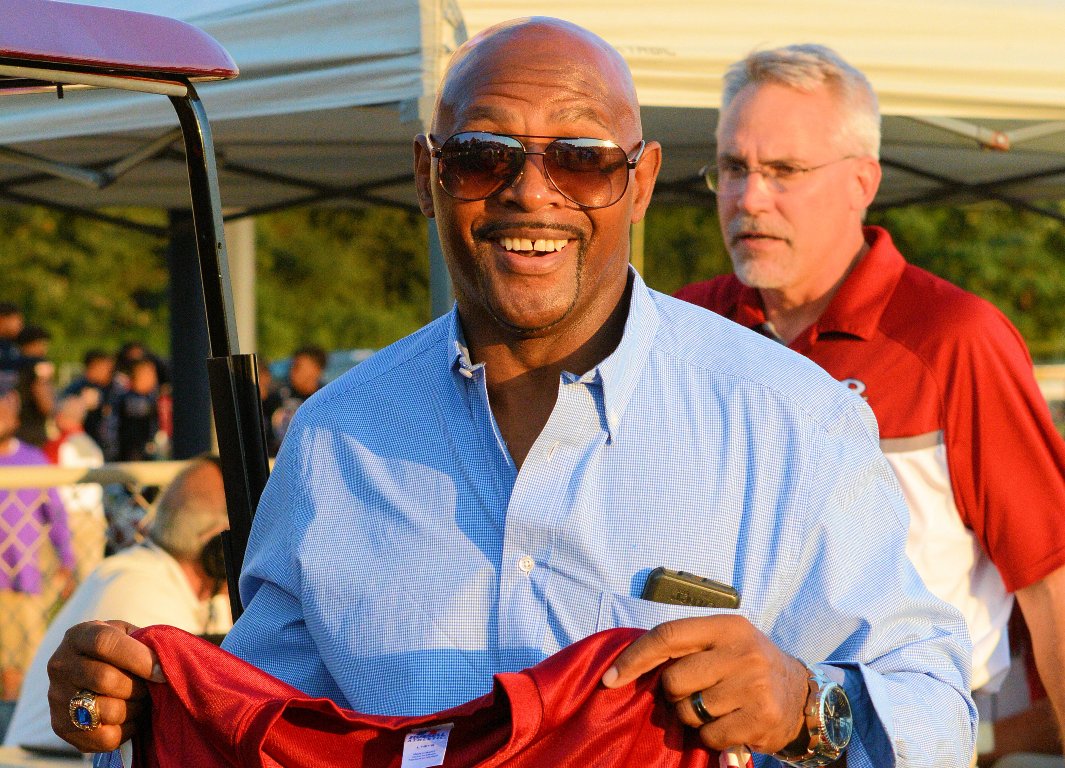 Few names in Warner Robins sports history are more closely associated with on the field  success than James Brooks,  for good reason.  Brooks played for Warner Robins High School where he led the

Demons to the 1976 State Title and National Championship.   He went on the play for Auburn University from 1977 to 198 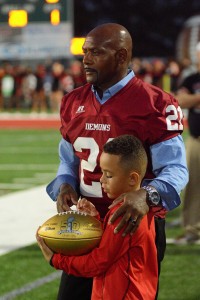 James Brooks prior to presentation Friday.

0 where he earned All-American honors, setting several school records and scoring 30 touchdowns.  His professional career was long by any standard, especially for a running back.  It spanned a decade lasting from 1981 – 1992 and included time with San Diego, Cincinnati, Cleveland and Tampa Bay.  A four time Pro-Bowler, Brooks retired with almost 15,000 all purpose yards.

Sportsmic caught up with  Brooks  when he was in town for the annual Warner Robins Vs. Northside rivalry game and for the NFL’s gold football presentation to Warner Robins High Shcool.  As part of its “On the Fifty” campaign to celebrate the 50th anniversary of the Super Bowl, the NFL is presenting commemorative gold footballs to the high school of every player and head coach who has appeared in a Super Bowl.  Brooks played in Super Bowl XXIII as a member of the Bengals.

Sportsmic is honored to present our interview with legendary Demon: James Brooks

Warner Robins native Todd Bailey is the host of the two featured talk show programs on the Sportsmic Radio Network.  Each week during football season you can catch Todd’s show “The Coach’s Corner”, featuring live pregame coach interviews, on Fox Sports 1670 AM and on Sportsmic.com, Listen Now, Smic Live Channel starting at 6 p.m.  Immediately following the home game at McConnell-Talbert Stadium each week, Todd takes back over the Middle Georgia air ways with “The Scoreboard Show” which features score updates and finals from across Georgia.  “The Scoreboard Show” is also available on Fox Sports 1670 AM and on Sportsmic.com (Smic Live Channel).