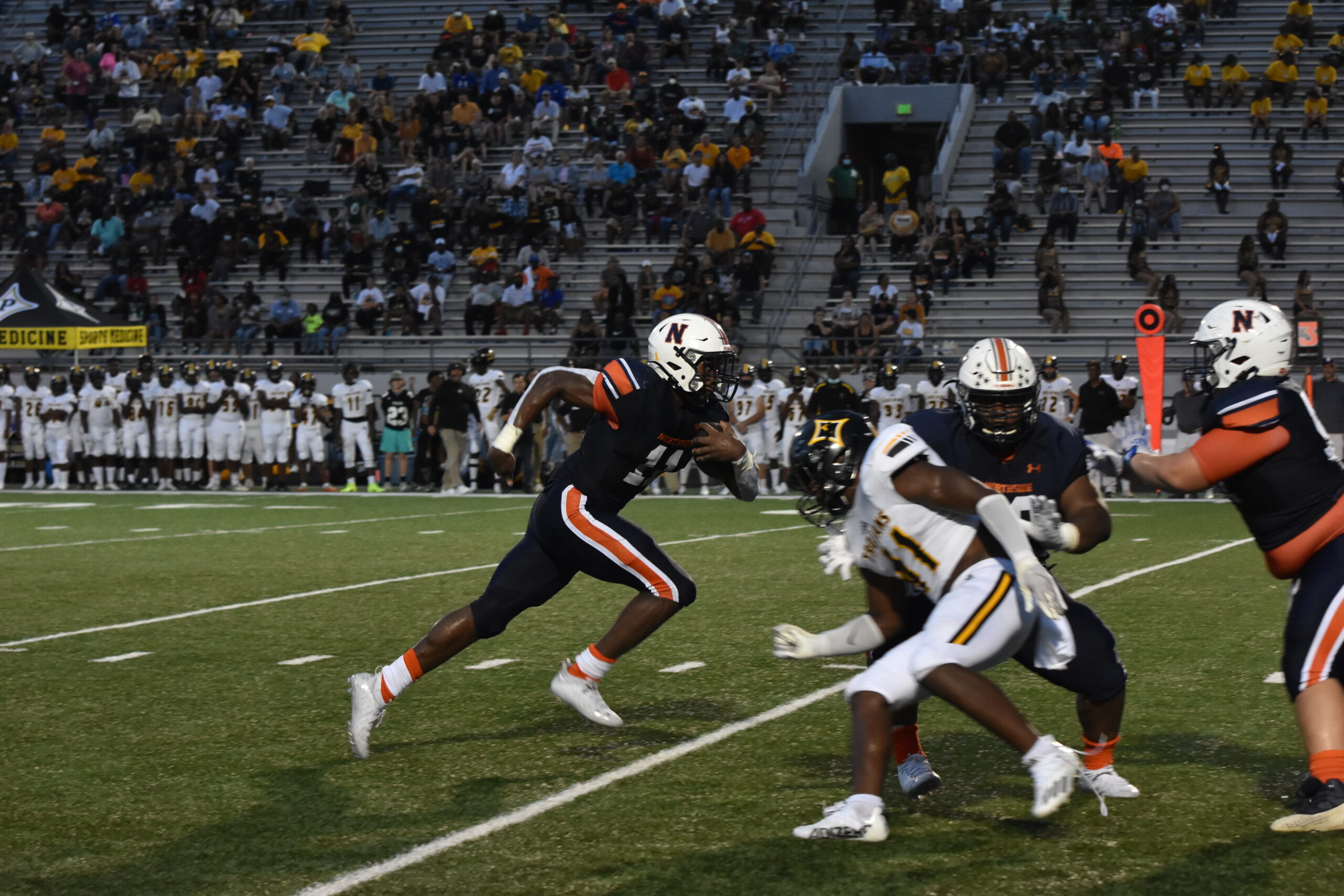 Peach County made a little noise late but it did little to deter Northside from earning its second win of the young season. The Eagles won 28-14. The “noise” was on the “field”, not on the “scoreboard”. Meaning: Peach, in desperation mode by then, kept a couple of drives alive by converting fourth downs. In each case it was plenty “noisy” – making one wonder if it indeed would be able to tie the game up and send it into overtime – but eventually ended with it turning the ball over on downs.

Both punted twice to start the game – each picking up a couple of first downs along the way – before Damien Dee platooned his way into the game at quarterback. He threw one pass. It went to Centavious Lowe. It was for 59 yards and a touchdown. Ashton Paredes made the point after and the Eagles were  up 7-0 and on their way. The score came with about 30 seconds left in the quarter.

The Trojans punted again after that, this time without a first down – the Eagles’ defense really asserting itself at that point.

Northside took it on their own 36. It was a bit of a strange drive following – at least near its end. In particular, an interception by Peach County in the endzone on a fourth-and-11 that appeared to end the drive, but instead the Trojans were flagged. The Eagles gained five yards from the difference, then made the fourth-and-six. Micah Thurman eventually ran it in from the 12. Paredes made it 14-0 with 6:56 left in the half. The drive went 65 yards and took seven plays.

Peach County answered that with a seven-play, 65-yard drive that ended on a 19-yard pass from Chris Martin to Isaiah Mitchell. Mason Maddox made it 14-7 with his point after. The clock was at 5:11.

The Eagles were unimpressed, as they responded with an 11-play, 80-yard drive. It was capped off by Dee’s 39-yard pass to Micah Thurman. Paredes made it 21-7. Dee finished the night 2-4 for 98 yards and the two scores. Brown was 7-17 for 56 yards and a touchdown. He also ran for 93 yards on 10 carries. Thurman had 43 yards on 10 carries and Michael McClendon had 37 on eight carries.

All told, Northside had 346 yards of total offense. Peach County had 185. 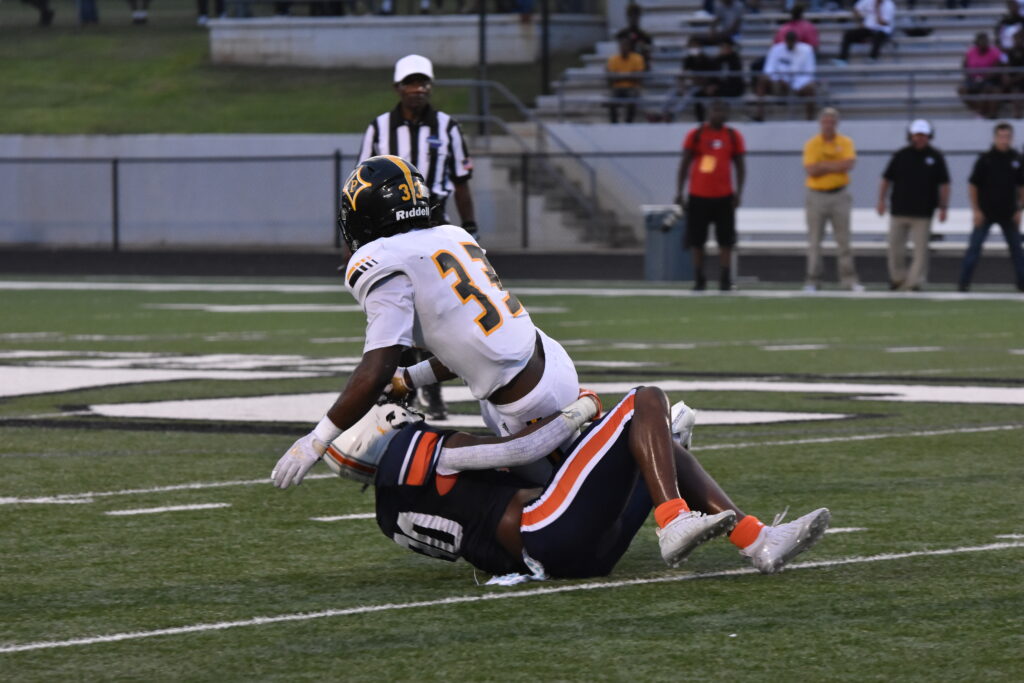 Both traded harmless interceptions to finish out the half.

The Trojans started the third with a seven-play, 65-yard drive, that ended with Ladaria Leggett scoring on a 13-yard pass from Martin. The point after made it 21-14 with 9:30 left in the third.

Northside put together its winning score in answer to that. It started on the 20, went 11 plays and ended on a 25-yard pass from Brown to Duke McClinton. There was also the completion of a fourth-and-one and a recovered fumble along the way. Paredes’ point after made it the final score.

Although they still had some success moving the ball, the Eagles were forced to punt on their next three possessions after that – some critical penalties didn’t help. Peach County put together lengthy drives but came up empty on each. It fell to 0-2.

Finally, with about a minute left to play Northside got the ball and was able to run out the clock in victory formation. 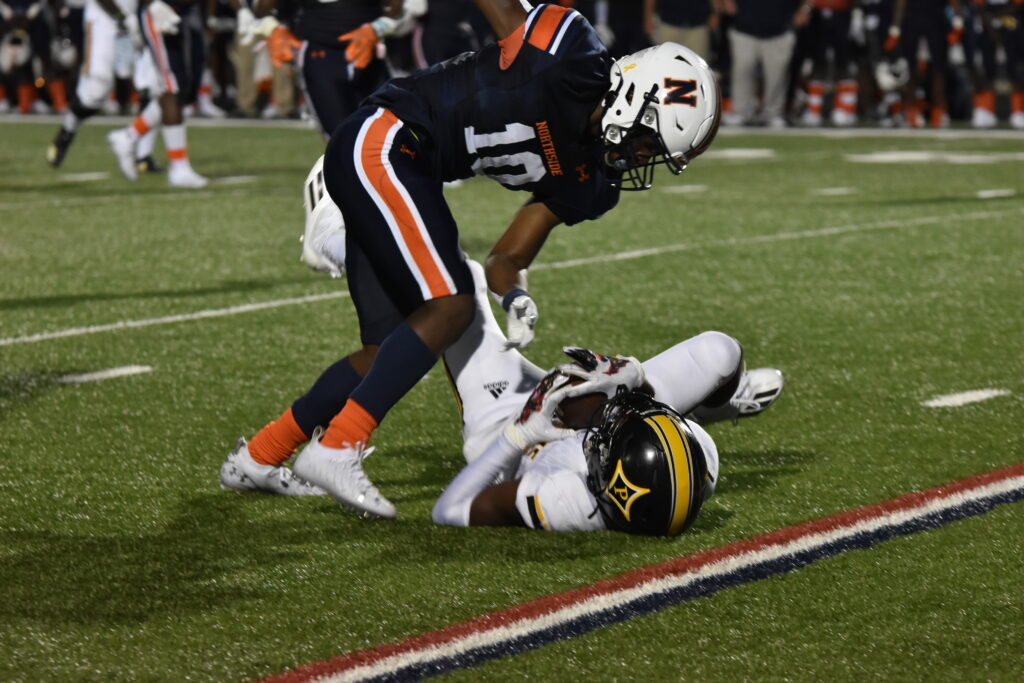 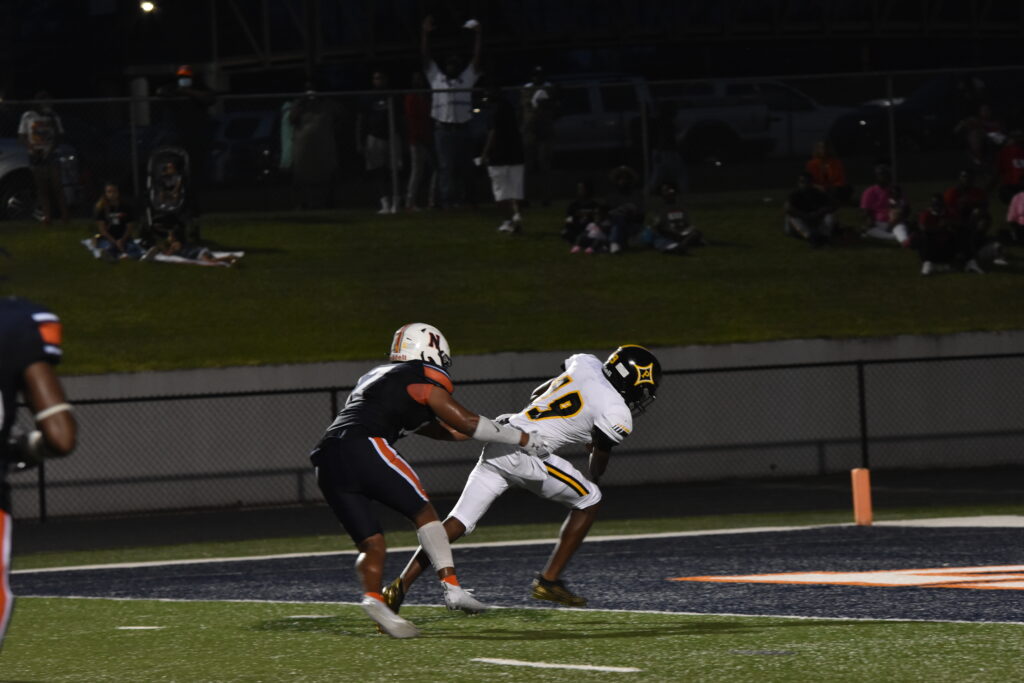 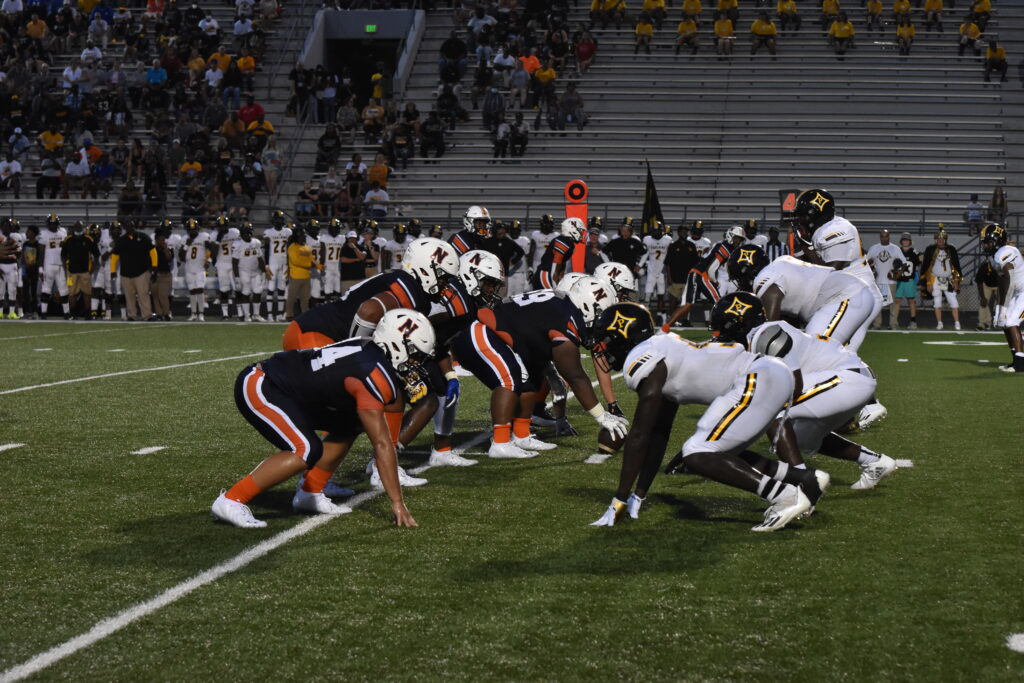